You can not play this game for free
For free slots game go
Play free
or
(19 votes)
Full screen: Report a Problem: close 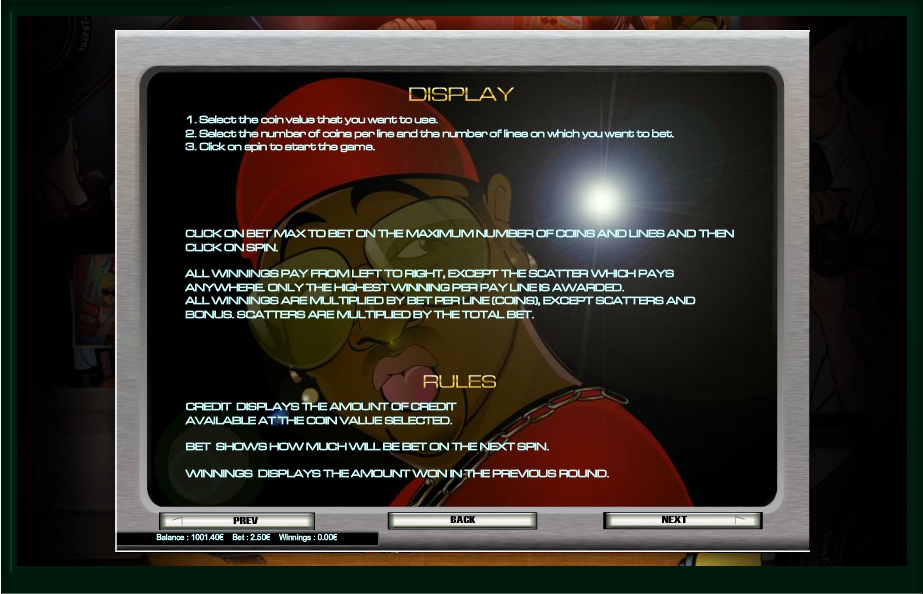 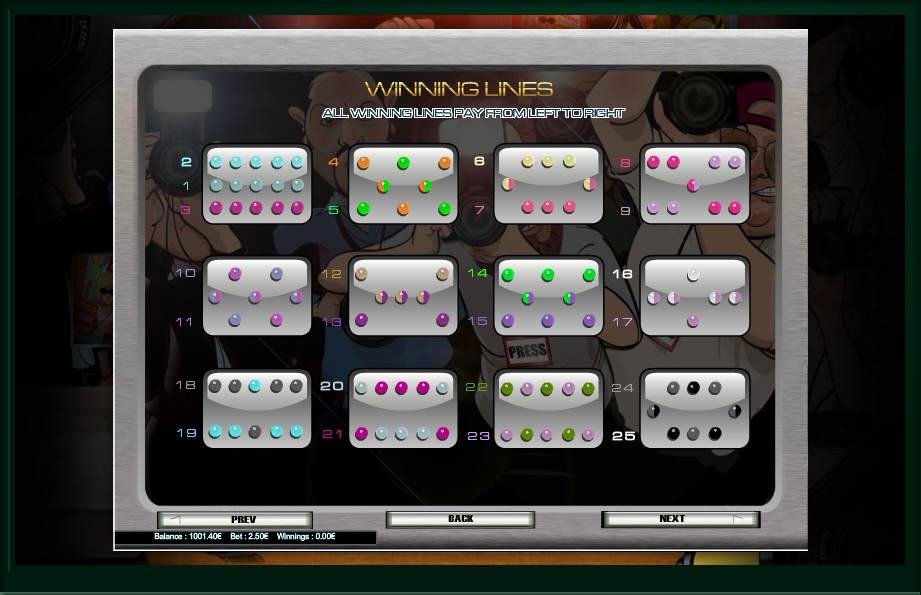 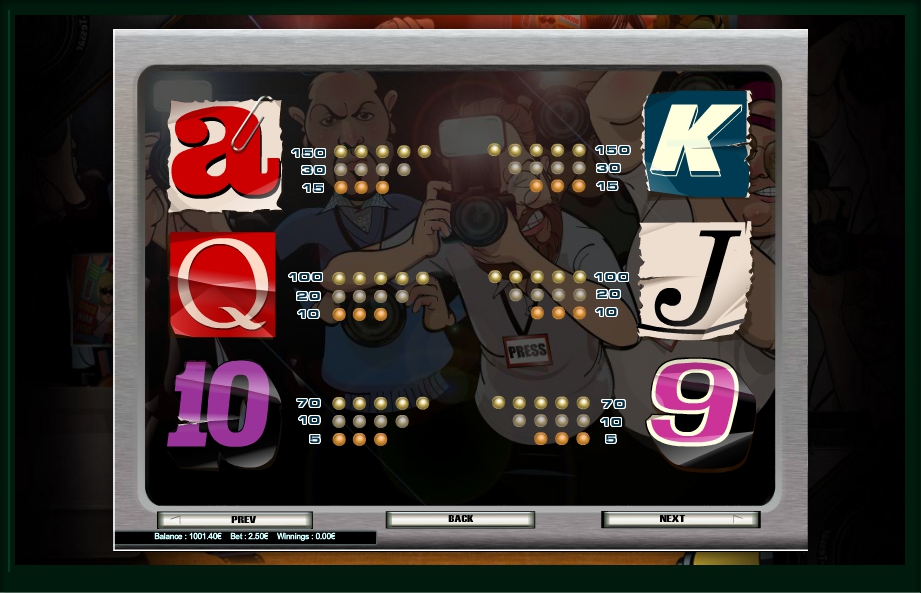 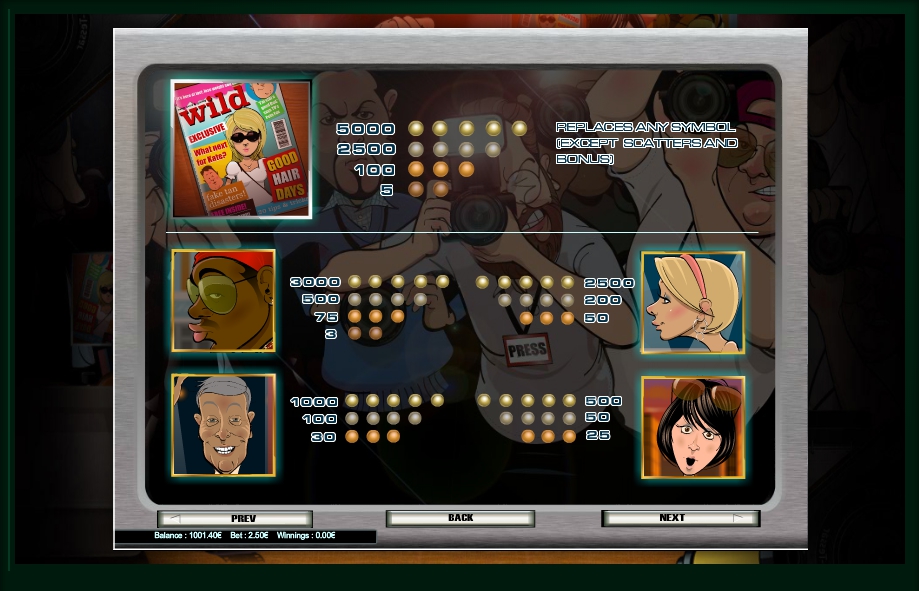 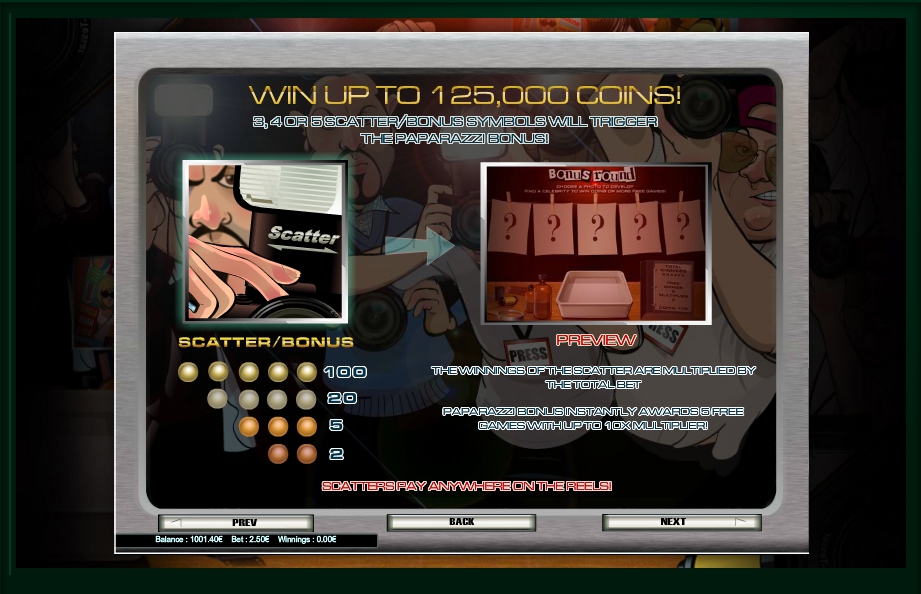 The modern world of celebrities fascinates people with a kaleidoscope of events. This is a very competitive world where only the strongest survive. A lot of people dream about feeling like a star, at least for a moment. But you’re not one of those. You are a professional paparazzi, who hunt sensations. Your work can be compared to the detective’s search activity. The loudest revelation of the century is at stake and you will not miss this moment! The Paparazzi online is designed in a spirit of reporting.

The workflow is like the newspaper clippings and tapes of an undeveloped film. The design of the control buttons is similar to the function keys of the camera. The musical soundtracks have a note of adventurism and a thirst for the sensation.

The gambling workspace is quite original, but intuitive also. There are all the necessary working elements to start the game. During the game, 5 reels and 25 lines are involved. Our goal is a successful reportage, so it is very important to collect several identical photos in one row. This will bring you victory. You can place up to two dollars per line. The minimum rate is only 0.20 cents. Depending on the size of the initial rate, the payment can reach up to 250,000 thousand.

Not a bad income, right? All you need is a successful snapshot and things will go up the hill. A beautiful image, comfortable gameplay and a well thought-out reward system will not leave indifferent fans of the art of Las Vegas titles.

Among the bonuses, an icon with the news magazine about the life of celebrities should be noted. It is a wild symbol that affects the victory and the amount of reward, regardless of the line it has appeared on. If such symbols are collected not in a line, then you can get an increase x5000 or up to $ 10,000. It’s quite a pleasant bonus.

If you collect three or more paparazzi characters, you will get free spins. Like a real paparazzi, you hunt celebrities and make compromising pictures. A number of such photos can become a scatter symbol.