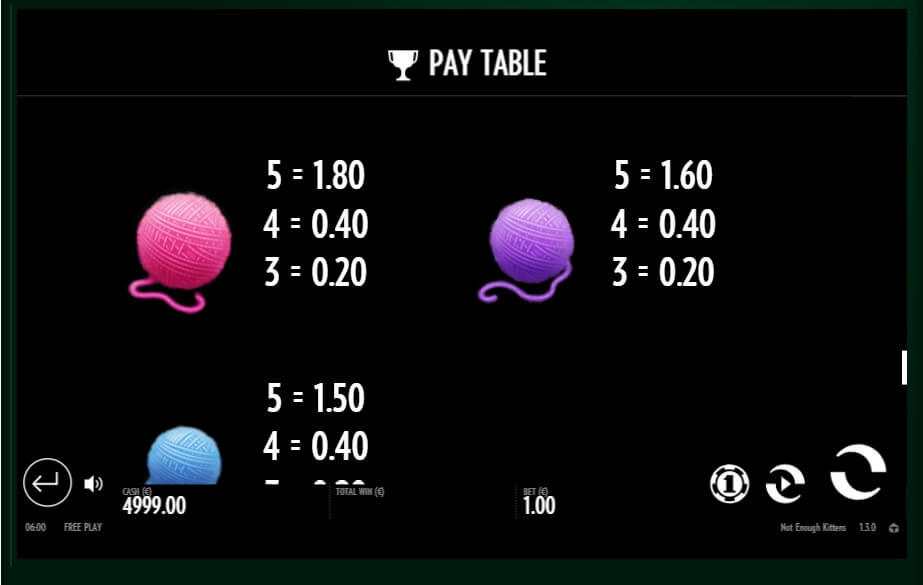 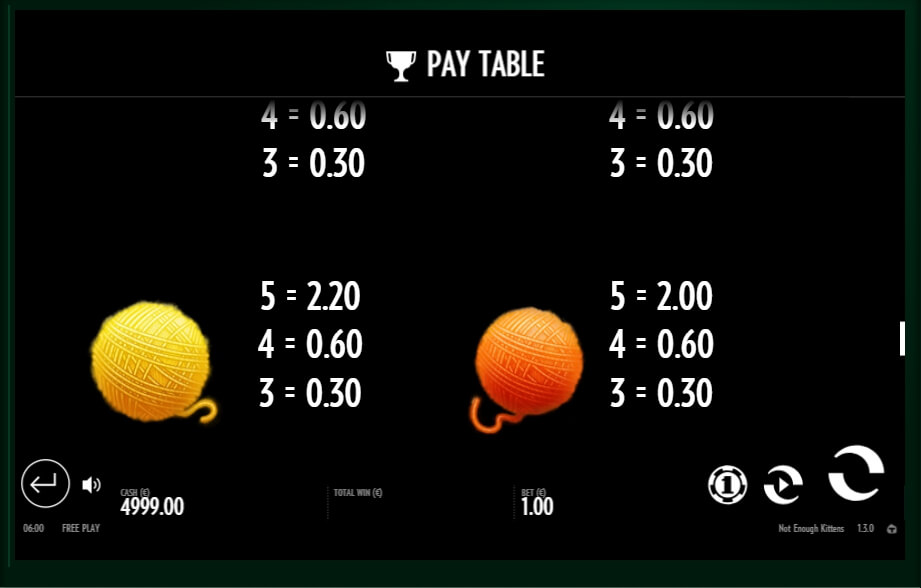 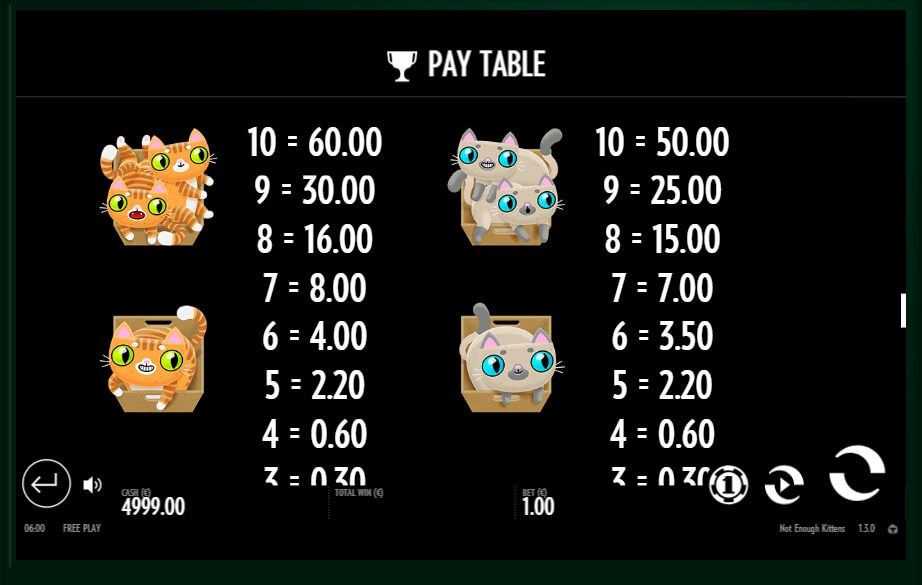 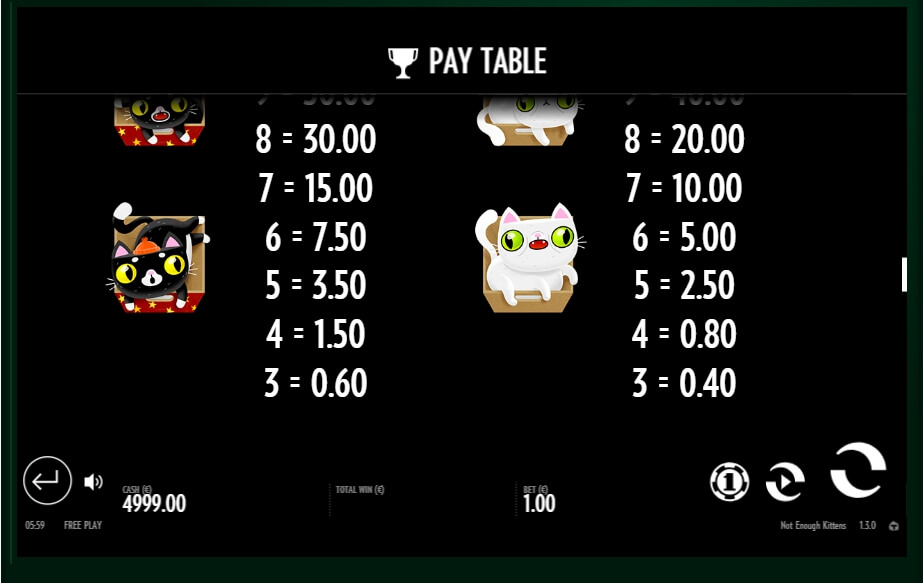 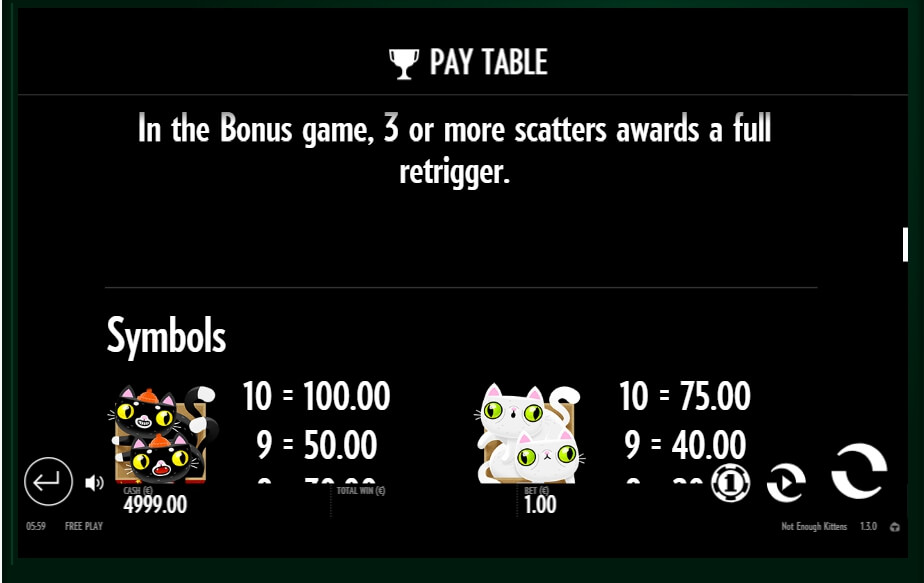 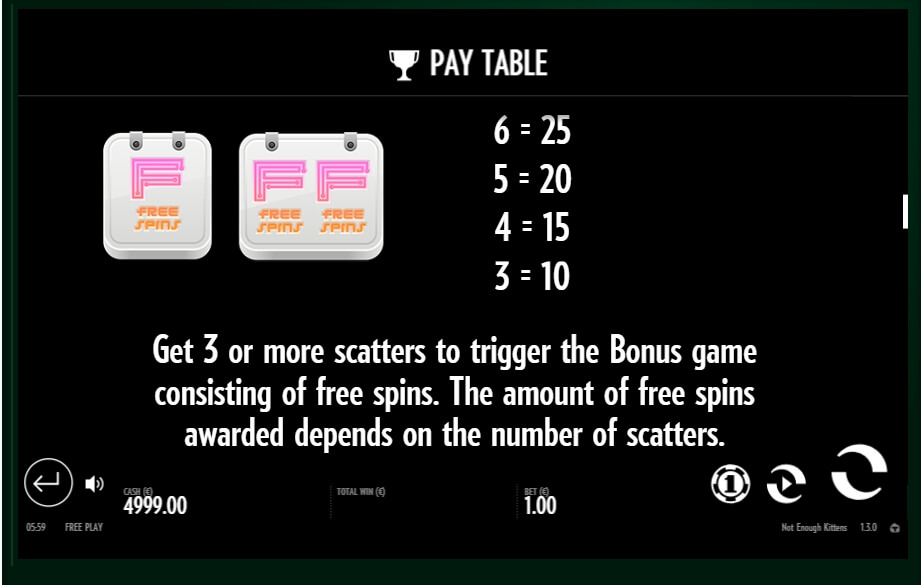 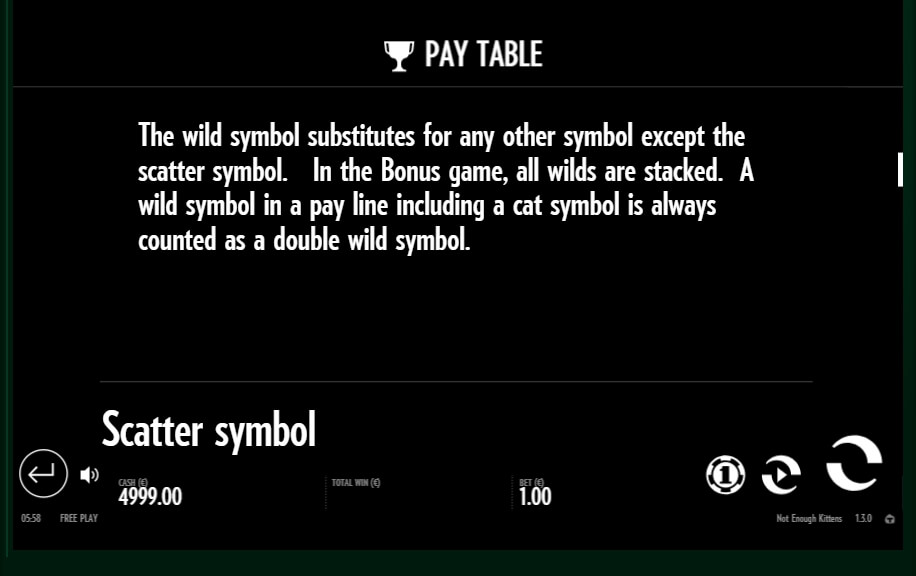 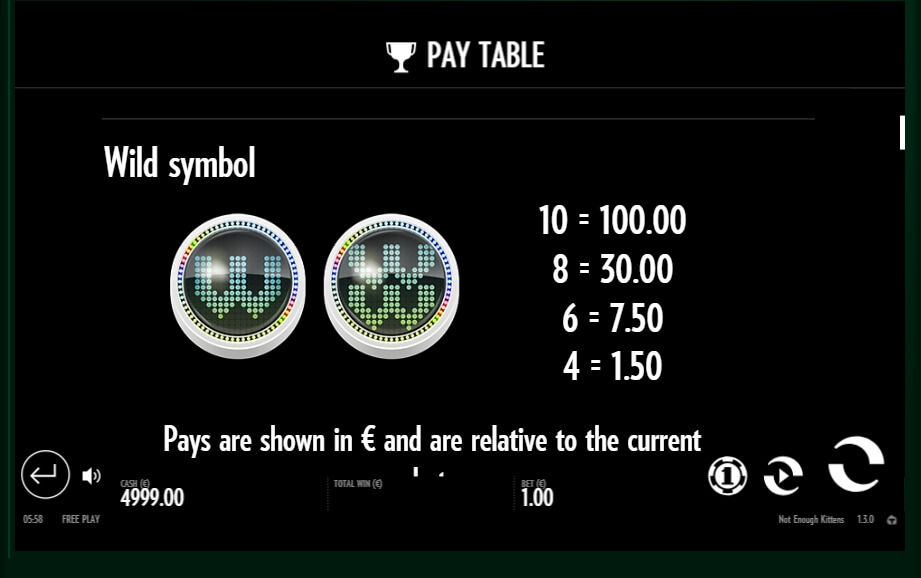 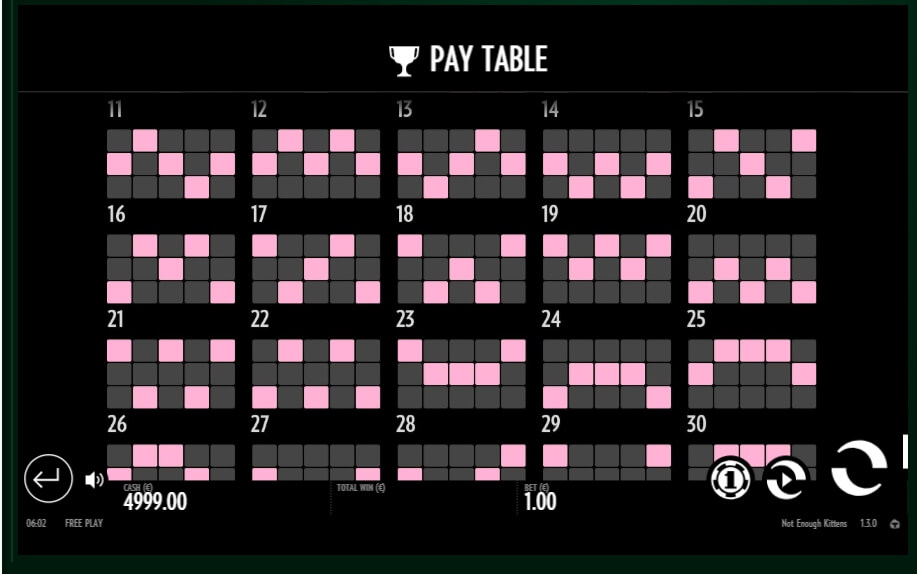 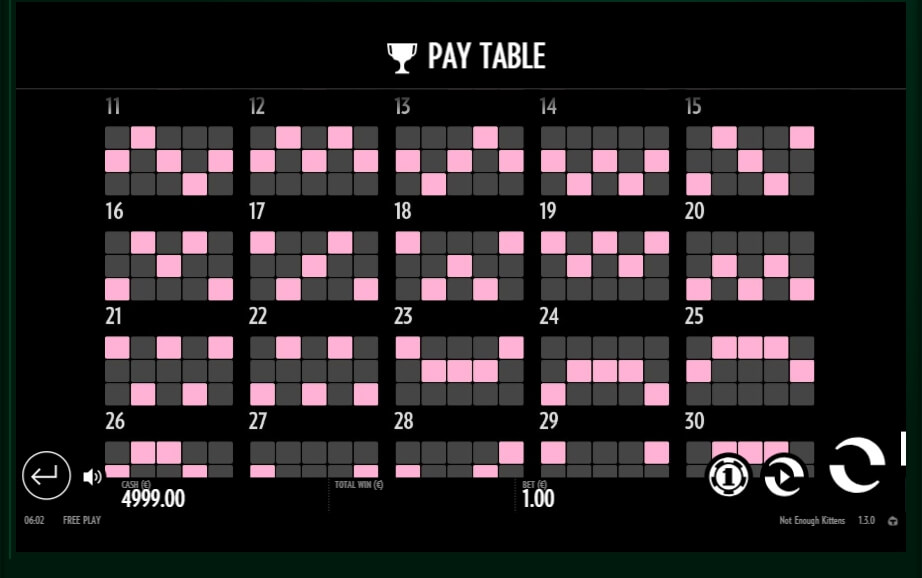 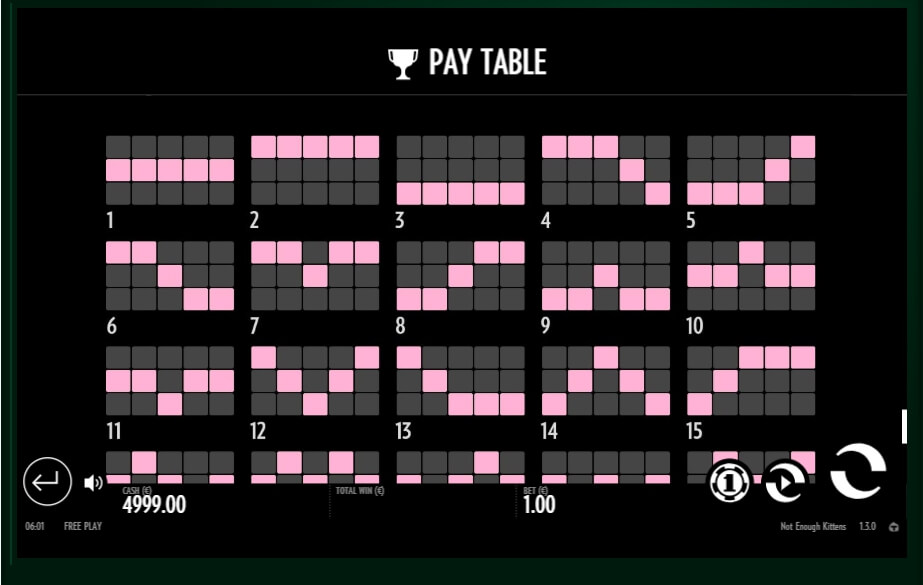 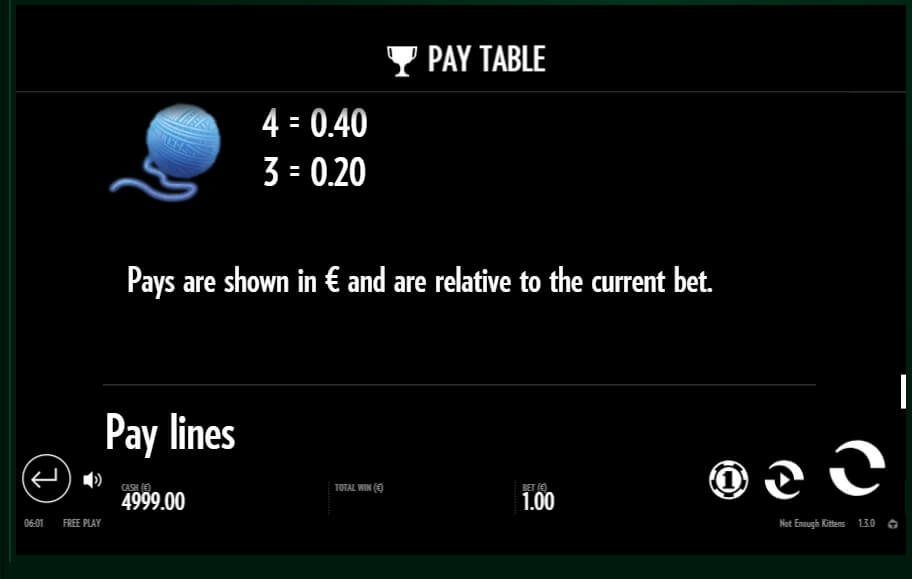 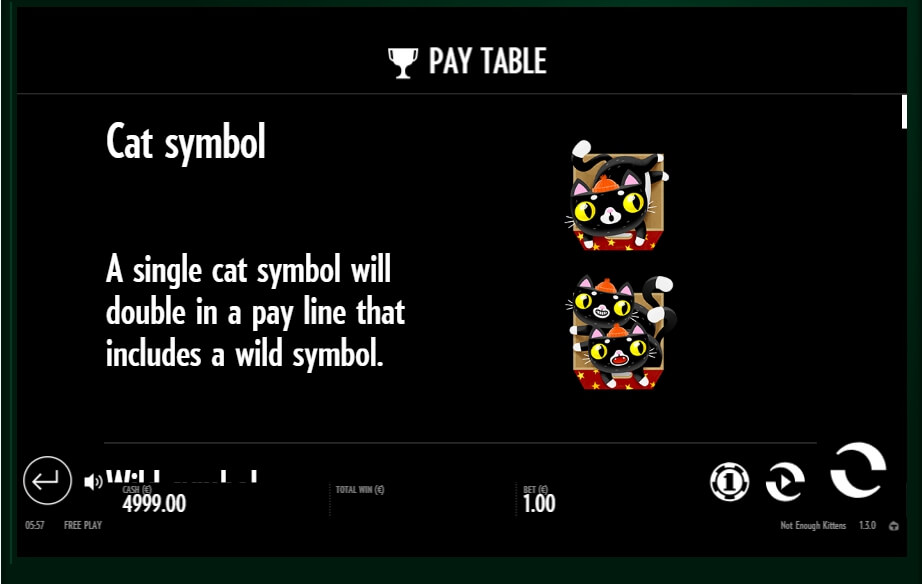 When hearing such a thing, you may argue: what is up with those kittens, and why cannot they be enough? The answer is simple: just look at them. Just hear them meowing and purring, and pacing, and playing with their tales, and you will understand: indeed, no kittens will be enough for the whole world – they are too cute. The very same thought stroke the minds of the Thunderkick game designers team, and they decided to solve that problem in order to provide even more kittens to all gamblers all over the world.

Not Enough Kittens – Have Fun and Be Happy

As a result, now everyone can just sit, relax and watch the kittens playing on the screen, and that is combined with the fact that it is an arcade slot machine, which means you are not only watching the kittens, you have an opportunity to play with them, and to win some cash. Is not that cute after all? Thus, take a seat and check what is inside of this little pretty slot.

Not Enough Kittens Gameplay and Prizes

Within its heart, Not Enough Kittens looks like a little playground where you can barely see that it is divided into 5 reels of 3 rows. On 35 paylines, you have an opportunity to collect kittens of various colours and natures.

Black, white and orange, they are all here for you. Along with that, there are two kinds of each kitten symbol you may catch. The first one is a little lonely kitten in a box, and the second one is a basket of two tiny little beasts, purring together and looking just at you.

Not Enough Kittens Features and Bonuses

As for specials, the first thing that should be mentioned is a secret pink kitten. Right after you collect enough of them from one spin, you will enter a free game mode where no bets are to be placed. In this case, you will not able to raise your bet, so you will play by the same rules as before the free spins were acquired. Still, all the winnings you have earned will be collected at the end of the whole playthrough.

The second point is a black fan wild symbol that helps you to both build big combos and transform lonely kittens in the boxes to similar ones and thus to match couples. The third point is a chance to win a 10000-credits jackpot, if you are lucky enough for it.

Roasty McFry and the Flame Busters