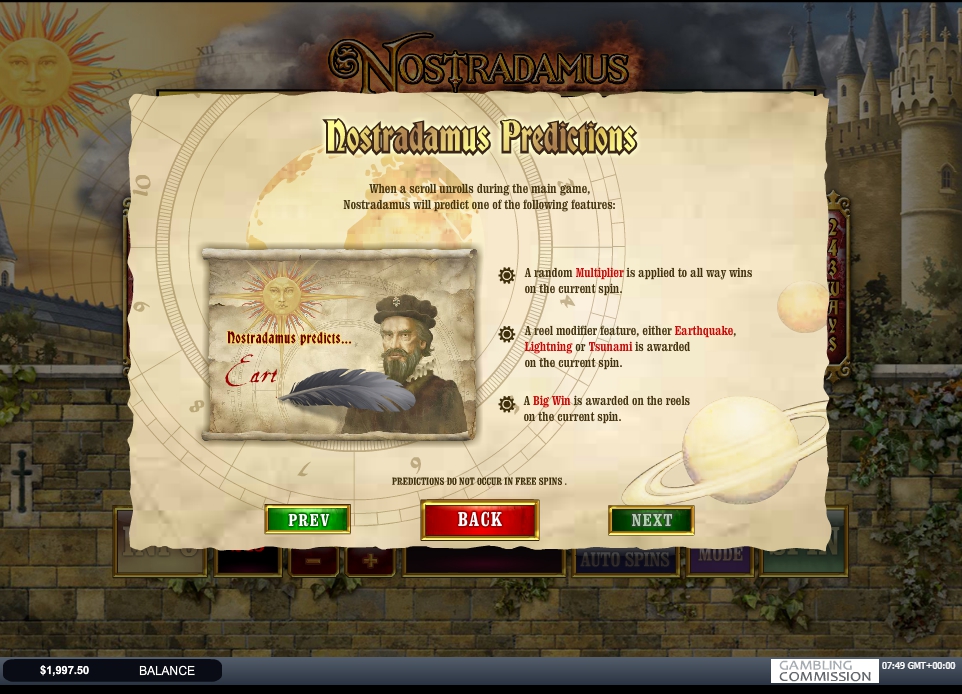 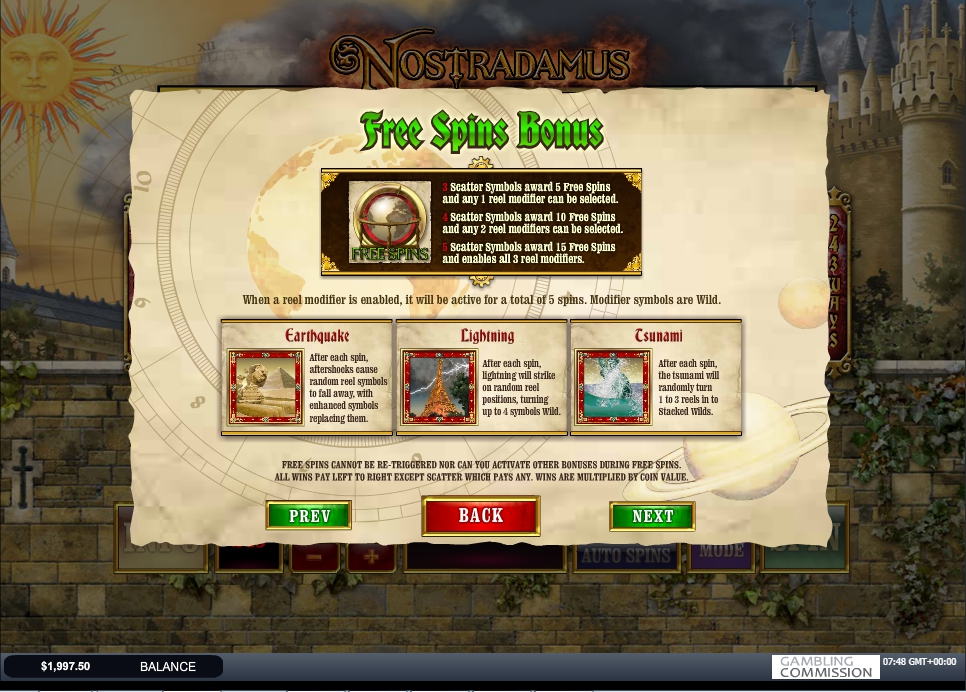 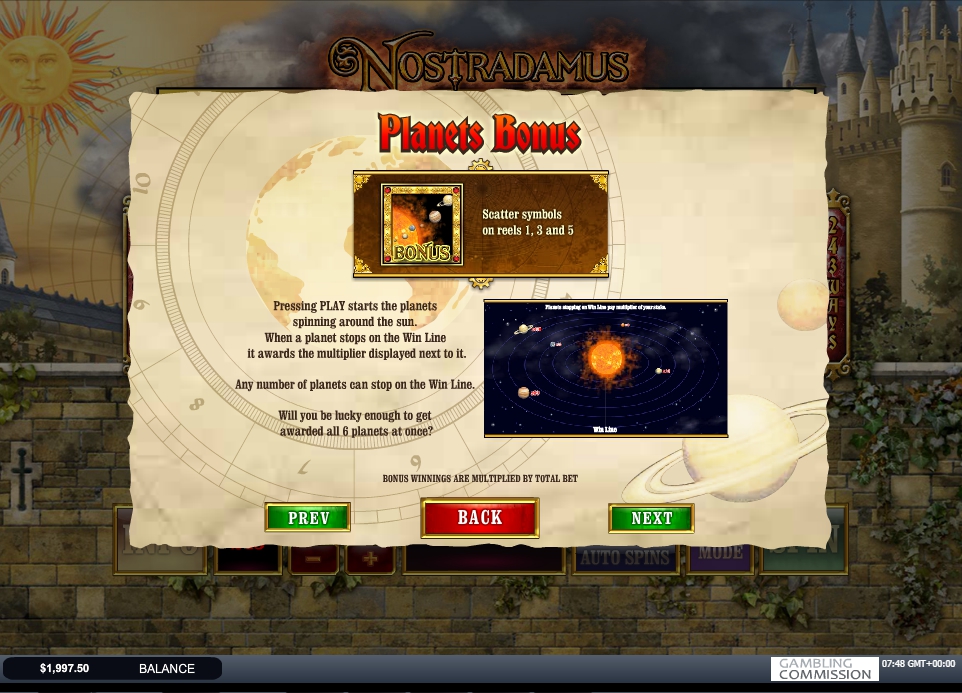 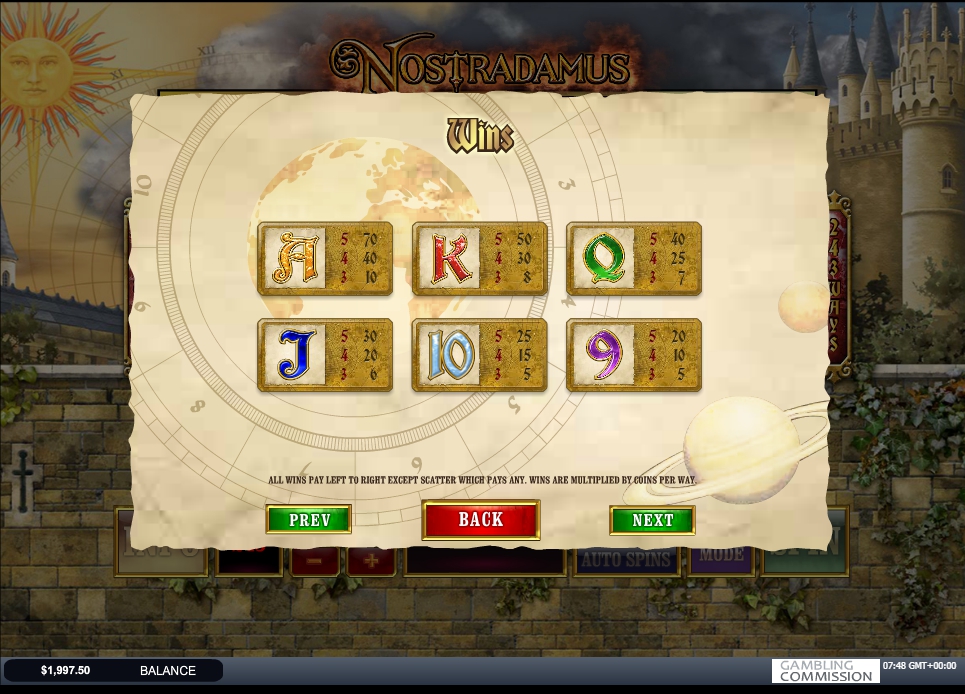 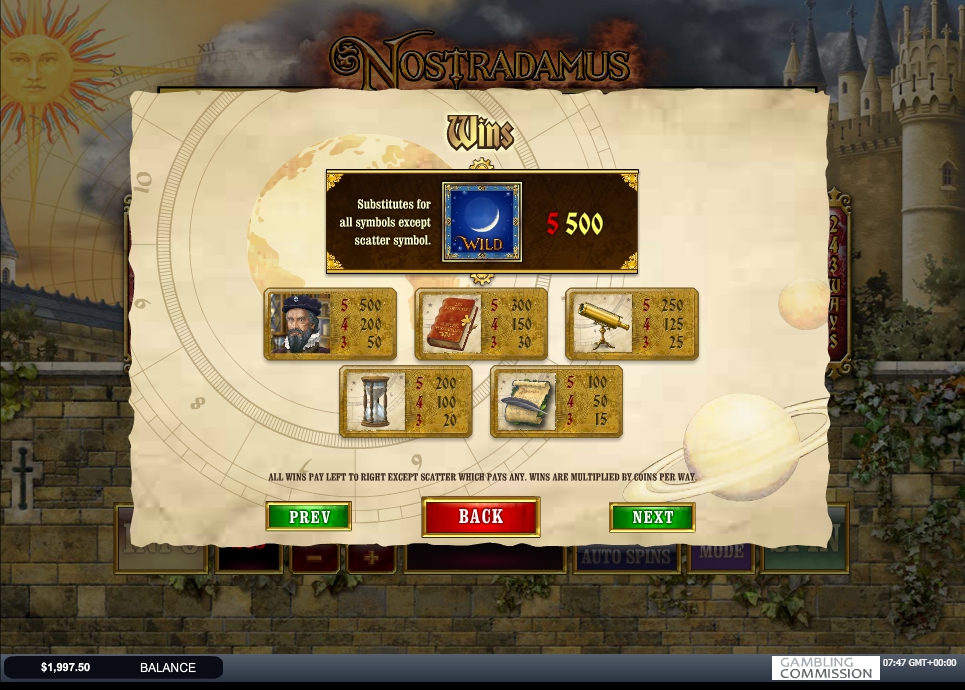 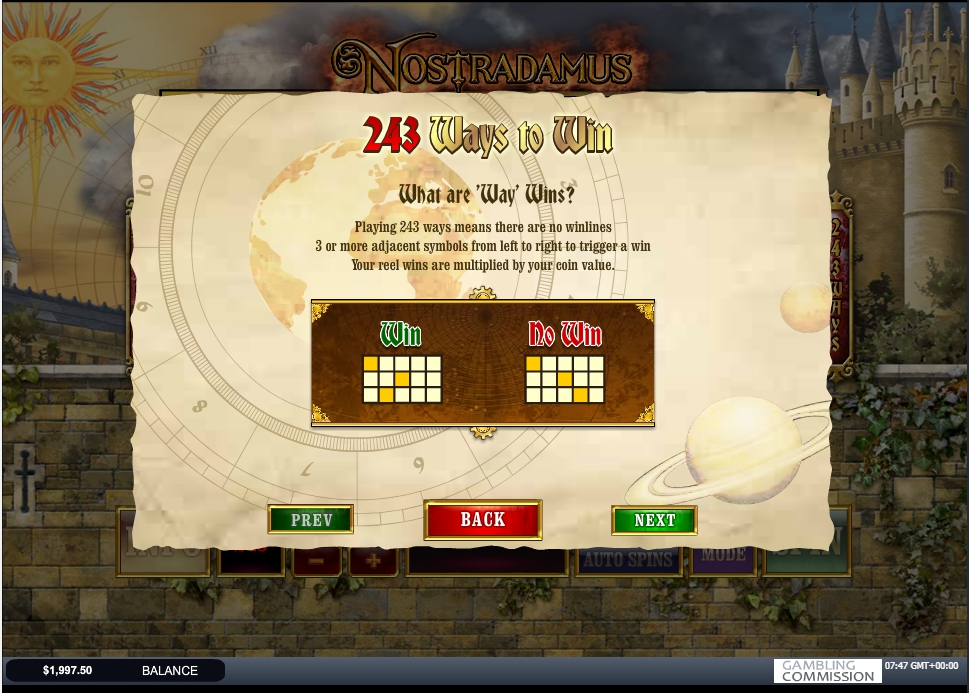 People are constantly trying to look into an unattainable and mysterious future, so magicians and fortune-tellers of all stripes will always be popular. One of the most famous prophets in the world was Nostradamus, whose visions surprisingly often came true. Ash Gaming Company offers you to get acquainted with this prominent historical figure in the new Nostradamus Prophecy five-reel slot. This slot is available free of charge on our website.

The playing field of the Nostradamus Prophecy slot is made in a form of ancient manuscripts with predictions as if released from the pen of Nostradamus himself. The design of the slot is very nice and original, like any Ash Gaming creation. Among the game symbols, you will find a telescope, a scroll with a feather, a globe, an hourglass, a portrait of Nostradamus and various images of planets of the Solar System. The slot machine contains 5 reels and as many as 243 possible game combinations that will bring you a win. The wager in the game is fixed, reaching 25 coins per line, and the range of rates varies from 1 to 50 cents.

A player can control the slot using the following commands on the control panel:

The jackpot is equal to 500 bets, so it makes sense to immediately play big. However, if you are a beginner, then you can play Nostradamus Prophecy in the free mode.

Bonuses and features of The Nostradamus Prophecy Slot

A set of special characters affecting the gameplay in the Nostradamus Prophecy video slot is standard, but the characters themselves have their own features.

Even if you consider yourself indifferent to any gambling slots, the Nostradamus Prophecy free slot will please you. It’s unusual, intuitive, with lots of bonuses and an extremely pleasant design. Ash Gaming Company has totally beaten up all rivals and pleased all its fans once again.