Many kinds of fruits, tasty berries, fairy 7, asterisks and other classic images – that’s what you’ll see in a 5-drum video slot called “Music Island”. In this case, they will meet you here in the images of popular musicians. Try to guess: who exactly the developers meant in each character. And what else the slot machine is interesting, we will try to tell you just below.

Fans of this kind of games now have a unique opportunity to visit the trip, even the virtual one. To be on the unusual musical island, it’s enough just to run this video game. It opens the road to the unreal world of adventures that unfold on the shore. True, the user will be on the island not alone, he/she will have a company of cute and beautiful characters who have long been there in absolute solitude and will be very happy to find a new friend. And as a symbol of gratitude, they will give you a unique chance to get real money without even going to Las Vegas. In addition, there are no obstacles for classroom leisure – there is no registration and no downloading. 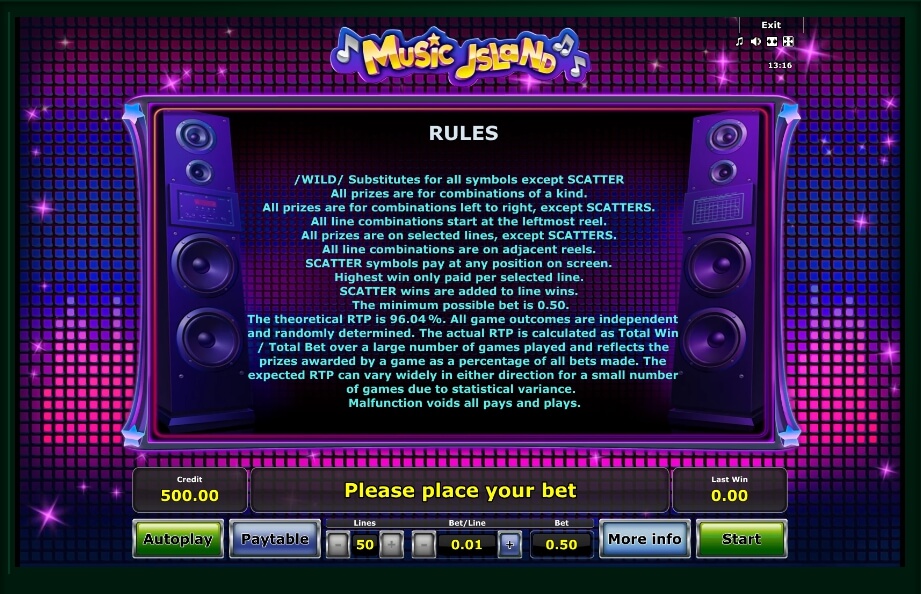 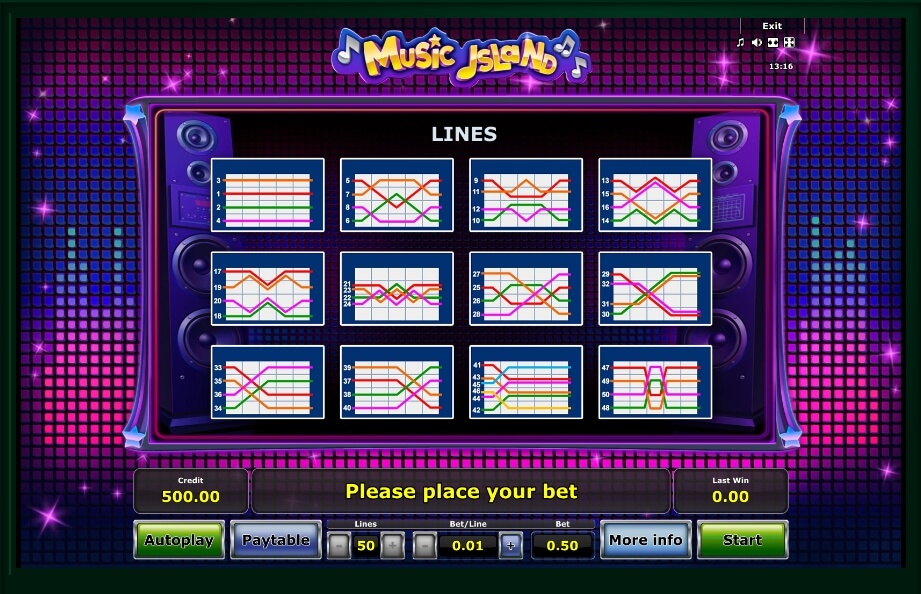 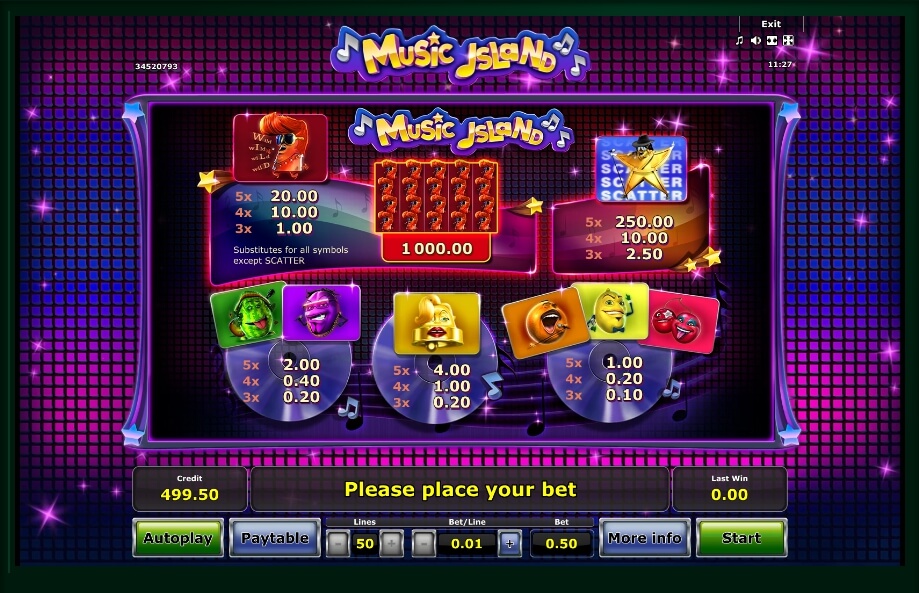 Each game, for both beginner and seasoned user, should begin with a thorough review of the control panel. The good thing is that it is very simple and easy to use in this slot machine. But still, the participant should know that before he/she starts the drums he/she needs to study the PAYTABLE section, where there is a special pay table. In the device, as already mentioned, there are only five classical drums. Play on them is allowed only on 50 active bands, making equal bets.

On the screen YOU CAN USE only 20 cells for winnings that are arranged in 4 rows. The usual, scatter and wild symhols are available that perfectly diversifies the pursuit of rewards. Paid combos are made up of 3 or more identical symbols. The maximum option for each band is taken into account.

Winnings are calculated at a rate of one position. It is multiplied by the coefficient of the resulting sequence. Multipliers here are in the range from x10 up to x2000. The maximum total payment per round reaches 100 thousand coins. Among all the features we can highlight one single fact that there are no equal chances here.

On the screen there are pictures that act as pop stars. Among them you will meet a golden bell with a bang a la Marilyn Monroe, and a rastaman-watermelon, and a mustachioed orange. All pictures fall out long stacks in columns and often occupy all positions vertically in columns.

There’re two very special symbols: Wild (the seven that looks like Elvis) and Scatter (a star in the image of Michael Jackson) that is not tied to the lines. Three, four or five scatters in any positions give a payment that is calculated at the general rate and special multipliers.