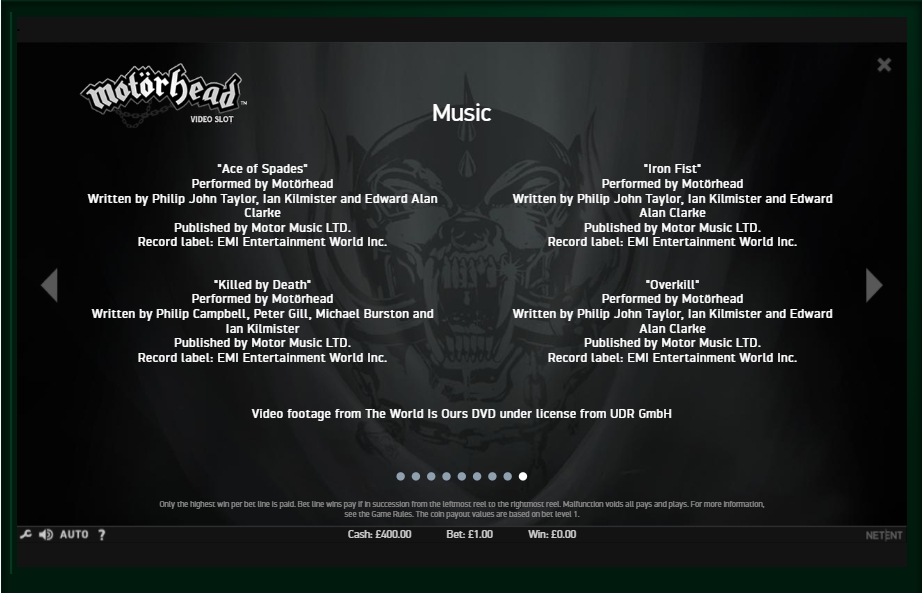 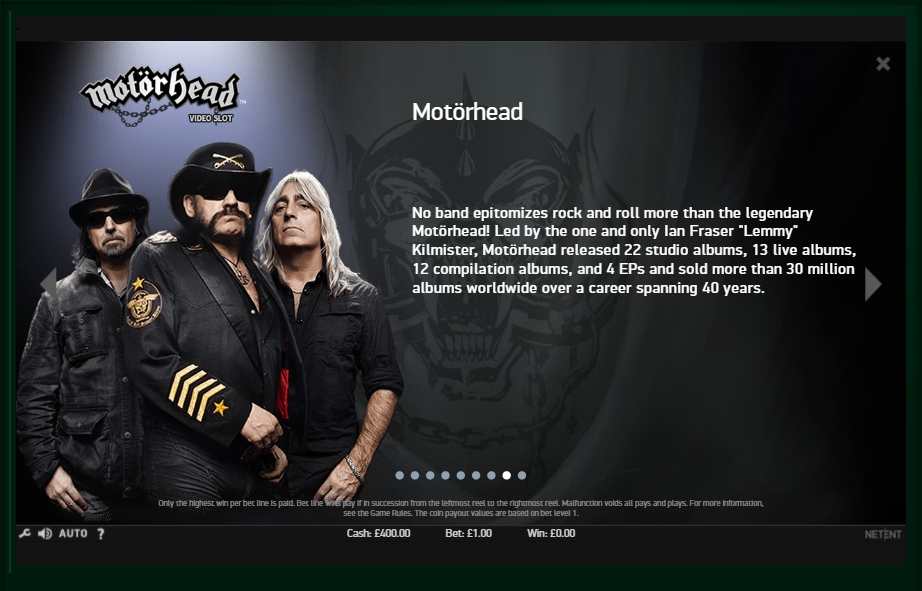 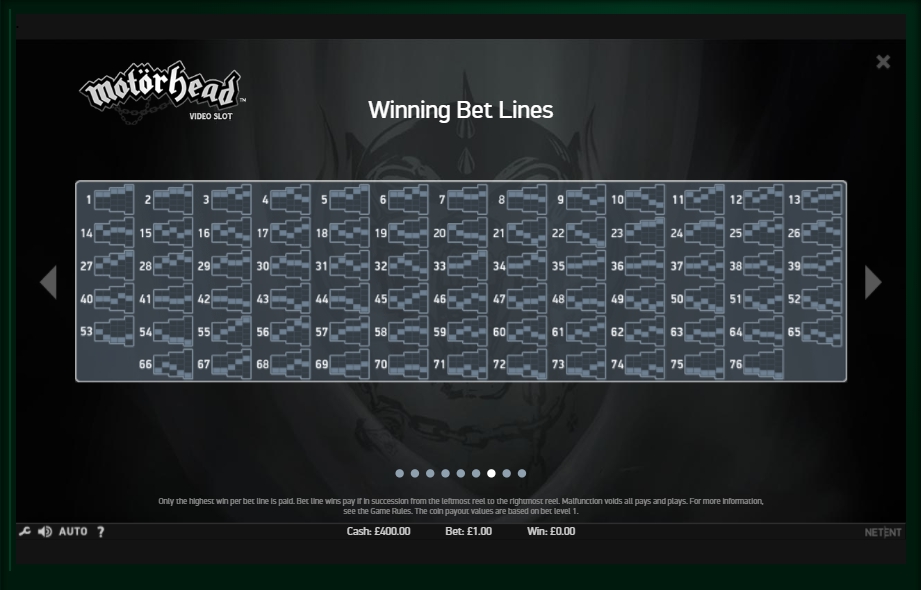 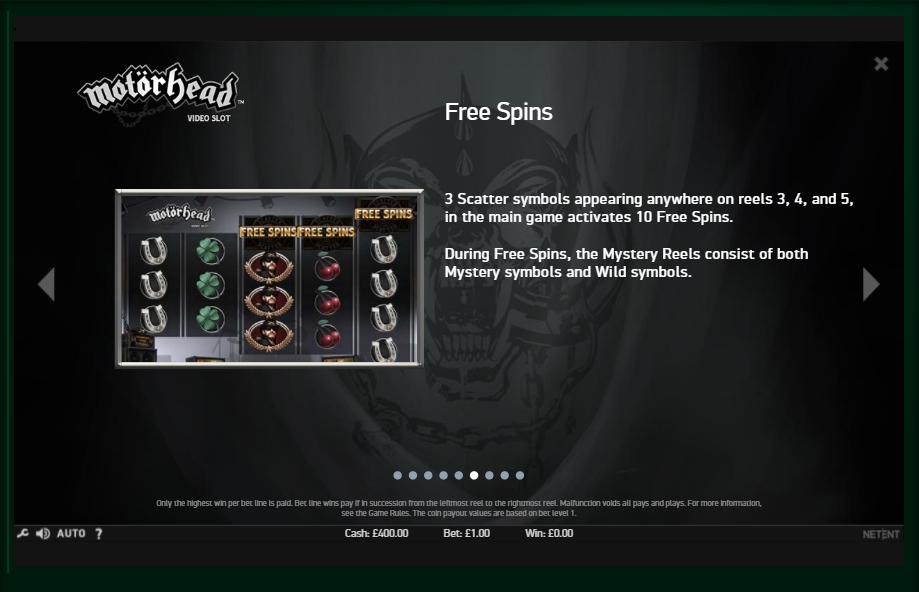 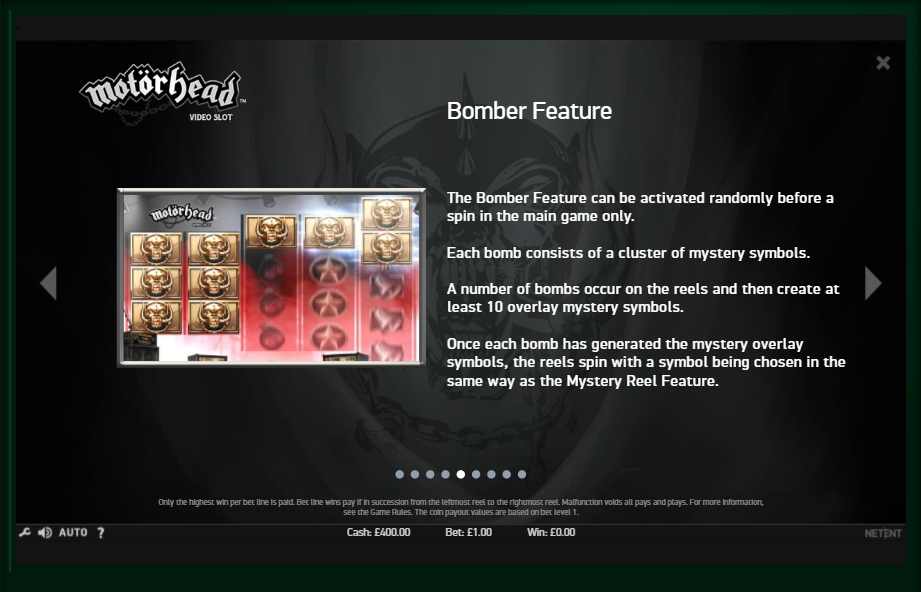 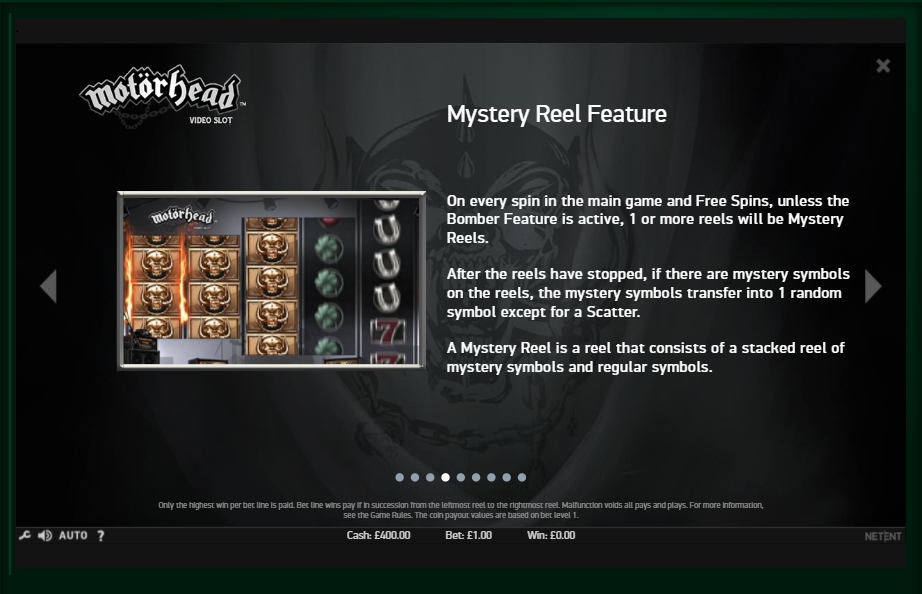 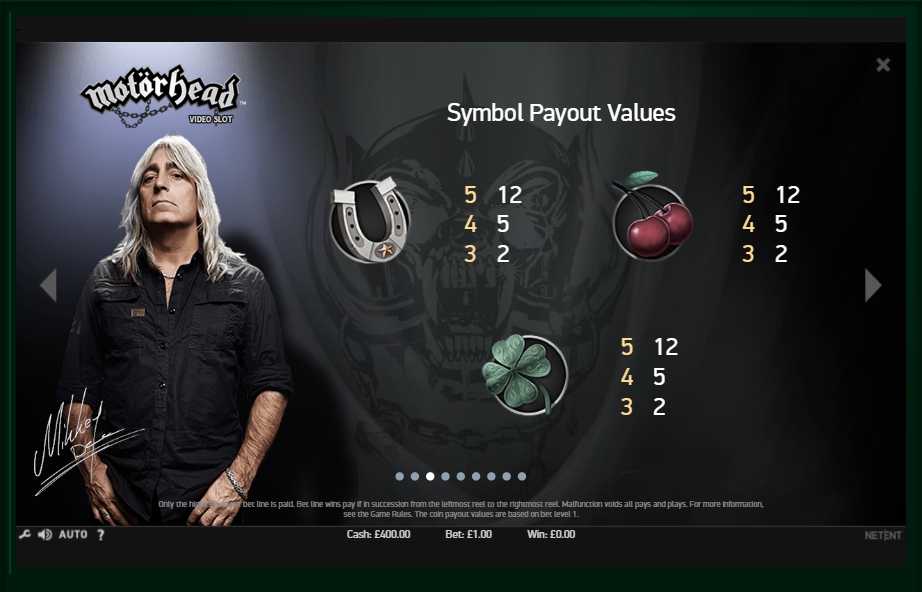 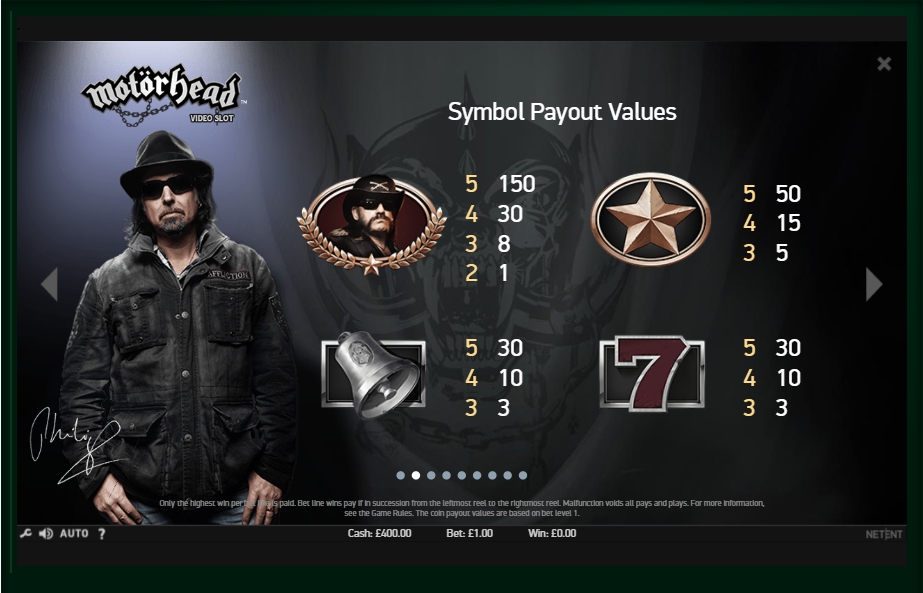 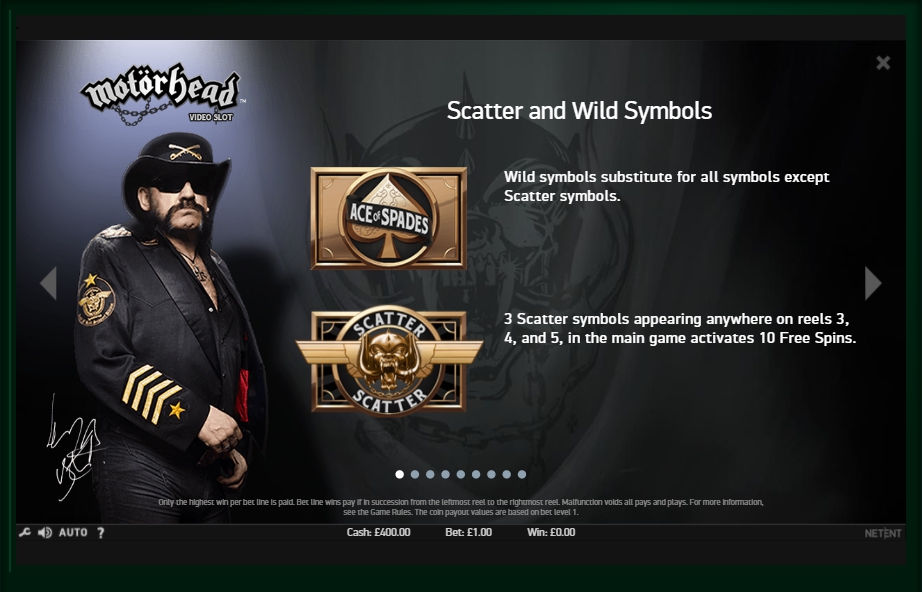 Modern music has a large number of genres and directions, each of which has its own characteristics and distinctive features. Everyone has their own musical preferences. Someone likes pop style or rock. It is the latter style that will be discussed because the NetEnt Corporation has decided to create a heavy rock video slot dedicated to the world-famous group – Motorhead. This slot machine has a similar name and is popular among the audience of players. This game pays tribute to the creator of the legendary gang Ian Kilmister.

The visual presentation of the slot machine will impress every player. Opening the video slot, the user will instantly be on the stage, where the preparation for the performance of the star group is in progress. The color of the gameplay is also chosen extremely successfully because it consists exclusively of gray shades.

Such a color scheme emphasizes the musical direction of the Motorhead band and also the meaning of their songs. During the game process, the user will hear one of the main hits of this music group. Returning to the design of the location, it is worth noting that it is detailed and realistic. Against the background, you can observe the speakers and amplifiers, the drum set and the searchlight. All these attributes create the appropriate atmosphere.

The interface of the gaming machine is made according to the classical scheme, but at the same time it has a number of original differences. In the center there are 5 drums and several active lines. The player needs to bet on the line because the number of lines is active by default.

The first action can be performed with several buttons: coin value, level and max bet. The first two keys are necessary to indicate the number of coins per line and their denomination, the second one sets the maximum values. Running spins in the gaming machine is available in the manual and automatic modes.

In the second case, the user can relax and enjoy the music concert. Rules and a table of payments are opened with the “i” button. Sound effects and quality graphics can also be customized.

Free spins that are activated by scatters will go through the last value of the bet that was made by the user. But it is worth noting that in this case, the online game portal will bet. During this round, the Mystery Reel function will be available that means running a mysterious picture on the field that can turn the images into the same elements.

During normal spin, bombs can explode on the screen, which explode and new symbols appear in their place. In the game session the wild symbol has also involved that can replace a simple picture and complete the chain. With the help of all the above functions, the participant can win real money and increase his/her game balance.