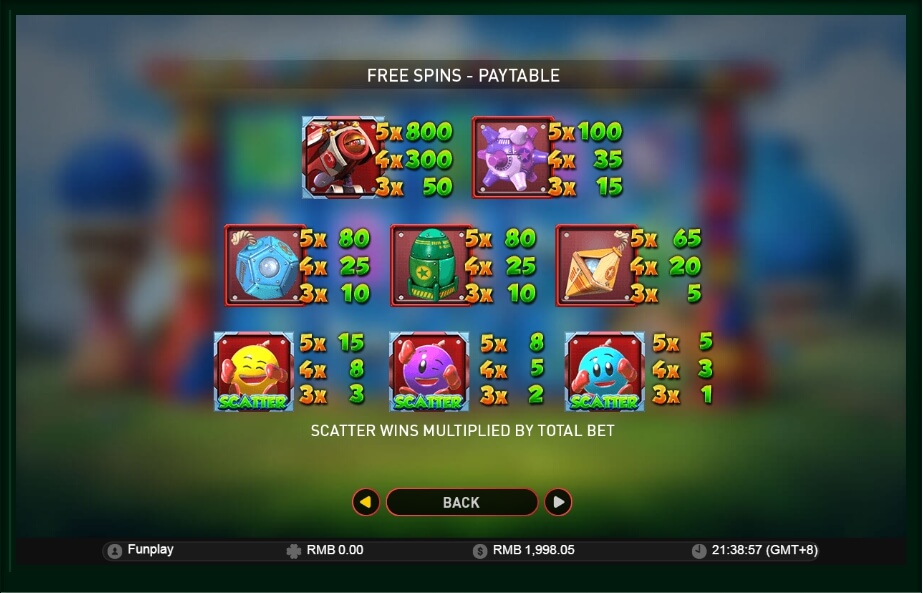 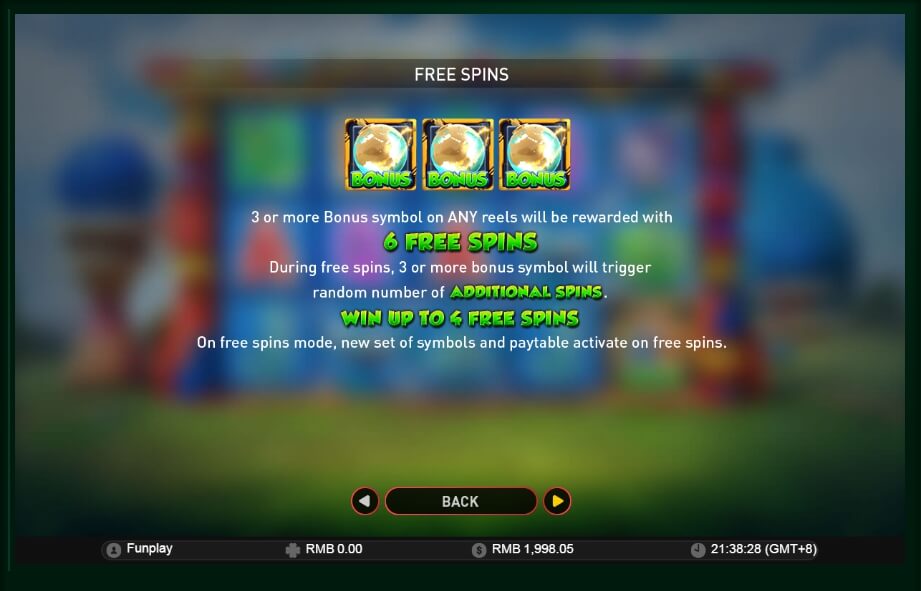 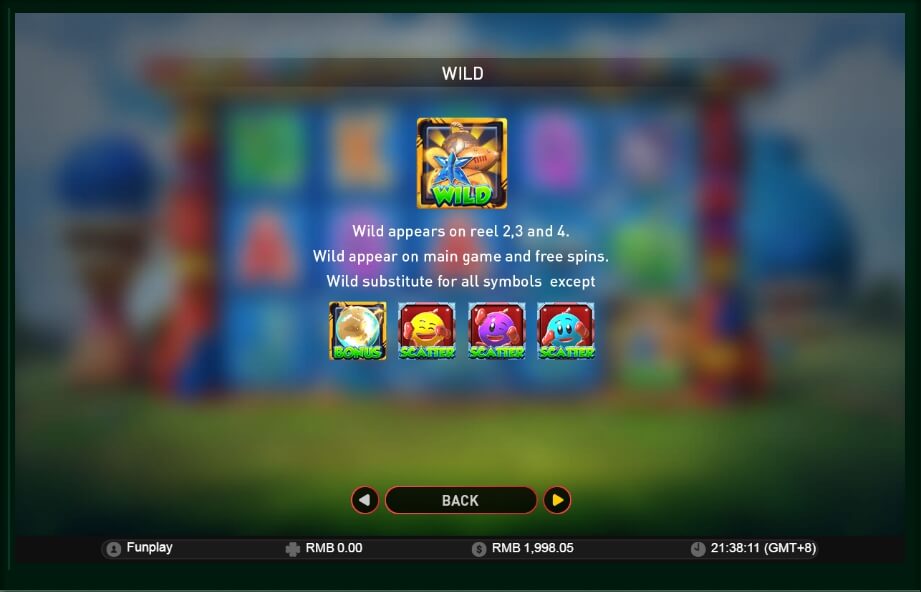 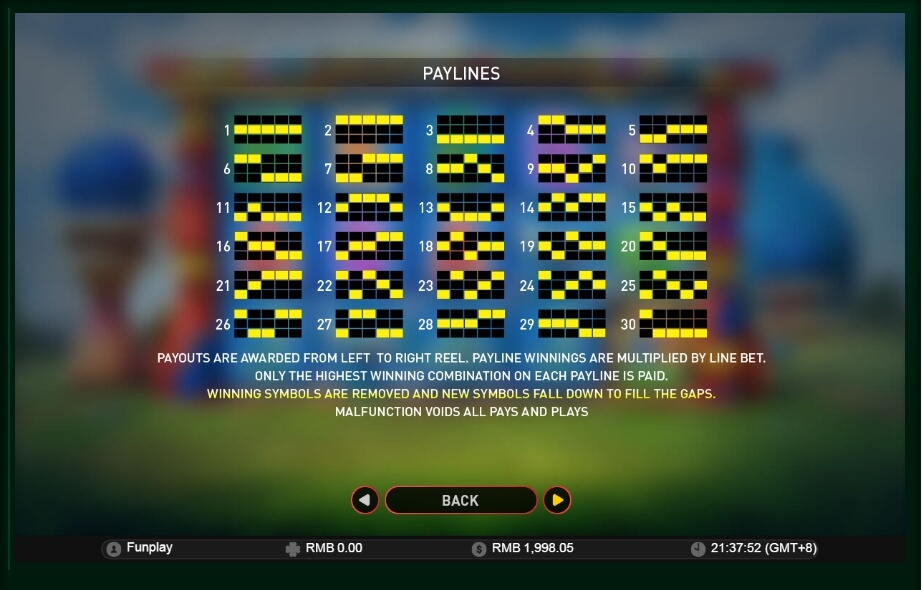 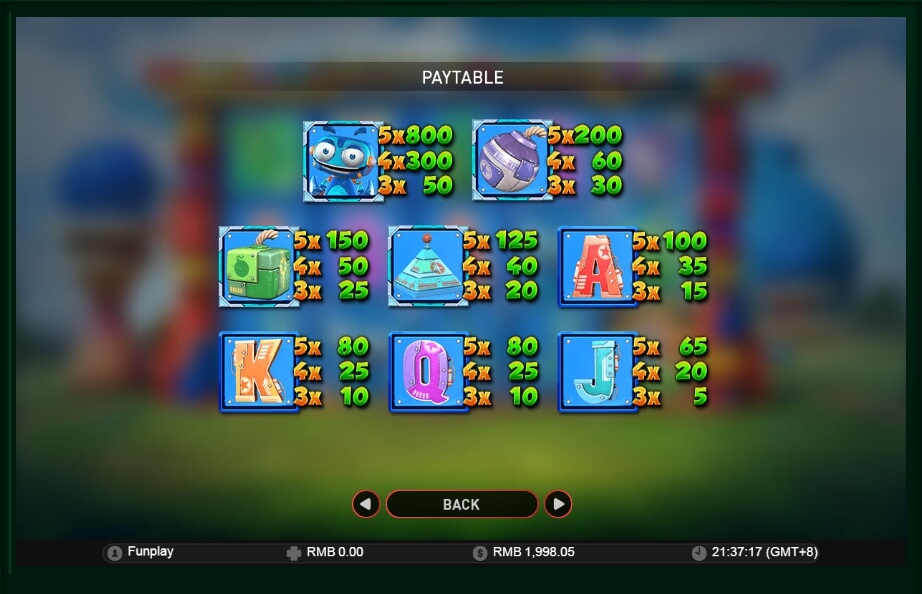 Today, people are striving for the technological progress and are doing all they can to achieve this. Every day the best scientists of the whole world will be carving machines that will help a human in the future. Famous film companies have already managed to shoot a lot of films that describe the future of our planet. Basically, such stories tell us that the robots that should help us will want to capture this world.

However, the GamePlay Corporation therefore released a Lucky Bomber video slot that will tell about the life of a gay robot. The developers have tried to prove that progress is good.

From the first minute the participant will plunge into the atmosphere of joy and positive emotions. All the actions of the game unfold on the background of a green glade. Behind them are big bombs. It is symbolic, since the gaming machine has one feature about which we will talk later. All graphics are made in bright colors that attract attention and give you anopportunity to focus on the game process. All symbols “come to life” due to high-quality animation. In addition, the developers have decided to add 3D elements. As you can see, Lucky Bomber meets all modern requirements.

At the top there is a stylized logo. The central part of the screen is occupied by 5 reels with 30 active lines. A convenient and intuitive control panel is located at the bottom of the screen. Do not waste time on active lines because this indicator is activated by default. Therefore, the user only needs to make a bet using the “line bet” button.

After that, the player can start the round using one of the suggested modes:
– Bet Max activates picks with the highest rate;
– Spin starts an ordinary round;
– Auto Play activates the automatic mode when the spinning is performed without user intervention.

Remember we said that there are bombs in the design? It symbolizes one of the features of the online game. After the combination appears on the screen, these pictures explode and new ones appear in their place. This will continue until the chain ceases to form.

Of course, the bomb is one of the main elements of this game. If the client finds at least three such pictures on the playing field, then he/she will get 6 free spins. If during this round 3 portraits of the robot appear, then a multiplier of x5 to x15 will be added to the payment. It is worth noting that it is a tremendous chance to win real money and get the main jackpot – 160 thousand.

As for the wild, it can replace a simple picture to help you make a combination. In addition, it gives a payment when it appears on the screen. Every guest of our game portal can test the game in the demo mode using all available functions. But in this case, the user has no way to win real money.