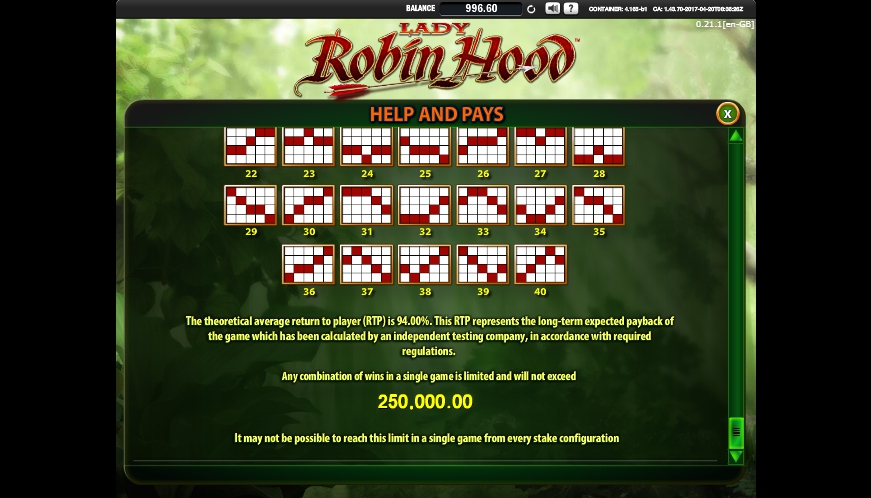 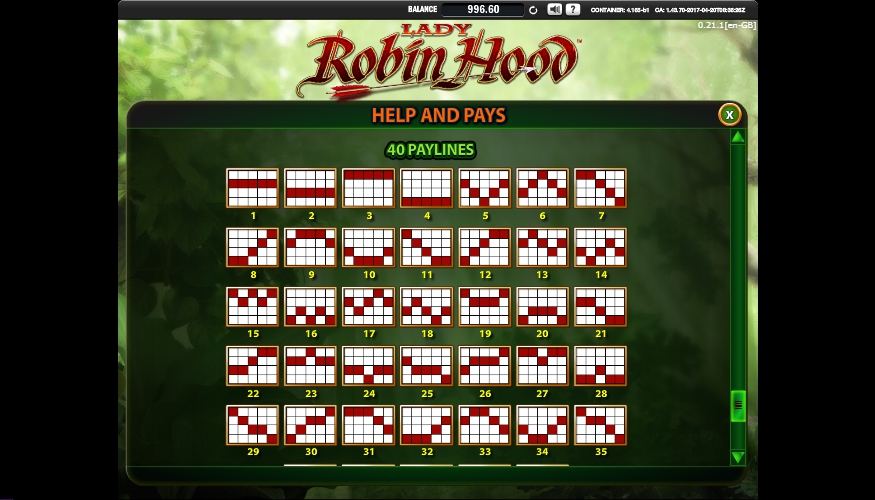 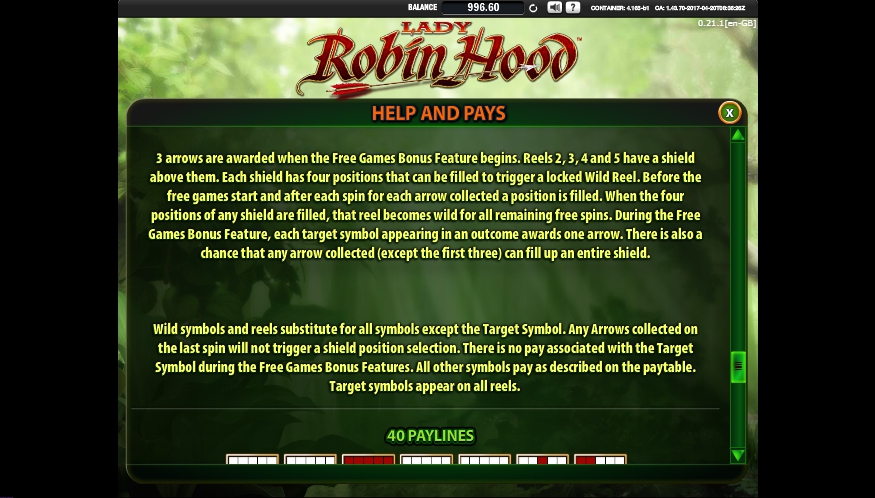 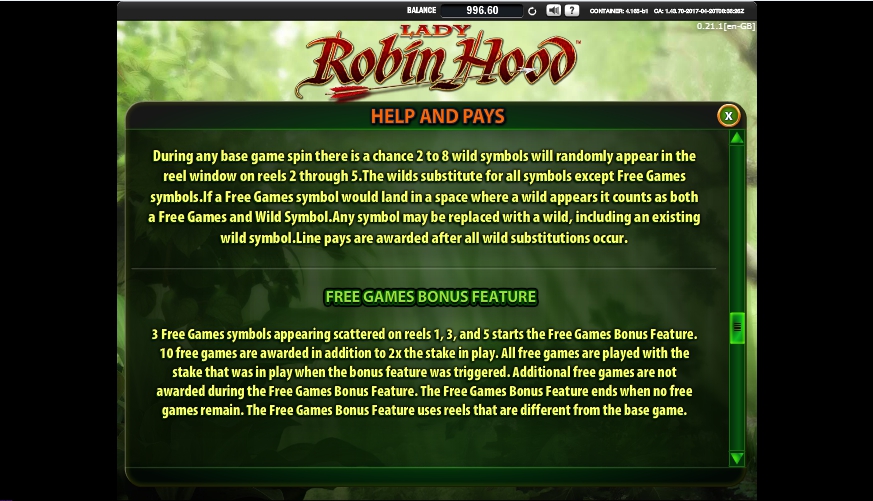 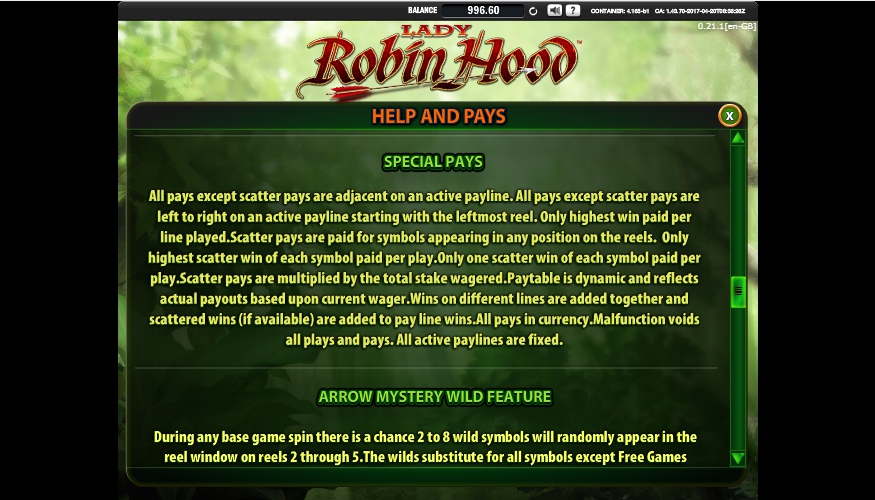 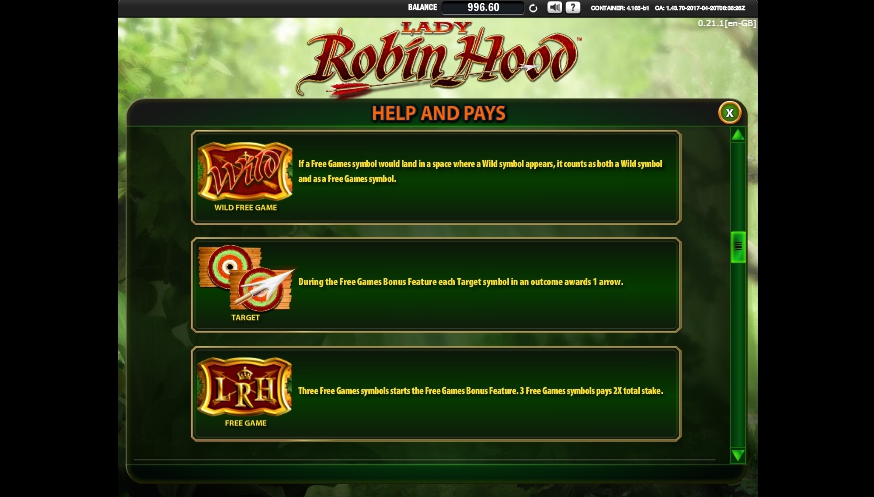 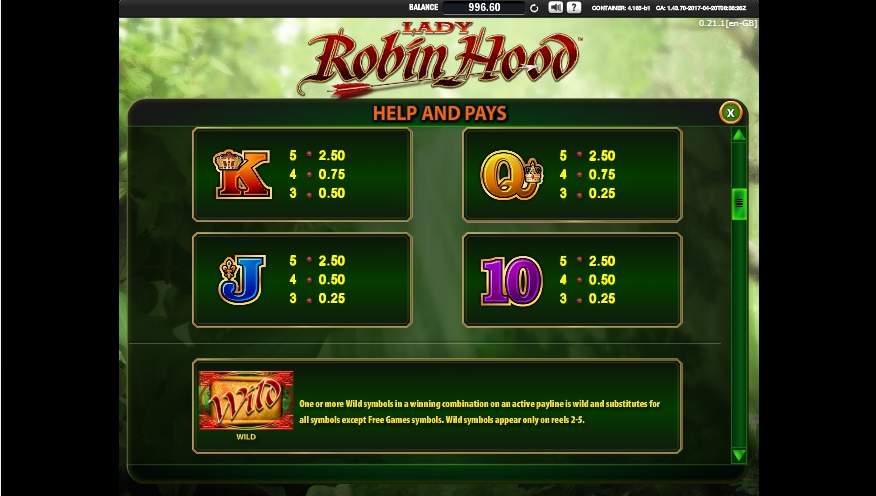 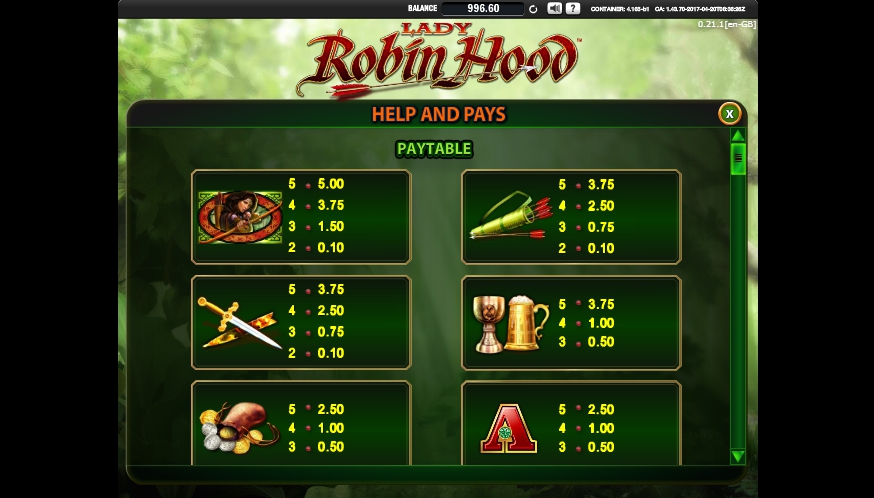 Tales of Robin Hood and his friends are known to every child. The man who robbed the rich and distributed their gold to the poor became a cult character in English folklore. That’s why developers of software for the casino the Bally company could not pass by such an interesting plot and created Lady Robin Hood video slot turning the main character into a hand-drawn girl-robber. What came out of it you can read in our review.

The game screen of Lady Robin Hood video slot takes us to a magical forest where the main character and his gang live. Among dense crowns and branched trees, it is easy to hide and build a fortified robber camp. Colorful game drums occupy almost a whole field and beneath them are conveniently located such familiar to every gambler buttons of a control panel:

Lady Robin Hood casino slot has 40 active lines and their number in the game is fixed so you cannot bet on only 1 or more lines. However, this is compensated by a large spread of the denomination of rates – from 1 cent to 10 dollars. The jackpot in the game is also nice – 1000 game rates. Also, the manufacturer took care of a rather high payoff of a gaming machine – here this figure is equal to 94.8%.

The game symbols of Lady Robin Hood casino slot fully support its theme. Here you will see a portrait of the most important heroine, her quiver with arrows, a bow, a dagger, and also treasures which are robbed from the rich: gold cups, bowls, and coins. Also in the video slot, there are special symbols which favorably unfold a game process in your favor:

The creators of the Lady Robin Hood five-reel slot took care of everything: there are wild symbols, bonus levels, and a good jackpot. The gameplay is simple; the interface is pleasant and unobtrusive. You can immediately try to play Lady Robin Hood for free with any casino with a partner license from Bally or immediately test your luck in the game for money.