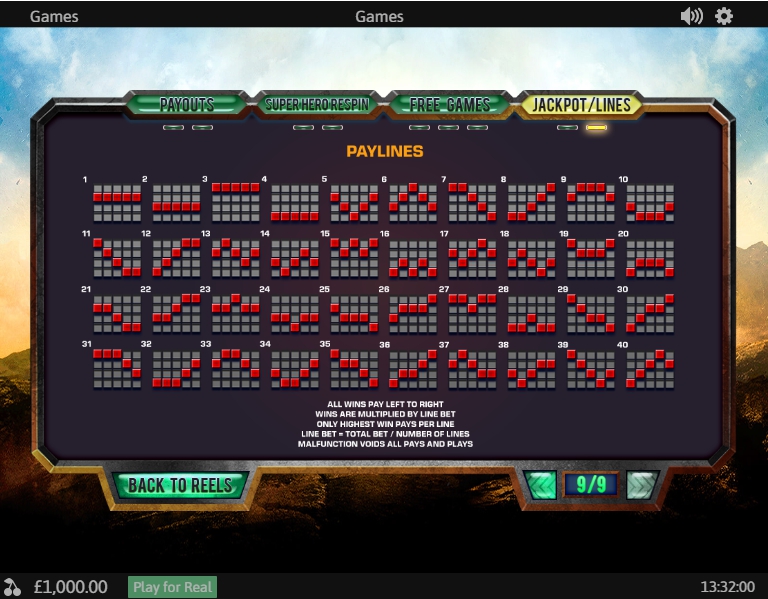 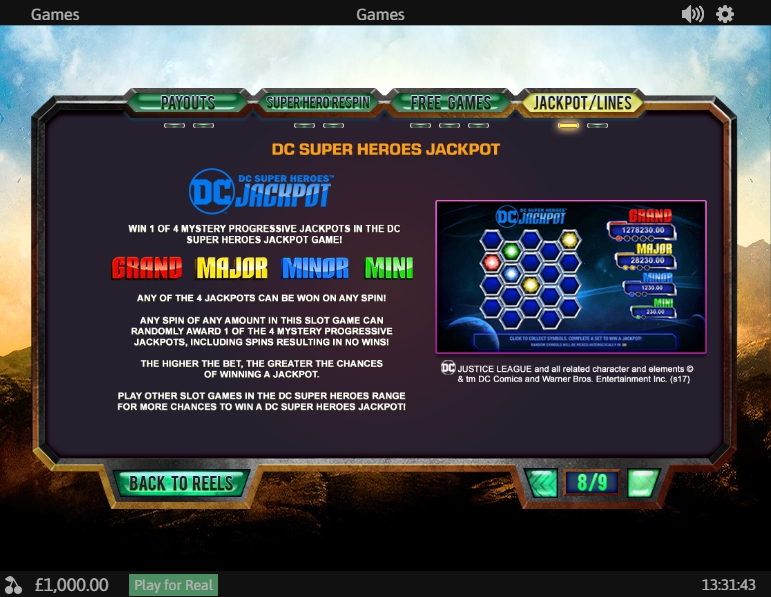 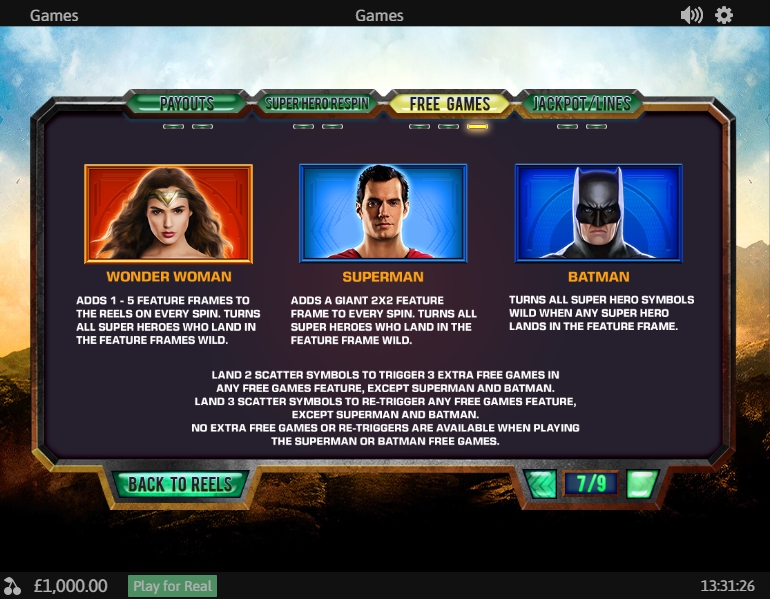 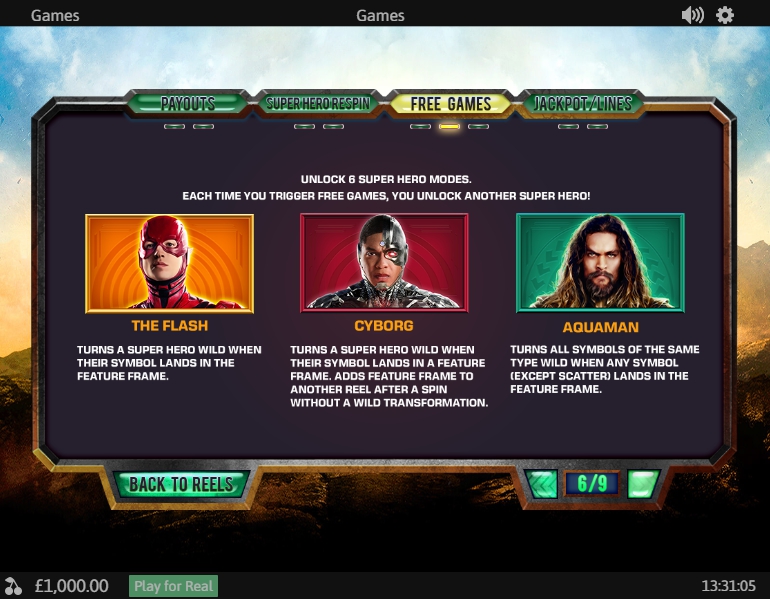 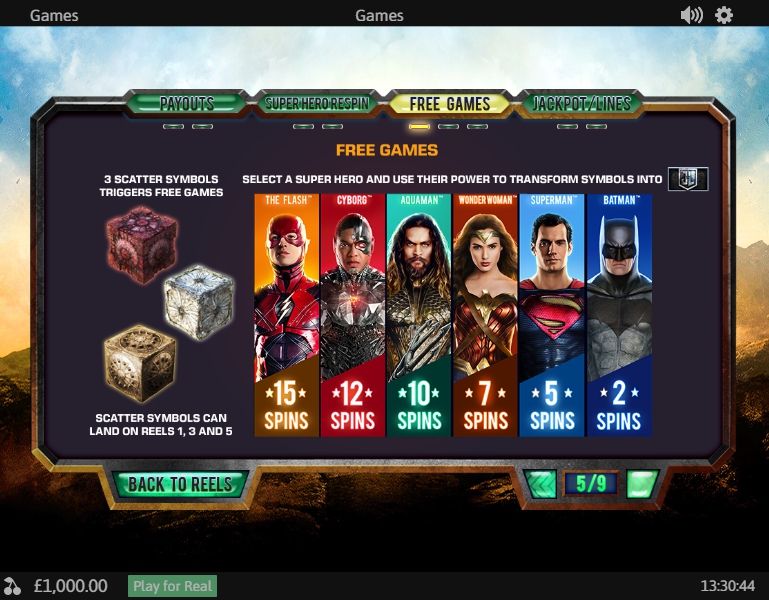 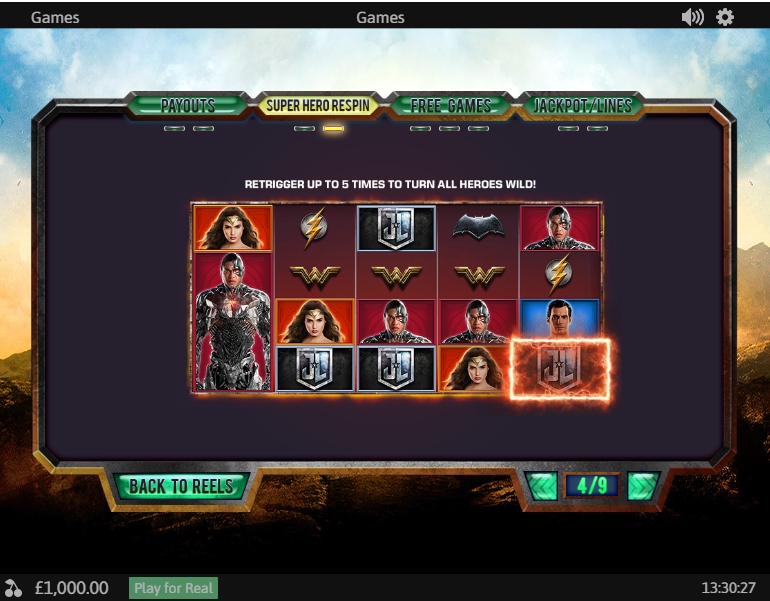 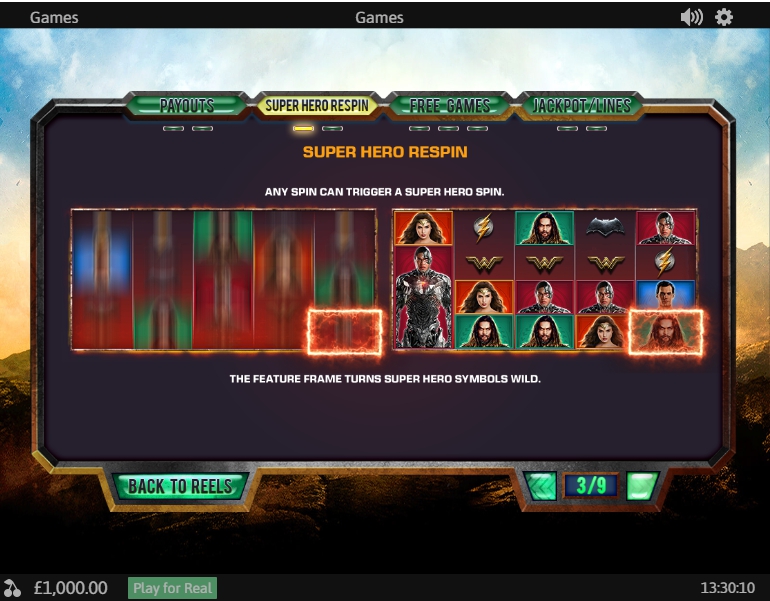 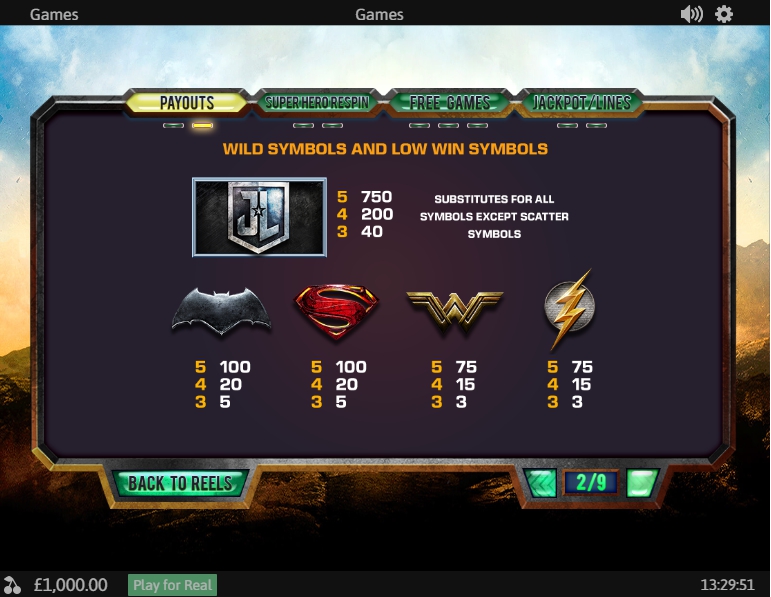 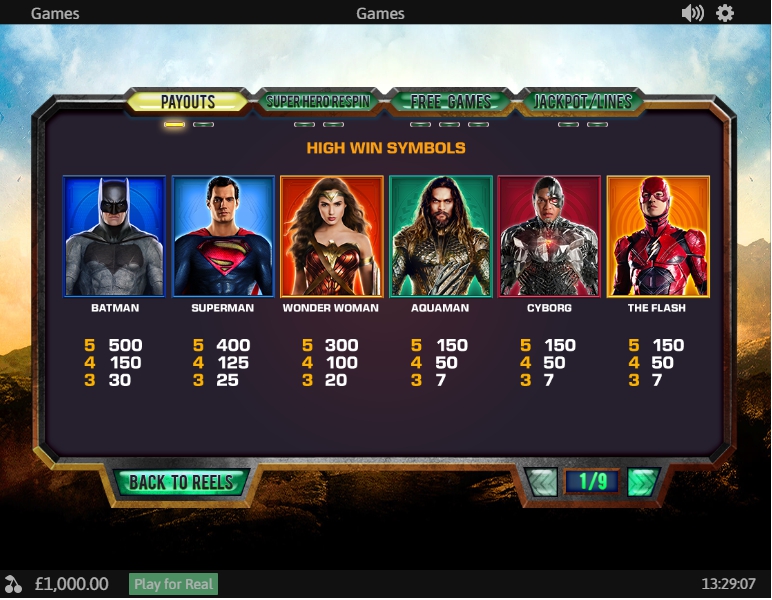 The virtual universe this time offers a terrific story about the superheroes that created the League of Justice. Not long time ago the same movie came out, which tells the story about a team of superheroes who teamed up to confront the joint forces of evil. When evil came to our planet from space, Batman began to searching for heroes and invite them to the team. Every comic fan of DC learns the characters of the Justice League slot machine, developed by professionals of the famous Playtech company.

The first comics with these superheroes were created in the 60’s and gained great popularity. Since that time, superheroes have appeared many times on the screens of cinemas in the stories of box-office blockbusters. This slot allows you to fulfill every person’s dream and gives players different super abilities. The “heroic” storyline attracts with its eccentricity and invites you to help the heroes fight against the forces of evil.

This online game is characterized by the high-quality graphic design where are used pictures from the film that was out at the end of 2017. This adds to the game bright colors and dynamism. If you have watched the movie, then you definitely remember the battlefield where the defenders won over the forces of evil. This location is depicted in the background. The navigation panel of the machine is located at the bottom; a standard set of keys with understandable functions allows you to easily manage the game process.

The playing field contains 5 coils and 40 lines for payouts. Before you earn your first prize, the participant needs to choose the optimal bet size. You can do this with the help of the “-” / “+” controls in the corresponding field. The player cannot adjust the number of play lines, so he will always have a great chance of compiling a lucrative combo. On the right side there are 3 ways to start rotations. A large green key skips the rotation in manual mode. Nearby is the function of automatic rotation. In addition, the participant can use the turbo mode.

The game logo has a “wild” function and replaces the usual pictures. Scatter Symbols are represented on the first, third and fifth reels. Three scatters start one of six rounds of free spins. Super Hero Respin. Repeated rotation takes place on the money of an online casino and can be launched after any raffle. The fire frame will highlight one of the cells in which the superhero will become an additional joker.

Now consider the features of free spins.
1. The Flash round gives the player fifteen spins in which the superhero becomes a joker.
2. Cyborg gives twelve spins where the characters within the framework become Wild.
3. Aquaman offers ten spins; if the hero is in the frame, all such symbols on the screen become jokers.
4. Wonder Woman gives the player seven spins. With each launch, new frames appear.
5. Superman gives the participant five rotations in each of which the frame occupies four cells.
6. Batman gives only two rotations. If any character is framed, all superheroes perform Wild functions.

Legacy of the Wild