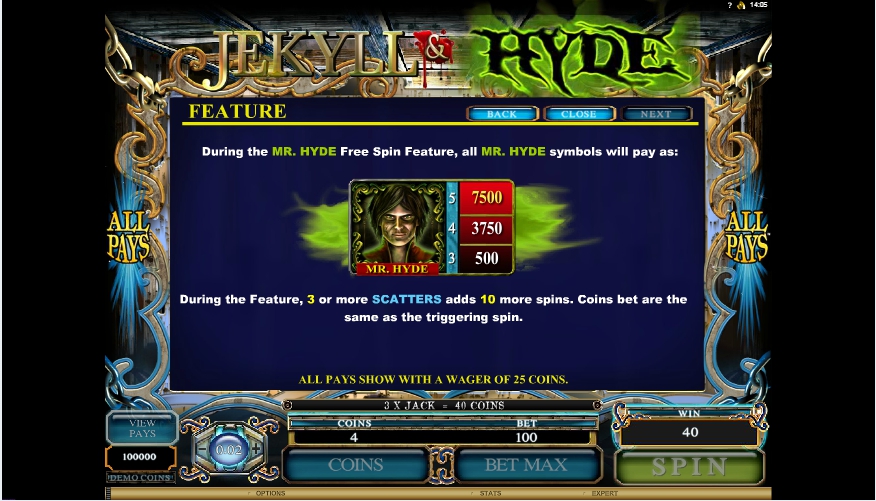 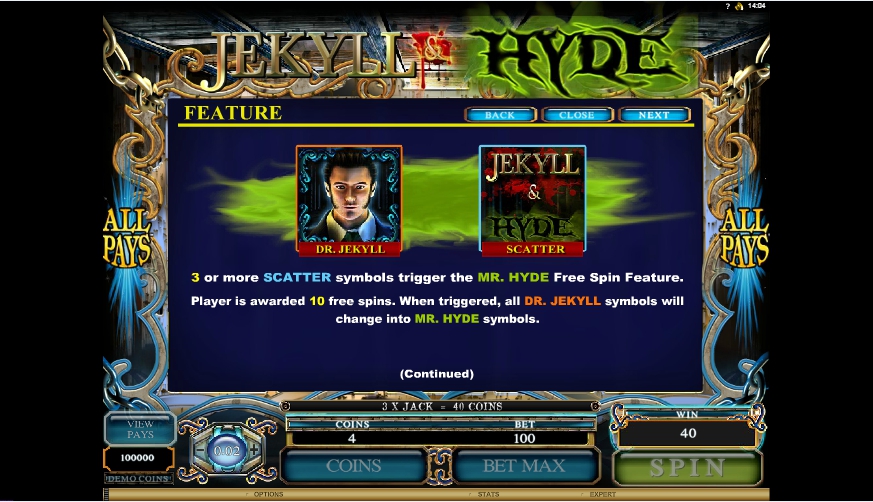 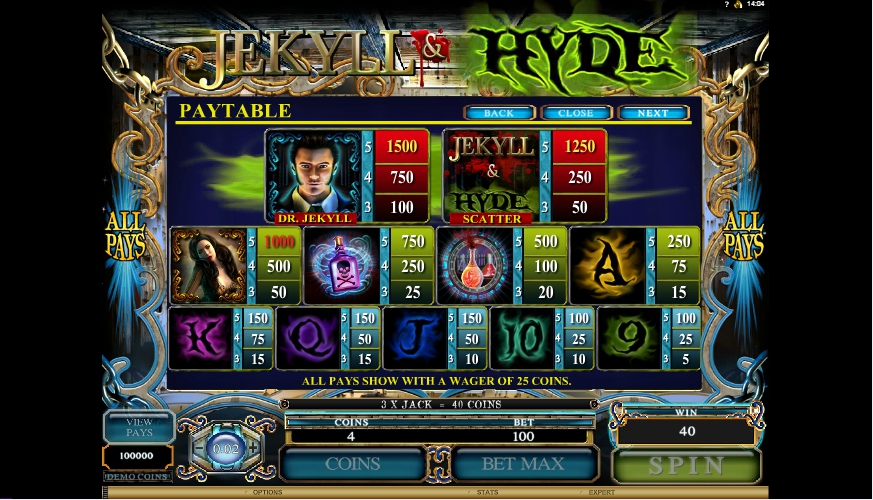 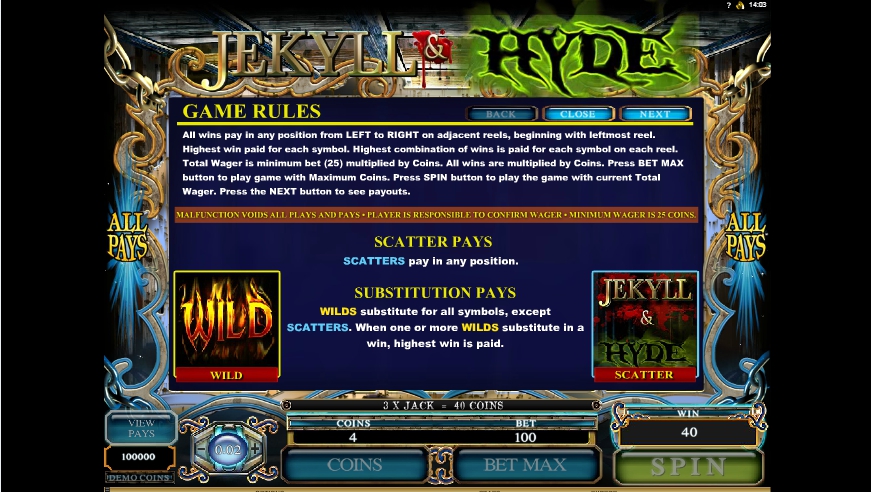 Today we will talk about a game which theme is related to magic, mysticism and otherworldly forces. Mysticism attracts a lot of people around the world with its secrets and uncertainty. Therefore, Microgaming developed a video slot called “Jekyll and Hyde”. This story tells about a doctor whose experiments allowed him to conclude that in each person several manifestations of the same personality coexist. The story was repeatedly filmed. Moreover, many performances and musicals were staged according to its plot.

The developers worked well on the design of the device, so users immediately plunge into the atmosphere of mysticism and darkness. The design of the video slot is executed in dark colours that perfectly match the theme of the game. At the top of the window, you will find a logo with the name of the game with 5 reels under it. There are no usual lines here, but in spite of this, you will have 243 ways of composing combinations.

Each picture differs in colour and animation that appears during the victory. In the lower part of the game field are buttons for managing the game process and additional game settings. After the start of the rotation, mysterious music begins to sound, but during winnings it is interrupted by an appropriate notification.

To start playing press the button with the inscription “Coins” to select the number of coins (from one to ten). If you wish to play using the maximum number of credits, click on the “BetMax” button, after which the rotation will happen automatically. The current bet size is displayed in the “Bet” field.

To run the rotation, click on the green “Spin” button in the lower right corner. If you get a payout at the end of the rotation, then its amount will be reflected in the “Win” field. Also, the player will find a blue button with the inscription “View Pays”, which opens a paytable for each item.

The “Options” key opens a window where you can adjust the game settings (the user can turn off the sound and select the game mode). “Stats” displays detailed statistics of the game process. The “Expert” key will activate the automatic game mode by adding several buttons to the game panel. The “Autoplay” button with 5x and 10x fields starts 5 and 10 spins automatically.

The special image is a blazing “Wild” symbol that replaces other pictures, except for the scatter. “Scatter” is paid at any position on the screen. Three of these pictures start ten free spins at the current rate.

During this round, Dr. Jekyll turns into Hyde. Its images form combinations with high coefficients.