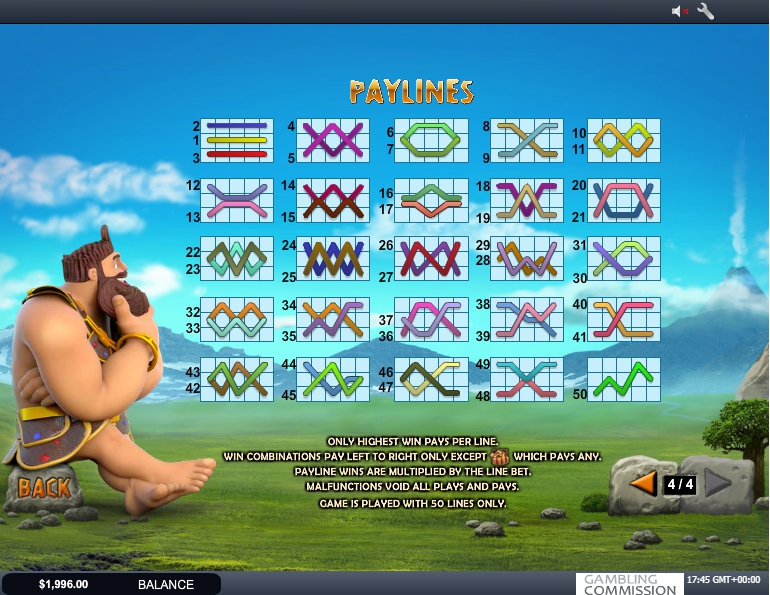 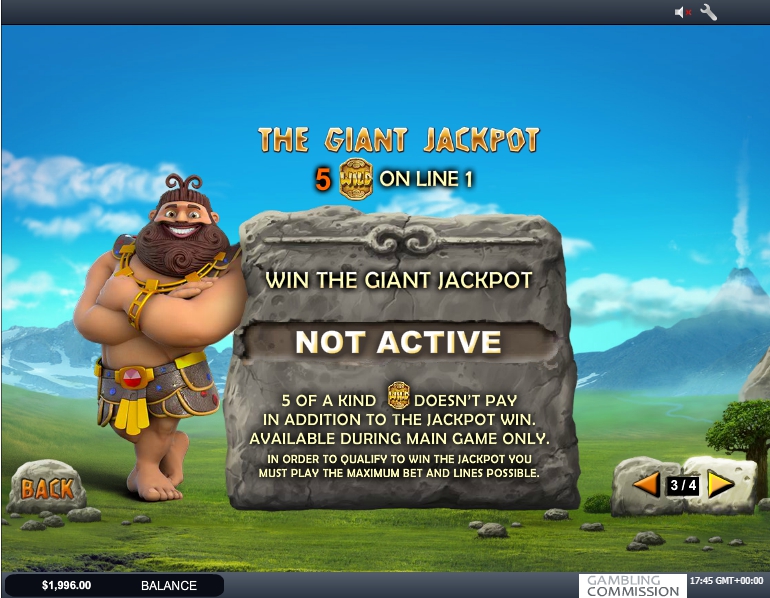 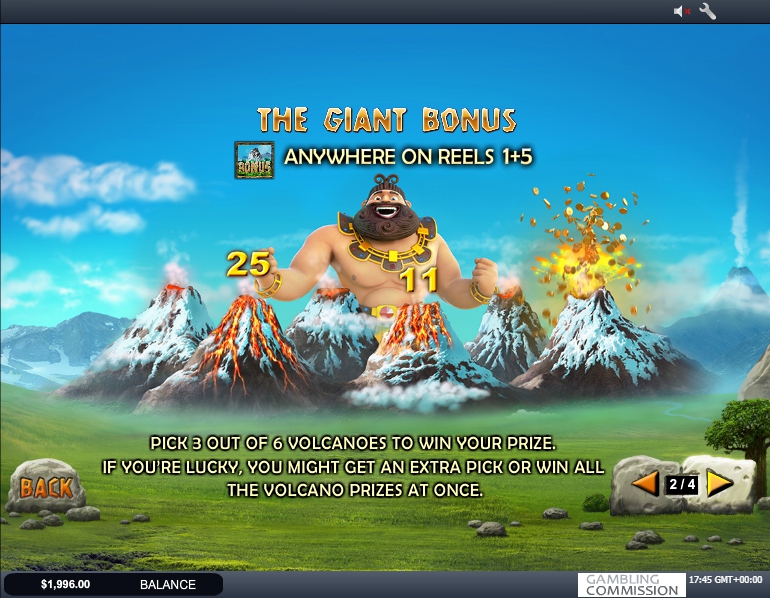 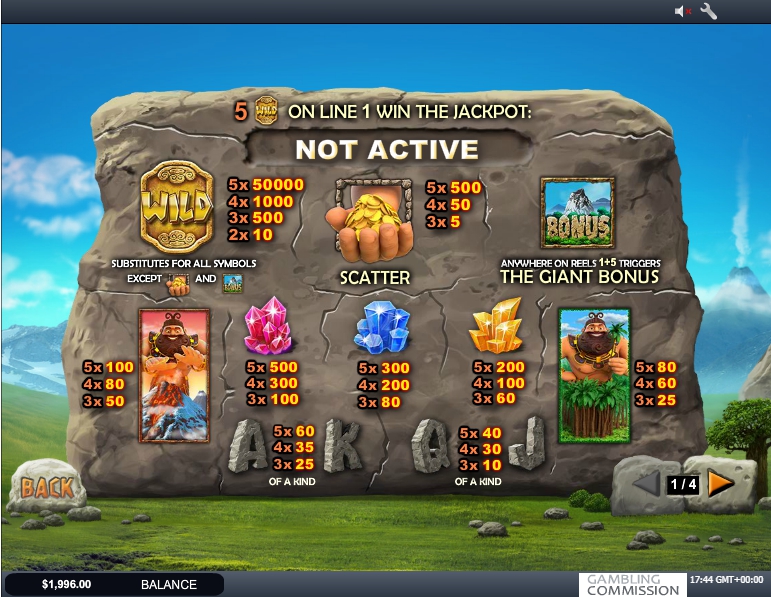 Everyone knows that precious stones have a high price. To form a precious stone, must pass several centuries. They are formed exclusively in natural conditions, and the material for them is volcanic lava. Diamond mining is possible today due to frequent eruptions of volcanoes. It was this information that took Playtech as the basis for the virtual game Jackpot Giant. Guests will enjoy an exciting excursion to the past.

In addition to an interesting plot, the developer provides for the drawing of a super prize. The main thing is not to be scared of the hero of the video game – the giant. Despite its size,it is very kind.

The main feature of Playtech is the great design of video slots. This videogame was no exception. The design of the monitored emulator was highly appreciated by users. The playing field of the online device is decorated with a picture of a mountain landscape. The valley at the foot of the mountains is decorated with trees and grass. Its main attraction is, of course, the mountains. With their snow-capped peaks, they merge with the endless blue sky.

Realistic is added by floating white clouds, flocks of flying birds, and also a column of smoke from the mouth of the volcano. Sometimes there is a giant who blows off a big cloud from the name of a video game. In the course of the game, you can hear the chirping of birds and the roar of a wild animal. Rotation of the drums goes under a merry tune.

To see the eruption of the volcano, you do not have to wait for the corresponding moment, it’s enough to start the Jackpot Giant online-game. Before you start earning money, you need to determine the amount of the bet, using the buttons with the – and + icons. According to the rules, 50 paylines are always active and their number can not be changed.

The SPIN key will help you to start the reels. The videoslot Jackpot Giant provides a turbo mode, which will speed up the game. To activate it, you must press a key with the corresponding inscription. You can also start the automatic rotation mode, their number is chosen by the player at his discretion.

You can stop the auto-game at any time. Setting parameters allows the participant to make the gameplay as comfortable as possible.

Winnings are awarded for a combination of 3, 4 and 5 identical signs. A wild sign, in addition to helping other icons form winning combinations, brings the greatest profit. He also gives Progressive Jackpot. Scatter, whose role is played by the hand with gold coins will appear on the drums randomly and brings in additional prize amounts, but does not launch free spins.

If during the game simultaneously on the 1st and 5th reels pictures with a volcano are dropped, then a bonus mini-game. On the additional screen, the participant will see the already familiar giant and 6 volcanoes that contain bonus payments, as well as a chance to extend the round. The player is asked to select only 3.