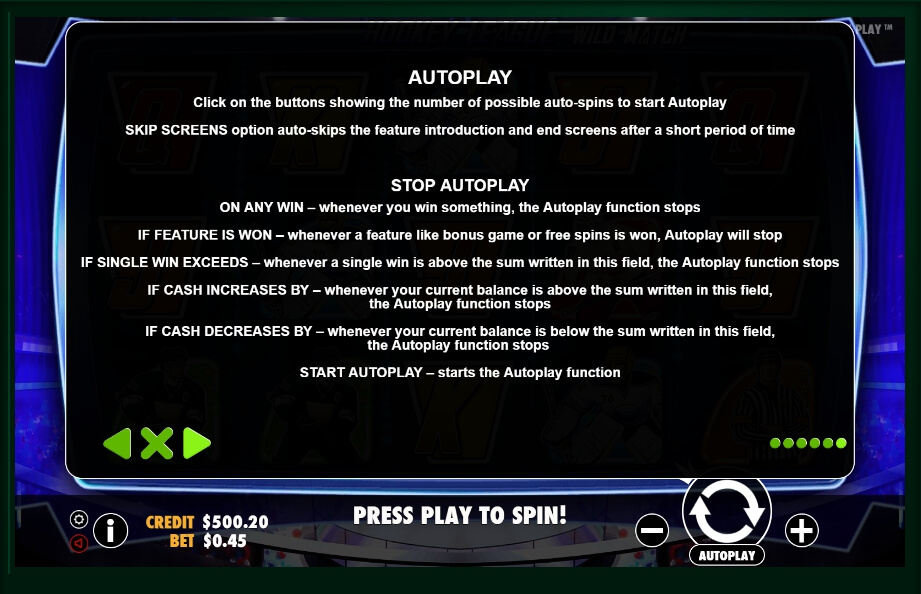 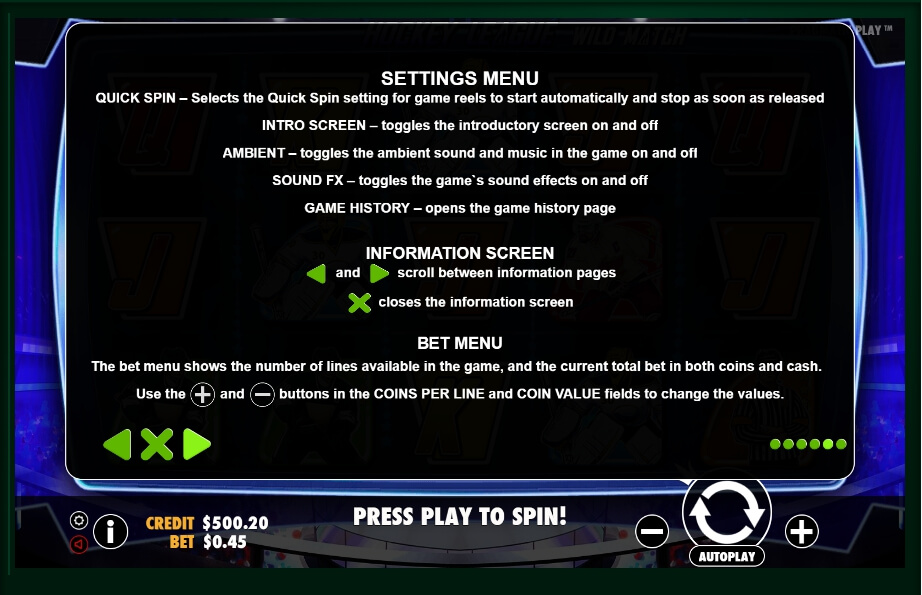 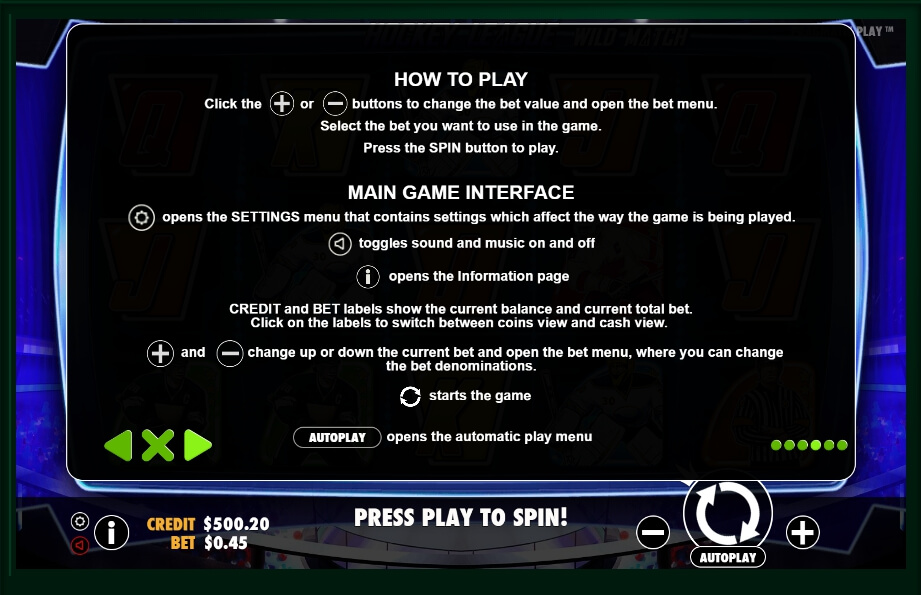 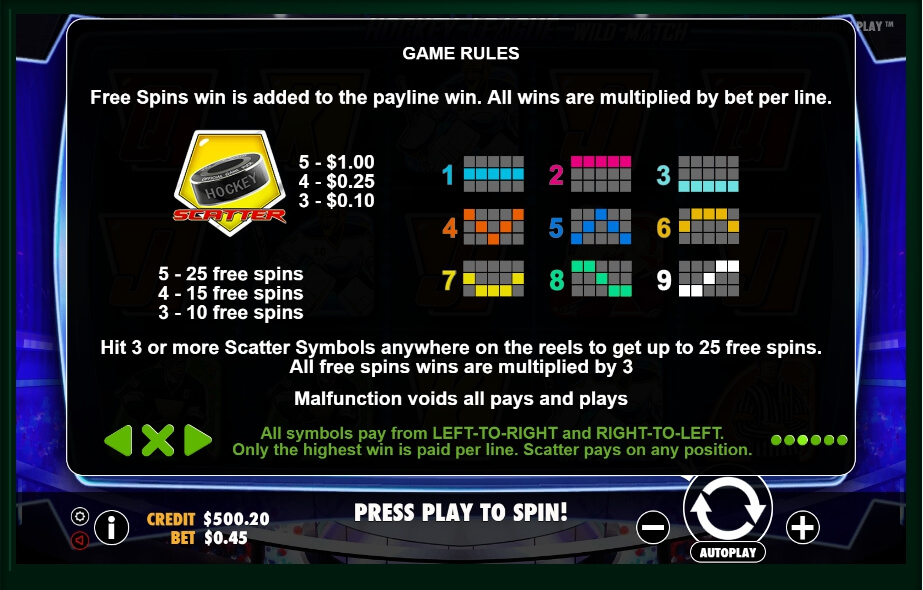 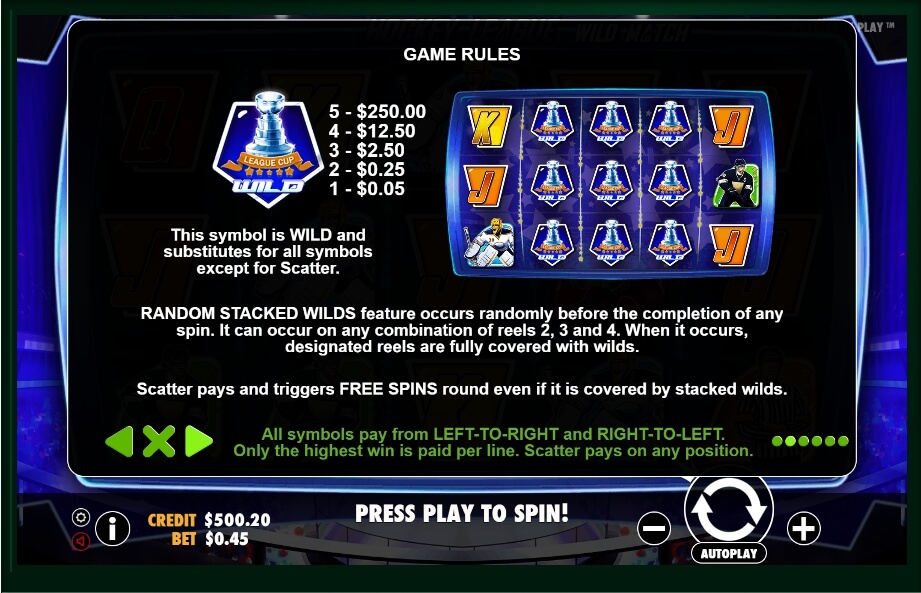 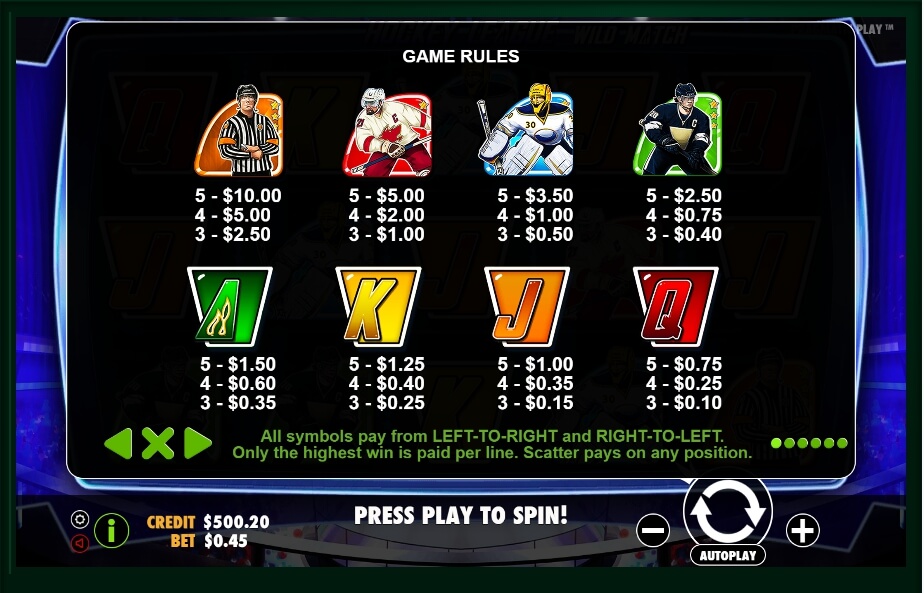 All Pragmatic Play products are very popular today. This success of the brand is due to the high quality of products as well as additional offers and surprises. Sometimes the provider produces models that are based on different sports. One of the latest developments is Hockey League Wild Match that will bring the player excitement, extreme and prizes. As you know, hockey is played only by harsh men who are not afraid of difficulties. We suggest you run the emulator rather quickly and plunge into the atmosphere of competition.

After the game window is opened, the gambler will go to the ice where his team is fighting for the main trophy of the tournament. In the design, bright colors that make the game more dynamic and exciting predominate. The game process is accompanied by the noise of the stands and the sounds of scored goals. The triumphs of victory accompany every lucrative rotation.

Before the game starts, a table that shows all the functions of the video slot will appear on the screen. After that, the playing field with 5 reels and 9 prize lines will be loaded. Using modern graphics, developers were able to make characters realistic.

Therefore, here will appear representatives of different teams to influence the outcome of the match. Same images form paid combinations. After this happens, you will see spectacular animations and characteristic sound effects. A convenient control panel includes only a few buttons.

It is worth noting that players cannot change the number of lines, but they can set the bet value. To do this, use the “+” and “-” buttons that are on the right side. In addition, here we can see two keys that trigger rotations. At the discretion of the participant, manual and automatic rotation modes can be activated.

To lead the team to victory, the user needs to know all the rules that are described in the “i” section. Also, here the player will find a pay table as well as plaques that show the structure of the pay lines. If sound effects distract you, then you can turn them off.

Wild can form a chain even from one element. In addition, it is able to replace other pictures if necessary. During any rotation, the Wild may appear on the screen, occupying entire columns. Scatter also brings payouts, but these elements do not depend on active lines. Winnings are considered at the general rate.

In addition, 3-5 of these images will give 10-20 prize-winning spins. During this round, the bet will not change, but it will be made by an online casino. Having studied all the rules from the theoretical section, the participant can click on one of the buttons and win real money. For this purpose, additional options for the product were designed.

Other Games by Pragmatic Play