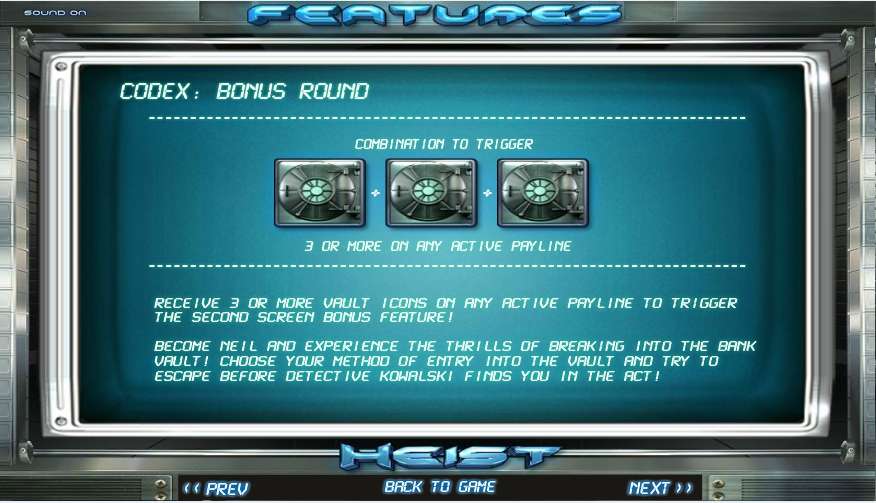 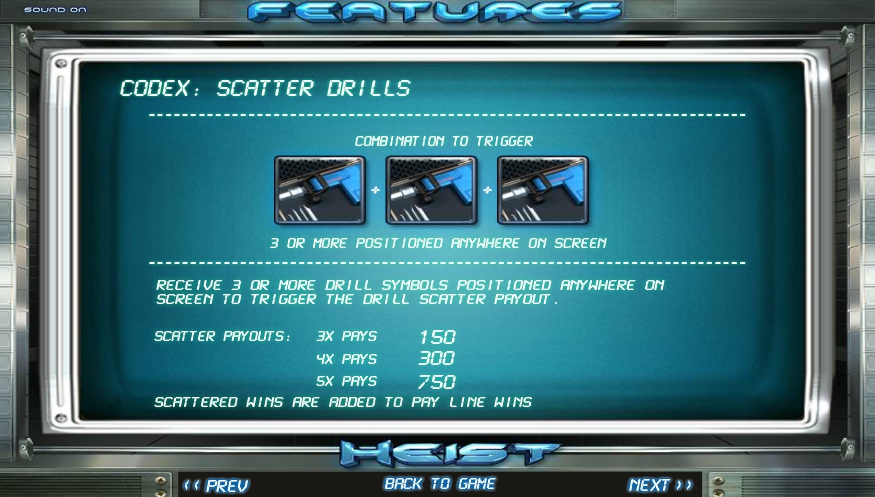 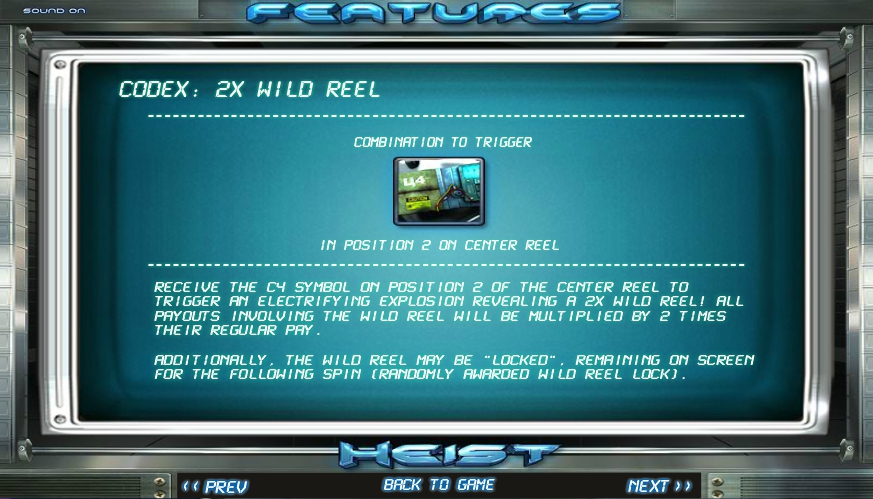 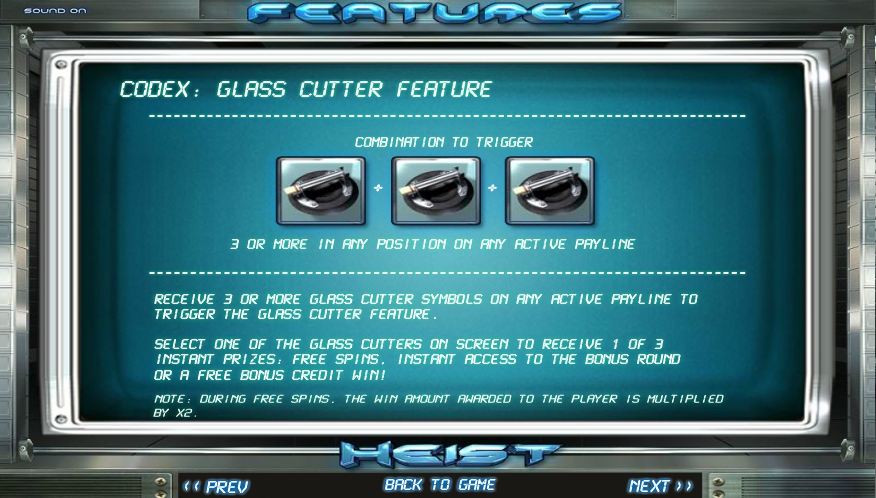 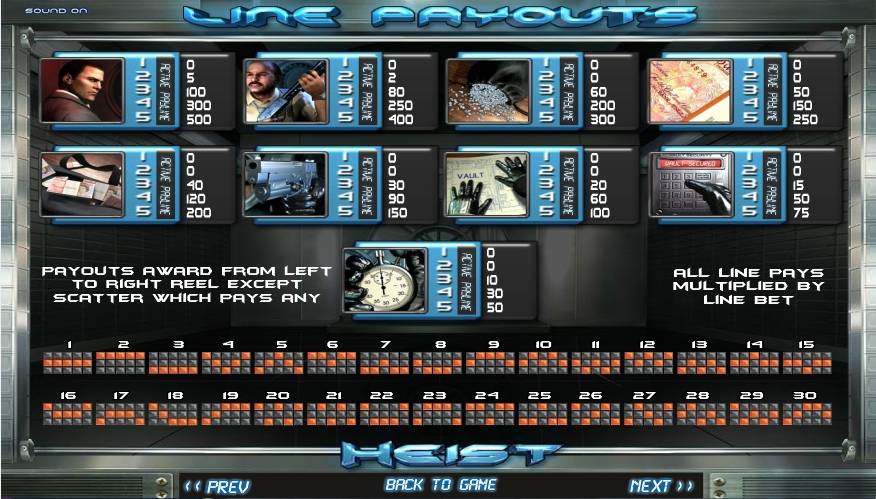 The ingenious robber, who became a legend, is featured in the subject matter of the slot Heist. He perfectly uses weapons, flawlessly opens the safes, and if it does not work, he will use explosives. This is Neil Quailen, and he has no equals in this business. However, the best robber is met by the best detective – Albert Kowalski. If he does not try catching the criminal, everything will go in vain. On whose side will be the advantage? Neal in the game will wear black gloves, charge the pistol and examine the map of the building. Soon he will have to penetrate there and open a safe, where a huge amount of money is stored. Will he be able to leave the crime scene? Or Kowalski still cope with his work better than Neal? Undoubtedly, the plot of the slot machine Heist is worthy of the honor of a full-fledged detective story. To supplement the development of the topic, there will be mysterious voice-overs. The player is invited to play a role in the robbery process and, of course, to obtain untold riches!

The interface of the Heist slot is extreme – there is nothing superfluous in it. And it is not surprising, because going into business, a skilled robber does not have to take unnecessary things with him. So, the design of the video slot is dominated with the high-tech style, the drums themselves and the control buttons are stylized as the camera tracking equipment.

Among the symbols that later will be formed in combination, you will encounter the robber’s props, what he wants to steal, and also the heroes of the story. The exceptional quality of animation, which is characteristic for the Betsoft’s products, is met with dynamic musical, and the sound accompaniment will contribute to the development of the plot and the intensity itself. To start the game, you must select the number of active lines from 1 to 30. Note that you can choose only odd numbers. Next, set the value of the coin, place a bet, start the reels and the game will begin. The main game is extremely simple and pleasant, the process of collecting winning combinations turns into a very fun and exciting action.

In the game Heist you will be provided with a number of bonus games and additional features. So, this slot machine is pleased not only with the fascination and general dynamics of the plot, but also with generous payouts. Risk games in the Heist are not provided, but the machine has an already extremely high rate of return. Any character can replace other character, but it cannot replace the loose character and the bonus game symbol. The symbol of dispersion is a Drill for breaking safes. Bonus symbols are a symbol of a glass cutter, as well as a symbol of the bank robbery.

Hand in the glove