You can not play this game for free
For free slots game go
Play free
or
(21 votes)
Game Played: 4
Full screen: close 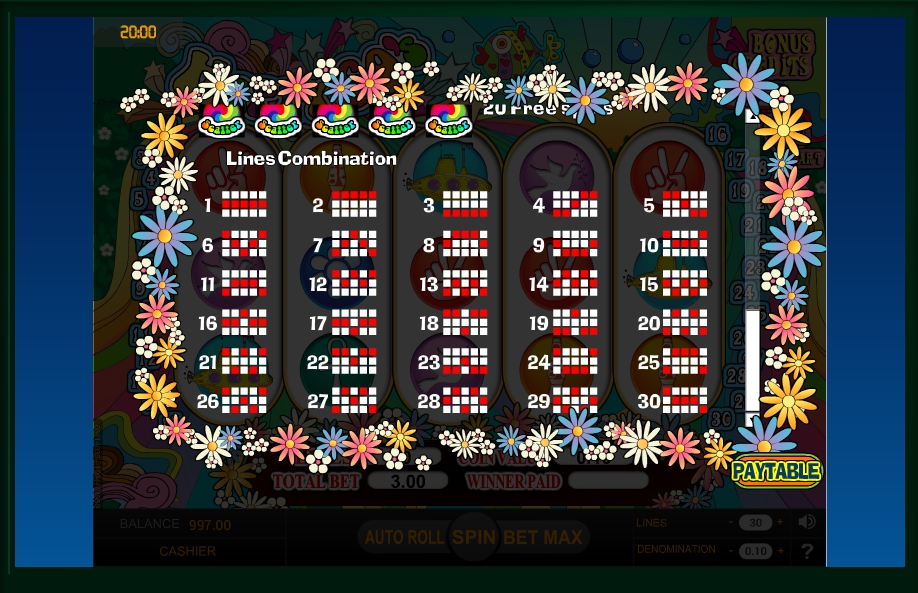 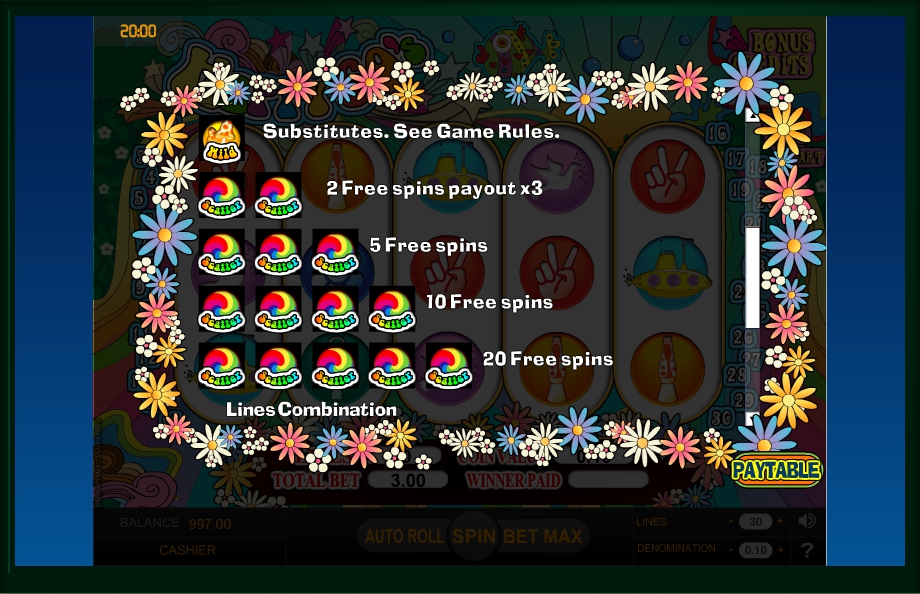 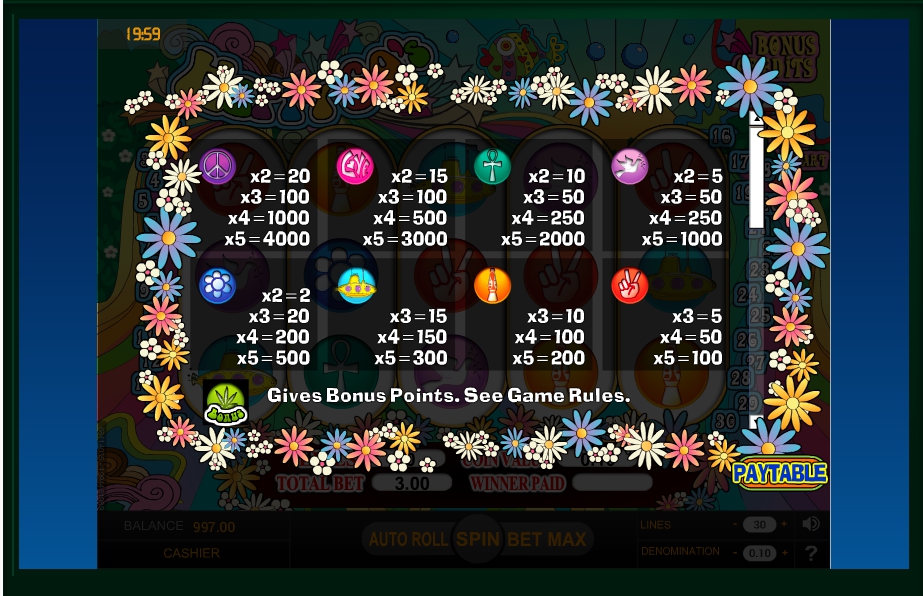 Starting the game, user is greeted by a bright screen saver with the inscription Happy 60’s. It contains dozens of flowers, unusual ornaments and thousands of strange elements. Particular attention is paid to a motley fish in the sky. In comparison with the previous models, this one is even more colourful. After the greeting, you find drums. There are 5 of them with 30 lines. The number of lines coincides with the number of prize combinations for all the Skillonnet products.

The drums are located on the background of the screen. Various tables are located around the window with indicators of lines, stakes, value and winnings. When the prize combination appears on the reels, the flowers begin to flash. In addition, a riot of paints explodes the background. The game lines are painted in various tints varying from blue to red.

Another surprise is represented by the appearance of hippies during the game process. Collect three or more characters of a blue daisy, a pink love sign or cannabis on an active line to see this person wearing a T-shirt. Then, he will show the sign of the fallen combination, just looking or flying throughout the screen, meditating.

The symbols can be represented by: a peace sign – a pacifier, a love inscription, a cross with a loop, a dove of peace, a daisy, a yellow submarine from the Beatles song of the same name, a lava lamp, a peace sign shown with the fingers, hemp, mushrooms, hypnotic circle.

Before starting to play Happy 60’s, set a bet on the line, as well as the value of coins (0.01-10). Then set the number of game lines varying from 1 to 30. The “Start” button starts the game. Happy 60’s also provides an auto-mode. By activating this option, the reels automatically rotate until the mode stops.

For every appearance of the bonus symbol – cannabis, 100 points are added to your account. When you reach the 100 points mark, a bonus round will be launched. The hippies spent a lot of time meditating, so you need to help their achievement of spiritual enlightenment for one of the representatives of this subculture.

Select one of the Yin-Yang characters that appear on the screen at random to gain it. The Happy 60s game takes place in three stages. Each of them increases the payout. For the first, the second and the third stage, you are charged with 3.60, 18 and 36 coins accordingly. After the round played, points from a special account are cancelled and they must be re-collected.