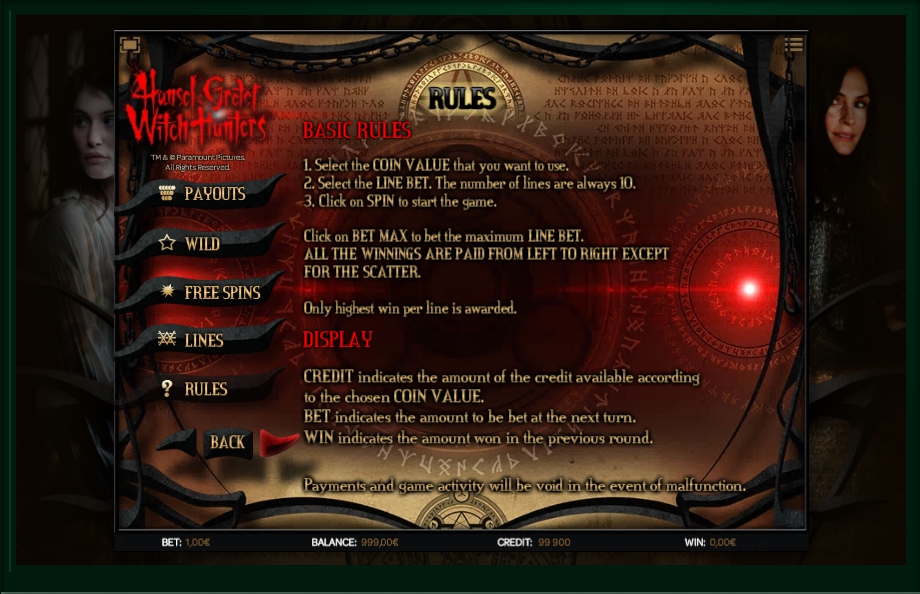 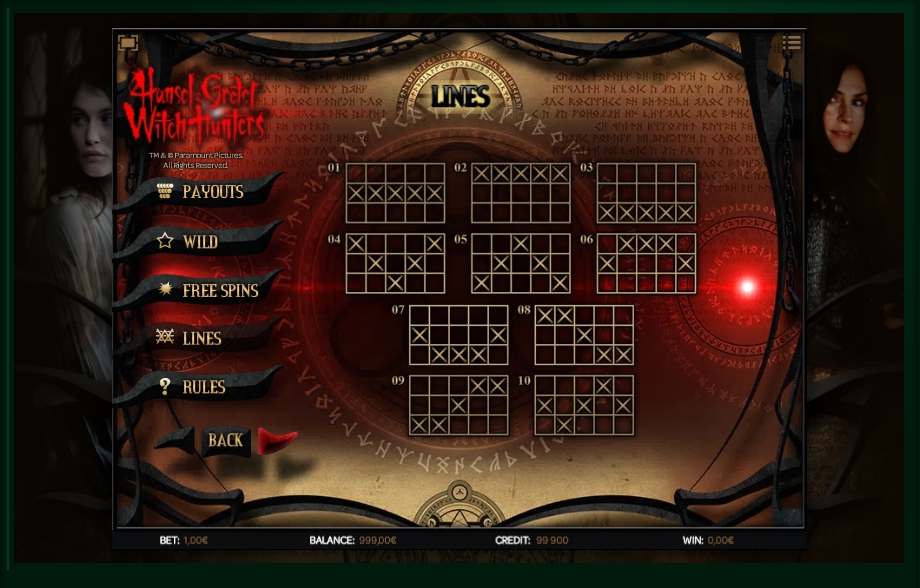 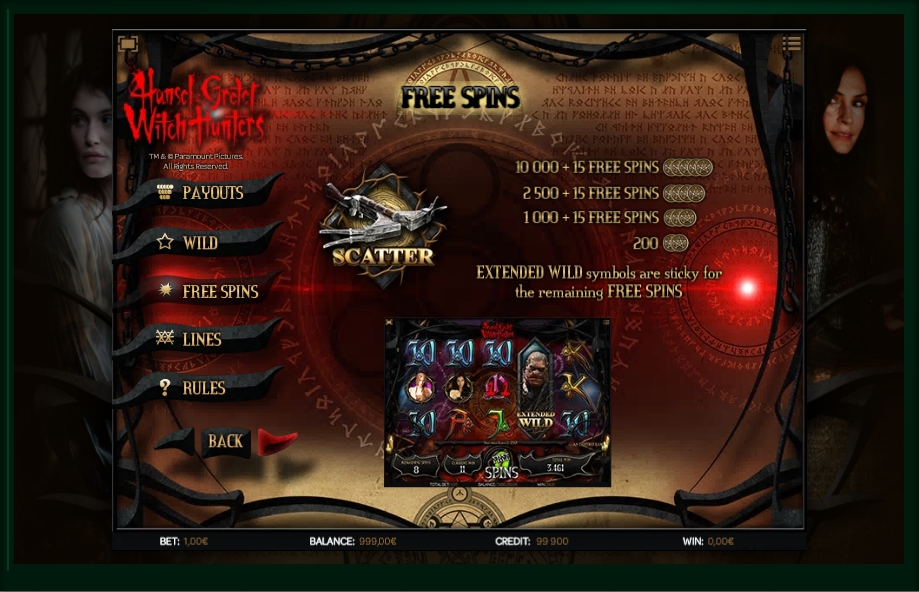 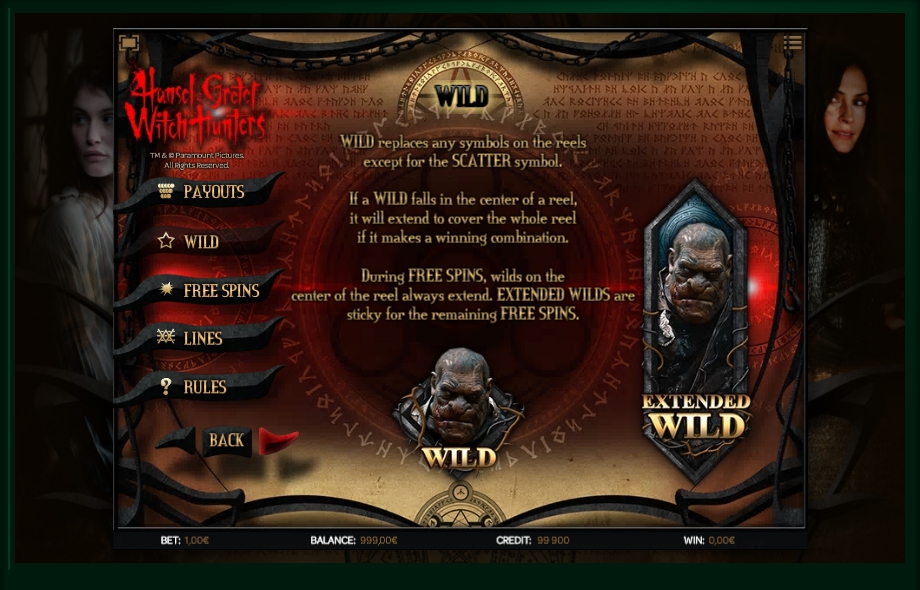 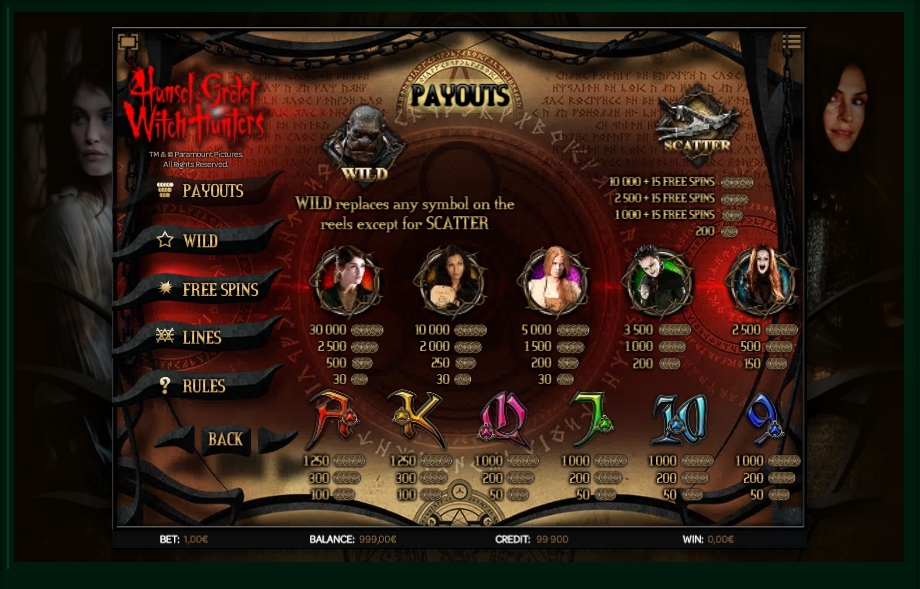 On one hand, the Hansel & Gretel Witch Hunters online game touches on the theme of a well-known German fairy tale Hansel and Gretel, on the other hand – it tells about a popular in the old days cult of witch hunts. Such an unusual intertwining of fairy-tale subjects with the facts of the past historical era is a real novelty in the world of online slots. Players are awaited by an amazing mix of mystery and fear in a complex with an entertaining gameplay. However, the proposed atmosphere, in which the player will be immersed, is rather gloomy and tense, but no less exciting.

Hansel and Gretel are the children of a poor woodcutter who lived with his wife in the forest. The whole story begins with the children being thrown into the dark forest. After that, the kids had the only goal – to survive. For this, they needed to defeat a wicked witch. In the company of these two children, you will battle with witches and trolls.

The monitored emulator from the Isoftbet manufacturer has a very eerie and gloomy design that completely corresponds to the chosen theme. The main colors of the design are black and red. Here and there you can see spiritualistic patterns and pictograms. On the sides of the drums are two lovely girls. Some elements of the design and the interface of the game imitate forged metal objects.

Before the start of the rotation, the user is asked to select the game loan rating using the lowest bottom left button on the control panel, then – to determine the amount of the bet per line in credits, which is done by alternately clicking on Line Bet. The number of lines provided by the developers is 10 and this indicator cannot be varied.

It is worth noting that the automatic rotation mode greatly facilitates the gameplay, eliminating unnecessary actions of the player. Also, for convenience, the developers added the maximum bet button.

The Wild symbol can replace all symbols in the game when it is necessary to make a winning combo except for Scatter. If Wild falls in the center of the reels, it will extend to cover the whole reel. The Scatter symbol can make scatter wins if you land 2 or more of them anywhere on the reels, but if you land 3 or more in addition to the scatter wins, you will be awarded with 15 Free Spins.

If during Free Spins Wilds hit the center of the reel, they will extend to cover the entire reel and they will become sticky for the remaining number of Free Spins.

Eye of the Amulet