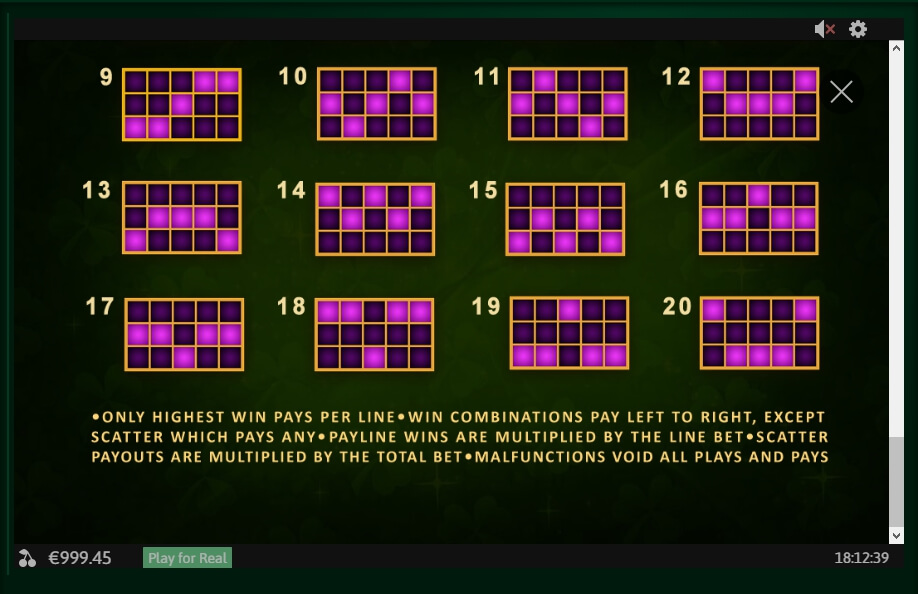 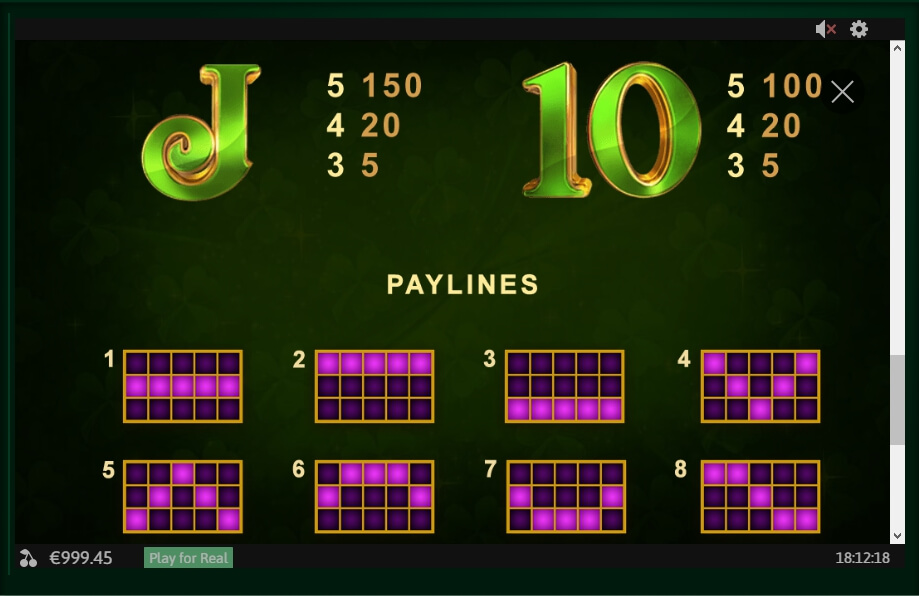 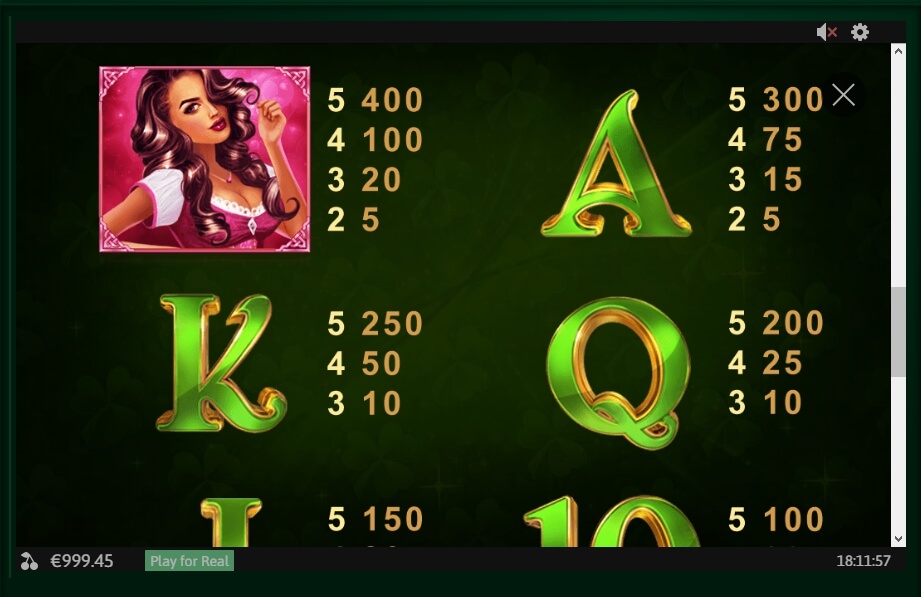 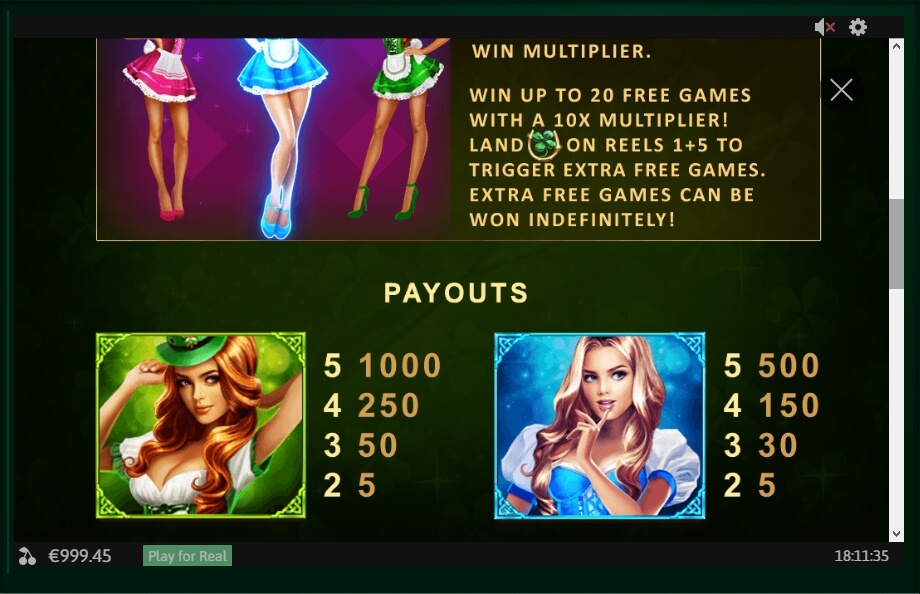 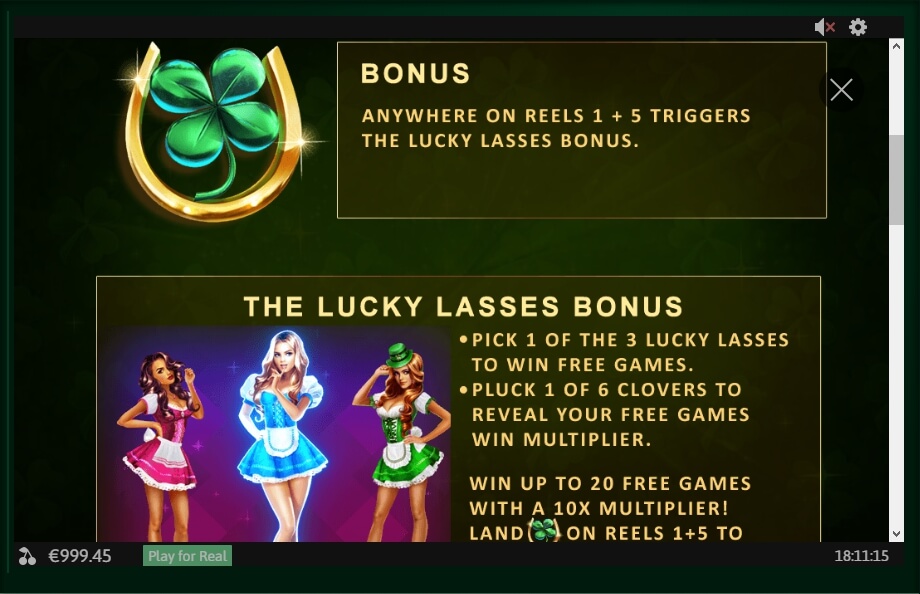 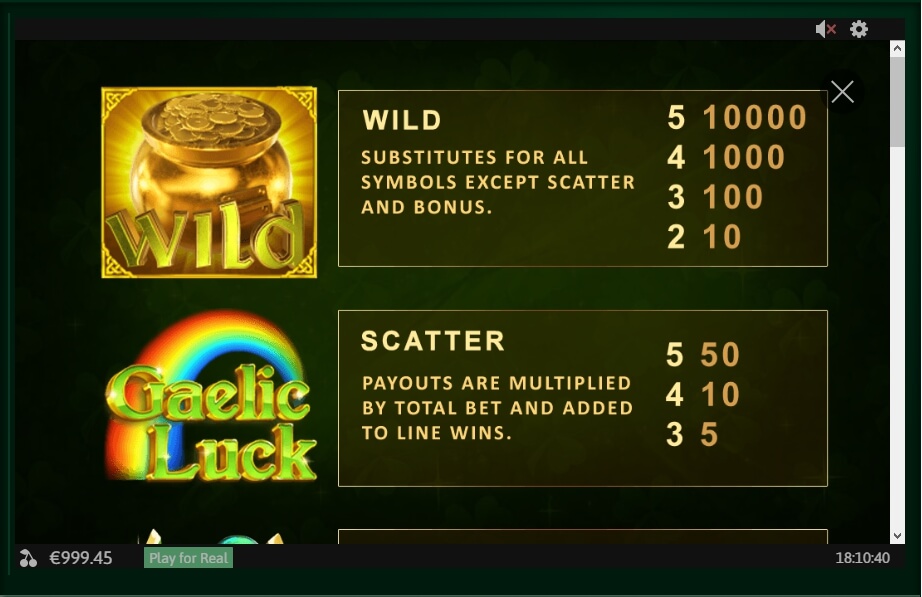 Today, many tour operators offer customers to make stunning trips to delightful Ireland where you can try unique beers and also learn more about local legends. In general, it can be said that local legends are dedicated to the luck that accompanies each user who chose Gaelic Luck. This slot machine is presented by the Playtech Corporation that for many years pleasantly surprises its fans. This time we are invited to make a virtual trip to mysterious Ireland.

The style of the slot machine is executed at the high level and fully complies with the proposed topic. It will allow you to plunge into the beautiful and unforgettable world of magic. The luxurious graphic 3D design, beautiful background music, exciting animation and thoughtful plot distinguish this video slot among analogues.

Opening the game the participants will be met by beautiful girls who will tell all the secrets of the successful game process. The color scheme is bright, but the decoration is dominated with green color according to the traditions of Ireland. The background is made in the form of a canvas on which there are ornaments of clover that brings happiness and wealth.

Above there is a golden logo that also emphasizes the color of this stunning country. All 5 reels are surrounded by bright flowers that match all 20 paylines that are available for play. To understand all the features of the online game, each traveler needs to visit the theoretical section that opens with the “i” button.

The first page tells about special symbols that are added by the developers. The line structures as well as general information are described further. After that, the user is ready to bet using the LINE BET key. To set the number of winning lines, use the LINES function buttons. Standard spins, turbo mode as well as automatic spinning are activated by the corresponding buttons that are located on the right side. If the soundtrack is distracting from the game, then you can turn it off.

As you know, mythical leprechauns live on the rainbow, so this element performs the functions of scatter. It can appear anywhere and give an additional payment. Catching a leprechaun, a person can take from him a pot of gold. This detail also takes part in the game session and performs wild functions. It can replace standard pictures and also reward the participant with real money.

The main prize is 5 million credits!
During the round of “Lucky Lasses” the player needs to choose a girl who hides the bonus spinning (3-20) and also the quatrefoil that hides additional credits that will be credited to the user’s balance. After all, this option can be restarted. As you can see, the slot machine has many pleasant surprises. To receive the main prize as well as positive emotions, the player does not even need to undergo the registration process. This slot game is available in the demo version without downloading.