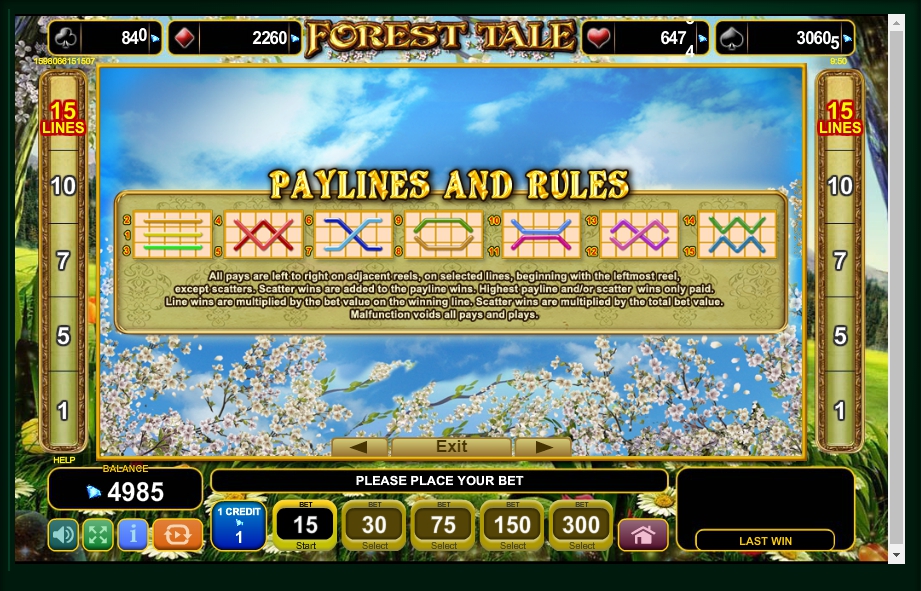 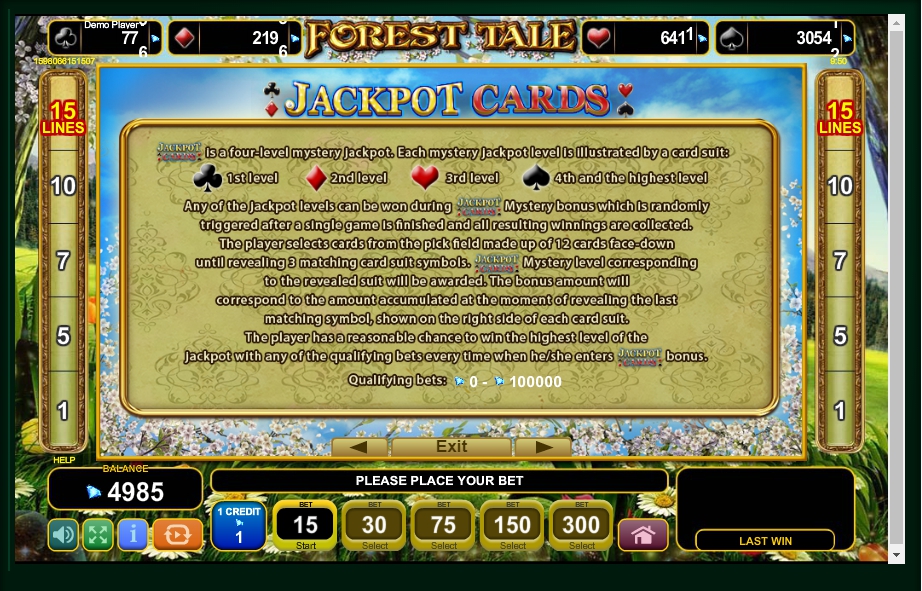 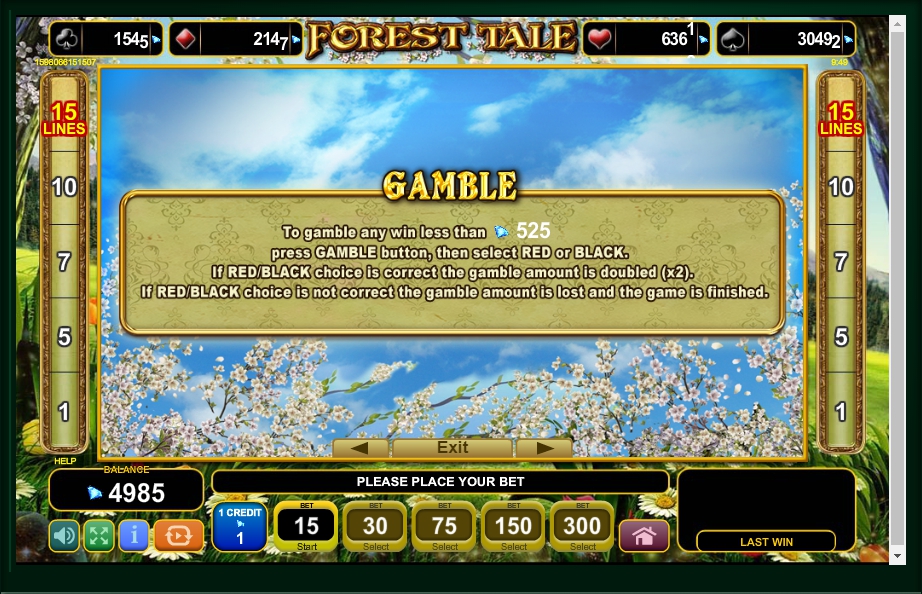 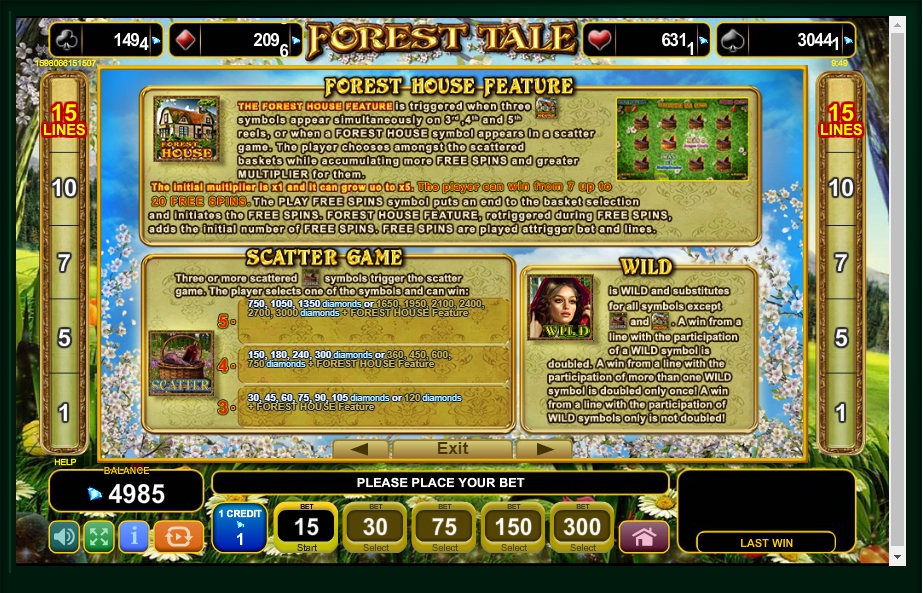 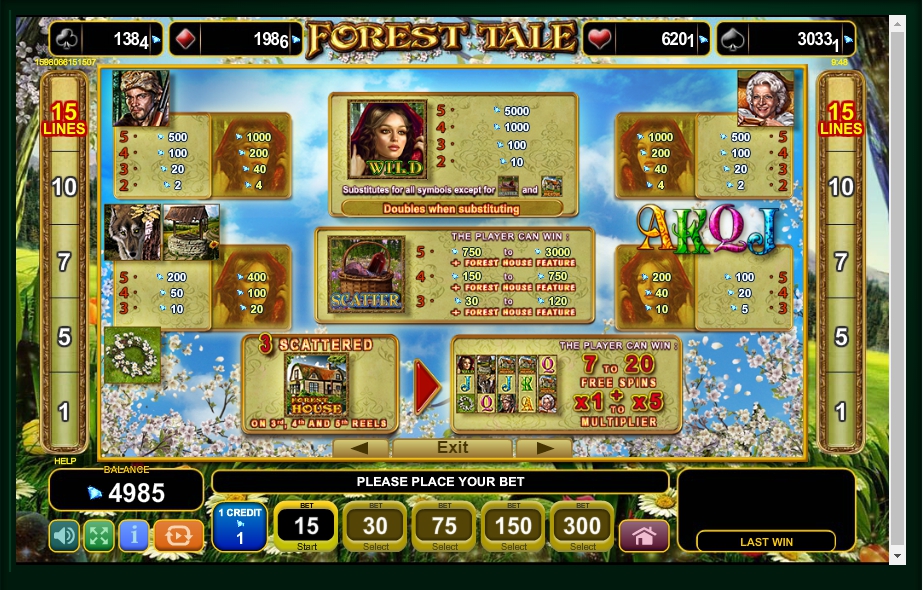 The tale, in which Red Riding Hood went through a dangerous forest to visit her grandmother, is known to everyone. This story served as the main topic for several films and also for cartoons. In general, fairy-tale motifs are often found in gambling entertaining machines as a main plot due to the high demand among visitors to online institutions. Developers from the company EGT also did not avoid this topic and released their fabulous apparatus.

The manufacturer right to your taste depicted the well-known scenario, presenting it as an exciting gambling game!

The motifs of a fairytale story are seen in every part of the visual design of the video slot Forest Tale. The plot will unfold on the forest edge. This is evidenced by a green meadow on the background.

The upper part of the main screen is informative, because there are changes in the four progressive jackpots and the accumulation of such prizes takes place in real time. Accordingly, the counters do not stop their movement. Each jackpot is marked with a card suit in order to avoid confusion in the future.

The playing field is formed from 5 traditional drums and 15 lines. Drums are decorated in golden shades, which complement the overall color scheme. At the bottom are all control buttons, including “lines” and “bets”. In addition, there are buttons that give access to rules and information about the current payout ratios. The control buttons also show the user’s available balance. The player can always track changes of his own account.

Since the thematic for the slot Forest Tale is a traditional gambling, the rules here are also familiar to many. First, the participant must specify the value of the bet and set the required parameter to the lines.

If the combination is successful, the bonus line will be indicated. If the bonus round is opened, the user is invited to select several elements at random, behind which the balance replenishment or free spins may be hidden.

Since there are four progressive jackpots in the game Forest Tale, their rally can be activated at any time. The essence of the mini-game, in which you can try your luck and win a progressive prize, is to arbitrarily open the cards. Having collected three identical suits, the user will become the owner of the prize! This level opens in a separate window, and twenty cards are available to the user.

The thematic game Forest Tale has an original set of characters. Red Riding Hood is the Wild. Its function is to replace redundant values ​​and also to double the combination. Another special element is the Scatter, which is paid in any combination, regardless of the positions on the reels. Also, the Scatter sign can open a bonus game.