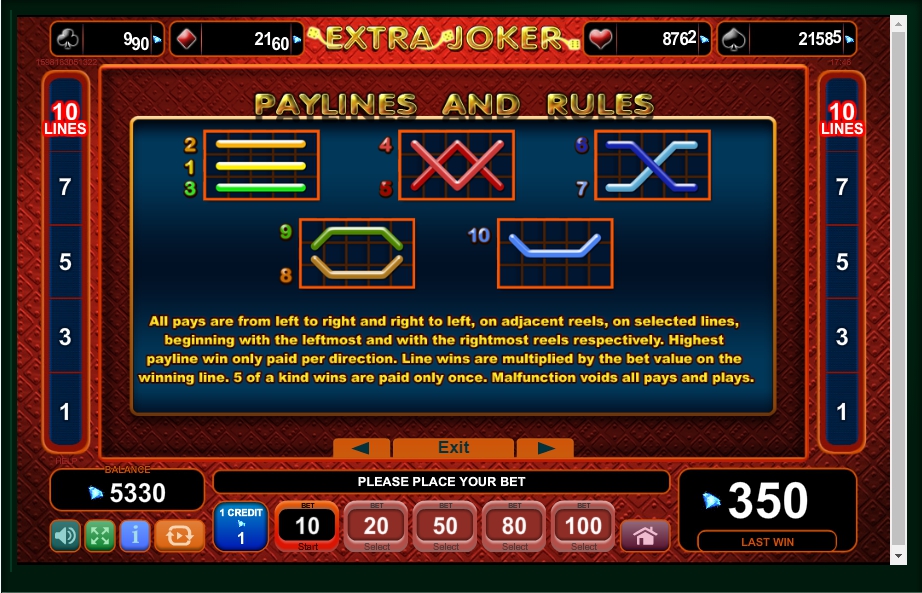 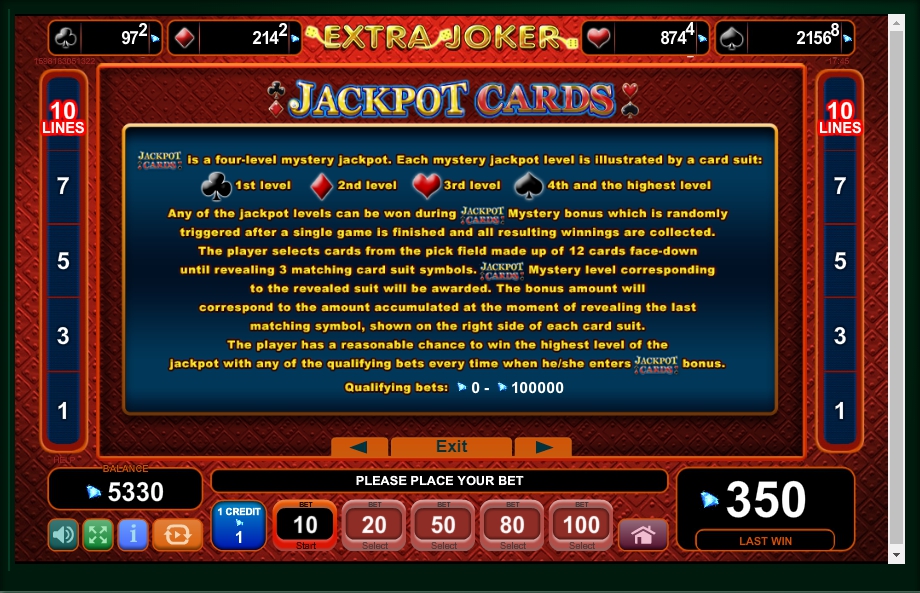 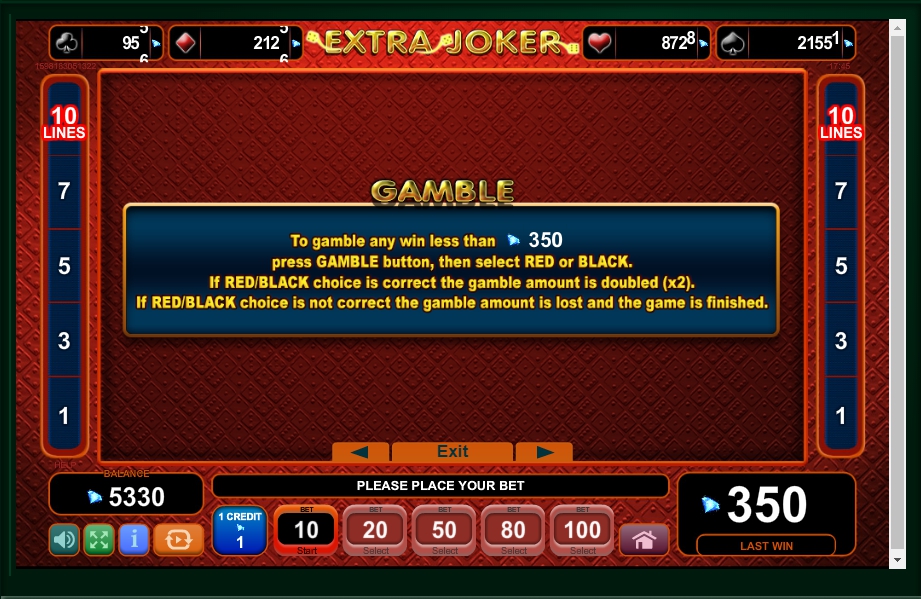 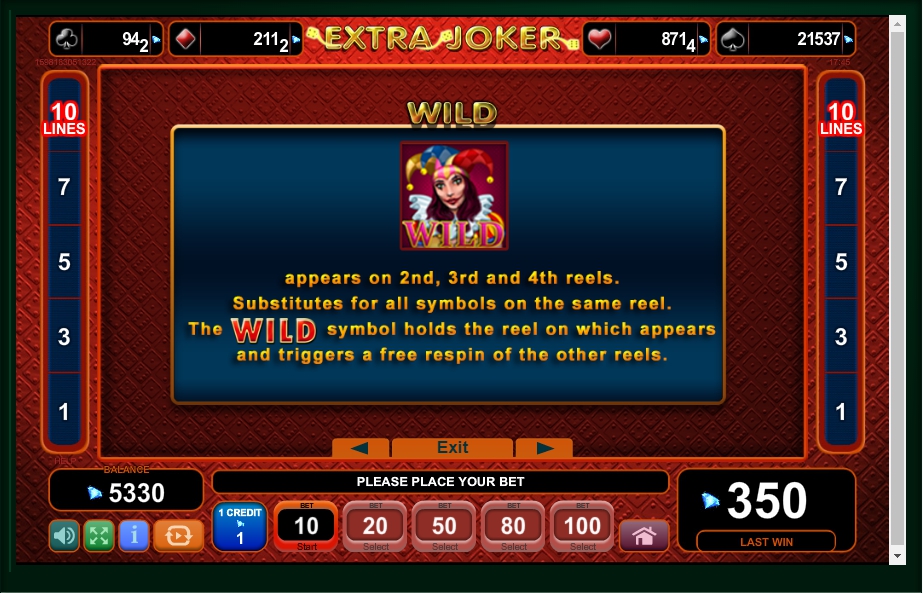 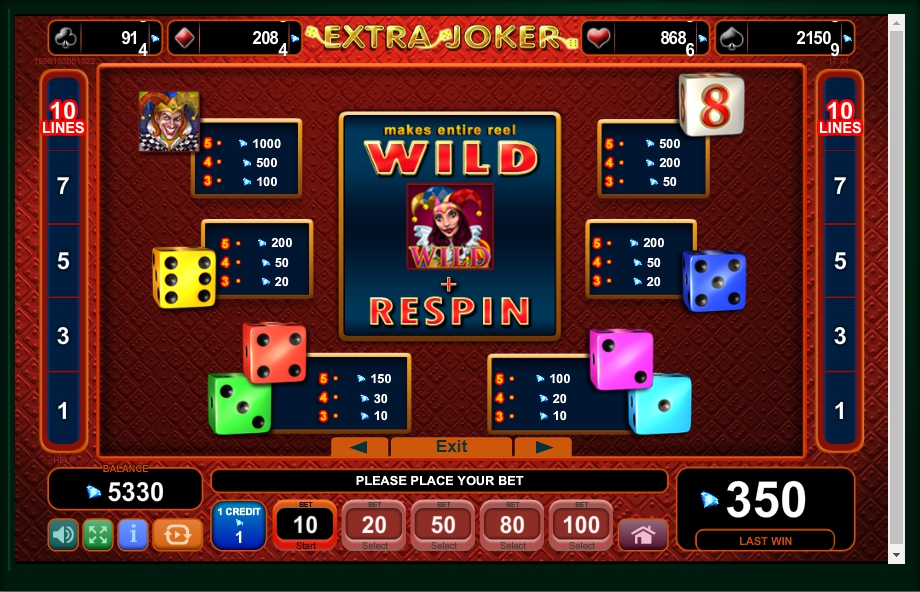 Usually the word “joker” evokes an image of a playing card. In our time, the image of the Joker is often perceived negatively, since the first association that “pops up” in this context relates with the Joker from the comic book adaptation. In most decks, consisting of 54 cards, there is one special, having the same name with the slot. Traditionally, it depicts a court jester. In different card games, the joker is used differently. One of the most famous of them is the dice game.

Opening the playing field, in front of a participant will appear a red canvas accommodated 5 playing reels and 10 game lines. The game is designed quite simply, being at the same time stylish. Note that you define only one parameter of the game – the bet size, since all the lines participate in the process without exception.

In the upper part you can find a game logo and 4 fields with different progressive jackpots. At the beginning of the game, you should consider not the rotation of the reels, but familiarization with its rules and a control panel. First, you need to open the PAYTABLE section, which contains an information about payments for profitable combos, as well as the basic rules of the game process.

The next step is to fix the optimal bet size when using bet / start: 10,20,50,80,100. In addition, a player may need a GAMBLE key, which starts a risk-game. Having dealt with all above, the participant can start to rotate.

Usually, for starting the drums the START button is used, but it happens that the user wants to play the game in an automatic mode. To do this, you must use the AUTOPLAY function.

Despite the fact that the bonus round in the slot machine is not provided, the usual combinations of the developers of the video slot are not limited. In this basis, a risk-game, the essence of which is to double the amount for the winning line-up, was created. To proceed to this round, a competitor should create some winning combination, and then press the GAMBLE key.

After this action a gamer will be transferred to a separate round. A number of closed cards and two buttons with the inscriptions of their colours (red and black) will be placed before the user. The player’s task is to guess the colours of the closed cards, while increasing the profit.

In order to leave the risky game, the participant should press the COLLECT key. However, having no desire to do it, you can refuse to participate and take the win. In this case the main game will be continued.

By the way, the main prize produced by the game reaches 3,000 coins.