You can not play this game for free
For free slots game go
Play free
or
(7 votes)
Full screen: Report a Problem: close 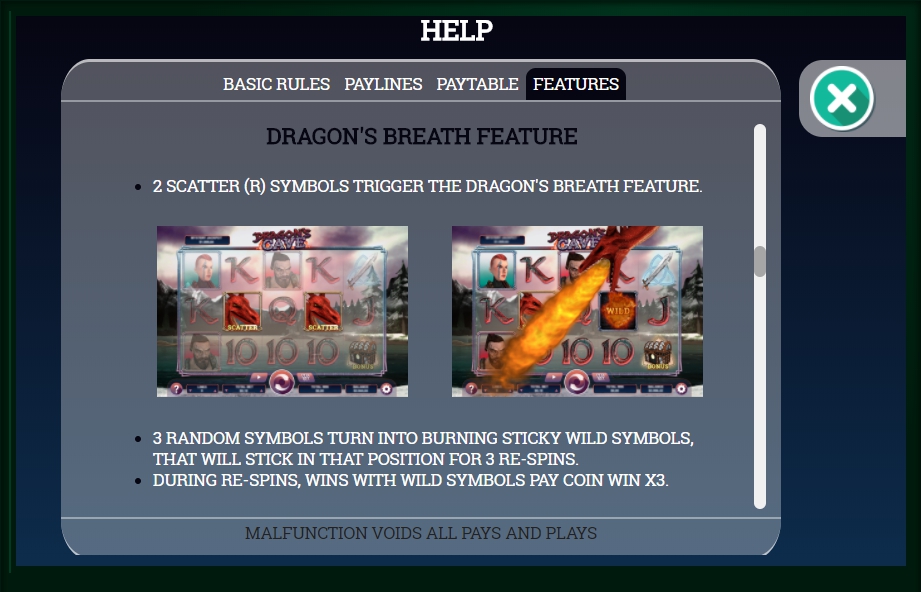 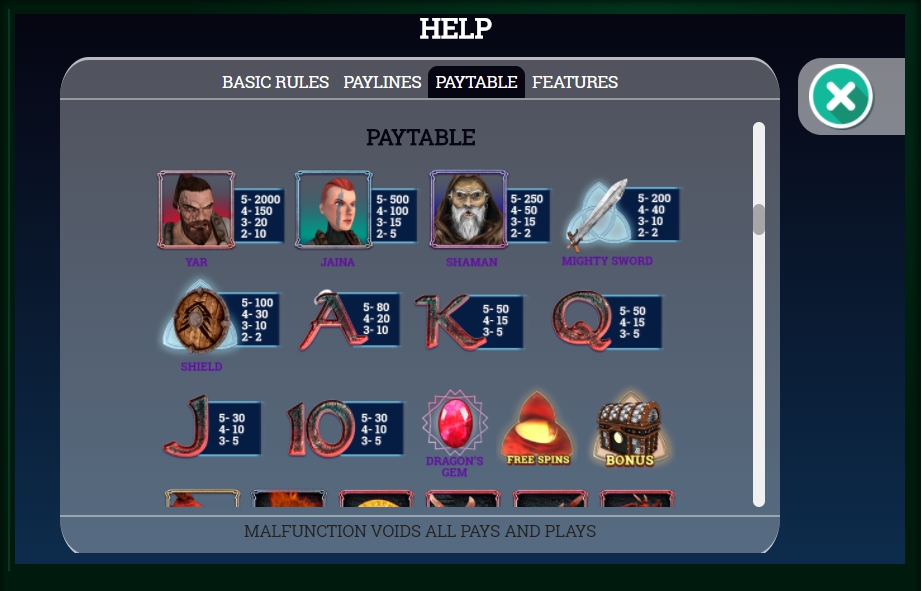 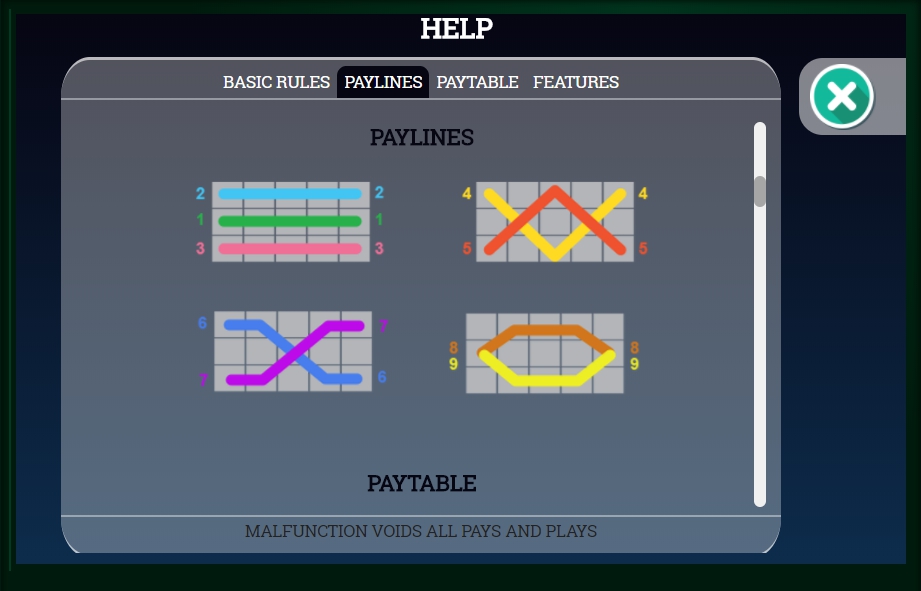 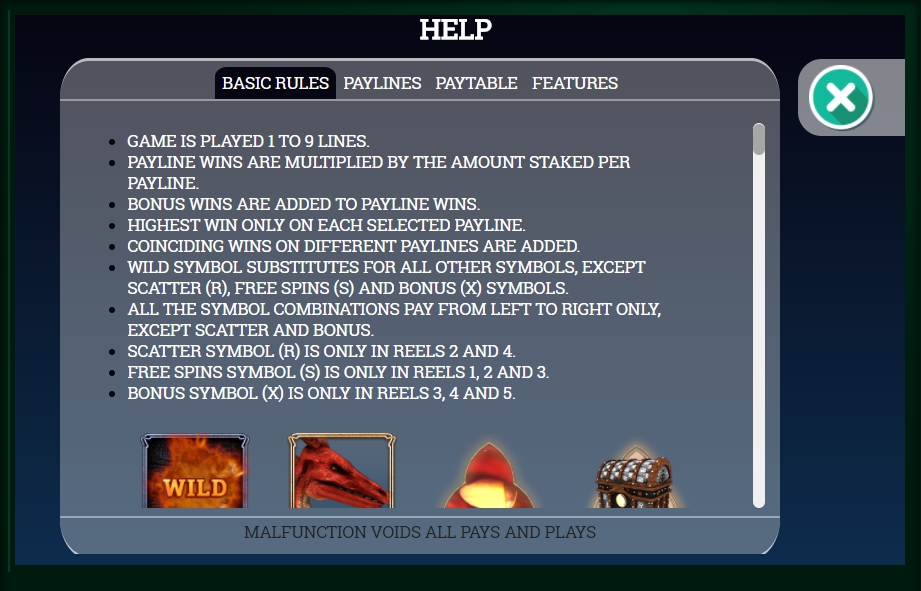 The first mention of dragons refers to the ancient Sumerian culture. Ancient legends contain descriptions of a dragon, being an amazing creature, unlike any animal and at the same time having a similarity with many of them. As a rule, the dragons lived in mountains and protected various treasures. The new “Dragon’s Cave” online game gives every user an opportunity to enter a fantasy world full of magic and mysticism, as well as incredible gemstones. Join the intrepid warrior and go on an adventure, armed with a sword and a shield.

Fantastic plot captures from the first minute. Therefore, the user is immediately transferred to a cold forest, where he will become a brave warrior. The stylistics of the game process completely coincides with its theme. The betting panel is traditionally located at the bottom, while it seems to be a part of the background image, standing out against its background only with the appropriate signatures. Players can control two important indicators: a bet and a line. For the first one, there is a separate Total Bet button, and for the second one there is a Lines button. The players can choose any number of lines, which varies from one to nine.

For the experienced players, designers have placed another button – Max Bet, which puts the maximum bet. As for the launch of the reels, it is possible to be performed in manual or automatic mode.

For each of the start options, a separate button is provided. At the time of autoplay, a player will be asked to set the number of automatic spins. In addition, there are buttons for sound adjustment and a button with a question mark on the control panel. It opens a section, where all the rules are described.

Moreover, the Dragon’s Cave online game is fully compatible with mobile devices, so you can get into this fantastic world and win real wealth, being anywhere in anytime.

What about Wild, it is represented as Fire Blast, having an ability to substitute for any symbol in the game except for Scatter, free spins and bonus image. During Free Spins there are 4 different Wilds – golden coin and 3 different pictures of the same dragon.

Scatter symbol is the Dragon, and it appears only on the 2nd and 4th reel. If customer lands two of them, he will trigger the Dragon’s Breath feature. During the feature, 3 random pictures will turn into burning sticky Wild, which will remain locked in place for 3 re-spins. The winnings where Wild substitutes during re-spins are multiplied by 3.

Free Spins here are represented as triquetra and appears only on the 1st, 2nd and 3rd reel. Three of them during the main game reward you with 10 free spins. The feature can be retriggered, and once you re-trigger it, you win additional 5 spins.