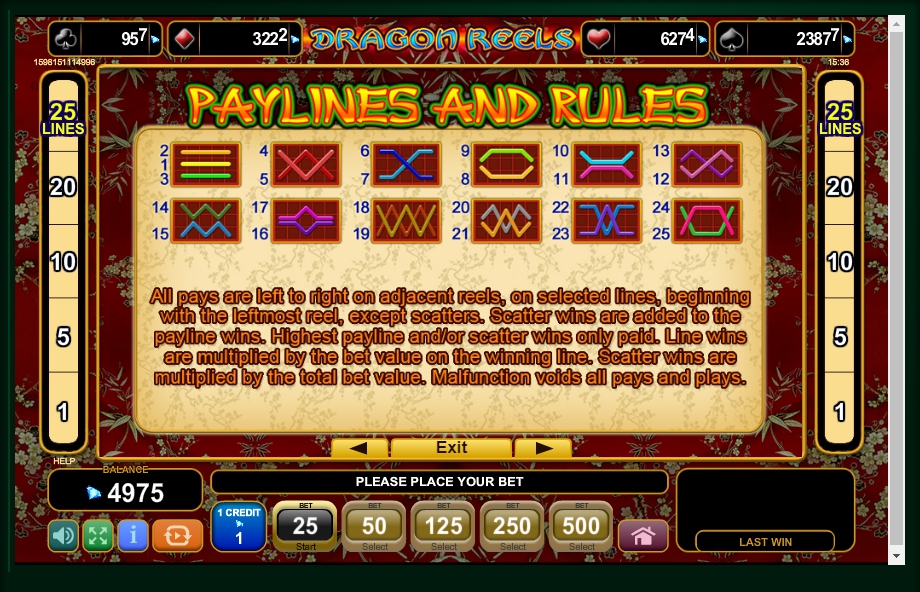 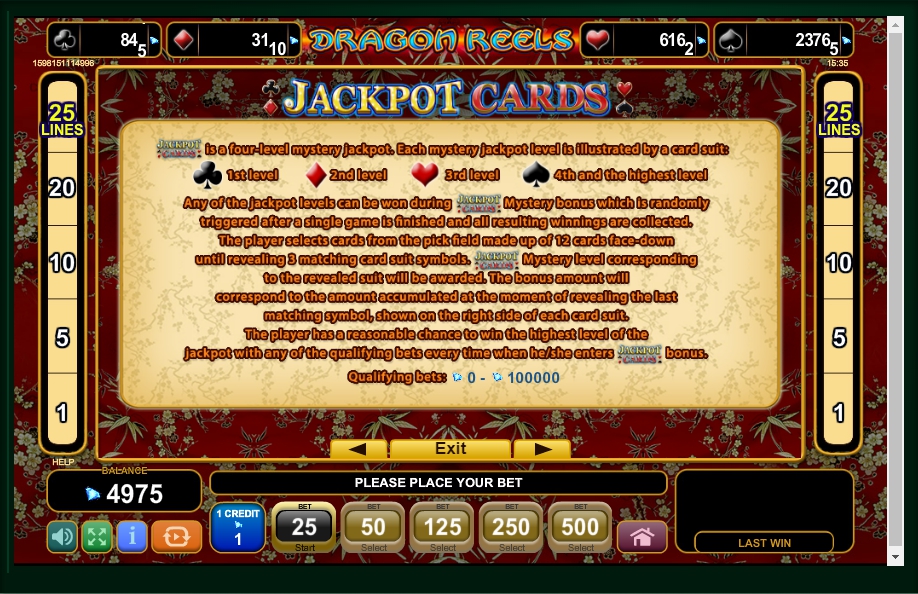 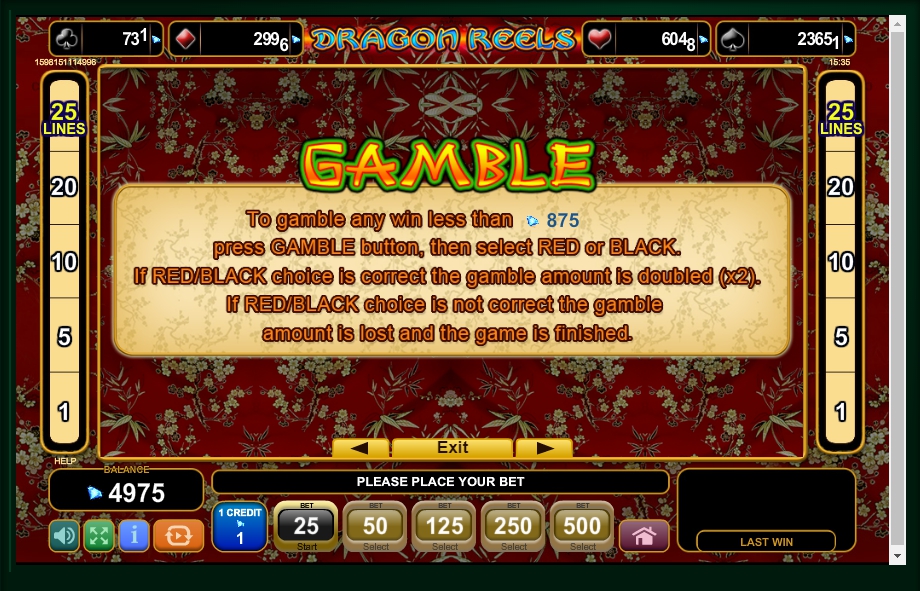 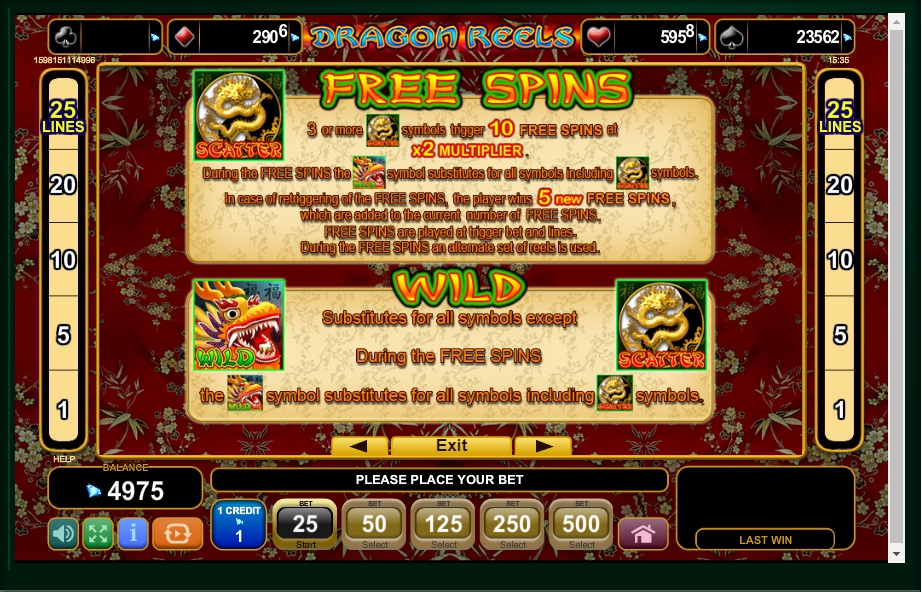 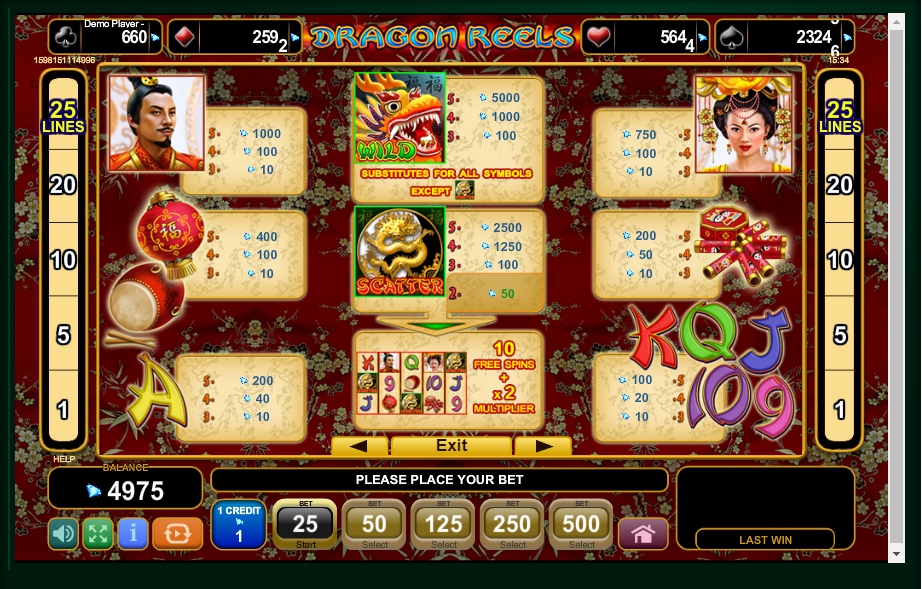 The well-known company Euro Games Technology presents its new creation of a slot-machine called “Dragon Reels”, which is dedicated to Chinese culture, and in particular to powerful mythological creatures. Like all other EGT products, this slot has a high-quality design, which is perfectly combined with a high rate of return and generous bonuses.

The game process in Dragon Reels takes place on five reels with 25 fixed prize lines, from which the customer can choose any number of them. The main screen of the slot is decorated using traditional Chinese graphics: on the wallpaper with the appropriate ornament, the drums rotate. The game involves instrumental Chinese folk music, which gives the whole process even more interest.

Those players who used the product of Euro Games Technology know where the control panel is located. Below to the left you will find custom settings, which include: mute, activate full screen and tab “i”. Experienced users know how important it is before the game to visit the theoretical section. After all, here you will find rules and nuances.

Also, you will have two options for starting the scrolls. Spin – manual rotation during which the player controls the gameplay. The autoplay function rotates the reels automatically without user intervention.

As in many other games, the profitability of each round depends on the size of your bet and the number of paid lines in the game. Once you have determined bet size, coin denomination and lines with bet / start buttons 25, 50, 100, 200 and 500, you rotate the reels by clicking on the start button.

The paytable is placed at the top left of the small, barely noticeable tab paytable. It will describe in detail for you each symbol and the amount of the expected prize, depending on the number of identical pictures.

Despite the absence of an additional thematic round, the game is quite profitable, the percentage of its return in theory is more than 96.5%. Each time after the bonus combo falls on the crane and you receive a payout according to the coefficient table, this means that you can also use the opportunity to participate in the game by chance by going to gamble mode.

The rules are simple: the map will appear on the screen, the color of which you will correctly identify. For the right color you will be rewarded with a double bet and you can continue the game. This mode is called a risk game, since your chances to lose and win are equal.

Also in Dragon Reels at your service are four mysterious Jack Pot (according to four card suits), the game for each of which is activated randomly. There, out of 12 cards, you have to choose three of the same suit.