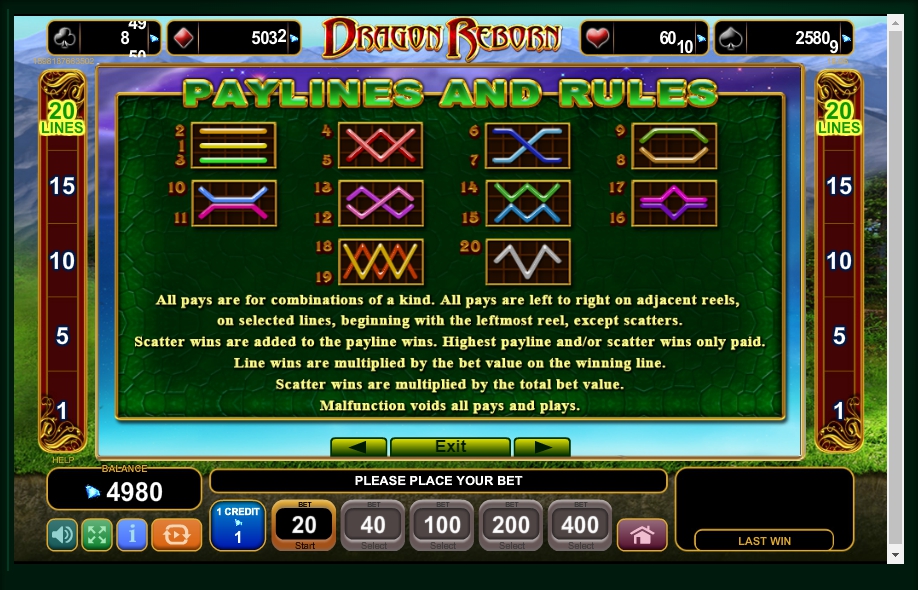 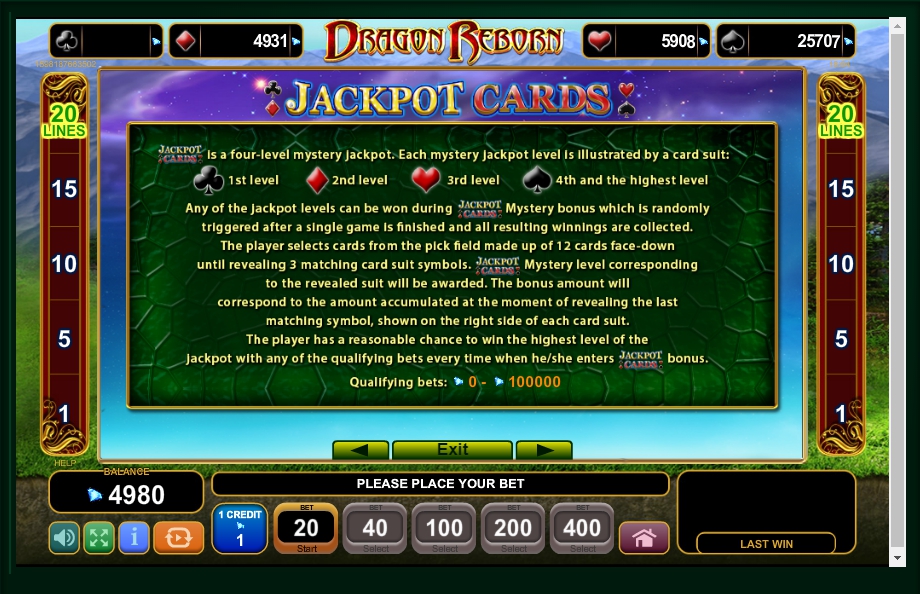 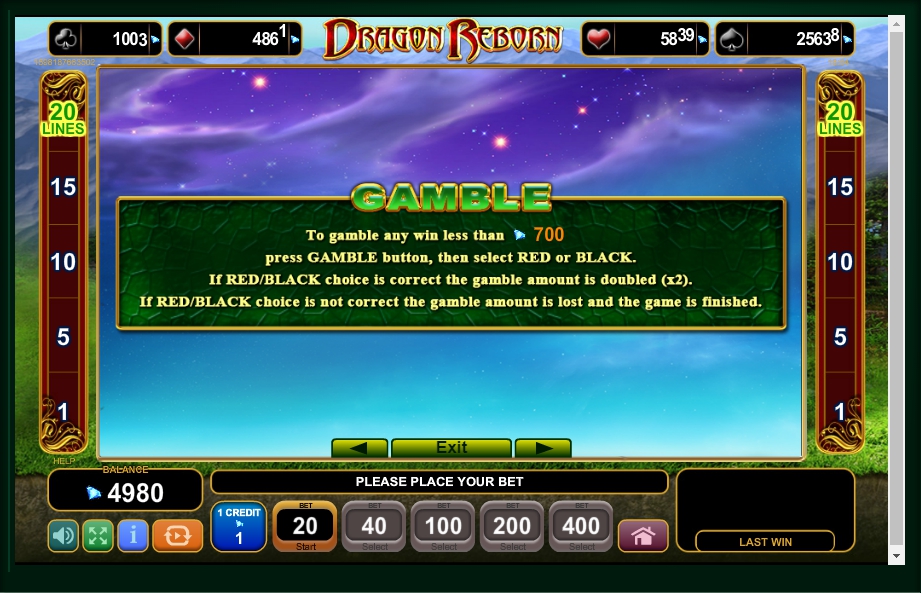 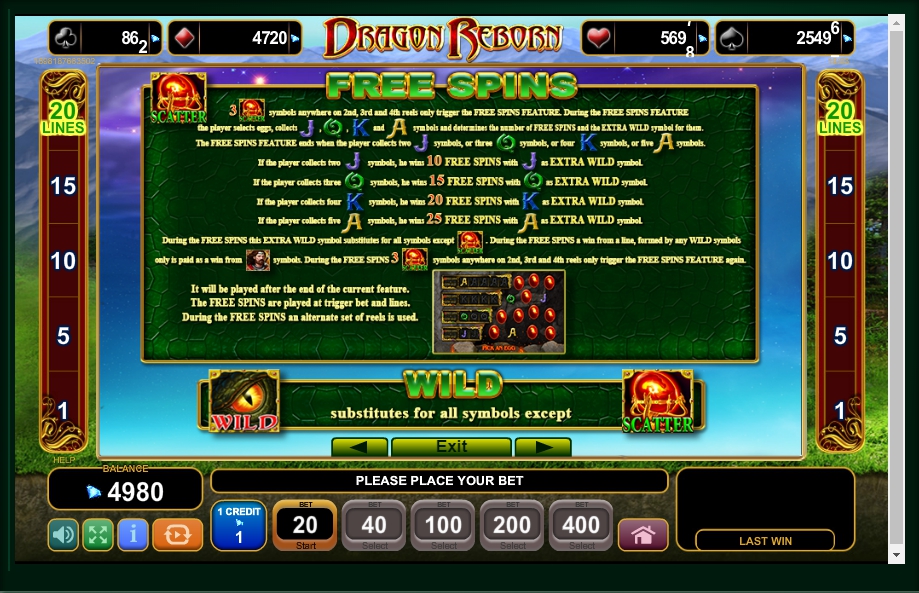 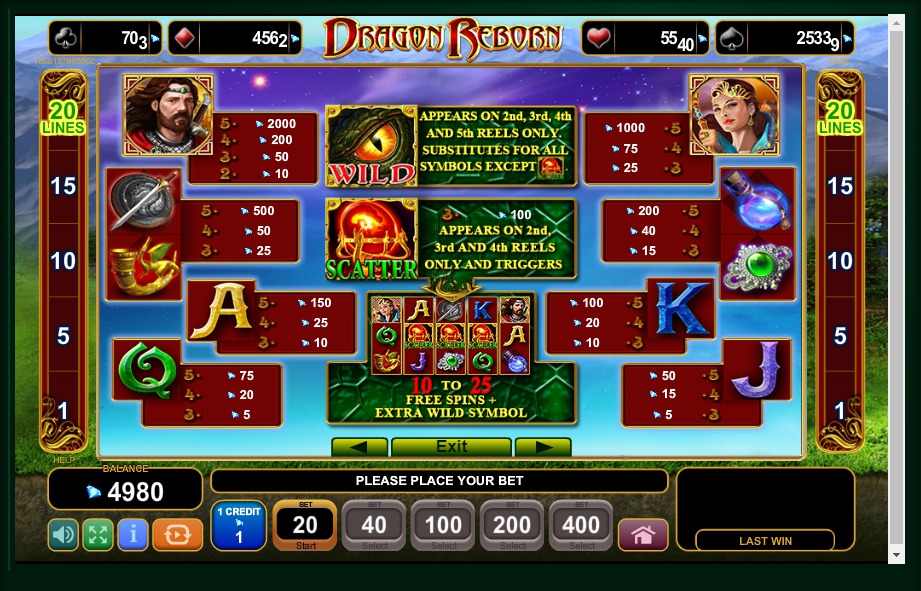 Dragons in mythology are represented in cultures of many peoples of the world. Asians distinguish these creatures by the number of fingers on their paws, the presence of wings and the habitat. Scandinavians and Slavs also believed that there are both dragons, performing a positive function, and evil beings. The Euro Games Technology Company proposes to become a brave knight and kill an evil dragon. To do this, you just need to start the Dragon Reborn game.

The developers can be proud of this video slot. They managed to convey an atmosphere of a fantastic world of dragons, about which many legends and myths are composed. Dynamic music accompanies the whole gameplay. Great dragons, along with their mistress, take their place on 5 drums and 20 lines for payouts. A navigation panel allows you to quickly and seamlessly configure necessary parameters of the game session. For this, there is a standard set of buttons and a scoreboard. “Bet” – the sum of the total bet, also this button starts the rotation.

“Credit” – the balance state, the Autoplay button – turns on the automatic rotation mode. A very important section opened by the “i” button is the payment table.

All the information on the game can be found right here – the features of ordinary and special characters, the conditions for the loss of profitable combos and graphic images of the game lines. The gaming session begins with determining the total bet per round.

The role of the wild symbol is played by the eye of the dragon, which can replace other images and generate profitable combinations. Scatters appear as glowing and fiery orbs. These pictures can be found only on the 2nd, 3rd and 4th reel.

The Dragon Reborn slot machine provides four different Jackpots, which correspond to the names of four card suits. The draw of each of the four mysterious Jackpots can fall out randomly to a player. The essence of the game is that you need to choose three cards of the same suit from 12 ones.

After each win, a user can double his or her reward by taking advantage of the gamble risk mode. A closed card appears on the playing field. The player must guess the colour of the unknown card in order to double the winnings.