You can not play this game for free
For free slots game go
Play free
or
(19 votes)
Game Played: 5
Full screen: close 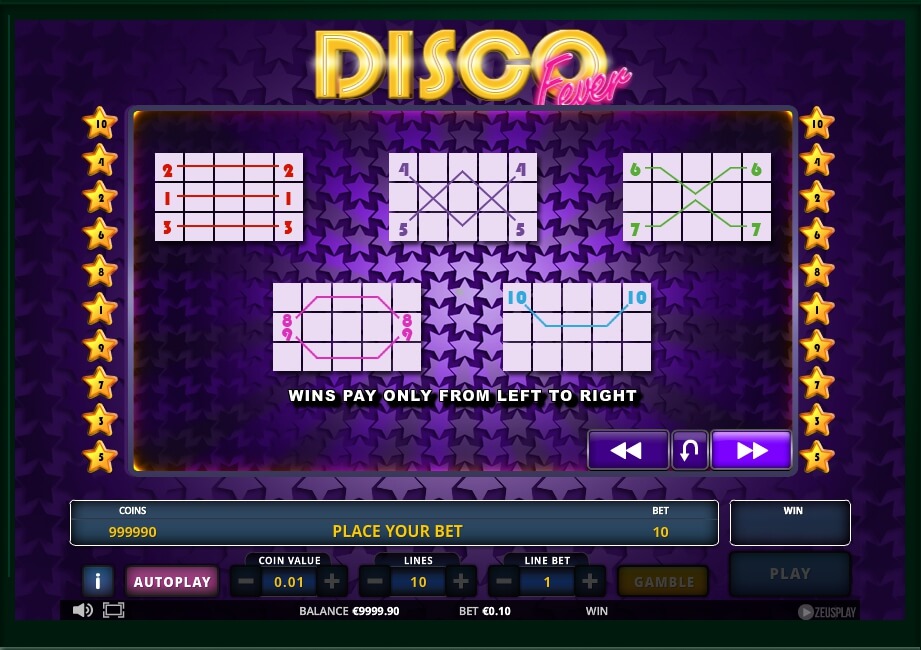 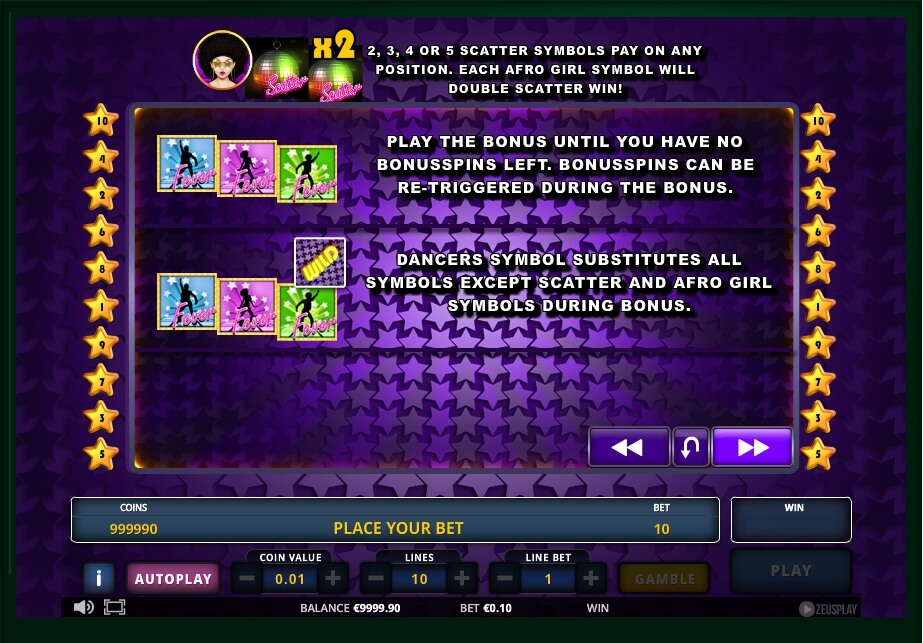 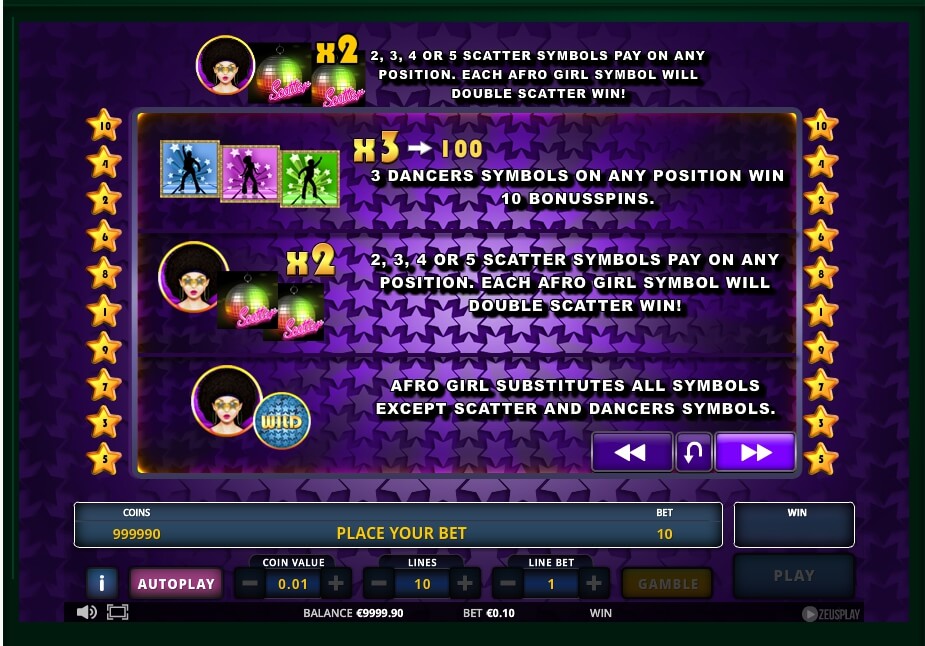 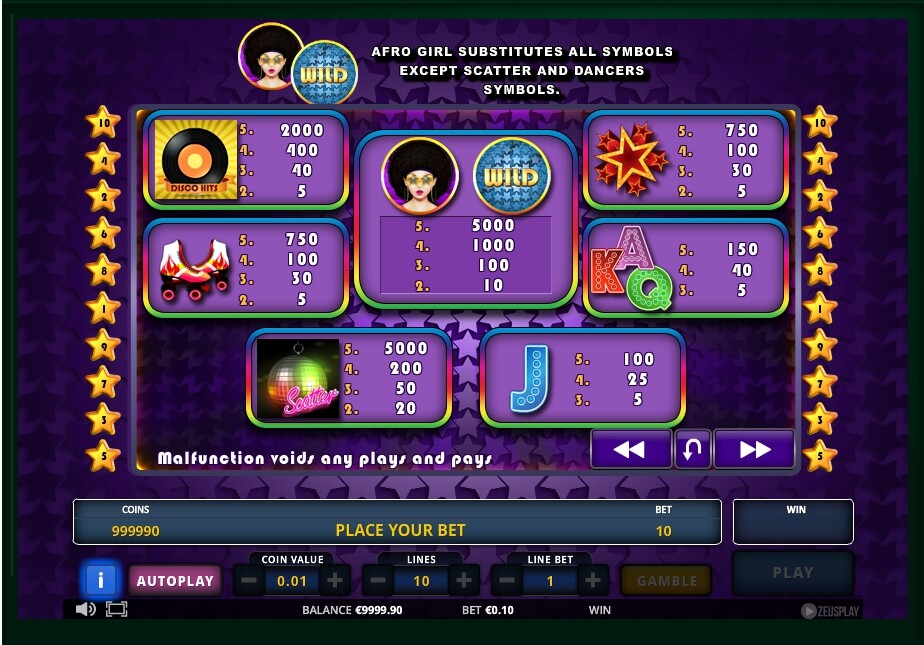 Welcome to the incendiary world of disco! Magnificent and exclusive “Disco Fever” will return users in the 70th. Here every visitor will receive colorful graphics and a live sound with various popular melodies that will give positive emotions. Everyone can find their place at this party. The developers from Zeus Play again pleased their fans with a themed slot. Disco appeared many years ago, but this style is still popular. In addition, it is often used by game manufacturers. Let us look at the features of this video slot.

Disco music and dances were a popular trend of pop culture of the last century. The history of this genre begins approximately from the middle of 70th in Europe and America. The genre was characterized by rhythmic music, bright lights and also young guys and girls. As a result, a new style of clothing and behavior appeared. The enchanting popularity of disco lies in the simplicity of basic movements, the absence of strict rules and requirements.

The era of disco attracts with its bright and cheerful atmosphere. Each detail of the slot machine embodies this style. Simple and at the same time stylish 5 reels are made in bright colors. On the sides, we can see 10 stars that indicate available lines. At the top is a bright logo that is made in 3D.

A back background is filled with purple flowers and ornaments. The control panel is at the bottom according to the company’s traditions. Before making a bet, the user has to select the coin value using the same-named button. After that, click on the line bet button and select its value. The lines button will help the player choose the number of paylines for a round.

To start rotation, two buttons are used: play and autoplay. In the second case, the automatic game mode, during which you can relax and enjoy incendiary dances, will be activated. We will look at the function of the gamble button later. On the left side, there is the “i” button that opens access to the theoretical section. Here the participant will find the rules and the payment table.

Hawing won, you will hear the characteristic sound effects as well as see bright animations. Also, after that, the gamble button that suggests increasing the payout will appear. There are no complicated rules, so you can easily win real money.

Pay attention that in this risk-game, the payment can be canceled. If three Disco Dancers appear on the playing field, then an additional tour will be activated. During the next 10 spins, the bet is made by an online casino. This is a great chance to win 150 thousand bets. Wild as usual helps to make combinations.

As you know, it can replace standard images. In general, the developers have added a lot of pleasant surprises and bonuses that will help to get pleasure and payments.

Other Games by ZEUS PLAY

Guardian of the Sand

Legend of the Sea