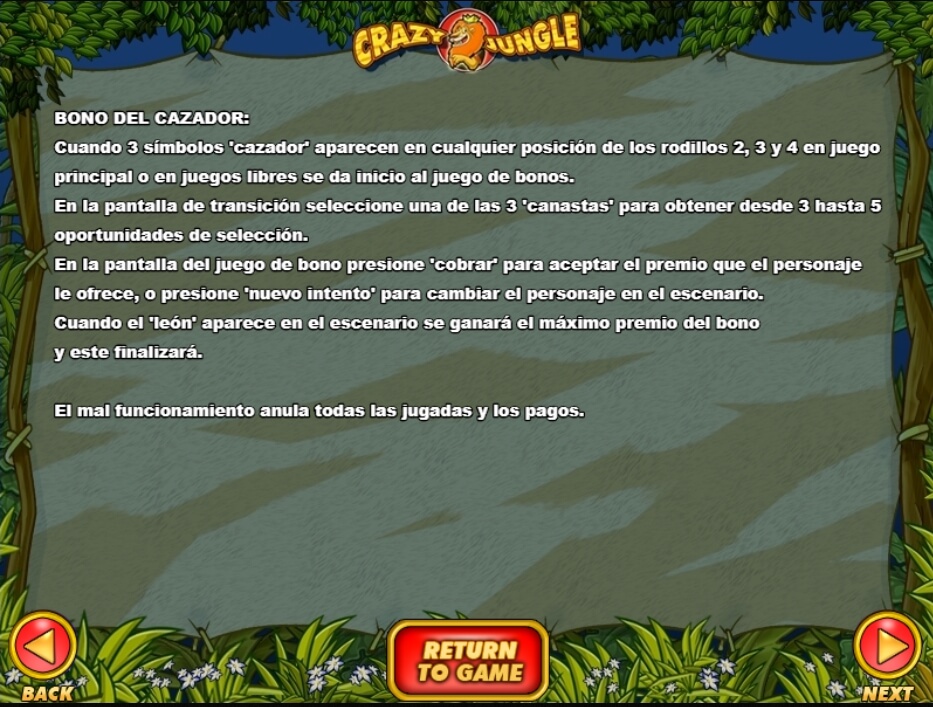 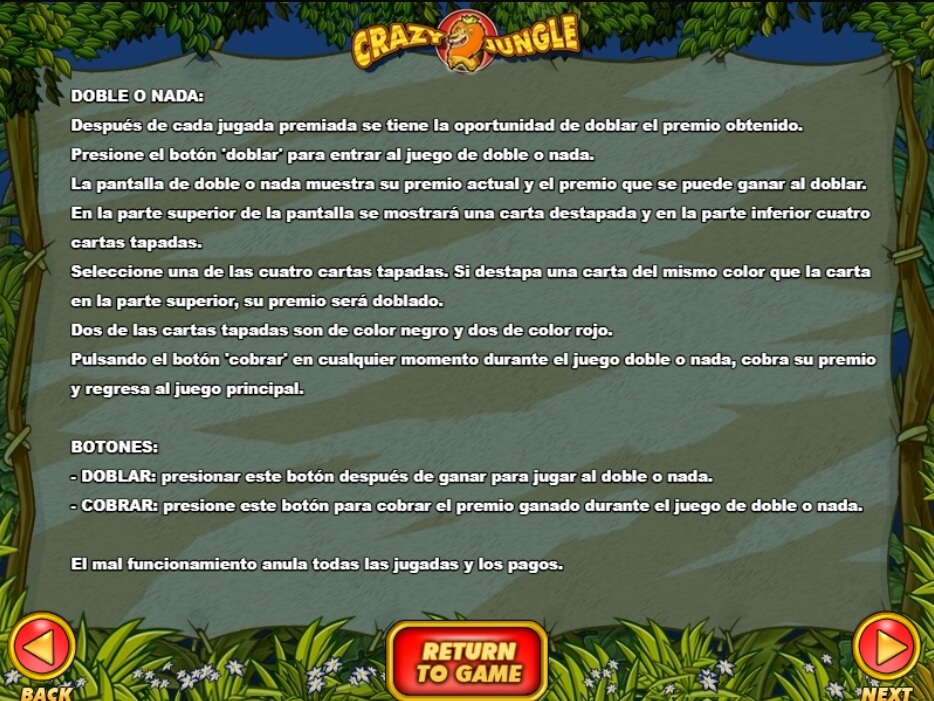 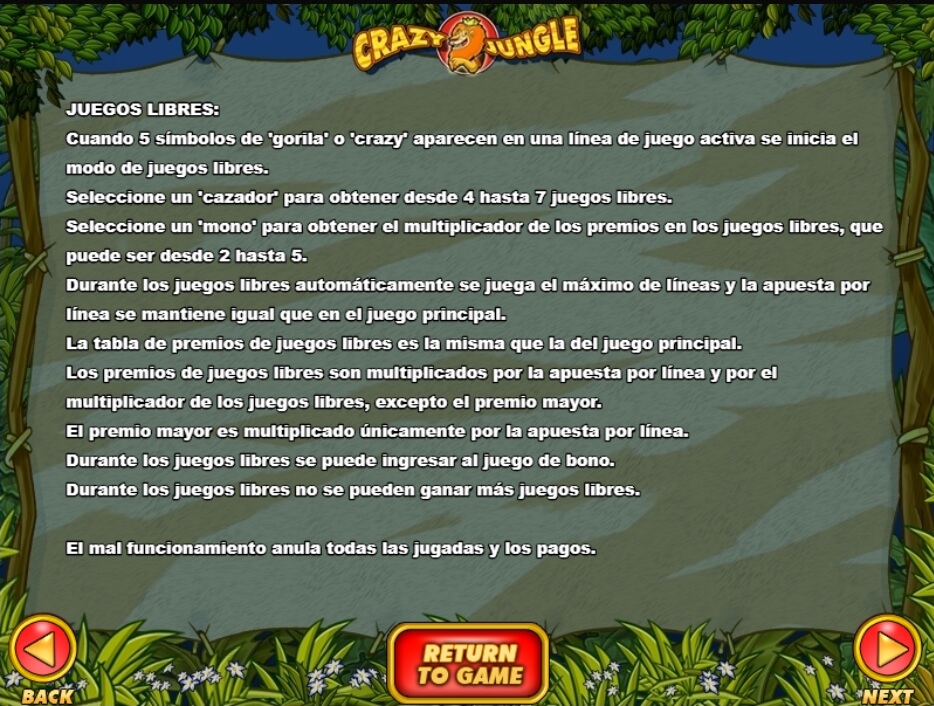 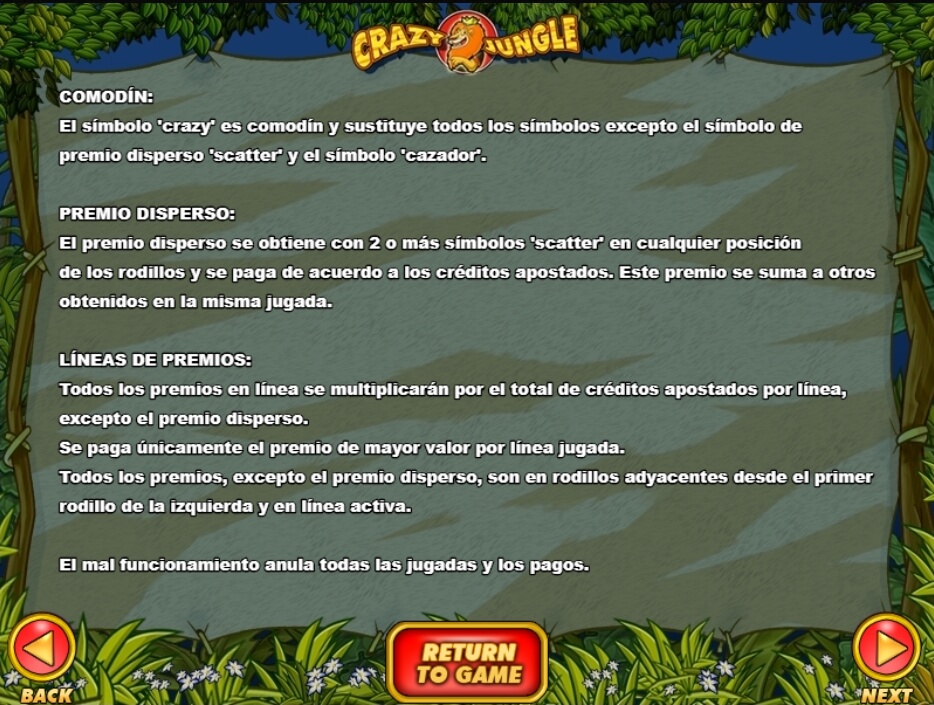 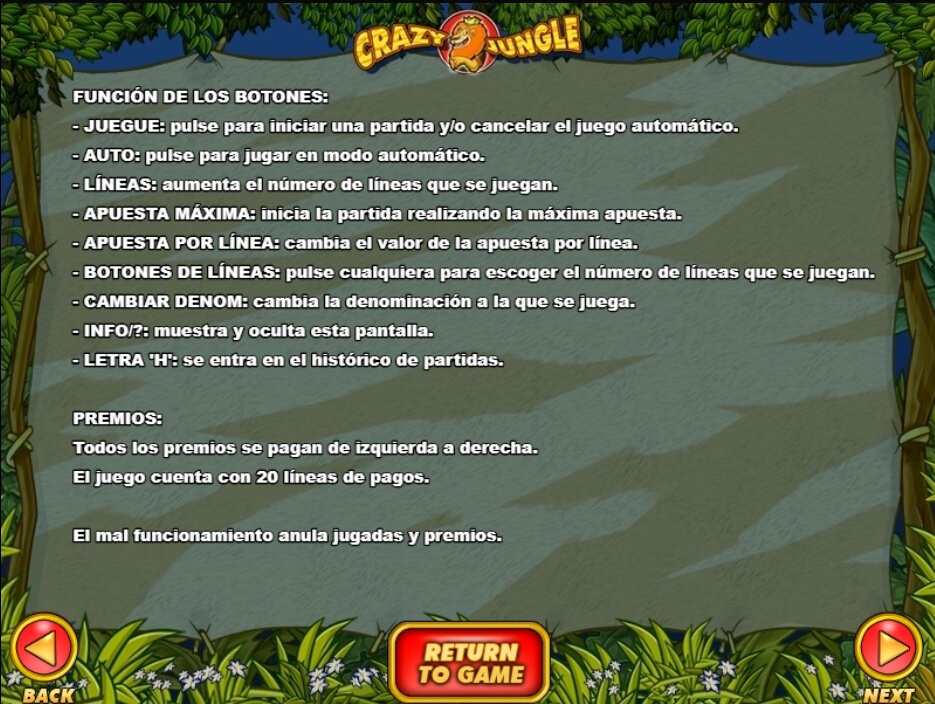 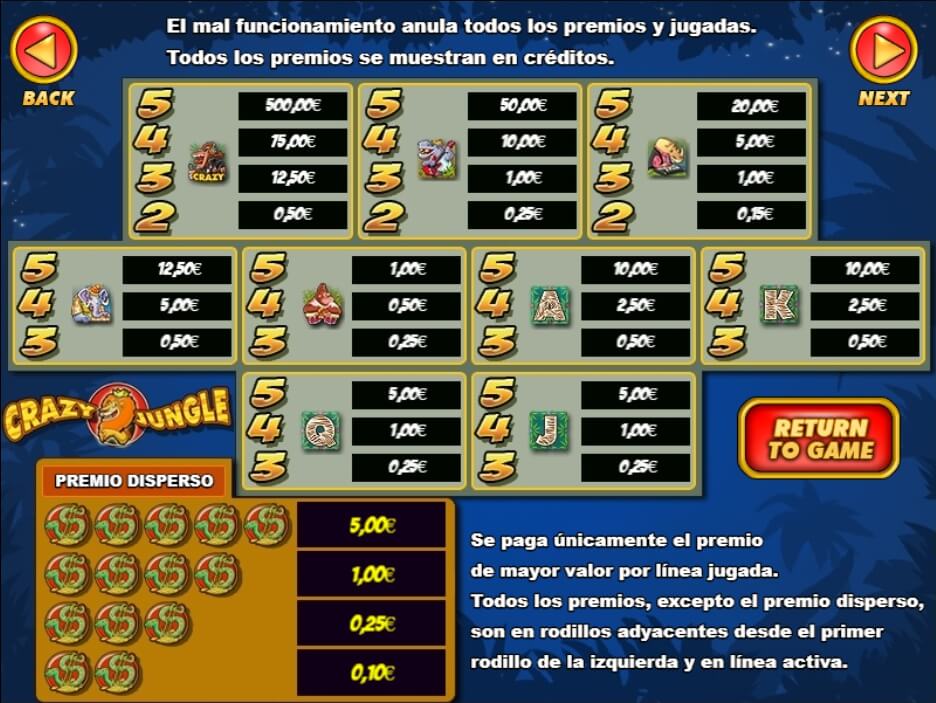 Rest on a tropical island is the dream of every modern person. But to do this, we needed to work hard. Nevertheless, with the appearance of video slots that can move us anywhere in the world today, everything became easy. Do you want to visit the tropical jungle? Then rather run the “Crazy Jungle” slot that was released by the R. Franco corporation. Here, users need to attend a concert of a local rock band that will present generous prizes to each traveler. In addition, it is a great way to relax and enjoy the beauty of an incredible nature.

This exotic gaming machine will guide the player through the unknown paths of the jungle and also introduce the amazing inhabitants. This rock band consists of a hippopotamus, a rhinoceros, a gorilla, an elephant and a chimpanzee. Each of the living perform their functions. For example, a hippopotamus plays the guitar and if it takes part in a combination, then you will hear a characteristic melody.

This exotic style was supplemented with funny animations and high-quality 3D graphics. In general, we can say that every detail was qualitatively drawn and the plot was fully revealed by the developers.

Having opened the game, the player will see the nature of the jungle against the background of the starry sky, but here it is light because of the concert of the famous band. On 5 reels and 20 lines, there are exclusively thematic symbols that are executed in a cartoon style.

The top of the monitor is occupied by the game logo. At the bottom are all the necessary keys to control the game. Remember that the jungle is a very dangerous place so before the game, you should familiarize yourself with local rules. To do this, the gambler should click on the “?” sign that opens access to the paytable and the theoretical section.

In the center, there are 3 keys that make a bet (bet per line), select the number of active lines (lines) and activate the highest indicators (bet max). Rotations are activated with the Spin Reels or Auto buttons. Despite a large number of “exotic” online games, this model has no analogues, as the developers have chosen a terrific storyline and also used high-quality technologies.

After each payment spin, the client will be offered a risk-game, during which he or she can double the last payout. A new card will display a certain color and you need to select the same card. If the user gives an incorrect answer, his or her prize will be canceled.

Also at the concert, there is a joker that replaces standard images. Thus, it helps to increase the number of winning combinations. Three and even more scatters activate a round of free spins, during which prizes and payouts with additional rotations will be played out.

The main prize is 50,000 credits. In the theoretical section, you will find all the information about the bonus round that can be activated during any rotation.

Other Games by R. Franco