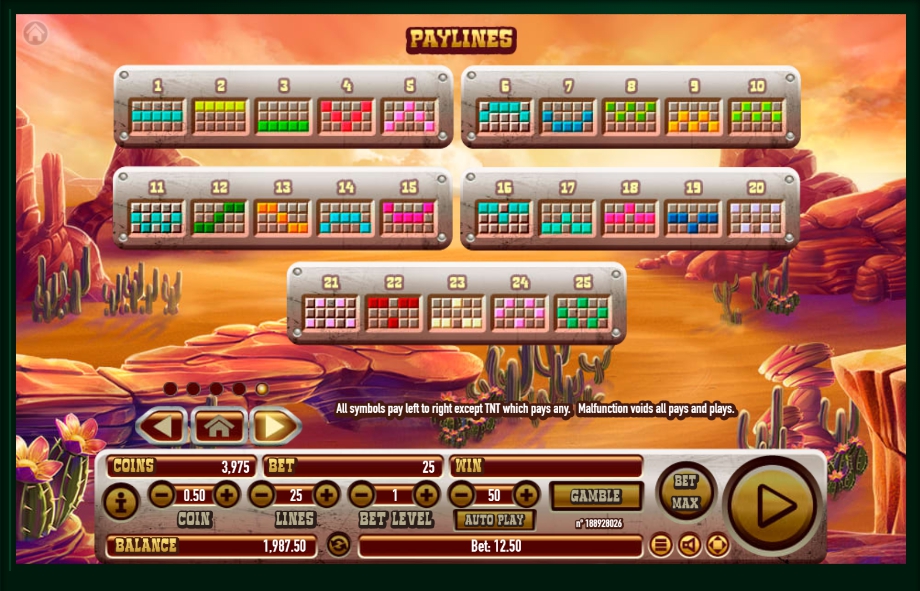 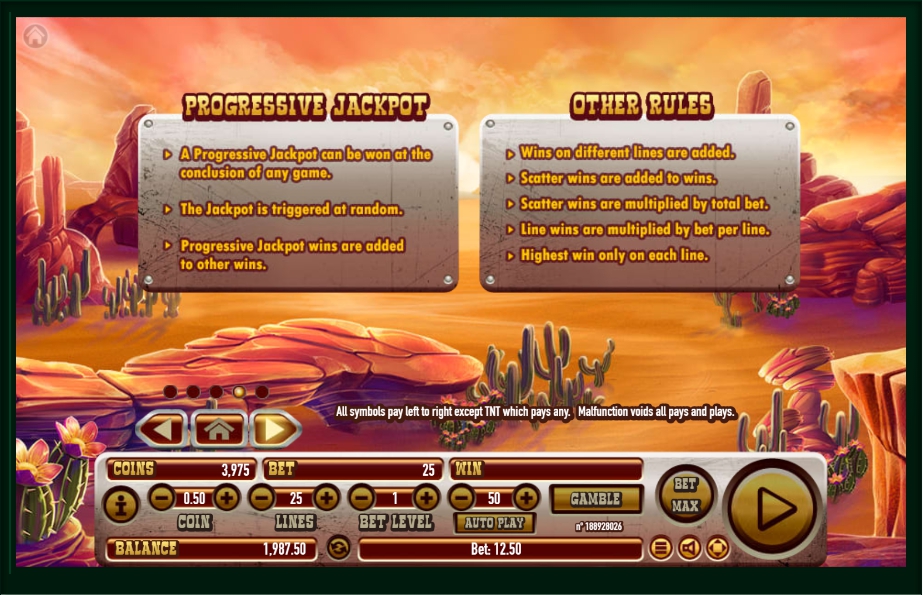 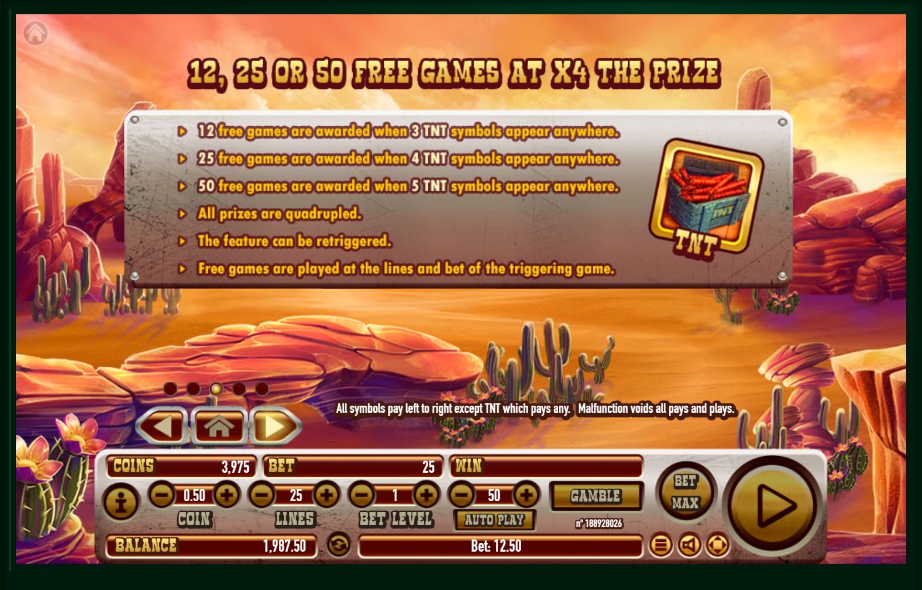 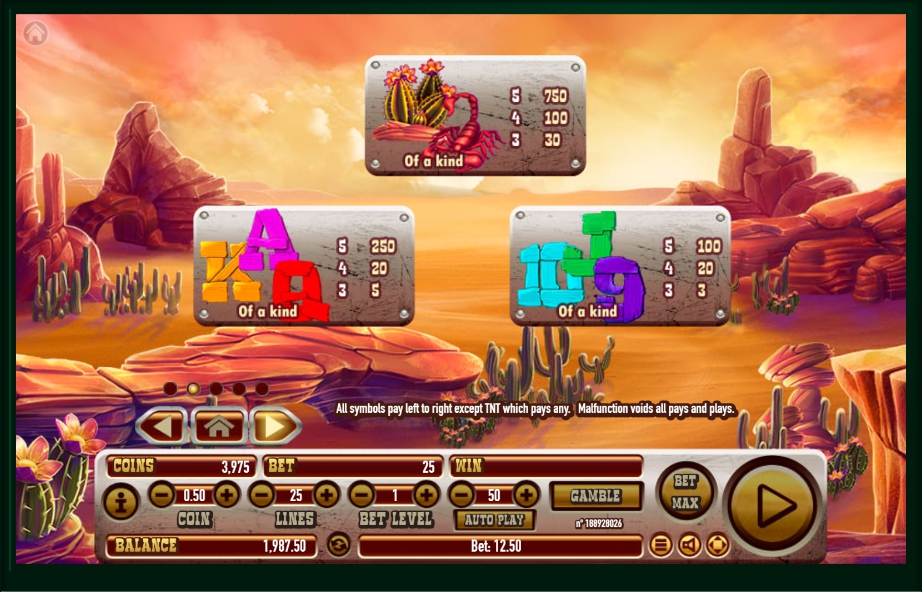 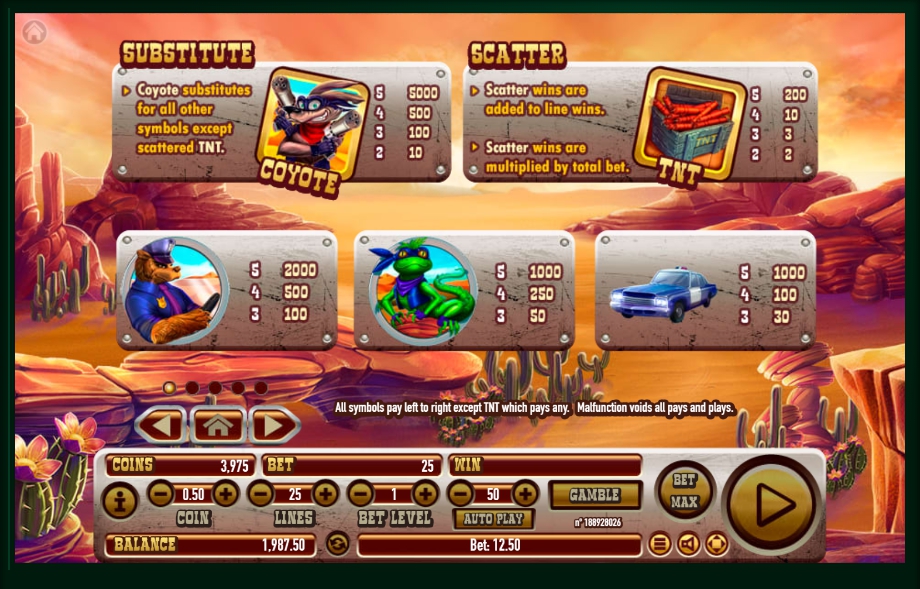 A cartoon about the Wile E Coyote in its time conquered the hearts of many children around the world. Having set out to bring back the feeling of nostalgia for older players, the developers from Habanero created the beautiful Coyote Crash five-reel slot. It is available free of charge in any of our casino.

The Coyote Crash slot machine is made using the theme of the road-movie: the action takes place on the vast expanses of a slightly deserted prairie, overgrown with cacti and exotic spiny plants. The manufacturer has equipped the slot with 5 game reels and 25 active pay lines, so the slot, unlike the three-drum models, can boast of vast space for maneuvers. On one line you can put from 1 to 10 coins, with a face value from 1 to 20 cents. At the same time, the jackpot of the game is progressive, so it is worth to play on bigger bets.

Control buttons are located at the bottom of the screen and do not need a detailed description:

Since the Coyote Crash gaming machine uses a classic theme from the cartoon, the game characters are also appropriate: flowering cacti, sand scorpions, a coyote machine, a road inspector in the guise of a bear, and card symbols, as if hastily made up of boards:

Despite the use of classical themes and the absence of any insane rewards for the player, this slot is definitely worth a look. Its developers have managed to create a reliable and pleasant in all senses application, which is nice to use. Moreover, you do not need to download the Coyote Crash from the Internet, it runs in any browser. On our site, you can play the Coyote Crash slot for free to get acquainted with its features without spending a cent.