You can not play this game for free
For free slots game go
Play free
or
(21 votes)
Game Played: 12
Full screen: close 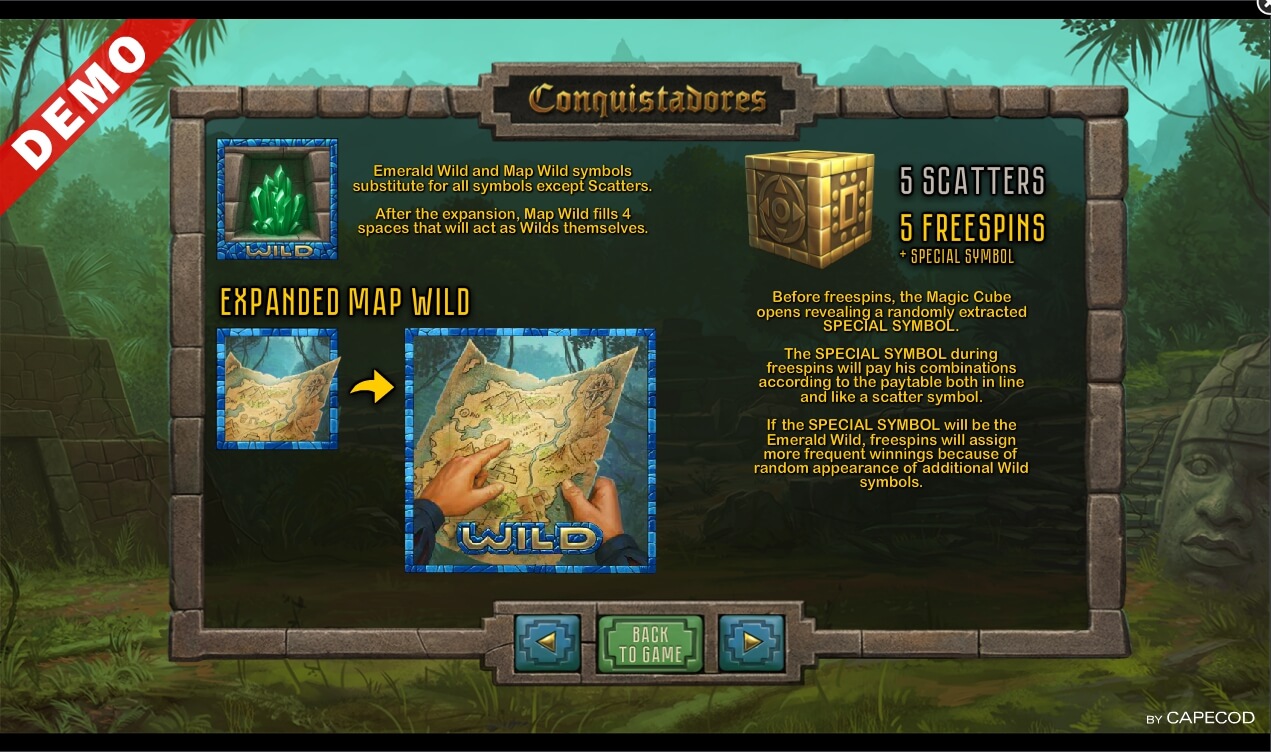 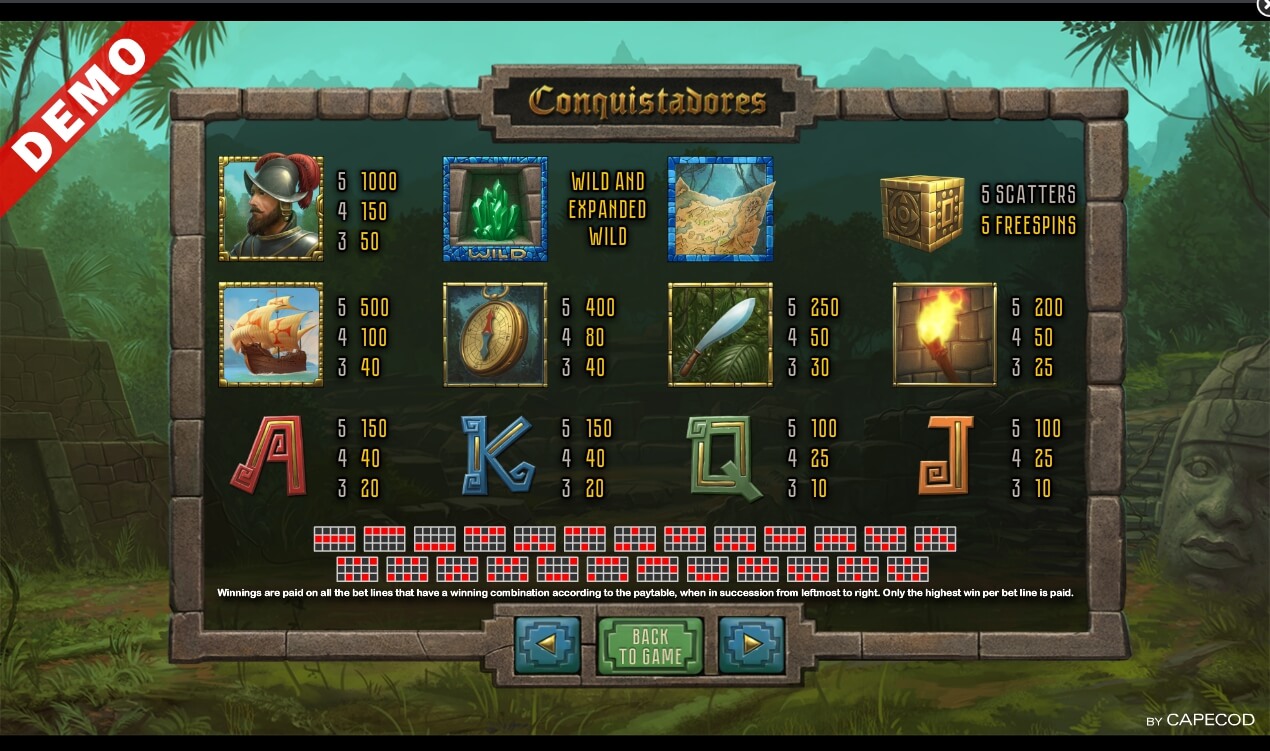 The conquistadors suppressed the local population, enriching with robbery. Over the years, wealth and treasure were their main goals. These soldiers wanted to have more so they went to sea “expeditions”. They discovered new lands, but at the same time each campaign was accompanied by looting and murder. Thus, they opened many countries in South and North America. A new development Capecod Gaming company invites us to join the searchers and go to the unknown continent.

Scientists, writers and filmmakers were interested in the Mayan culture. The developers of the Capecod Gaming company also drew attention to this people. As a result, they created a stunning and magnificent Conquistadores video slot.

In this slot machine there were legends about fearless conquistadors who made sea trips in search of new lands. In this time the expedition arrived on a mysterious island where the Maya tribes lived before.

The culture of the ancient Indian tribe reflected in the design of the slot, the choice of symbols. The player needs to go through the dangerous jungle in search of treasure. In the background, there are stone pyramids and statues that were designed for different rituals.

However, the conquistadors believe that all the treasures of the ancient world were hidden here. As the plot takes place in the jungle, green shades prevail in the color scheme. Each liana and stone has been detailed by the designers. This approach to the design of the slot guarantees success.

The playing field is located on a large stone slab. Here are 5 reels that are surrounded by different numbers. Each cell represents one of the 25 paylines. During the game session, only thematic symbols will appear, such as: a torch, a ship, a compass, a machete and others. A minimalist style of the control panel is due to the functions of the slot.

The participant needs to learn the rules to survive in the jungle. To do this, click the “?” button that will show a payout table. Using the value of the “Bet Per Line” button the player can make a bet. A number of lines is fixed. A red button starts the spin. A blue key activates the automatic mode. In the lower right corner there are extra settings.

There is a wild symbol that replaces simple icons and complements various combinations. With this element, the user has a bigger chance to win real money. Also is the round of the prize spins is worth highlighting. It is activated by 3 scatter symbols. During the next spin, the player has a chance to win the main prize of this online slot (25 thousand coins).

If the player would like to see exciting animations then it is necessary to make a chain of identical images. Also after that, the prize will be credited to your balance according to the table of payments.

Other Games by Capecod