You can not play this game for free
For free slots game go
Play free
or
(21 votes)
Game Played: 0
Full screen: close 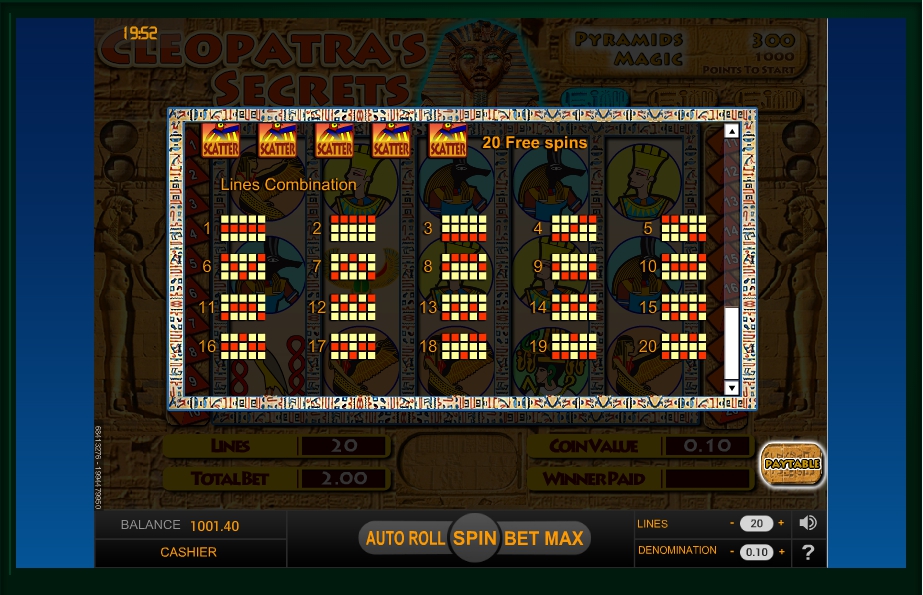 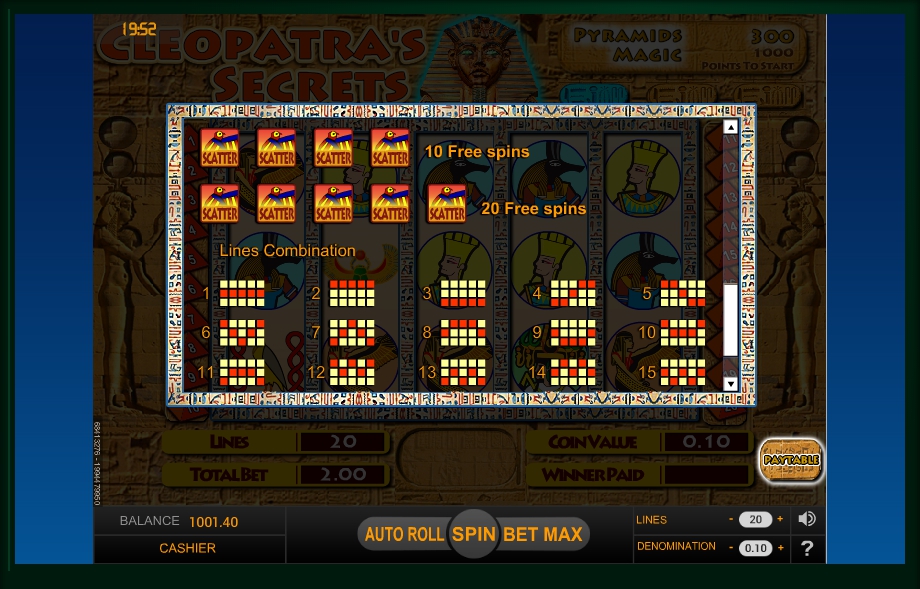 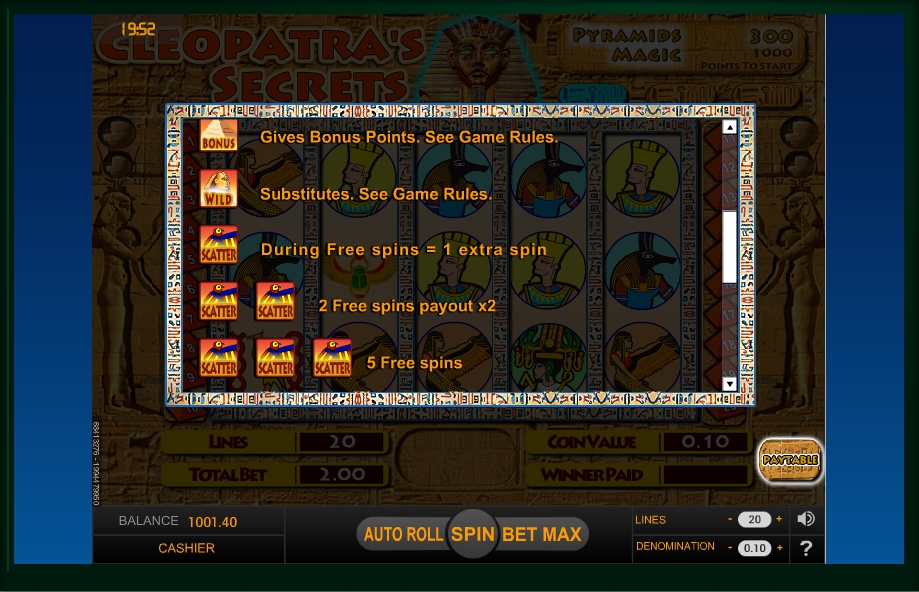 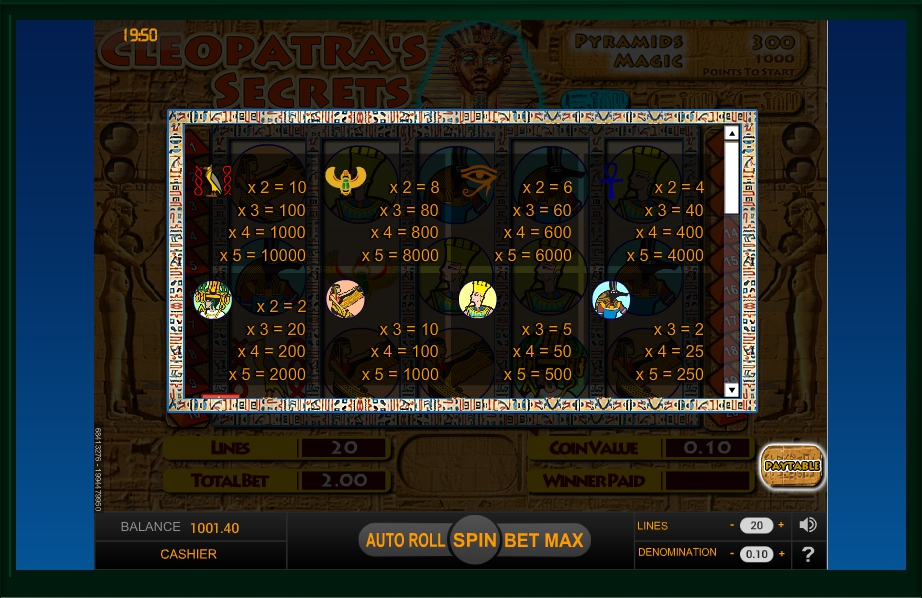 When the application starts, a player is greeted by 4 deities. Amon is the God of Heaven and the patron of the Sun, dressed in all gold. Anubis is the conductor to the World of the Dead and the master of the Underworld. This creature has a human body and a jackal’s head. Izis is the patroness of children and all the unfortunate people. It was she who was considered to be the mother of the pharaoh, the embodiment of God on the Earth. She wears a headdress in the form of a throne, as a symbol of power.

The Goddess was portrayed as a beautiful slender girl – the ideal of femininity among the ancient Egyptians. Osiris is the Judge of the Souls of the Dead and the God of Regeneration. He is represented as a mummy with symbols of power in his hands, being a striking example of the pharaohs` burying. These deities were the most important in the Egyptians` worldview, that’s why the Skillonnet developer pictured them on the welcome screen saver.

To start the Cleopatra`s Secrets game, decide how much you want to bet with the controls below. Indicators of the number of lines involved, the size of the bet, the coin value and the amount of the bet are always in sight under the drums. Control panel is painted in a separate purple colour. Here, a player changes the bet size and coin value, starts the game, activates the maximum bet mode or the automatic game mode.

The payout ratios for each character and the description of special symbols are available to a player by pressing the “Table” button on the right. Next to the logo is a stone Sphinx with his luminous eyes. When a prize combination appears on the reels, they light up with blue or a green colour. The central place is occupied by 5 drums with 20 lines.

They are separated by a small border with a pattern. The wall drawings of Egyptian girls are painted on the sides. The number of prize combinations corresponds to the number of the game lines. All these details are combined into a picture, producing an unforgettable impression when you first start the game. The machine amazes with its thoughtfulness and detalization.

The game process can diversify the loss of free spins or a bonus round. To get extra spins, wait until at least two symbols with a bright motley bird having blue wings appear. The more same symbols appear at the same line, the more free spins a player gain. Additional rotations are awailable in the amount from two to twenty. To start the bonus game, type 1000 points, which are displayed in the upper right corner.

Watch for the appearance of bonus symbols on the screen to do it. When the desired amount is collected, an additional tour is launched. The ancient parchment, where the rules are written, appears in front of your eyes. It is necessary to choose one of the Sphinxes, which protects the treasure.