You can not play this game for free
For free slots game go
Play free
or
(21 votes)
Game Played: 15
Full screen: close 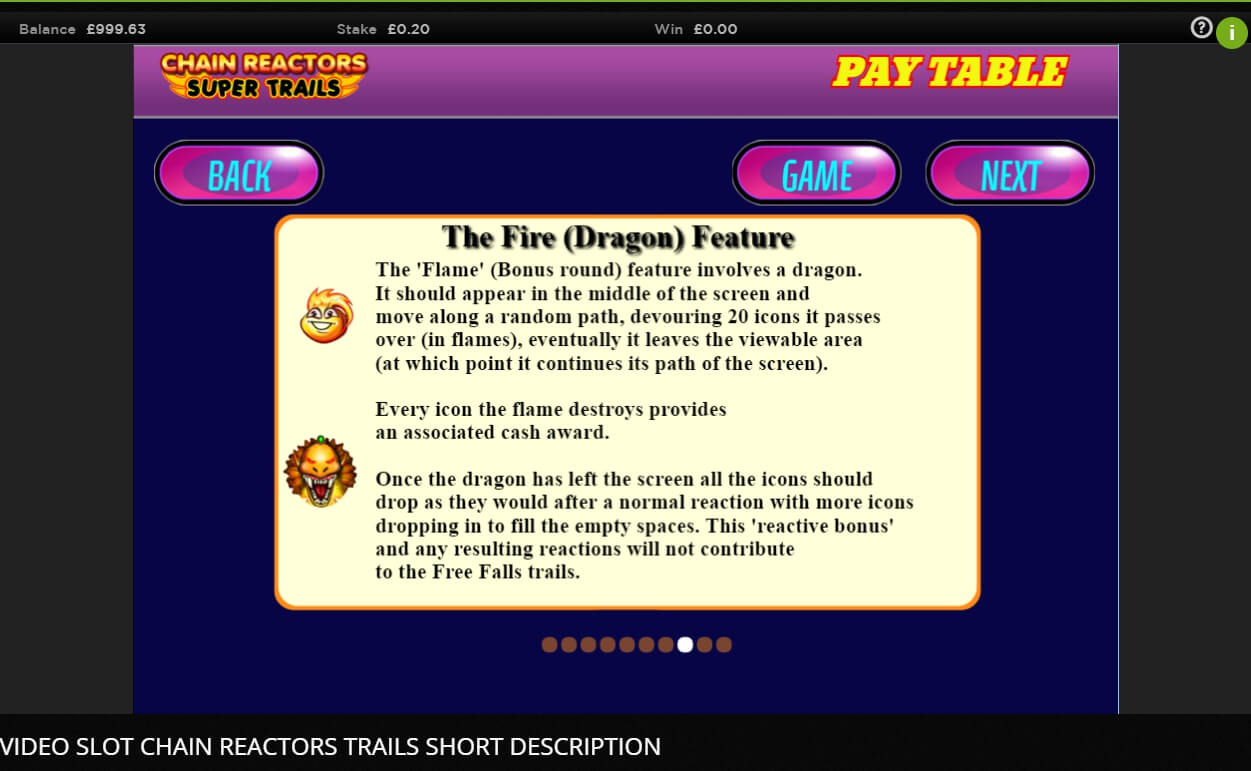 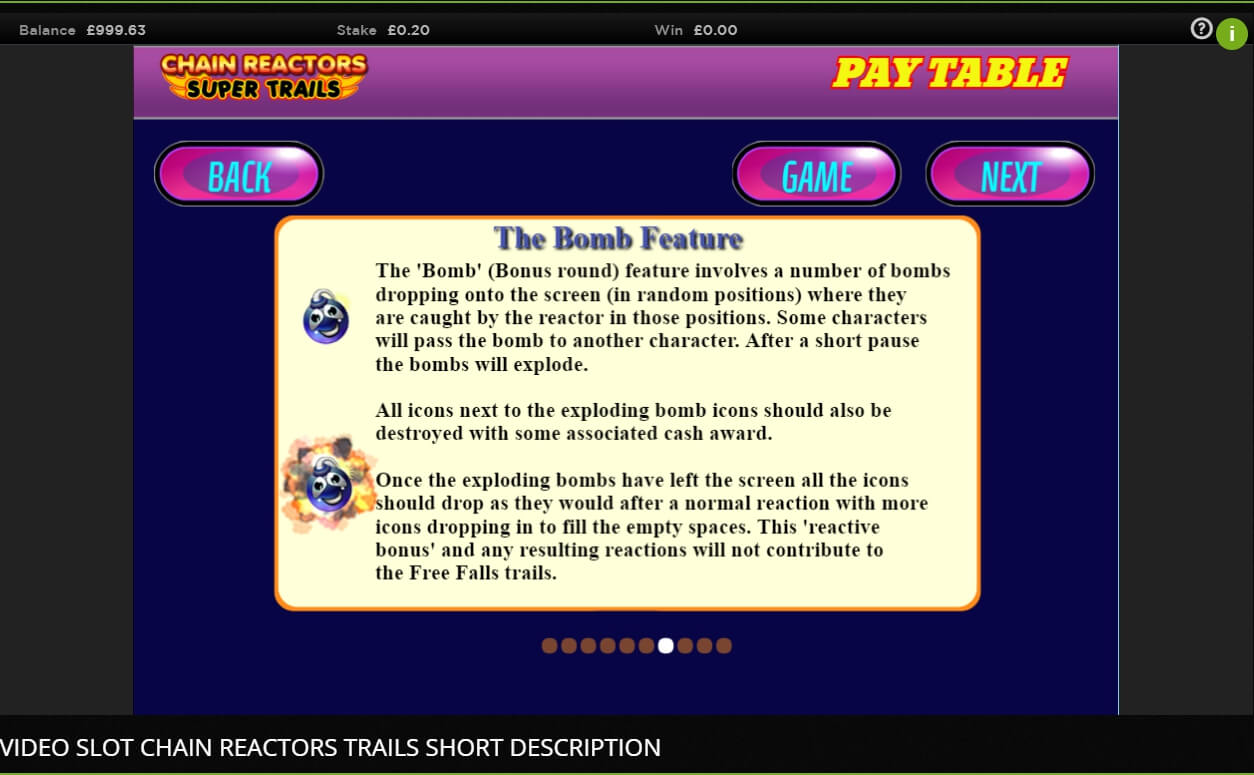 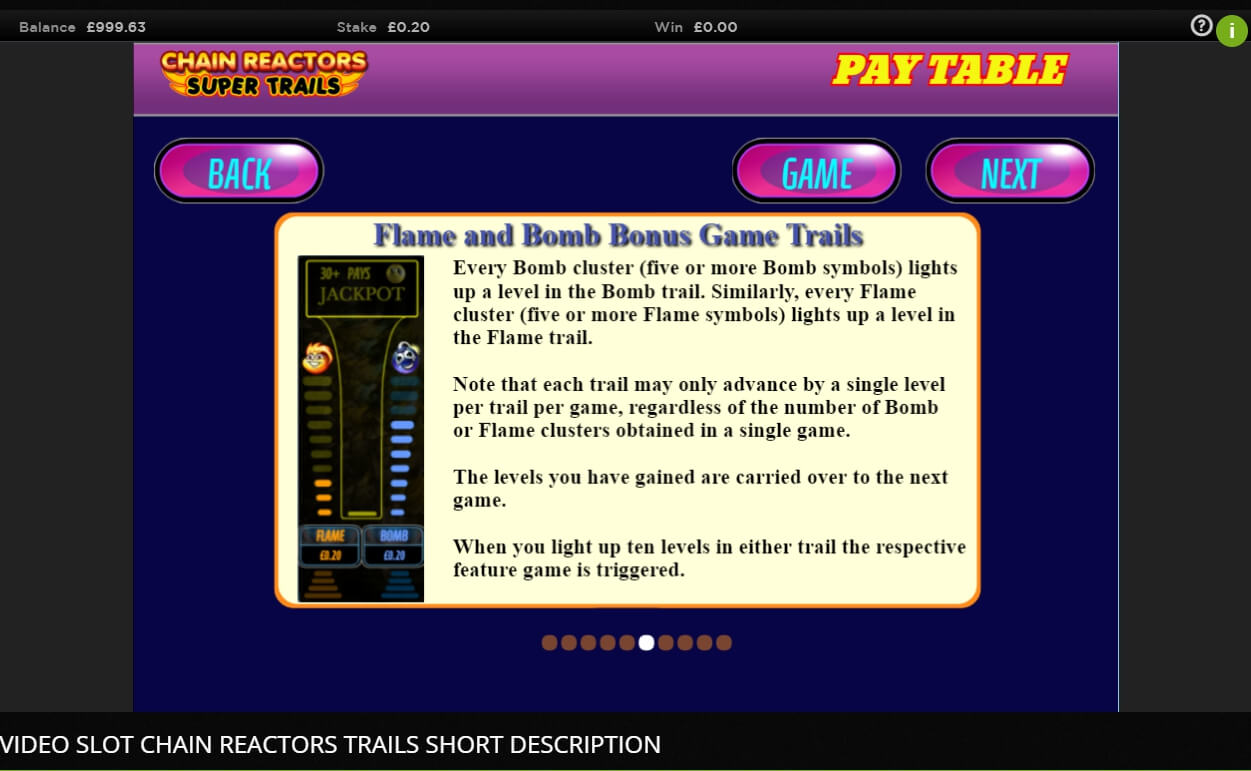 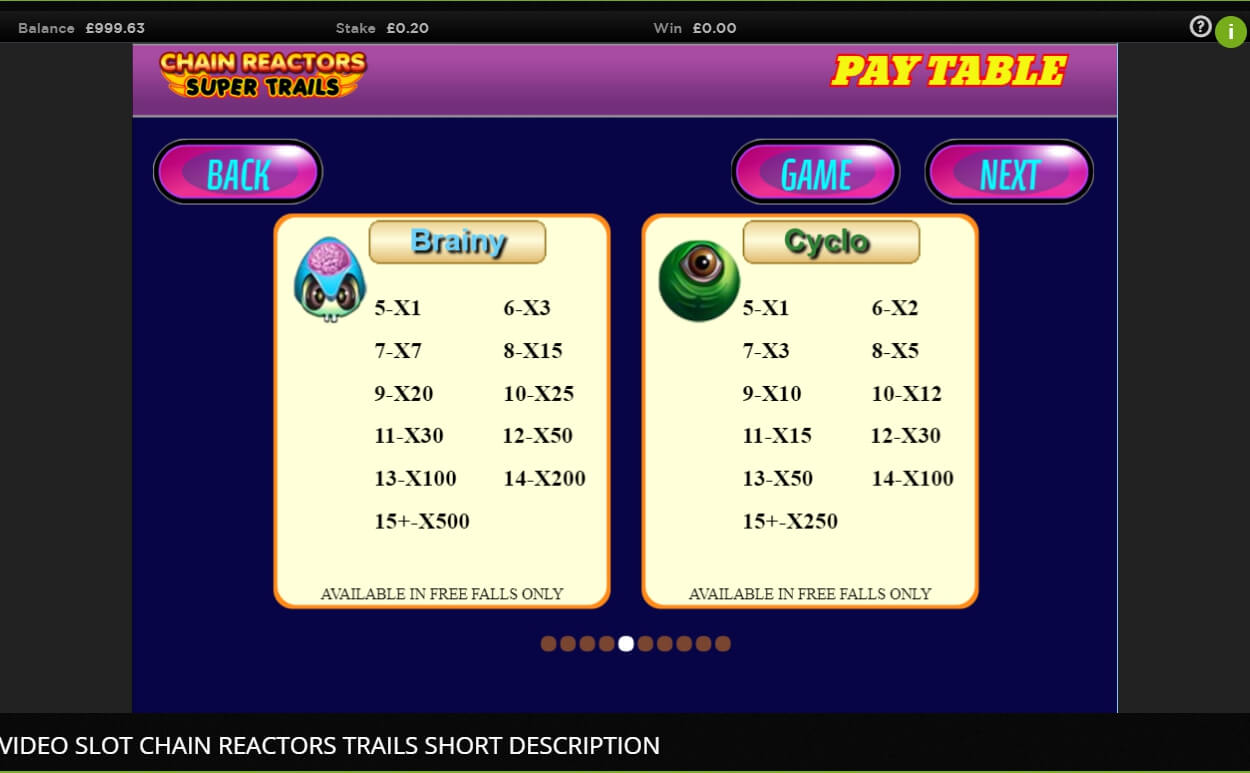 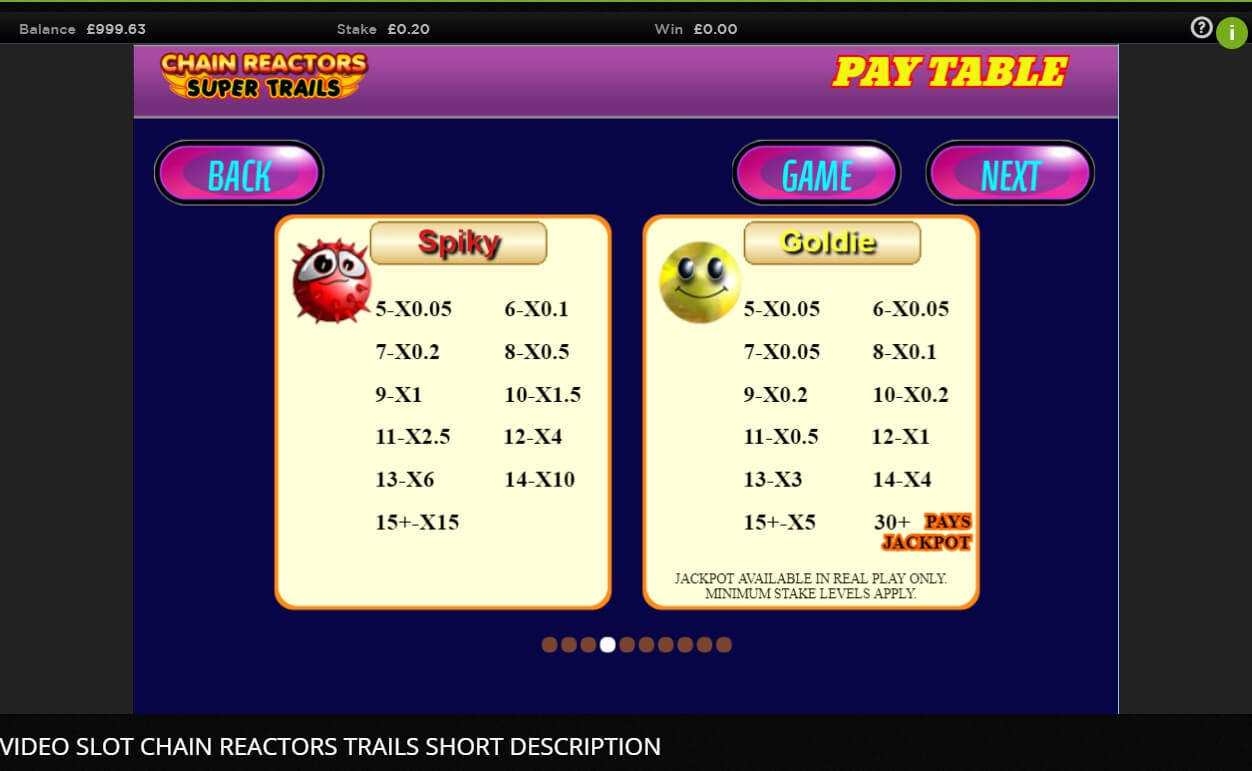 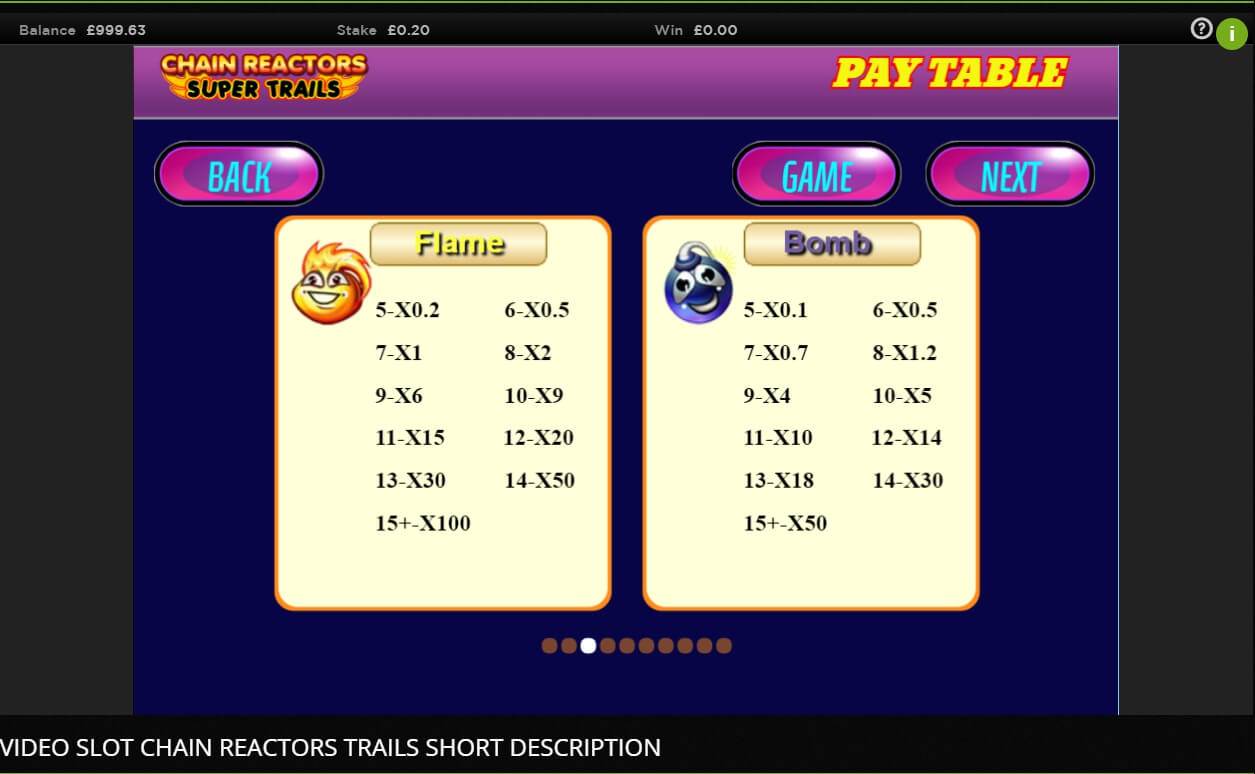 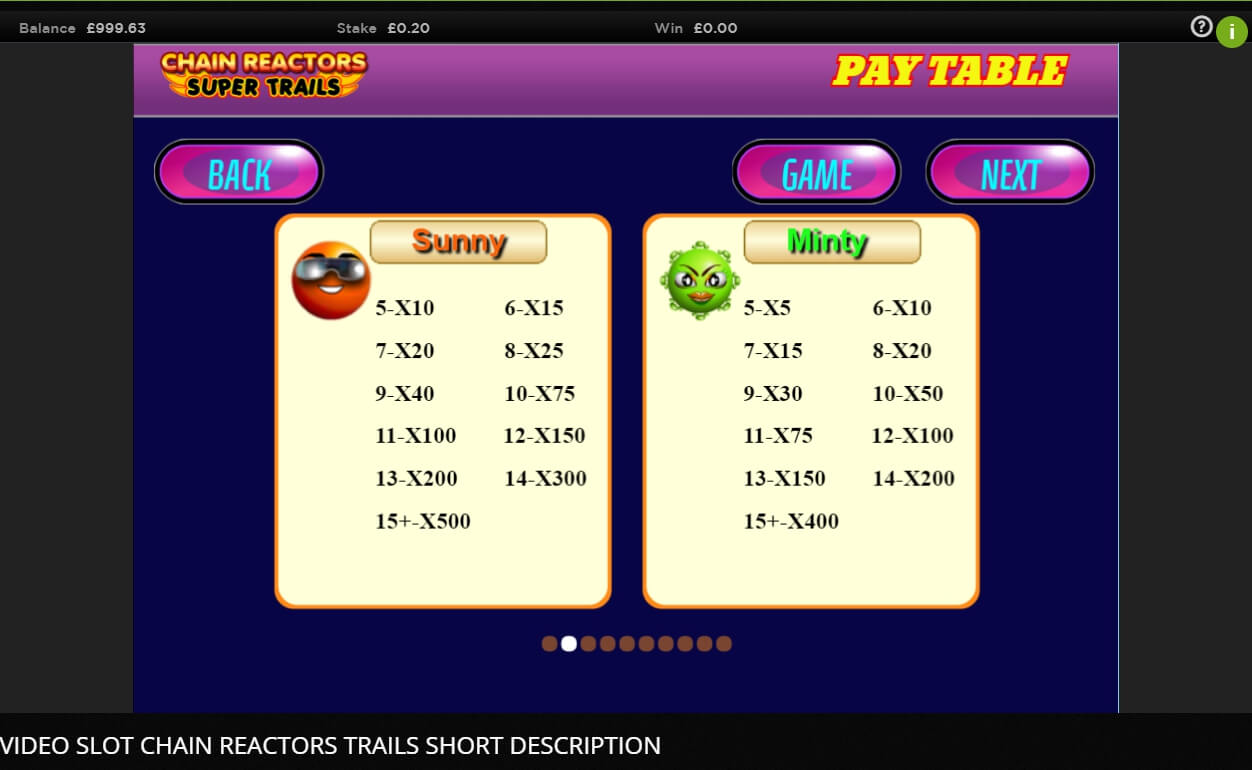 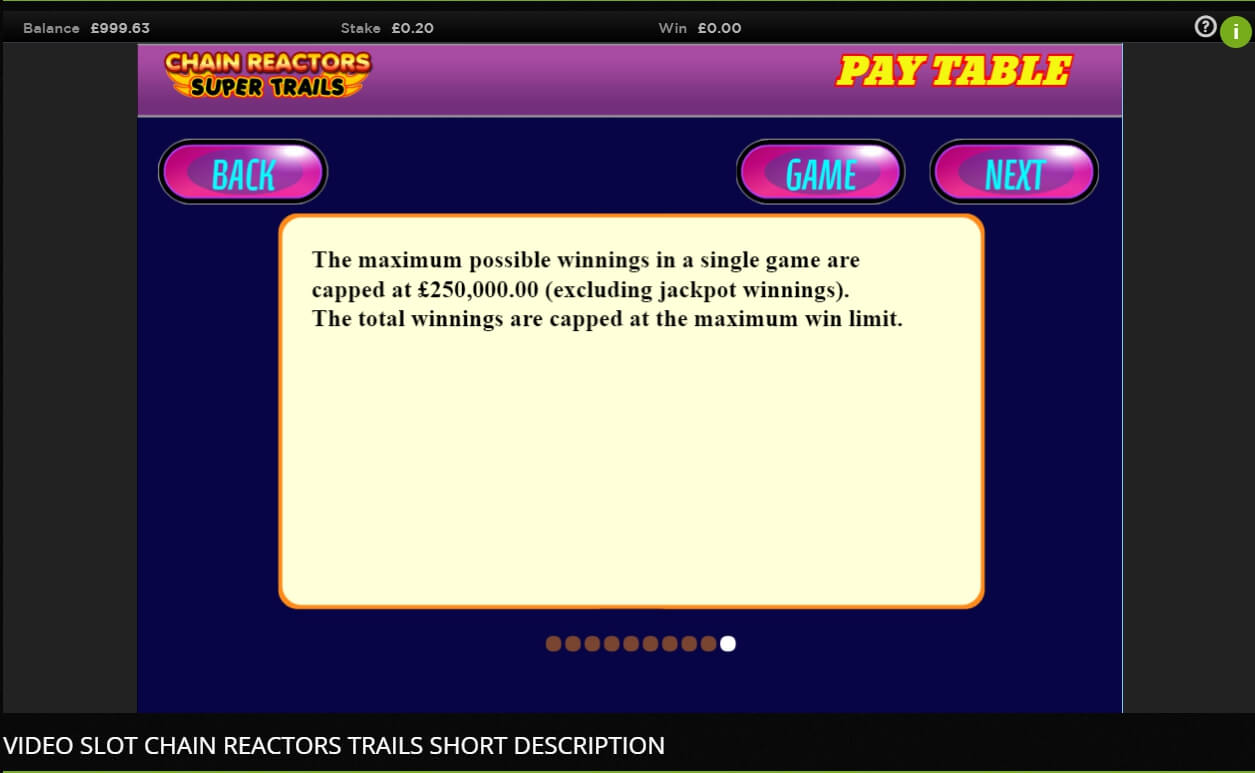 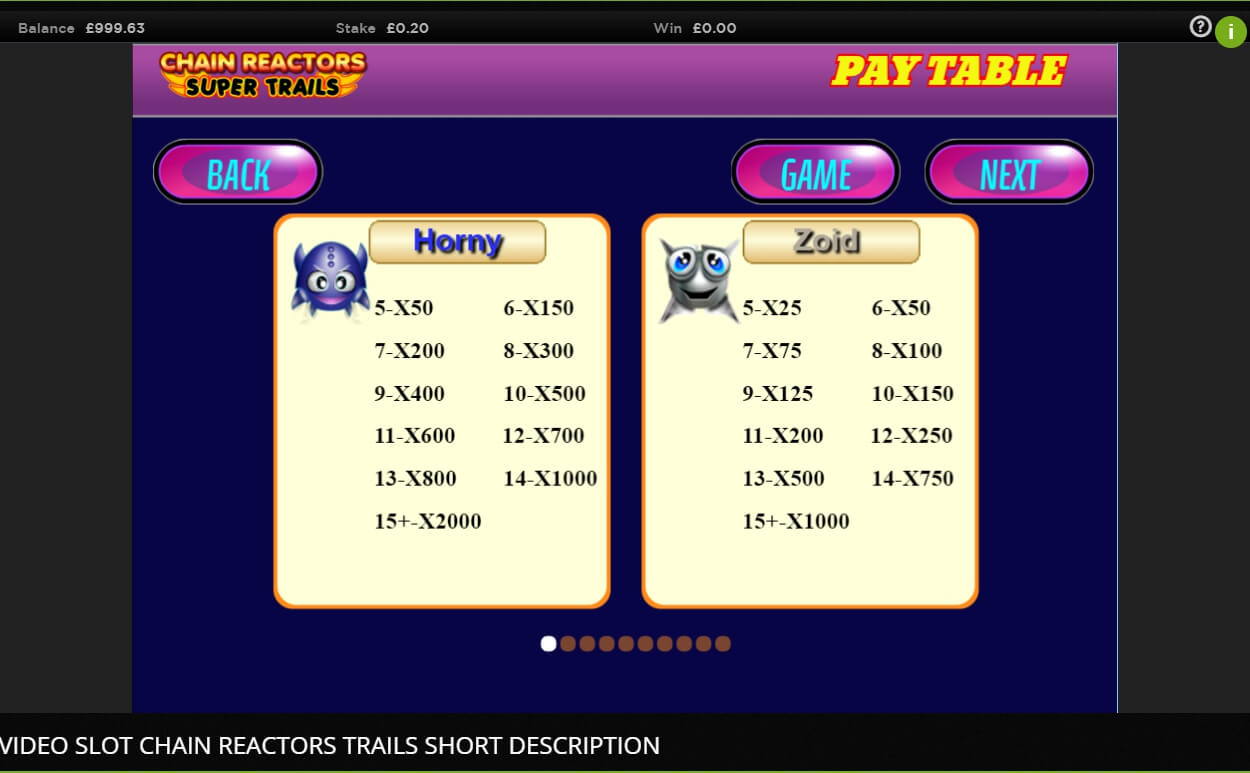 The young and promising Cozy company produces new slots and also improves old ones. We have already considered with the company that tells about the life of amusing creatures. As it turned out, users really liked this slot, so the development team has decided to release the continuation of this story. Today we will consider a new slot of the company called Chain Reactors Trails. The developers said that they have perfected all aspects of the game so you are waiting for an interesting and exciting game story.

The design of the slot machine makes a pleasant impression. It is achieved thanks to a moderate contrast: the symbols and functional elements of the interface are drawn very qualitatively and are endowed with a bright color scheme. The background is a canvas without a thematic location.

The development team has also used a moderate number of animations that will not detract from the gameplay. But the principle of the game remained the same. The symbols that take part in the chains will explode and free up space for new elements. This technique greatly increases your chances of winning. A light musical accompaniment will complement each participant’s action.

You will win real money on the playing field that has a 7×7 structure. All the necessary control buttons are on the right side. Here the client can visit the theoretical section (paytable) and learn more information about the life of funny creatures. After that you need to close the tab and place a bet on the main screen.

The customer needs to press the BET button several times and select the appropriate value. Additional windows will display all the results of the game process. The left side of the interface is designed to display a special table that will show your way to the jackpot.

Each participant can win up to 250,000 thousand. Awesome prize, is not it? In addition, the gaming machine is available on mobile devices. Play it now!

Each character has a name. But we will not list them. The names and payout ratios are shown in the table. There are three types of prize round. First, the user can get 15 free spins. The player is entitled to them if at least seven consecutive reactions occur in any round. During this round, additional characters appear on the screen, which also form combinations.

Also there are “Flame” and “Bomb” games. To take part in one of them, you need to get ten chains from the corresponding pictures ten times. Each explosion of such characters lights one step on a special scale. For each game there is a scale. The dragon burns everything during the first mini-game. The second option causes bombs that explode a few icons. The main prize is 250 thousand credits.