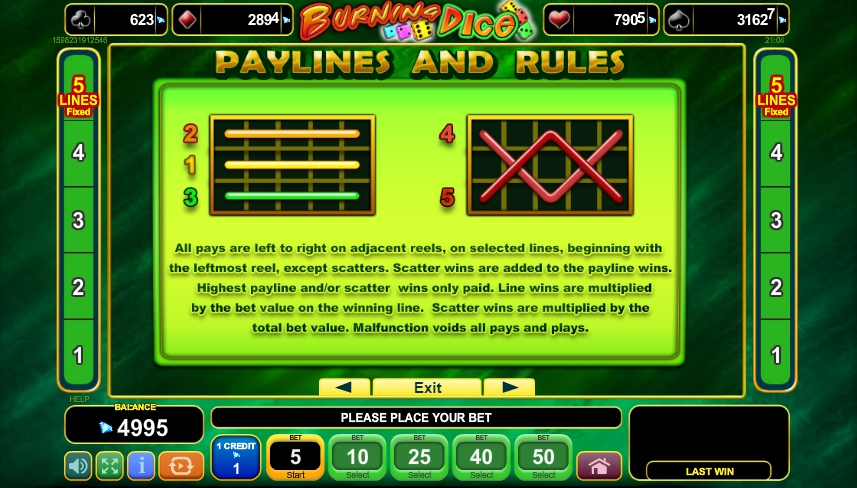 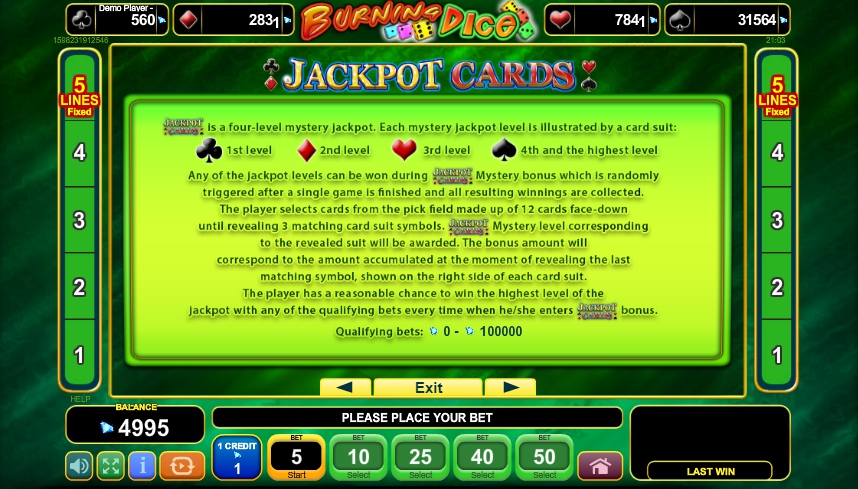 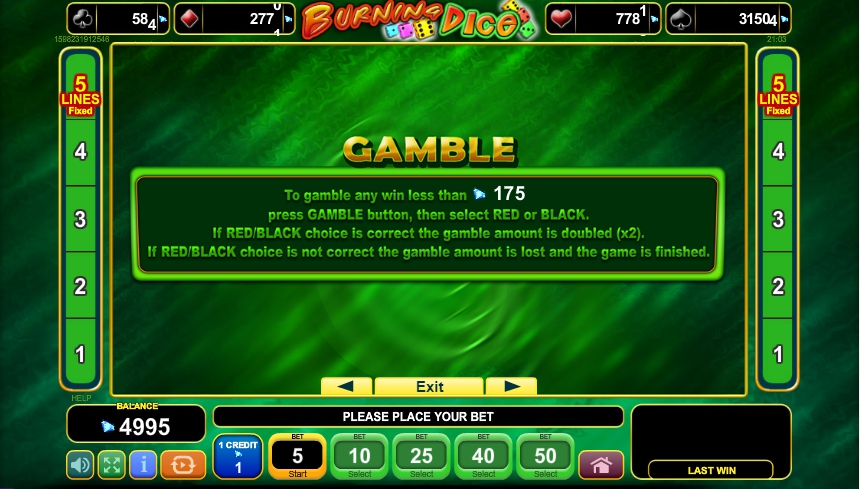 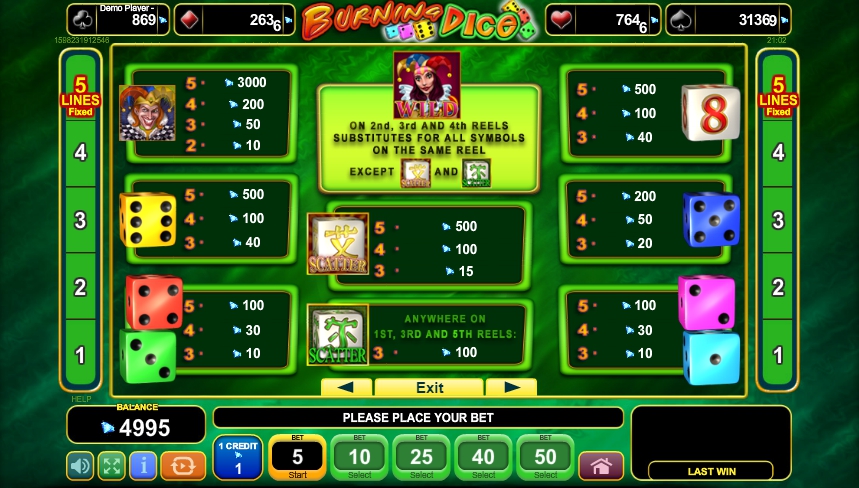 All the found dice were made extremely neatly, with well-preserved facets and edges. A peculiarity of an arrangement of points on a dice is in a sum of points on any two opposite sides being equal to seven. Over time, special hollow boxes were also invented for throwing dices on a table, or hexagons. The story of this amazing game found a second wind in the Burning Dice video slot.

The Euro Games Technology Company presents a video game slot for all lovers of classics in modern processing. This traditional five-reel gaming machine with 5 fixed paylines is quite easy to operate. Graphic design of the gaming machine, a relevance of each element and a harmonious combination of all these are the first things that users appreciate.

Since the Burning Dice video slot machine is an example of the unsurpassed classics, then the functionality of the game is quite simple. Having determined a bet size for each of the lines in bet/start, you set the reels in motion. By the way, it should be noted that the higher your bet and a number of active lines in the game are, the greater its profitability is.

Nearby is an option to start an automatic rotation of the reels. In the lower left corner, a current information on your balance and winnings is displayed. This is where the information section “i” is located. It will tell you about all the game pictures and their roles.

The main colour of the slot is green. It can be seen in all its details. The main attribute of the Burning Dice gaming machine is the dice, being used in many gambling entertainments, different in structure and technique. In this model, aspects of the classical scheme are applied, under the terms of which a player receives a reward for a certain number of points.

Customers can gamble all winnings by pressing the “Gamble” button. If they guess whether the next card is Red or Black, their winnings will be doubled. If the guess is wrong, the gamble amount is lost and the round is over. However, users can click “Collect” to save their winnings.

Jackpot Cards is a 4-level mystery jackpot, wherein every jackpot is illustrated by a card suit — clubs, diamonds, hearts and spades. This mysterious feature is randomly triggered, forcing players to pick cards among 12 face-down ones until they reveal 3 matching card symbols. The jackpot that corresponds to that symbol will be awarded.