You can not play this game for free
For free slots game go
Play free
or
(29 votes)
Game Played: 26
Full screen: close 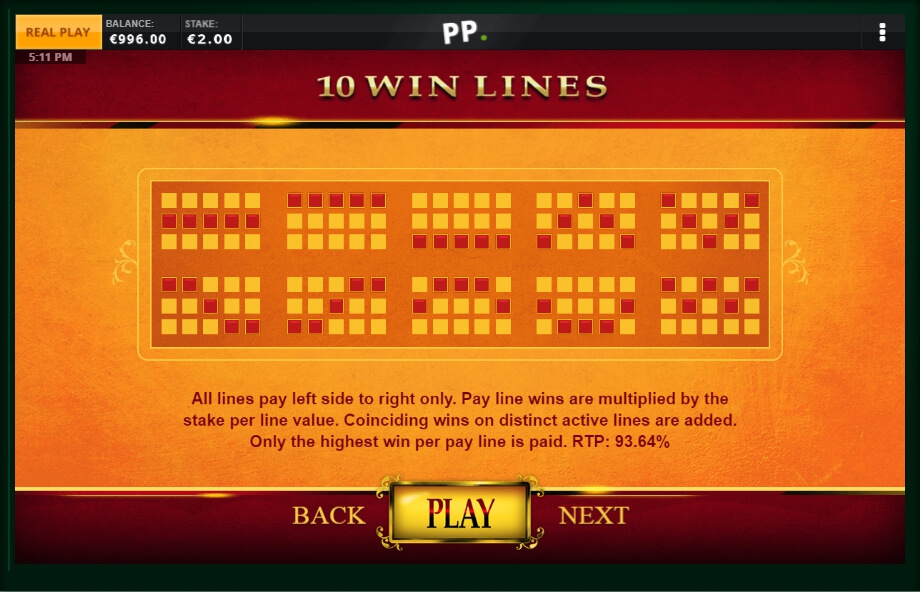 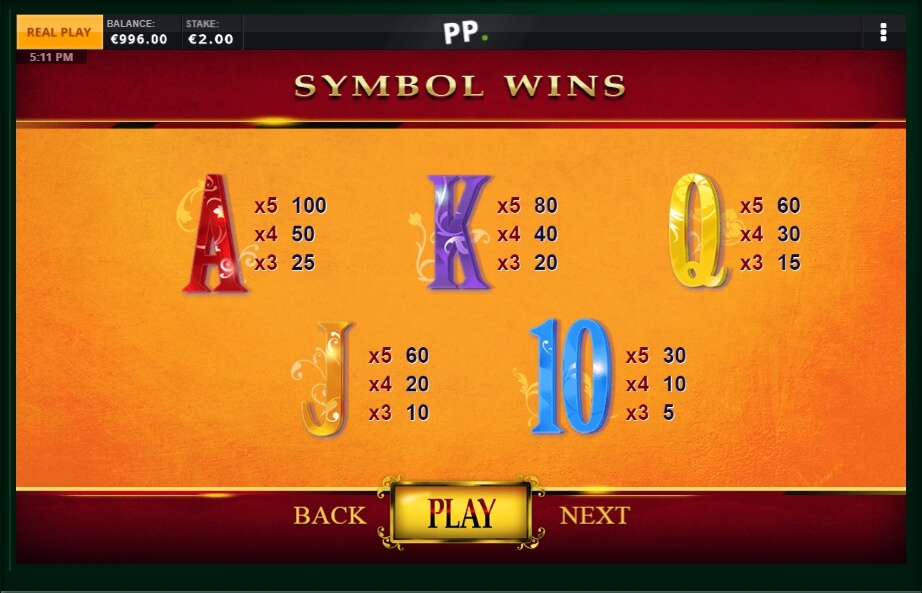 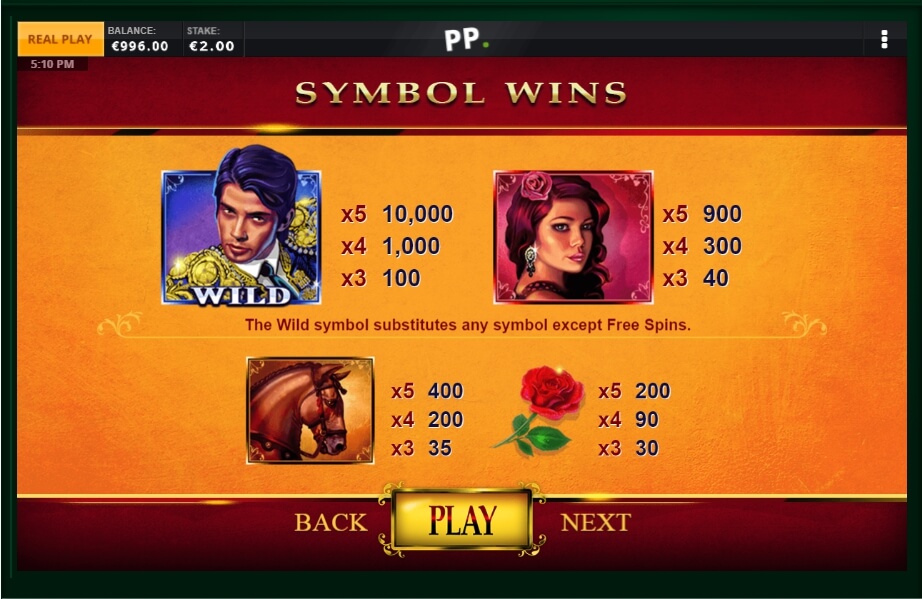 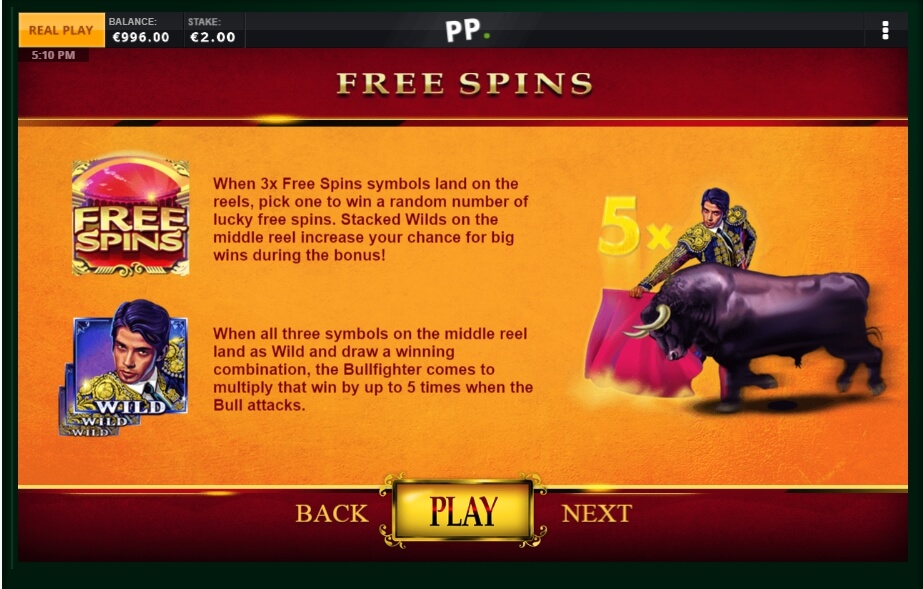 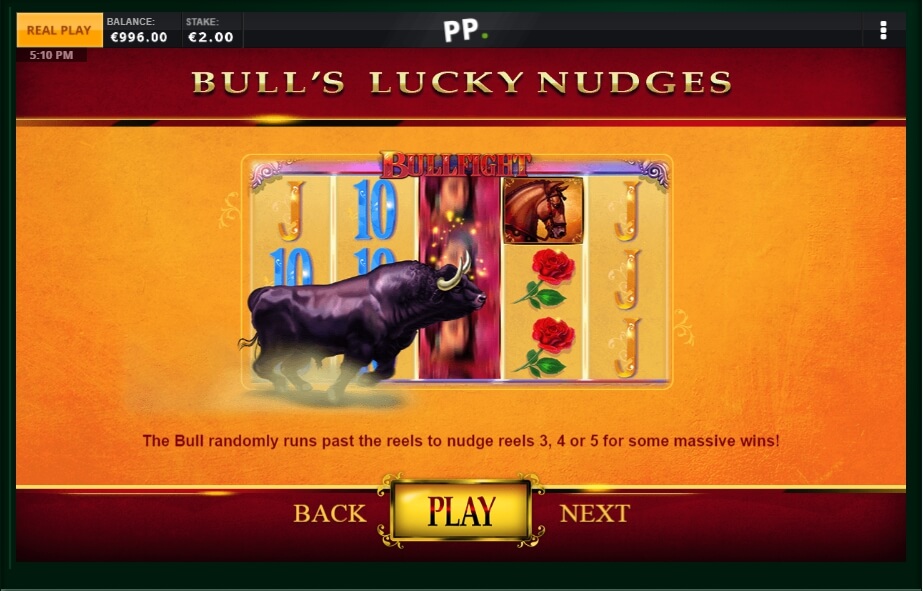 Spain is always associated with the sangria, the festivals and an unforgettable bullfight, the history of which passes through the centuries. Only in Spain bullfight does not symbolize cruelty, on the contrary, it is an art. Only here the bullfighters are national symbols and heroes. When did the bullfight appear? History goes back to the ancient tribes for which the bull was considered a sacred animal. Today, bullfighting is a vivid idea that occurs every year. This show is visited by people from all over the world.

If you do not have this option, then run the “Bullfight” slot from Cayetano Gaming.

The whole gameplay takes place against the background of one of the streets in Madrid. It is here, on the square where the toreador stands up to the bull. The game has a lot of animation graphics, with which it is very realistic. In this gaming machine the participant will become a talented toreador whom the enthusiastic audience supports. This is evidenced by additional sound effects. Such thematic design allows the player to forget about reality and will move to sunny Spain.

In a beautiful frame is a playing field that is flooded with gold. There are 5 reels with 25 paylines. At the top is the name of the gaming machine that changes to hints during the game process. The control panel has only a few buttons and is located at the bottom of the screen.

As in most models of this provider, all the lines here are active by default. First, we recommend participants to visit the information section which opens with the “pays” button. Here, the developers describe the paytable, the coefficients and the structure of the lines. After that, the user must make a bet according to his balance. This action is performed using the “stake” key.

In the lower right corner you will find two buttons. The first one is called “auto” which activates the automatic mode. The second button “spin” starts the round with manual rotations. At the top there is a panel with sections that displays the current indicators of the client.

“Bullfight” invites users to take part in a terrific show that you can see only here. Developers managed to create a unique gaming machine with high-quality graphics, as well as additional sound effects.

The main talismans of the bullfight are the matador and bull. Here, the first character acts as a wild character that can complement any combination. In addition, 5 such talismans will pay players up to 10 thousand bets. The main jackpot is 100,000 credits.

During each rotation, bulls can run through the game field. This means that 3-5 drums will rotate a few more times to form an additional chain. By the way, the red bull ring launches a round of free spins. But first, the user needs to select one ring to determine the number of free spins.

Other Games by Cayetano Gaming