You can not play this game for free
For free slots game go
Play free
or
(1 votes)
Game Played: 7
Full screen: close 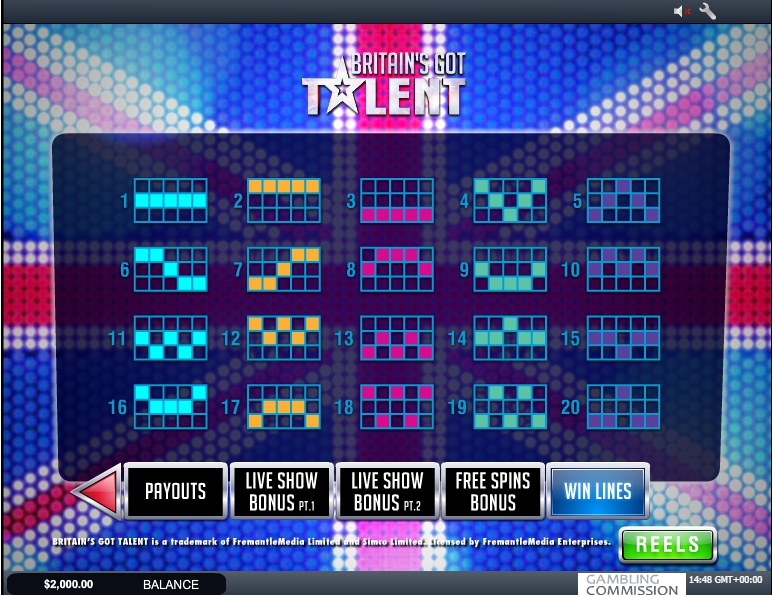 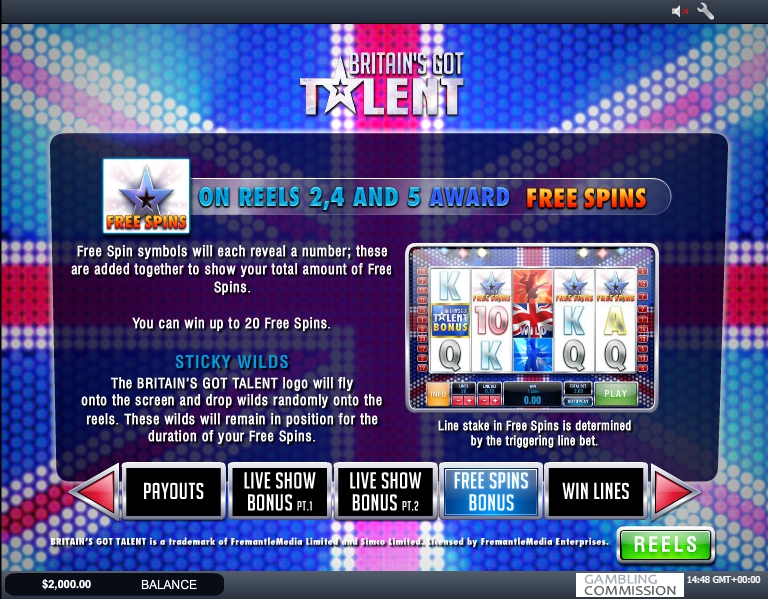 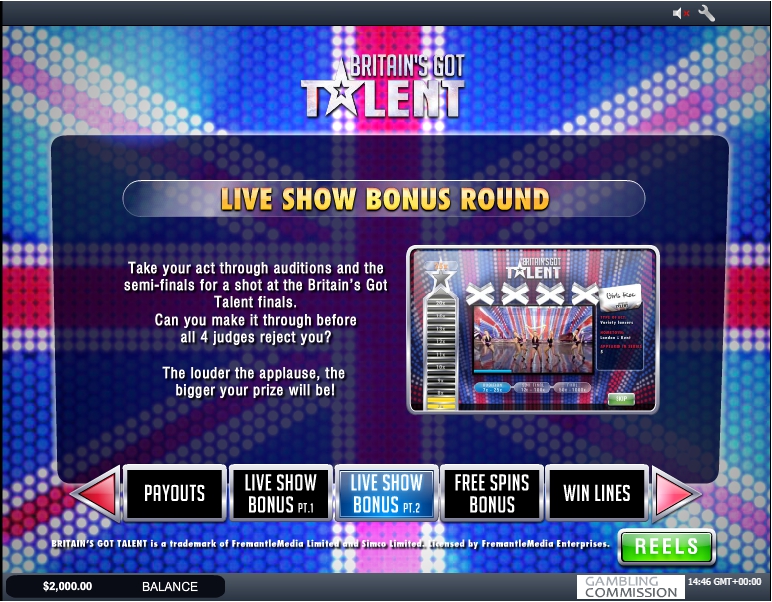 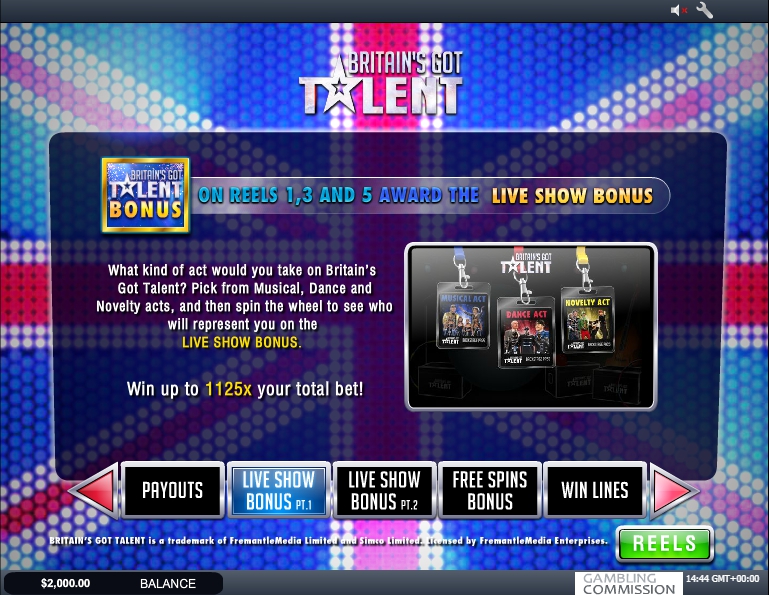 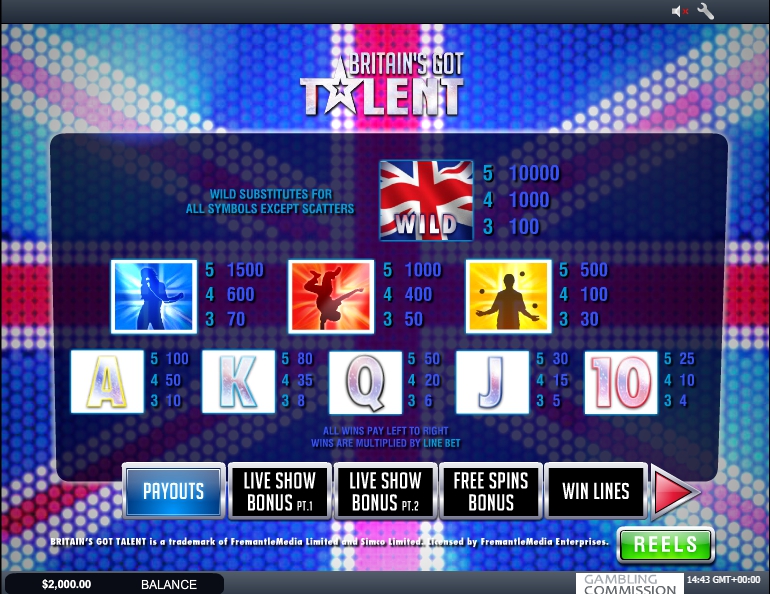 Would you like to participate in a TV show and win a cash prize? Now you have this opportunity thanks to the company Playtech that surprises your fans with new products. The slot machine “Britain’s Got Talent” offers the player to go behind the scenes of the popular English reality show and get acquainted with the rules of the talent show. The idea of ​​this show appeared in the UK in 2007. For 11 years, similar shows have appeared in many countries and continue to delight and surprise the audience.

The public likes famous artists, choreographers, vocalists and stunts who lived in the neighborhood yesterday. The successful television project inspired Playtech producers to create a thematic video slot. Here the user can get acquainted with different artists, get winnings and enjoy the time spent.

Once launched, the game tells you about the bonus offers and the properties of free spins. The information is displayed against the background of the English flag. The lights of the television studio sparkle on the screen. In two sides of the playing field are red numbered cells. All the pictures are decorated in bright colors with sparkles. The atmosphere of the holiday will accompany the player throughout the game.

The playing field looks like a bright TV screen. Snapshots are buttons that control the game process. In the online game there are 20 lines and you can choose any number of them. To do this, use the “Lines” key. Next, you need to determine the bet on the line (LINE BET).

After that, the participant can start the game in automatic or standard modes. The yellow “info” key hides the theoretical section that each player should open. Here are the rules and principles of building profitable combinations. Manage the game easily, the interface is clear to every player.

Profitable will be combinations in which special pictures participate. Wild symbol can replace other pictures and complement the prize chain. Scatter (at least 3 on the screen) will give the player free rotation. The number of such rotations is determined by the digital images on the symbol. In prize-winning rotations, a pleasant surprise is possible: Sticky Wild appears on the screen and remains.

The chance to get a win in the bonus game is given to the player, provided that before that, at least 3 bonus pictures dropped on the line. The main feature of the bonus level: the use of fragments of the real show on the playing field. The player chooses the version of the bonus game: these are the nominations of the show – vocal, choreography, original genre. Here you need to move to a new level and defeat rivals. At each new level you will get a higher multiplier.