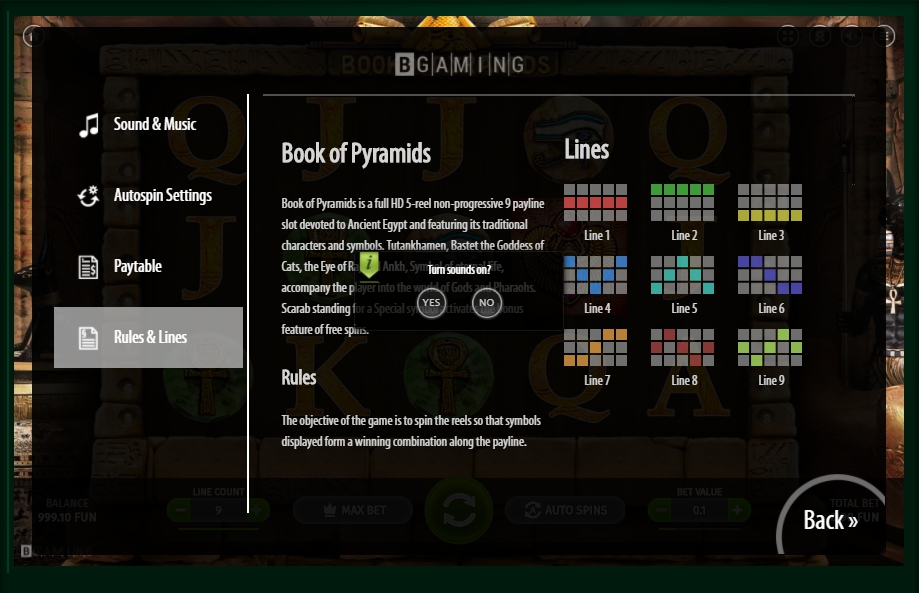 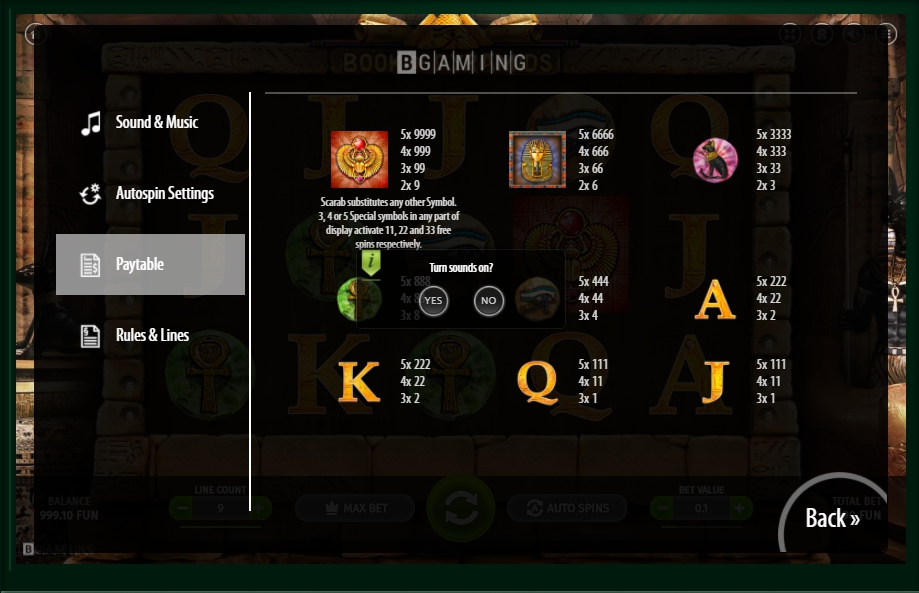 The company SoftSwiss has released another masterpiece, which is devoted to the theme of magical Egypt. The slot game is called “Book of the Pyramids”. The slogan of the new online game is “Enter the pyramids full of treasures, and take your reward!” The Book of the Pyramids has five drums and nine lines for payouts. Among the special characters you will get a chance to meet the standard names of playing cards, as well as images from the times of Ancient Egypt.

This new video slot will bring you a lot of fun and you will not be disappointed.

Once you choose this game, you will return to ancient mysterious times. Those who are interested in Egypt, of course, will play the Book of Pyramids on their computer or on the smartphone on their way home.

If you dare to plunge into this adventure, you must decide on your bet. The “Bet” button changes the coin value in the range from 0,1 to 1, and the “Lines” button adjusts the number of active paylines. To start the game, click the “Spin” button.

The function “Bet Max” will rotate the drums with the maximum bet, while the “Autospin” will turn them into a predetermined number of times without interruption. Management is not difficult, right?

Now, let’s talk about the features and bonuses of this game. The developers are very inspired by Ancient Egypt, so all the symbols from that time include: the Eye of Ra, the cross-symbol, the bust of the pharaoh and the “Egyptian cat”, as well as the regular run of the characters that are shown in the Egyptian script.

Note that each of these symbols will be paid, if you during the game will be able to properly build them on paylines. The main win depends on the symbol that you drop, while the bust of the pharaoh is the biggest bonus. Not so great, but nice bonuses – a cat, the cross of “life,” the Eye of Ra, and then all the other symbols.

But, the most important symbol in the game is the Scarab, and we’ll talk about it. The scarab symbol can replace any symbol of the symbol that falls on the drums No3, No4 and No5. With this symbol you get the opportunity to win eleven, twenty two or thirty-three free turns so you can rotate and follow the game. In addition, the Scarab gives you a guarantee that you have a chance at the main prize – 9999 coins!

The Book of Pyramids was developed by a reliable and proven Swiss company, so you know that this game will give you unforgettable feelings and emotions from victories, and this online game in which you feel like you are at home. Management and the game itself is not difficult, it is suitable for both a professional and a beginner.

Other Games by SoftSwiss