Leander Games has decided to surprise gamblers with a new bright video slot machine made according to all requirements of the third generation. Players will be able to see a mysterious story of one Centaur, who wants to become a human. The background of the game is made as the field with pink and purple clouds. Gamblers don’t have to download the video slot game on the personal computer. As well as there is no need to complete registration on the website of trusted online game portal you have chosen to play with.

Just open the page and run another round with the “Aztar Fortunes” video slot! The 3D animation and HD graphics make this slot good looking and very attractive for players. 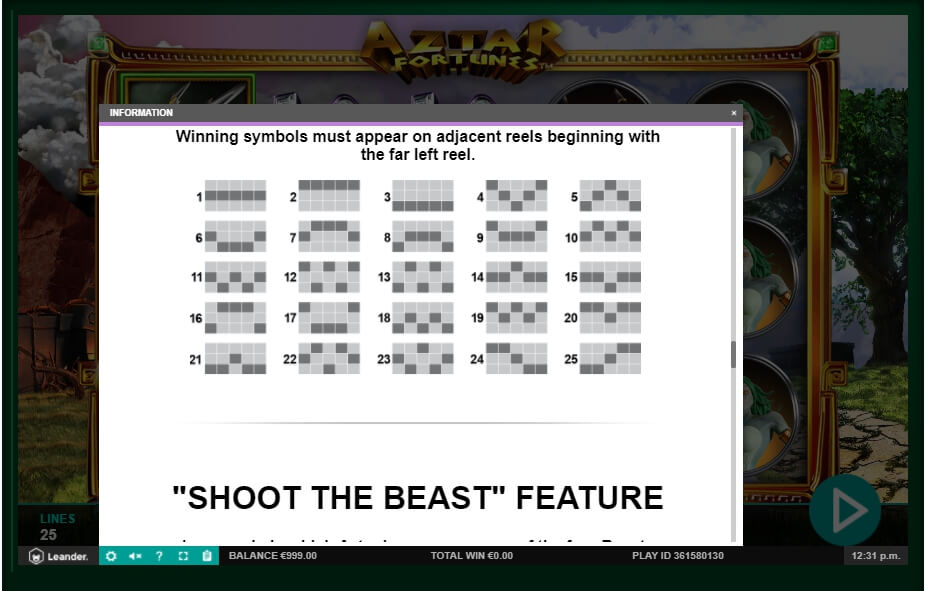 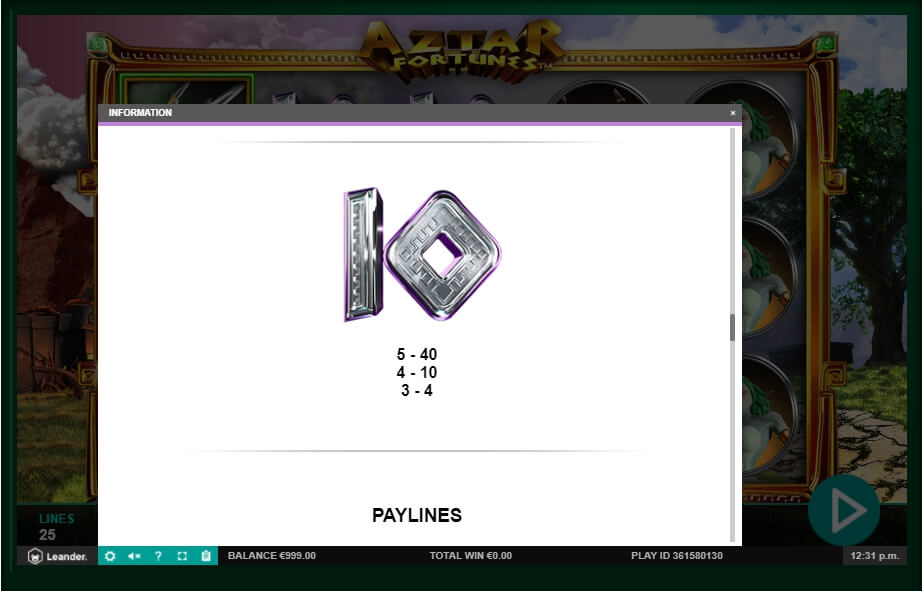 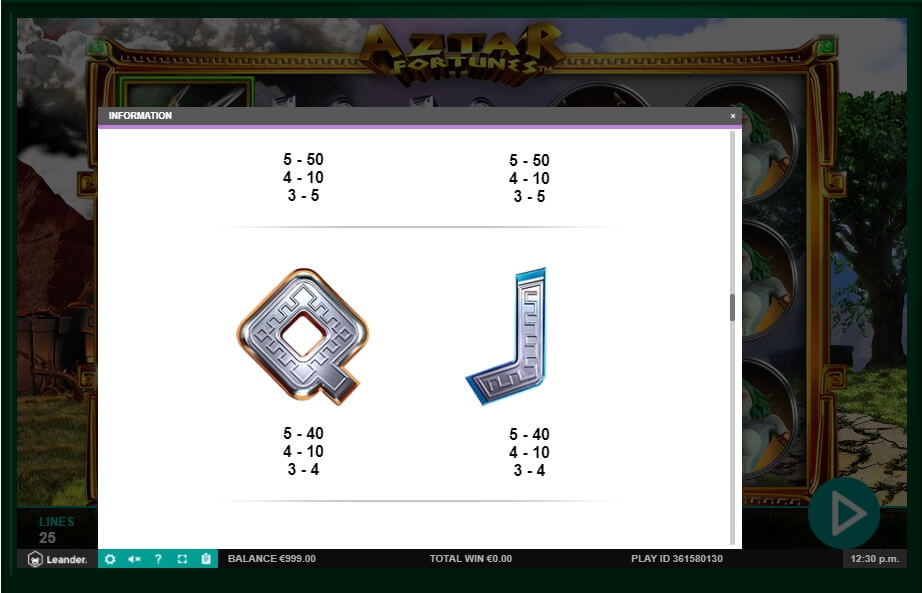 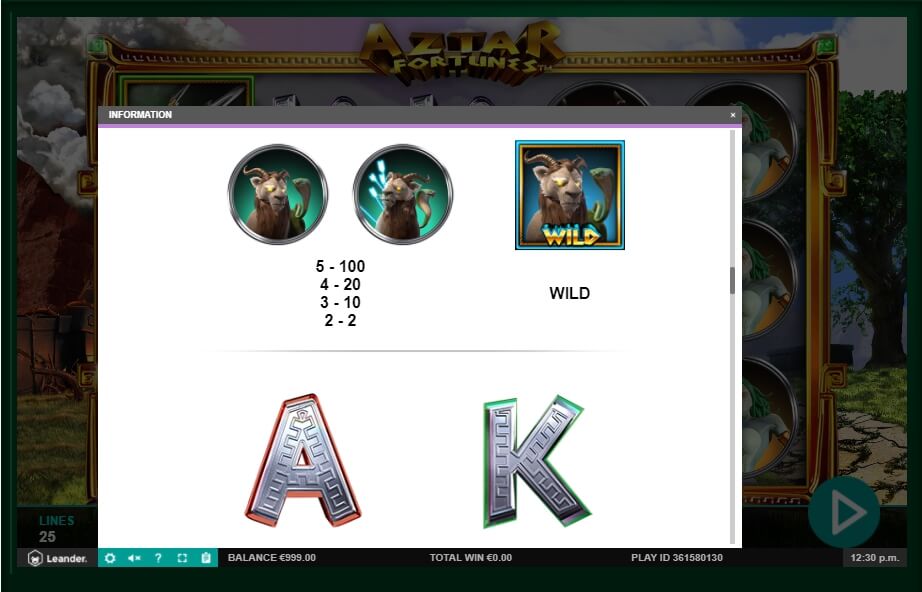 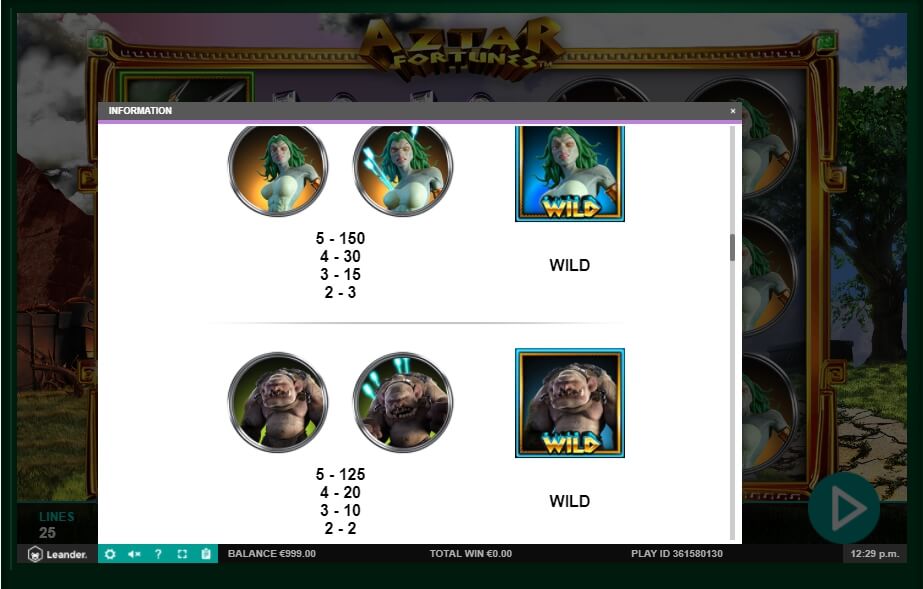 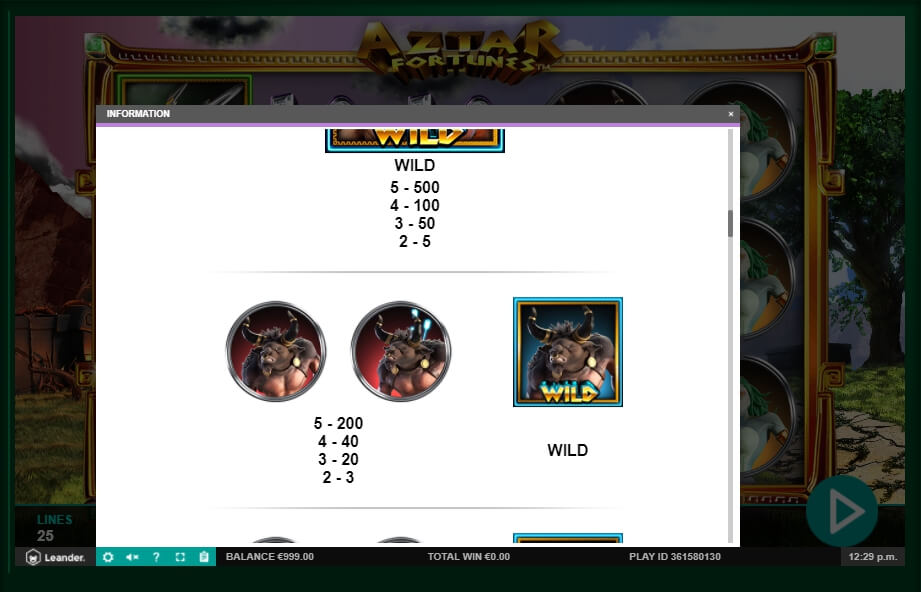 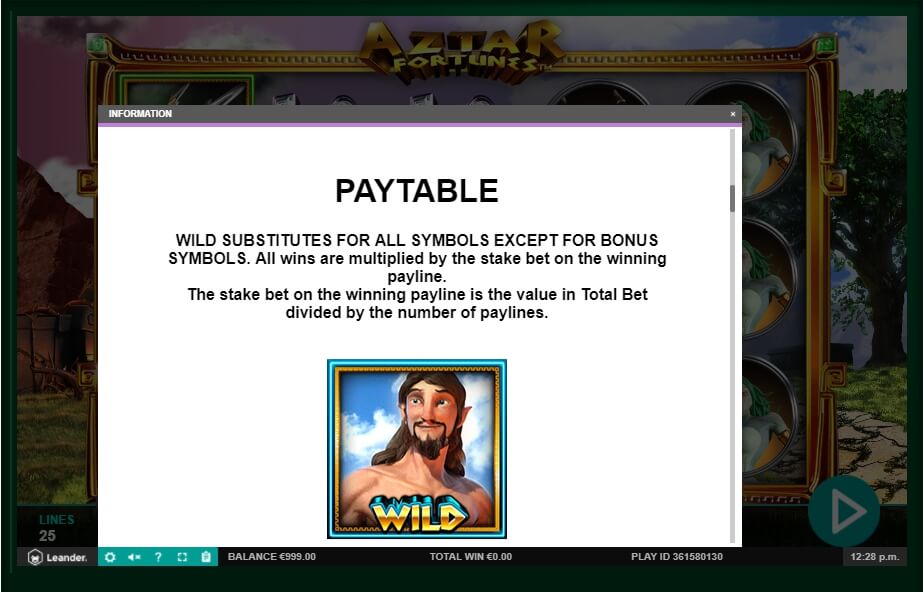 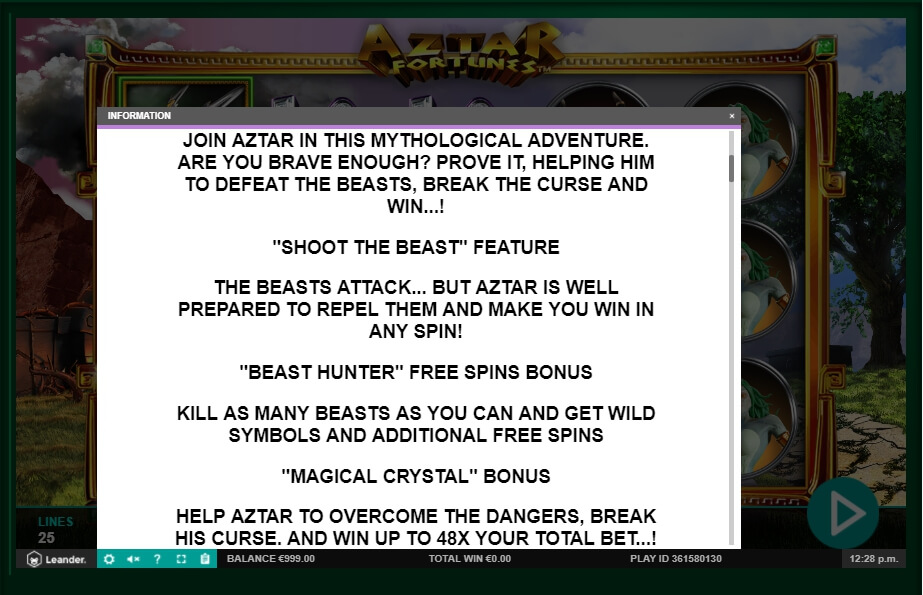 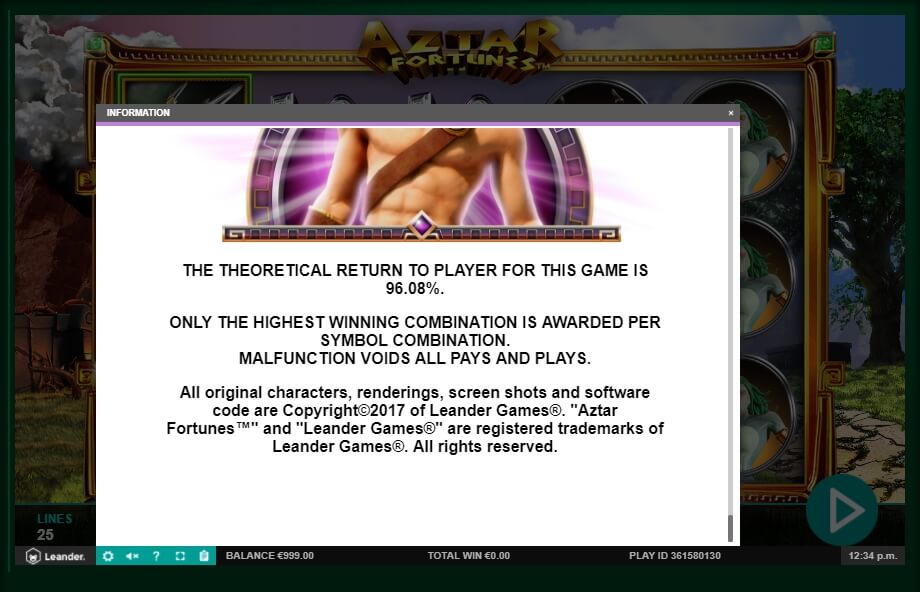 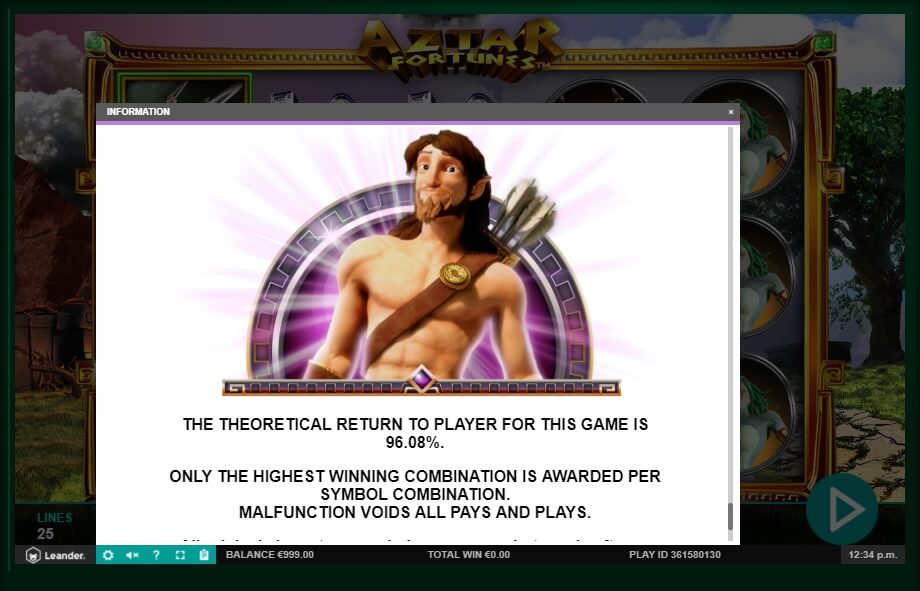 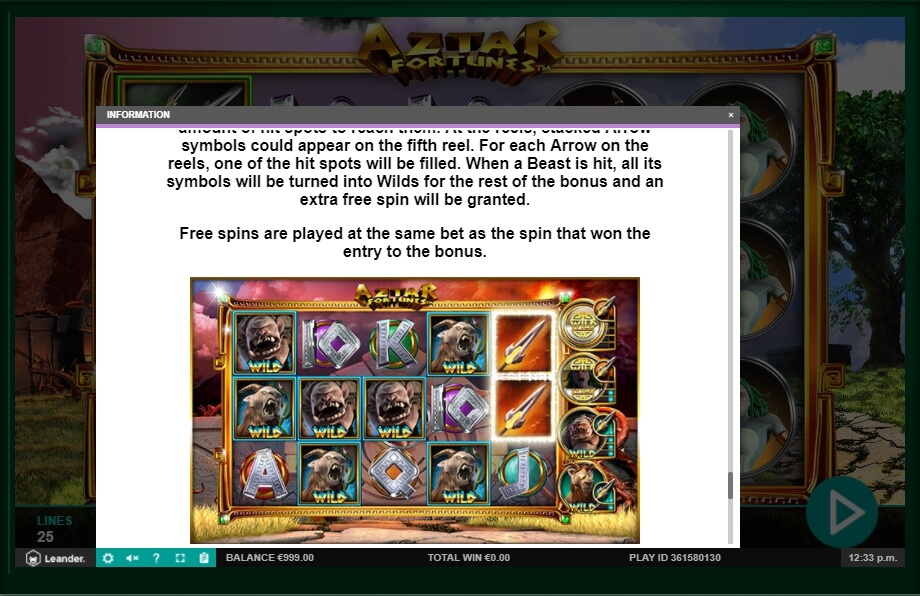 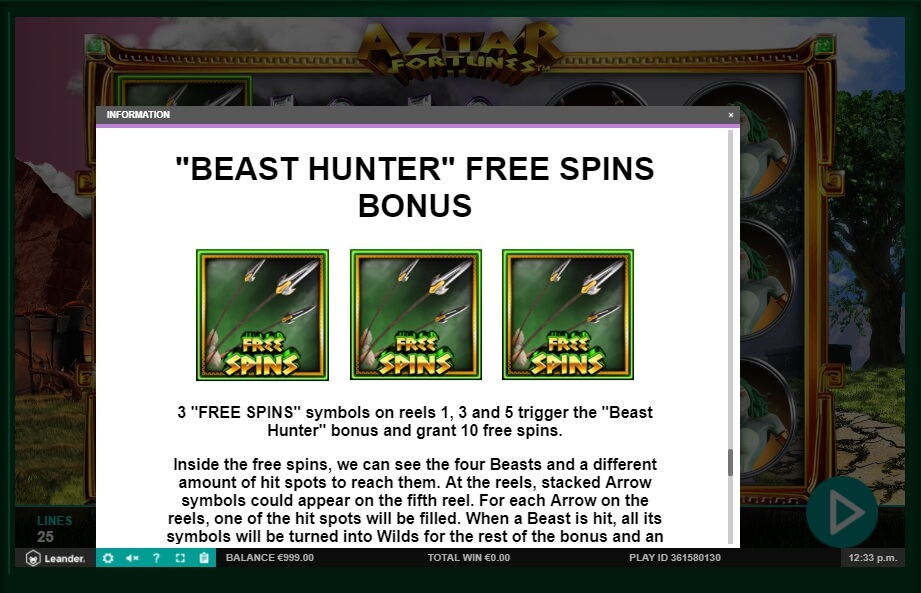 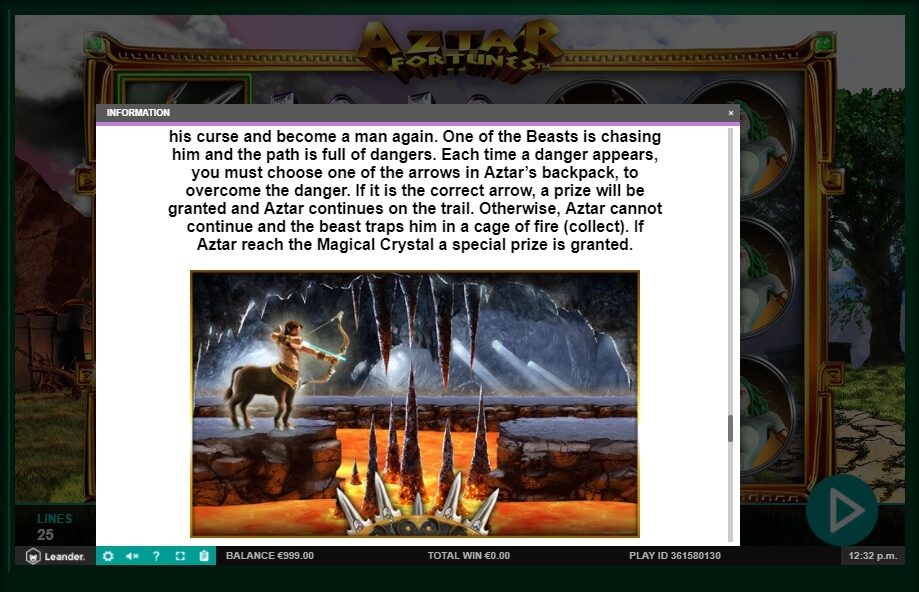 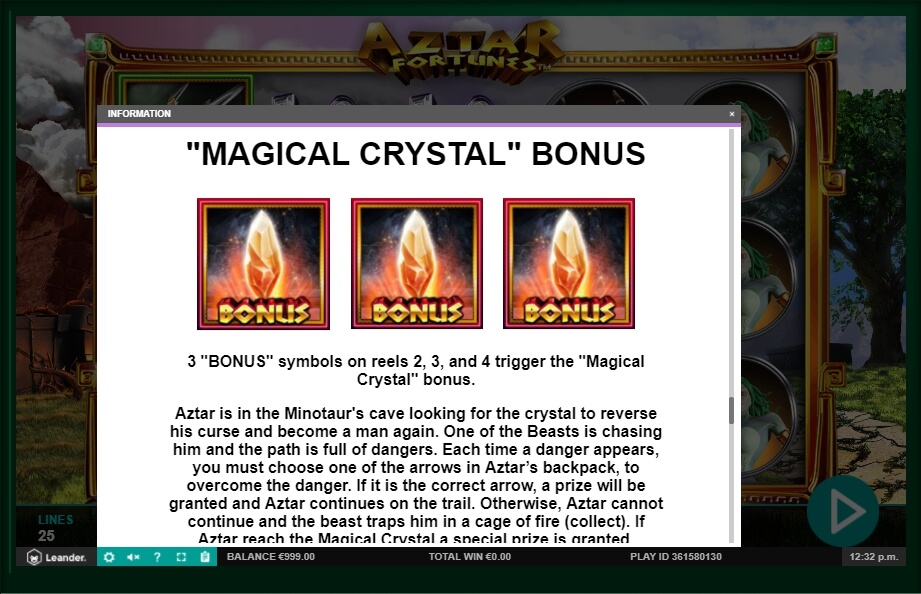 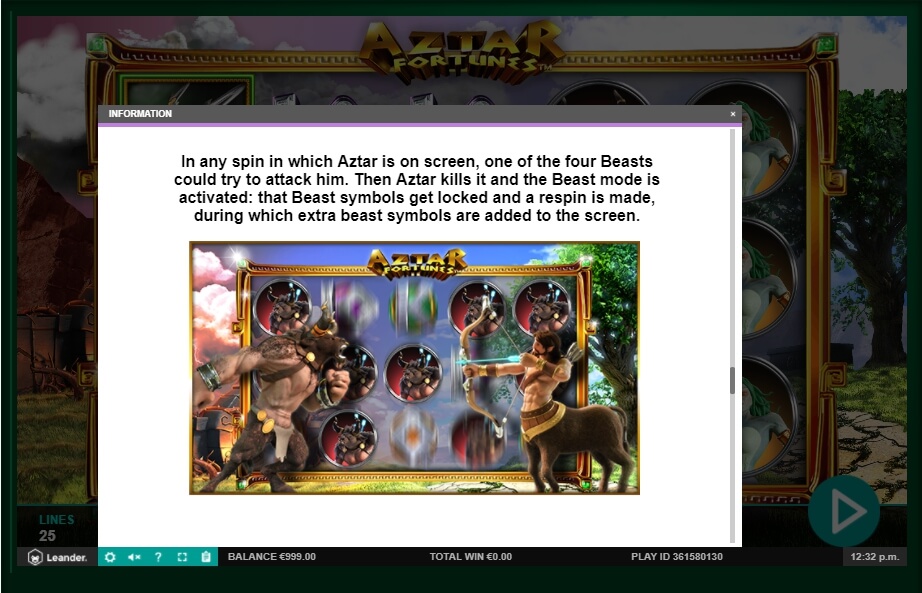 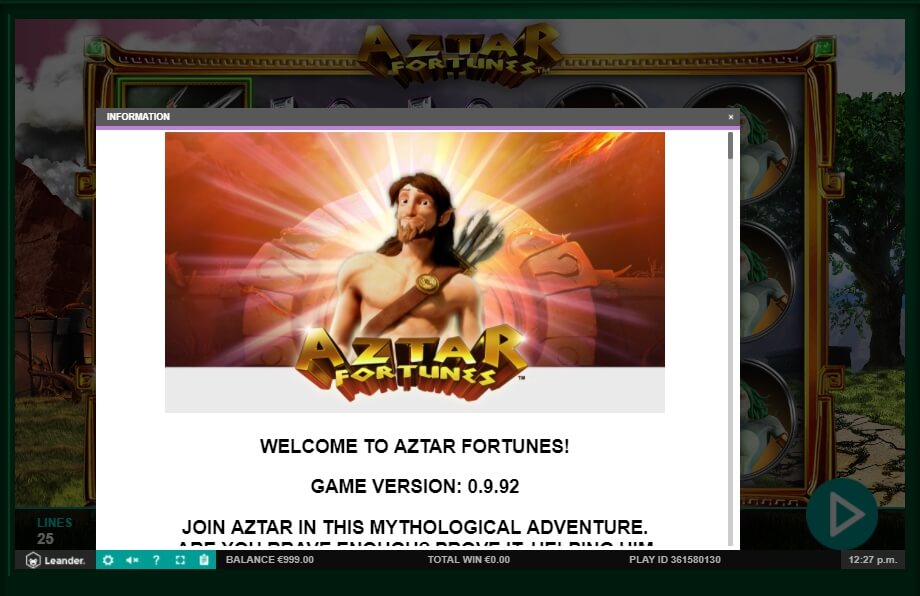 Welcome another bright video slot machine with five reels and three rows in height. This is a kind of traditional slot games with a 15-spaced grid and 11 playing icons. In total, there are 25 winning combinations available in the game. To check out how they are placed on the screen, just press the “Information” button and you will see 25 different interfaces of the game with several squares painted in the bright colors. The player can easily change the number of available lines manually as they are not fixed. There should be at least five lines activated in the game.

To regulate the number of lines, press the “plus” and “minus” buttons on the bottom of the interface. The minimal bet in the game is one coin per one line. The maximal bet is 10 coins per one winning combination. The Autoplay option is also available in the game. It can be turned on manually before the start of the first gambling session. Choose an optimal amount of automatically turning on spins of reels and play either on 5 or even on 100 spins in the game!