You can not play this game for free
For free slots game go
Play free
or
(13 votes)
Full screen: Report a Problem: close 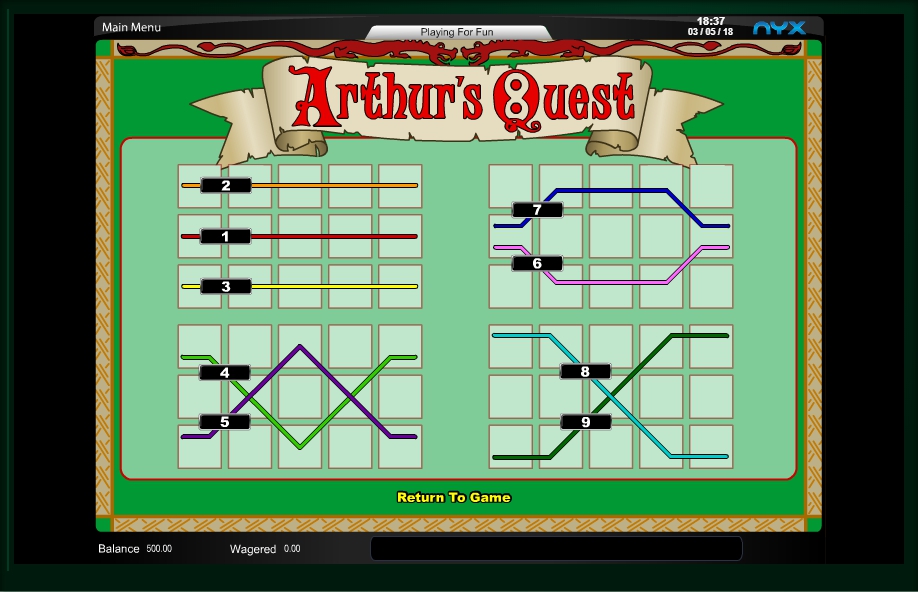 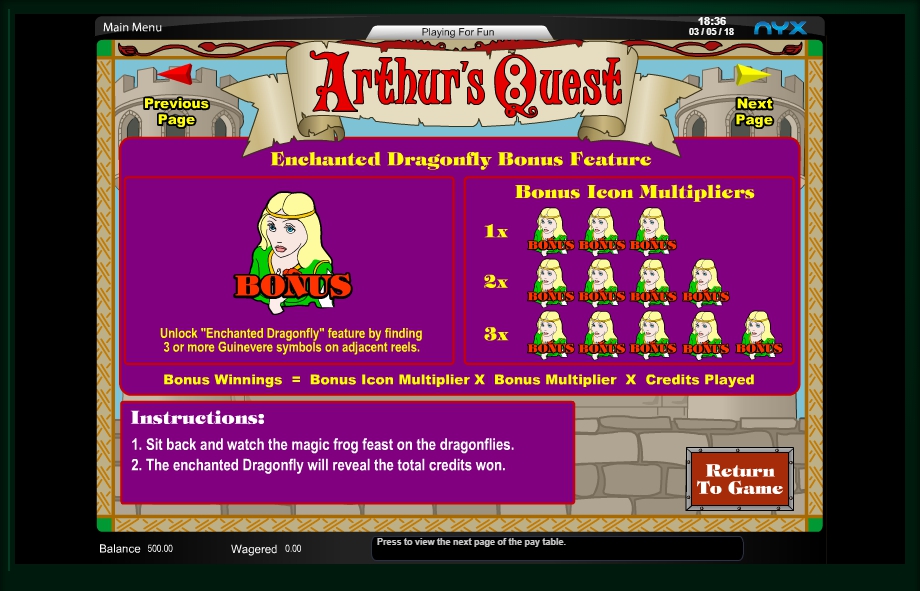 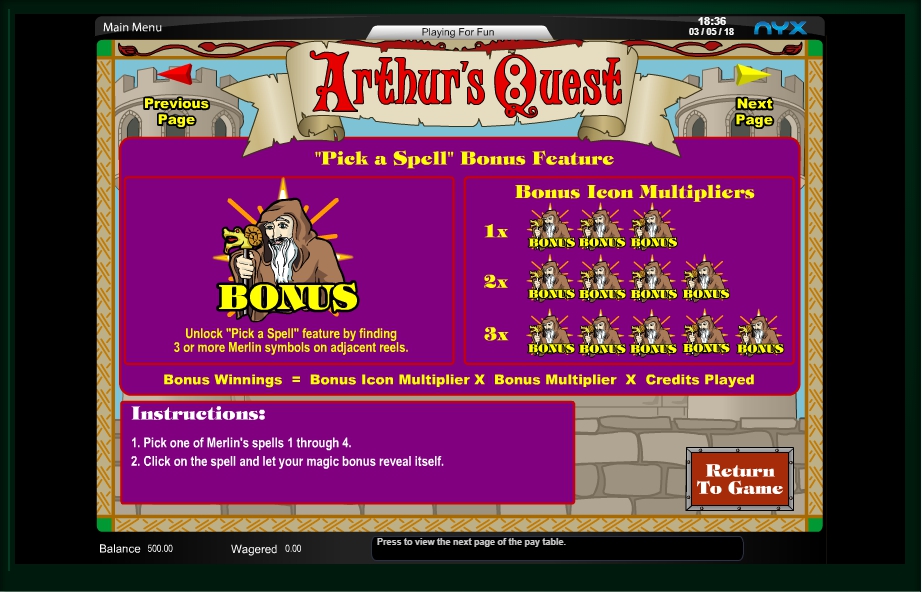 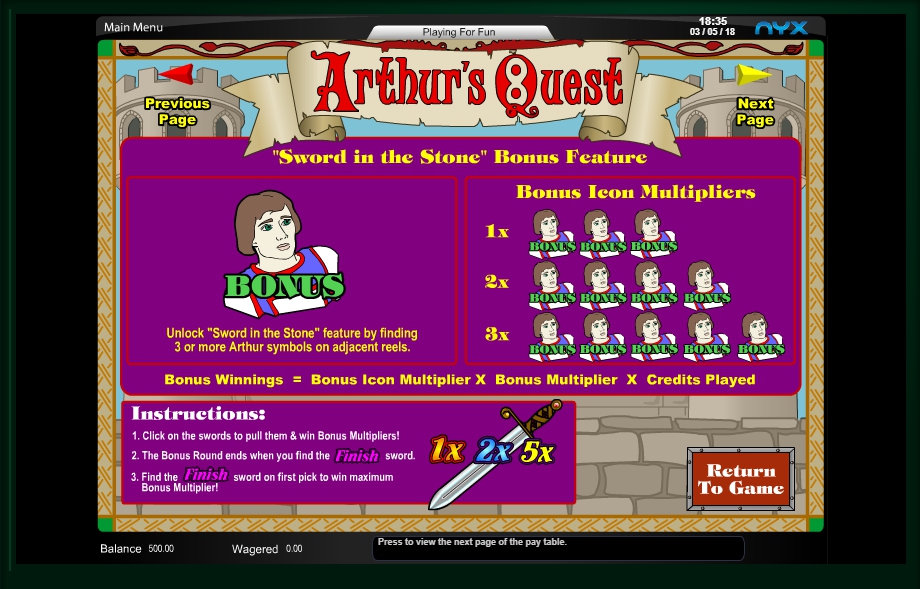 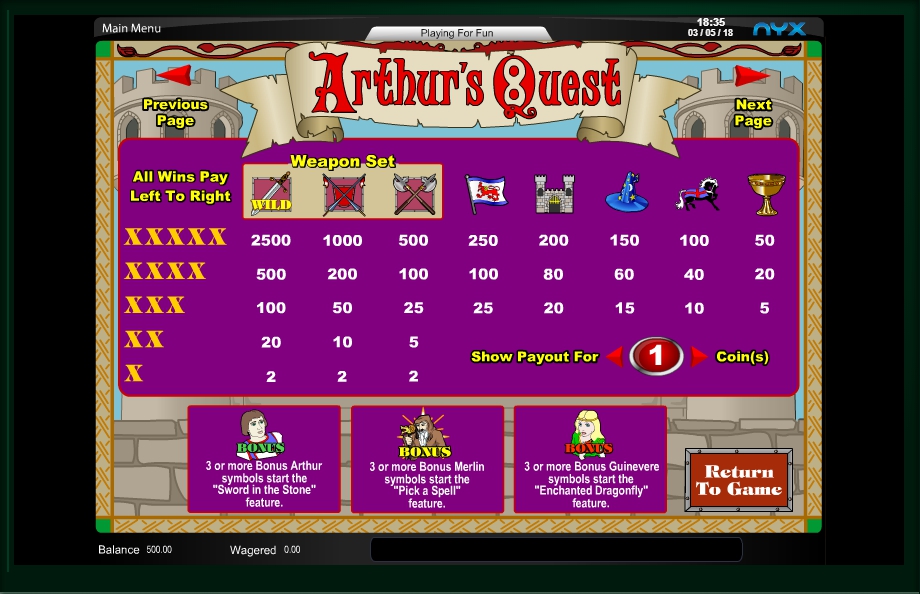 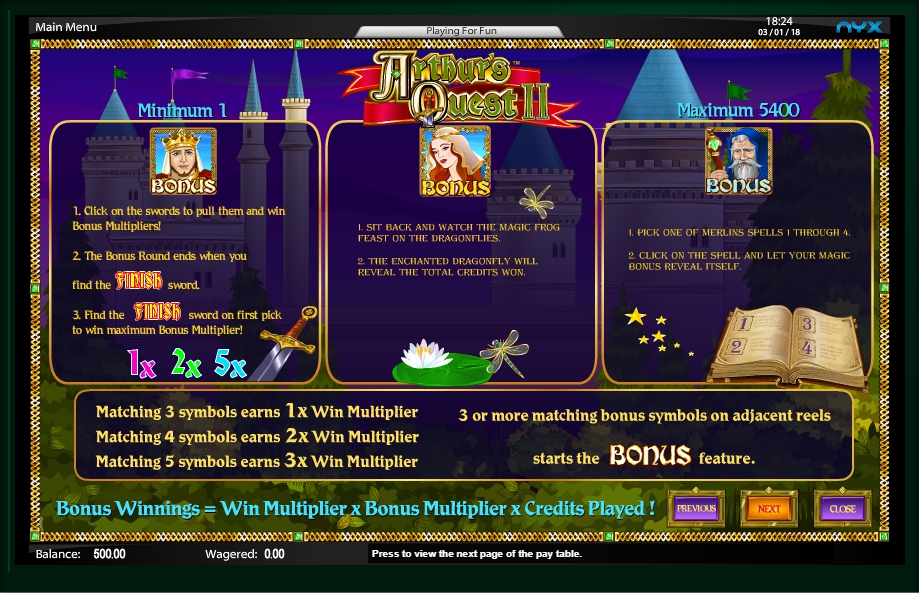 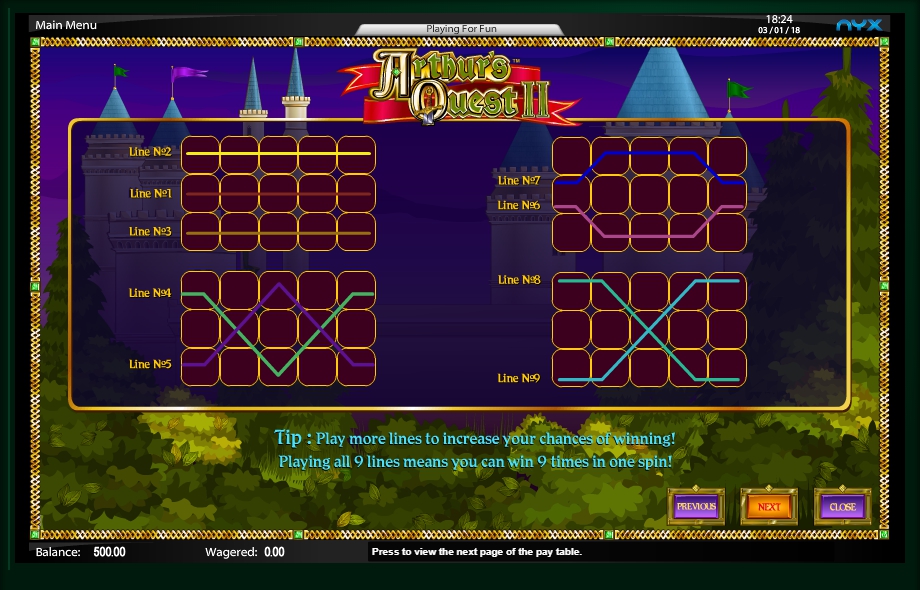 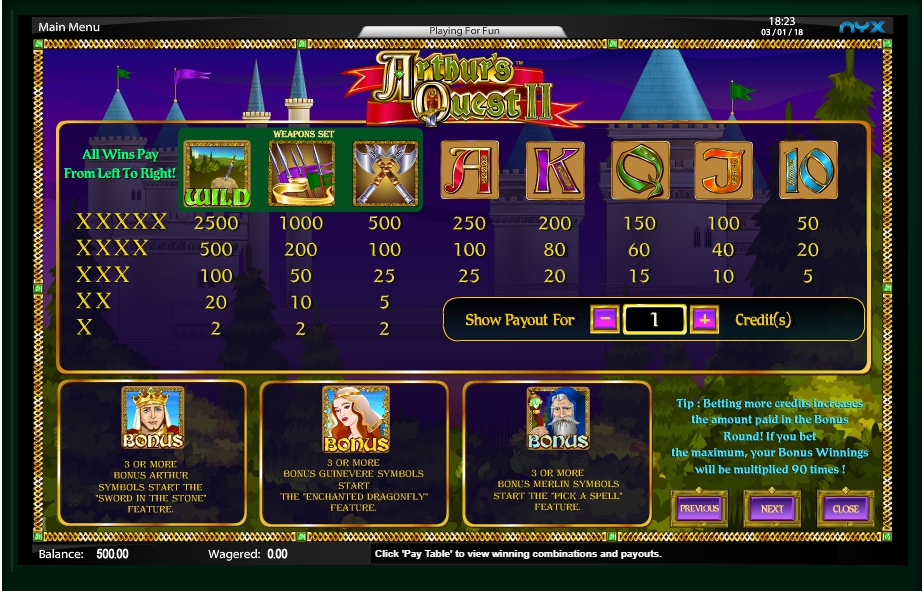 Arthur’s Quest II is a continuation of the well-known Arthur’s Quest slot game produced by Chartwell. The second part of the game has retained a spirit of the adventure and magic. Wizards, magic, axes and figures from classical legends are all in the new game, which is dedicated to the Middle Ages.
Arthur’s Quest 2’s video slot style is fully consistent with the chosen theme. In the background, we see a castle with columns and flags, surrounded by a dense forest. At the top is the logo of the game, stylized as medieval writing. The drums are on the parchment. On the right and left of them are colored banners with the rules of the game. As a game symbol, the Excalibur sword, which belonged to King Arthur and other objects, was used.

Arthur’s Quest II is exactly the same as the first Arthur’s Quest but with more improved smooth graphics, better changes in the bets and sizes.
Arthur`s Quest II is a 5 reels and 9 pay lines video slot game. This game has the same functions as the first part, but they are more profitable. Now the player is allowed to bet at least $ 0.09, $ 0.45, $ 0.90, $ 2.25 and above. You can learn the buttons quickly and we will help you.

Therefore, to change the coin value use the buttons “+” and “-“, which are in the lower left corner. Then press “Bet 9” to add one coin to each line, or click the color pointers to the left and right of the reels to individually adjust each line. Also, if you would like to delete all bets select “Clear”. When you are ready to start, choose “Spin” or “Max Bet” to start spinning with ten coins in each line. Use the Autospin buttons in the lower right corner if you want to rotate several times without interruption. The jackpot in this game – 2.5 thousand.

If you play online casino, then Arthur’s Quest 2 will please players with three bonus games. In the game there are three bonus symbols – King Arthur, the lady and the wizard Merlin. As soon as three or more such symbols appear on the screen, a mini-game will be launched. For each bonus sign, it is individual. Four bonus symbols will increase the amount of the win in the additional round by 2 times, and five – by 3. The first game is called Words in Stone. The player needs to click on different words to get the multiplier. The game will be over, as soon as he stumbles upon the word finish. But at the same time, if the player discovers the word finish the first time, he will receive the maximum possible payout. The second game Enchanted dragonfly. Watch, how on a pond the frog eats dragonflies. The game will be over as soon as the frog swallows the enchanted dragonfly. Third game – Choose a spell. Before the player appears Merlin. You have to collect his thoughts and words. Based on selected thoughts and words, the game itself will choose the appropriate bonus for you.