Around the World in 80 Plays Slot Machine

Around the World in 80 Plays Slot Game Images 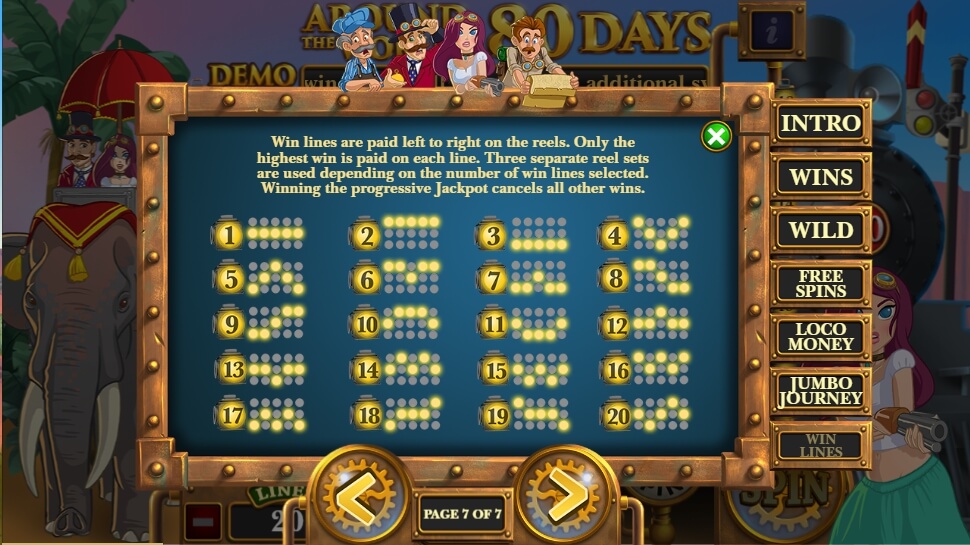 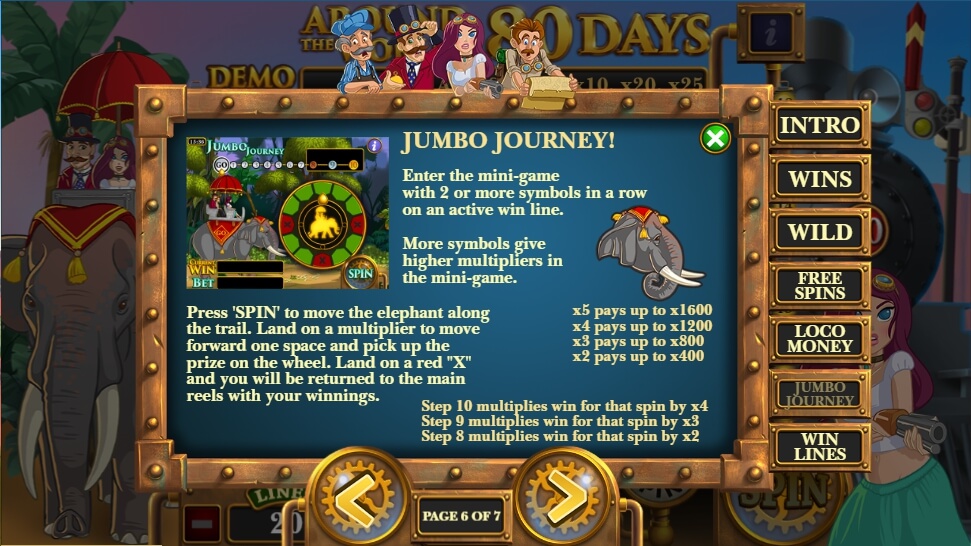 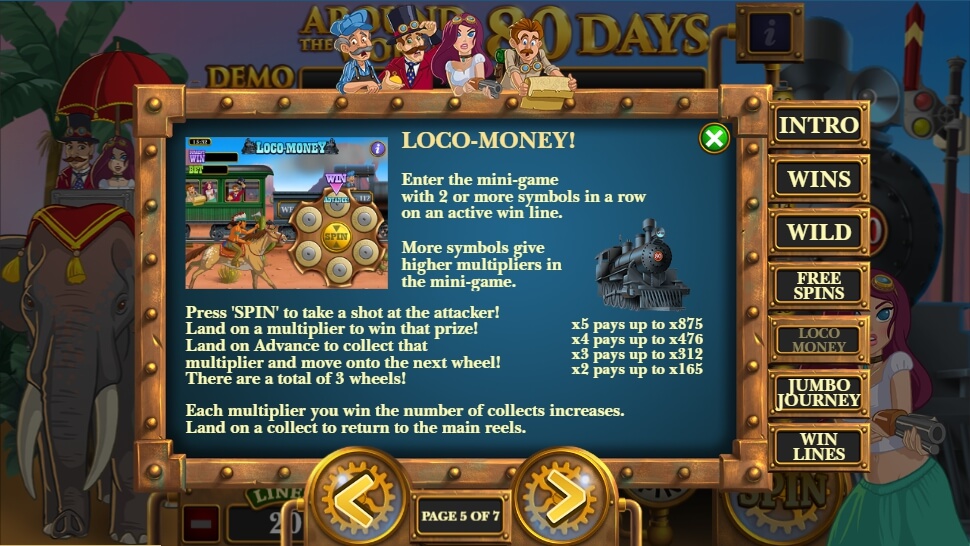 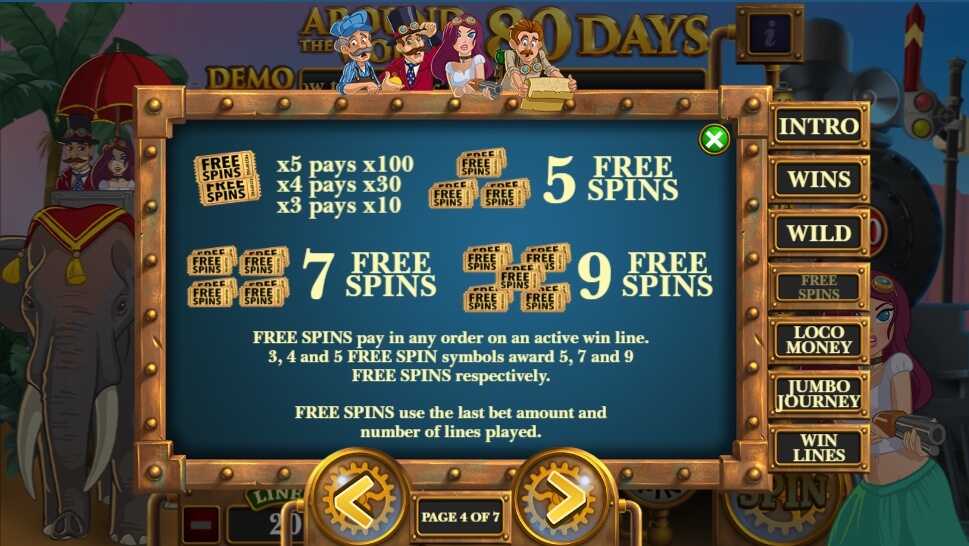 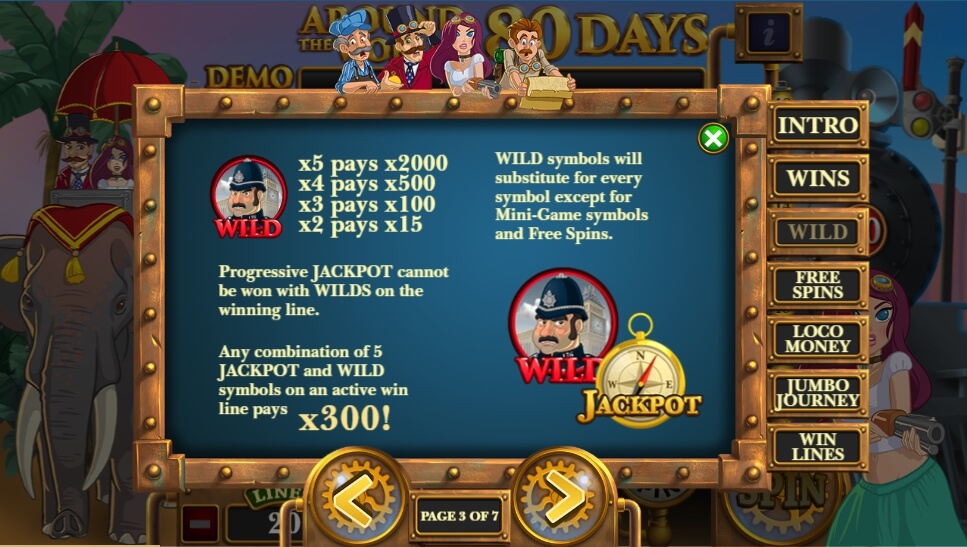 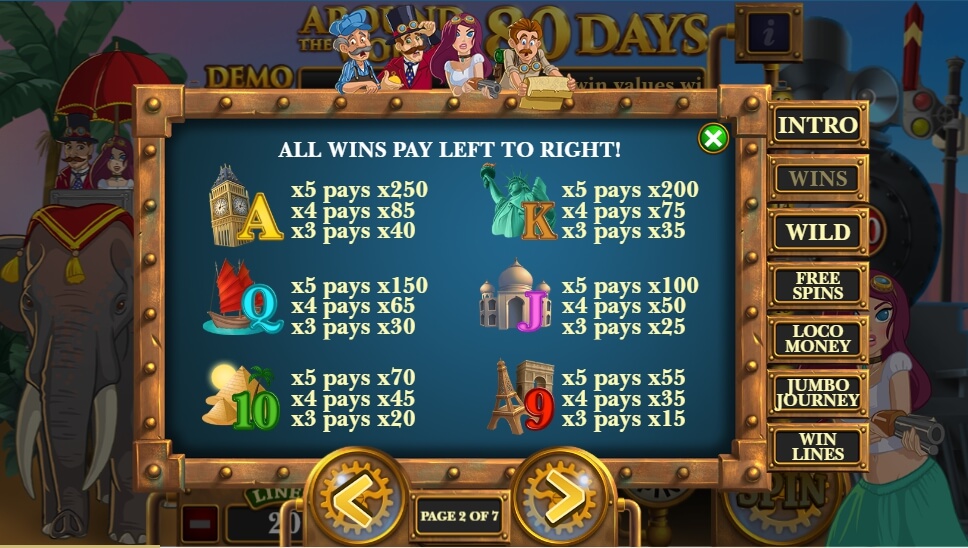 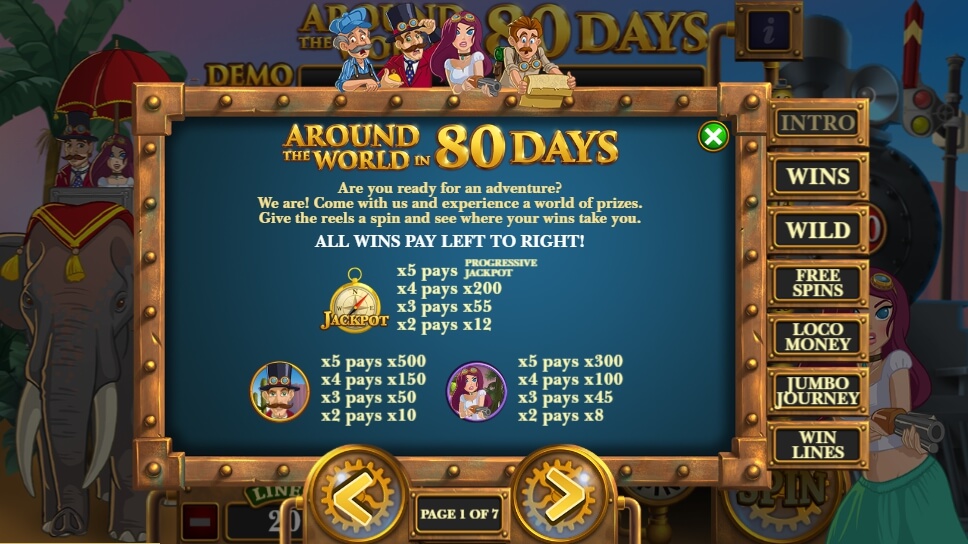 Around the World in 80 Plays Slot Game Info & Features

Around the World in 80 Plays Slot Review

Probably, the most of the users have watched a film or read a book that tells about the adventures of two guys. Mr. Fox and his partner had to make a round-the-world trip and return to London in 80 days. But the city’s mayor did not want this to happen, so he prevented his friends from doing this. Of course, Playtech could not miss a chance to create such a model.

The eponymous film lies at the heart of the slot “Around the World in 80 Plays”. You will make your way to different countries using different types of passports. Each country has its secrets and surprises.

This gaming machine has an original fetching which reveals the general storyline. Great sights of London are depicted in the background. As we said earlier, this story began in London when Mr. Fox announced that he and his friend could travel around the world in 80 days. All buildings look realistic because they were depicted using the modern 3D technology.

Different sights of France, Mexico, China and other countries were used as the game symbols. Each stroke was detailed by the developers. This atmosphere guarantees intrigue, adventure and excitement.

The playing field is located on the background of a large atlas. It is surrounded by the different cells with numbers from 1 to 40 which denote all the paylines. The logo that is made in the form of a compass is at the top. The emulator has a clear interface that allows you to easily manage the game process and win the prizes.

The user should open a tab with the theoretical information to familiarize himself with all the rules, symbols and structures of the lines. You can also adjust the size of the bet and the number of active lines by yourself. These actions are carried out with the help of special buttons that have the adjustments. Activation of the game can be carried out in two modes. The participant can activate the manual or automatic game mode. If the client prefers to enjoy the gameplay then he needs to select the second mode. All results of the round are displayed in the special windows.

Now we need to consider the functionality of this product. This video slot features a wide selection of special characters. For example, a wild (fireworks) can replace only the simple icons. Skaters are also special images that give instant wins. These options will help to win more real money and even a jackpot (50 thousand). Players will see an airborne in a balloon sometimes. This element performs the functions of a scatter/bonus, which activate a bonus option that is endowed with simple rules.

Three images of the globe activate a round of free spins. The number of lines and the bet can’t be changed. All other images are paid according to the general table of payments which is available at any time in the online casino. The emulator is available without registration.