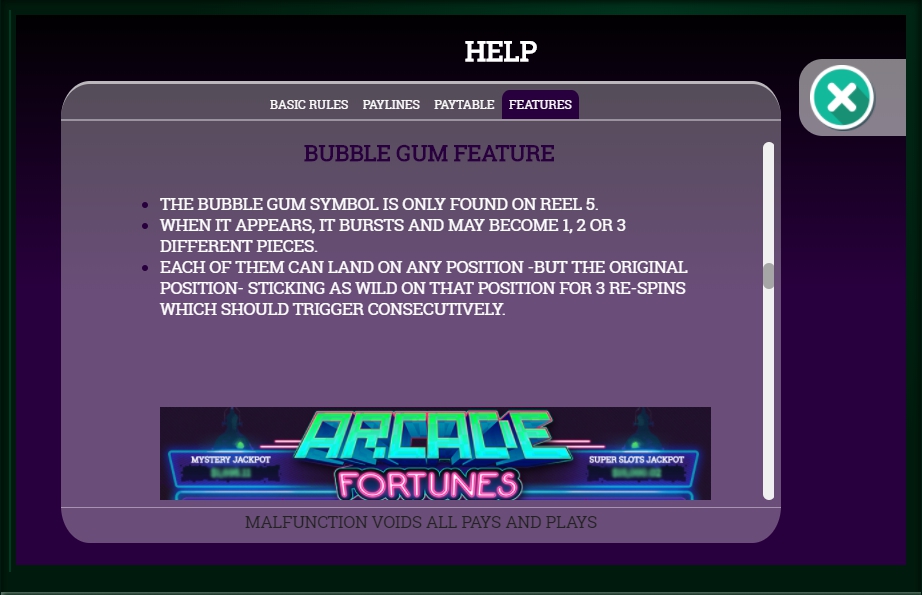 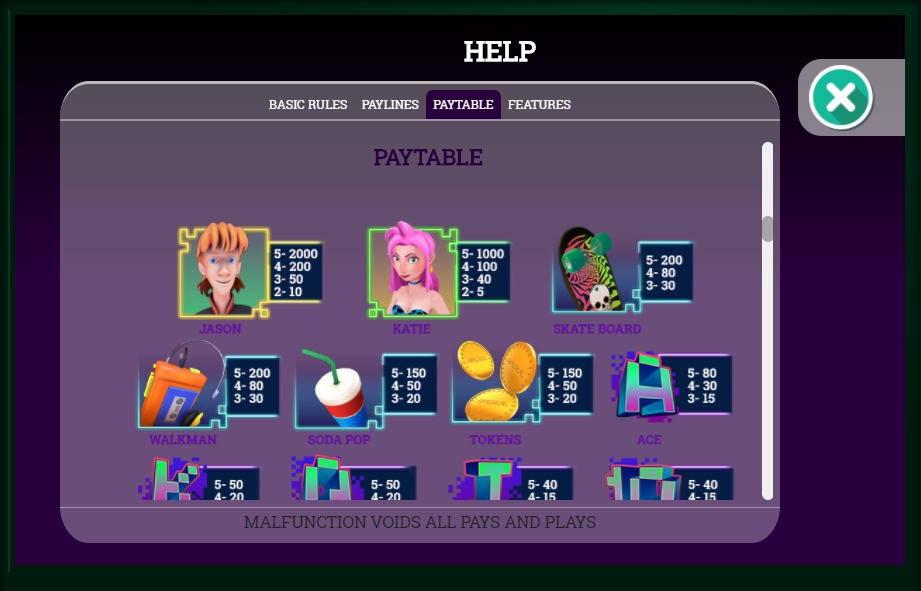 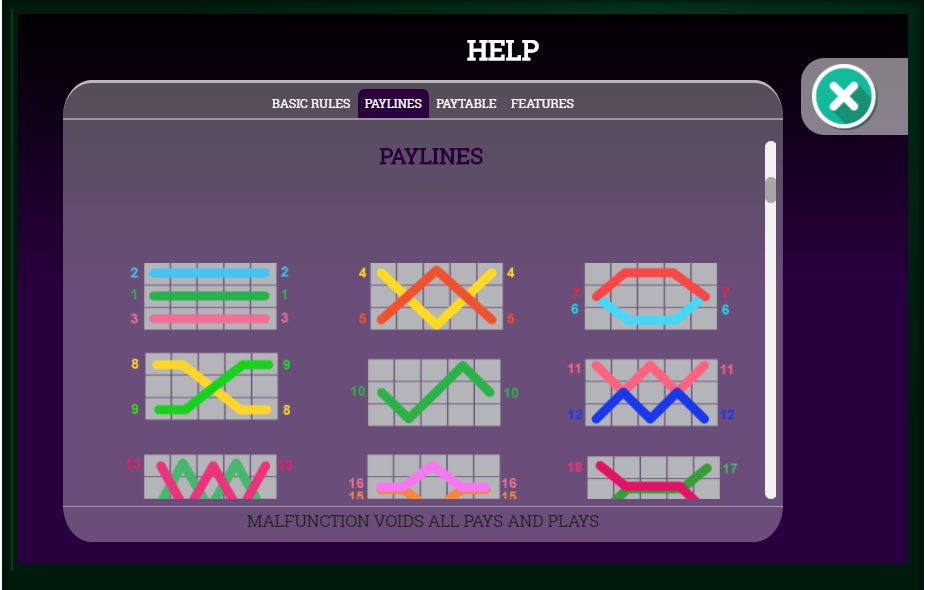 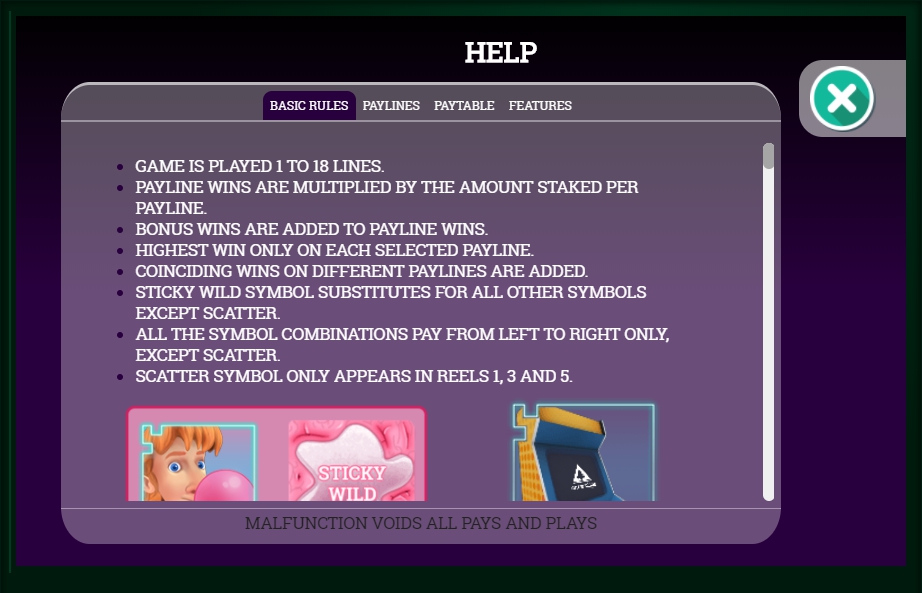 Everyone will agree that the 1980s were an excellent period – voluminous hair, discos, punks, and much more. The delightful Arcade Fortunes online game by the Arrow’s Edge Company gives you an opportunity to plunge into those times and win real money. The Arrow’s Edge Company was created recently, in 2014, and for a short period of time has become very popular in an online casino. Later, the developers also decided to cover the mobile market and developed dozens of games that support smartphones and tablets.

Thus, they very quickly established a collection of more than 50 games, both for mobile device users and classic versions.

Since the 80’s is called the time of eccentricity and excessiveness, the slot developers put these two concepts into the design of the game and made it incredibly colourful, filled with unusual graphic images, as well as bright symbols that emphasize the main theme of the slot. Clockwork music accompanying the participant throughout the game, contributes to a complete immersion in the game atmosphere for long days.

This video slot has 5 reels and 18 paylines in its arsenal. It is necessary to pay attention that the initial size of the win is affected by the originally set bet, so before you start the reels the user should fix the desired bet and consider the theoretical information about the game.

Therefore, firstly, the user should examine the “info” section. Also in this tab, the player can learn the structure of the active lines to know how they are placed on the screen. To determine the stake, the participant needs to select the number of active lines.

In general, the machine is decorated very colourfully. On the right side is a girl who watches the game process. The background depicts various slot machines.

The Bubble Gum here plays as Wild, which turns into Sticky Wild. It acts as a replacement for all other pictures, except Scatter. Once it occurs, it lands on the 5th reel and activates the Bubble Gum feature. During the feature, the Wild bursts into 1, 2 or 3 separate bubblegum pieces that spread over the rest of the reels. Then, the remaining pieces of the gum become new Wild symbols and stay still throughout the feature.

The Scatter is the Bonus image, which may occur in any position on the 1st, 3rd and 5th reels. You need to land at least 3 Scatters simultaneously to activate a Bonus Round. As soon as the Bonus Round is triggered, players can choose between the Skee Ball and the Galaxy Bonus. The 1st one offers 3 random prizes, whereas the Galaxy Bonus offers one.

After each winning combination, the Double Up feature is triggered. You can skip the feature, or play in order to increase your winning potential. By using the machine that is designed in the style of an arcade claw, the players can pick one of the available toys in order to reveal their prizes.

If they manage to grab the toy, the claw crane will allow them to double their winnings. If not, the players will end up with no prizes and will be returned to the main game.

Other Games by Arrow`s Edge