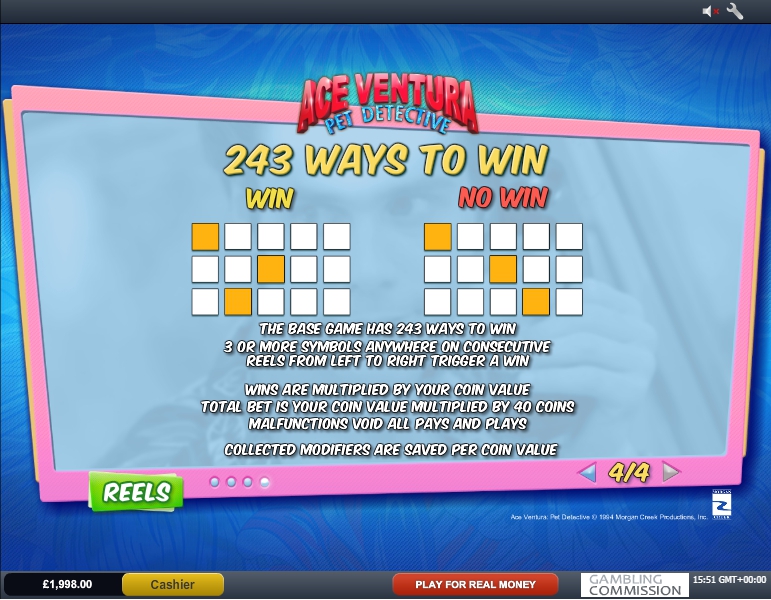 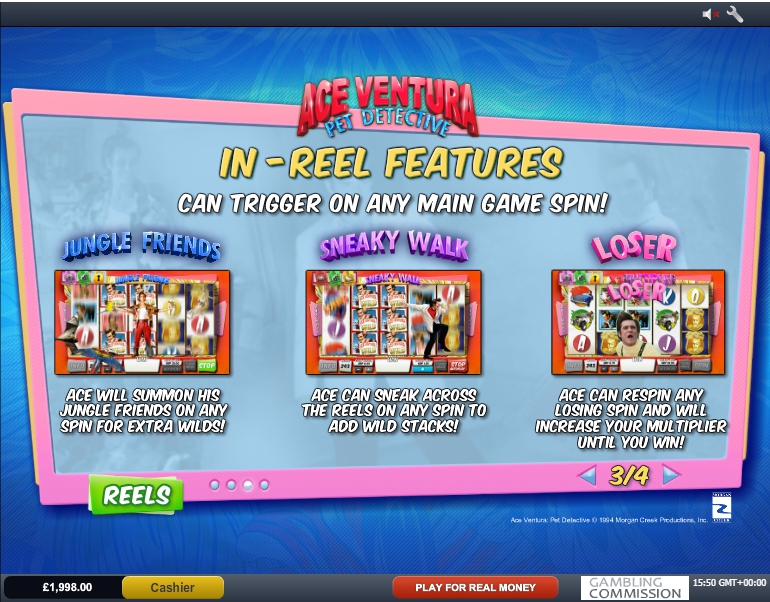 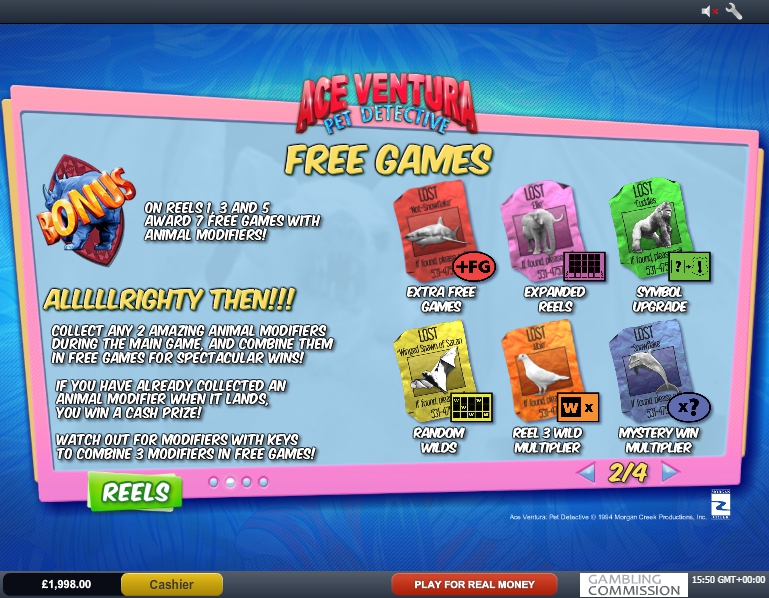 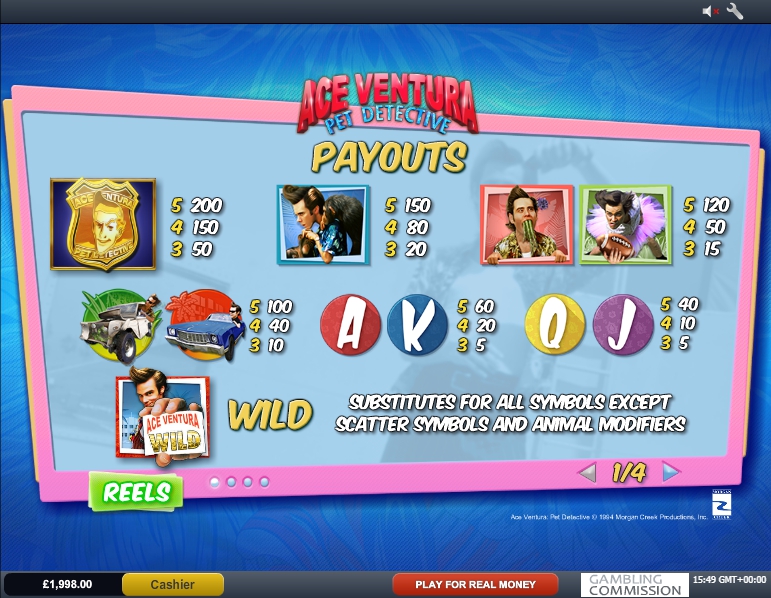 Every day there are new technologies, the game industry also does not stand at one place. Gaming machines for movies have been and remain very popular. They give an opportunity not only to plunge into the atmosphere of your favorite movie, but also to play with your favorite character. Now everyone has the opportunity to go to the Middle Ages with Dracula, find all the criminals together with the Superman or go in search of pets along with Ace Ventura. The last character will be discussed in the video slot review Ace Ventura.

Probably, every player remembers this film in the title role with Jim Kerry. The film was released in 1993, and immediately gained success and popularity. In the film, all the components of success were combined: cute animals, charismatic protagonist, humor, interesting plot, opposition of good and evil. The design is very simple and concise. On a monophonic background, 5 reels were placed. Despite this, the slot looks very bright: blue background, pink inserts on the sides. On the screen though there are images of the main character, but they are not realistic and resemble pictures from comics.

Of course, as the characters were chosen images of the detective and various scenes from the film. Once the image of Ace Ventura forms a prize chain, the user will see several frames from the movie. Complement the overall view of the machine soundtrack.

It’s a light and cheerful music, through which sometimes the sounds of animals are heard. In general, the slot machine Ace Ventura conveyed the atmosphere of the film, and all fans of this picture will certainly appreciate it!

Before starting the game, the user only has to choose the bet amount, since there are no active lines on the slot. On five sheep there are 243 prize combinations. On the control panel, the player finds all the necessary keys.

In addition to the usual symbols, there are special pictures in the game with advanced features. A wild symbol is the image of Ace Ventura showing the identification. By removing the missing signs, it gives the player the opportunity to get even more payouts!

The bonus symbol is a rhinoceros with the inscription bonus. Everyone remembers the famous shot, when the detective was inside the rhino and tried to get out? As soon as three such images have stopped on the reels, free slot rotations are launched. A separate category of characters is the image of animals in search.

During any of the rotations, additional functions can be activated. In total, there are 3 video slots. The first one is called “Friends from the Jungle”. The second function is “The Secret Walk”. The detective will sneak along the drums, leaving behind wild symbols. The third option is «Loser». Appearing on the screen, Ace Ventura can restart any unsuccessful combination and increase its multiplier.

Ace in a ballet tutu

Ace with the Monkey

Age of the Gods

Age of the Gods Epic Troy

Age of The Gods: Fate Sisters

Age of the Gods: Furious 4