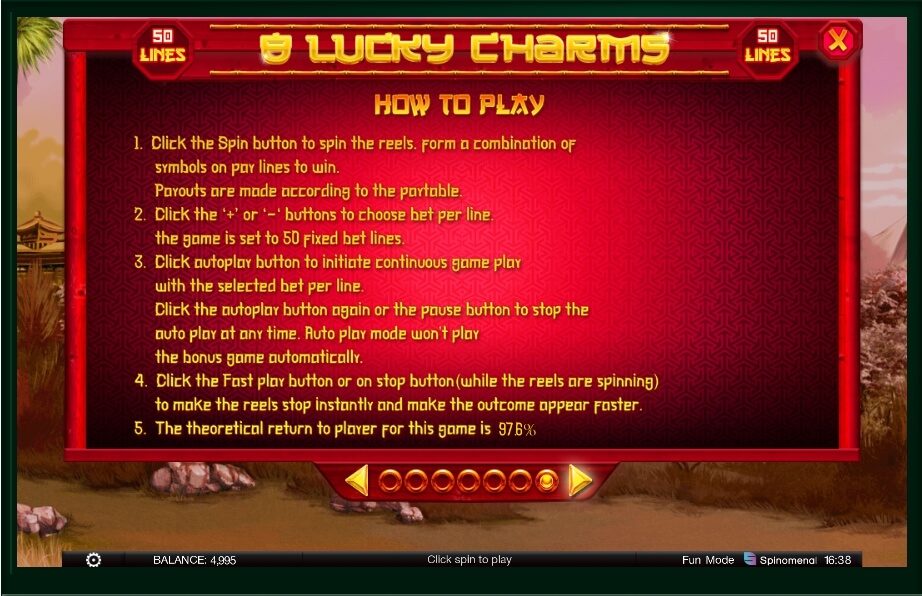 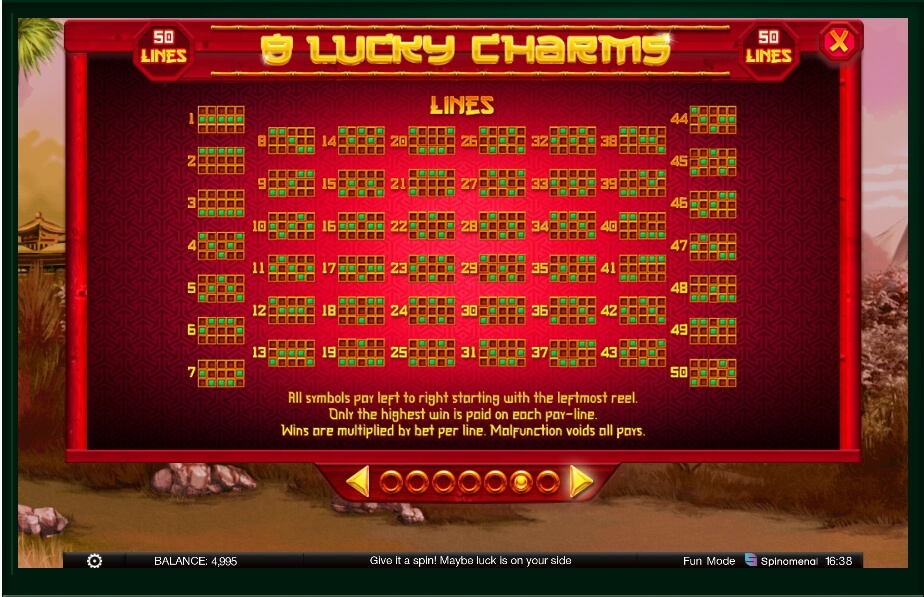 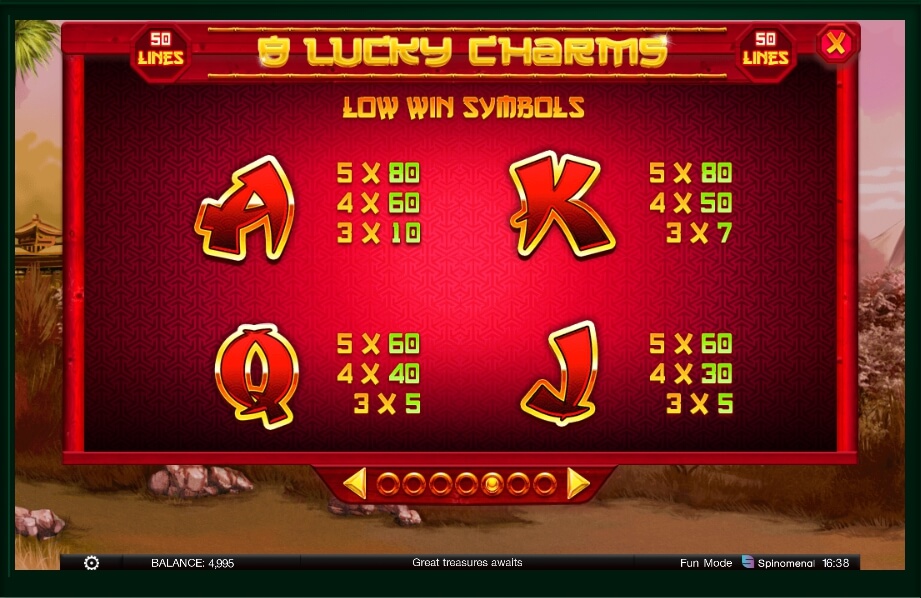 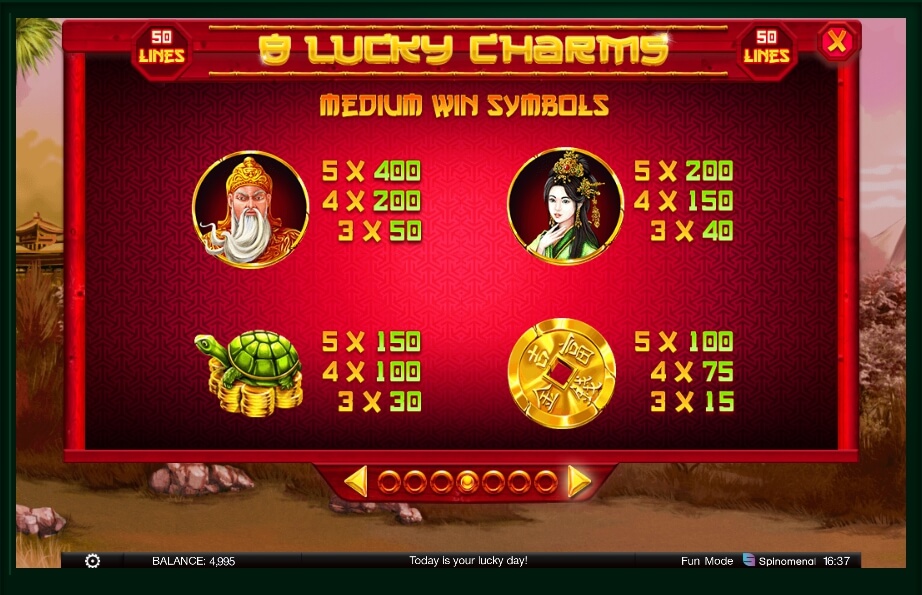 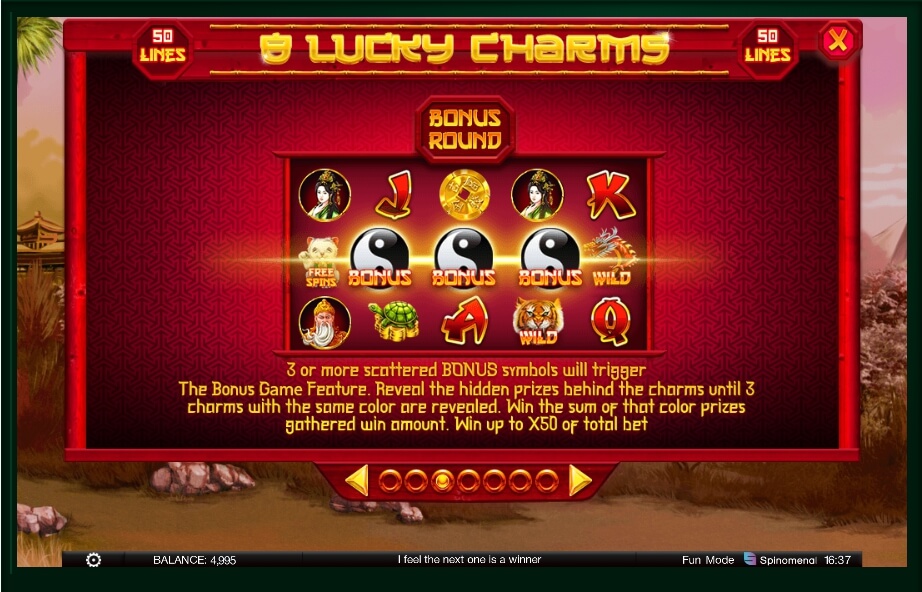 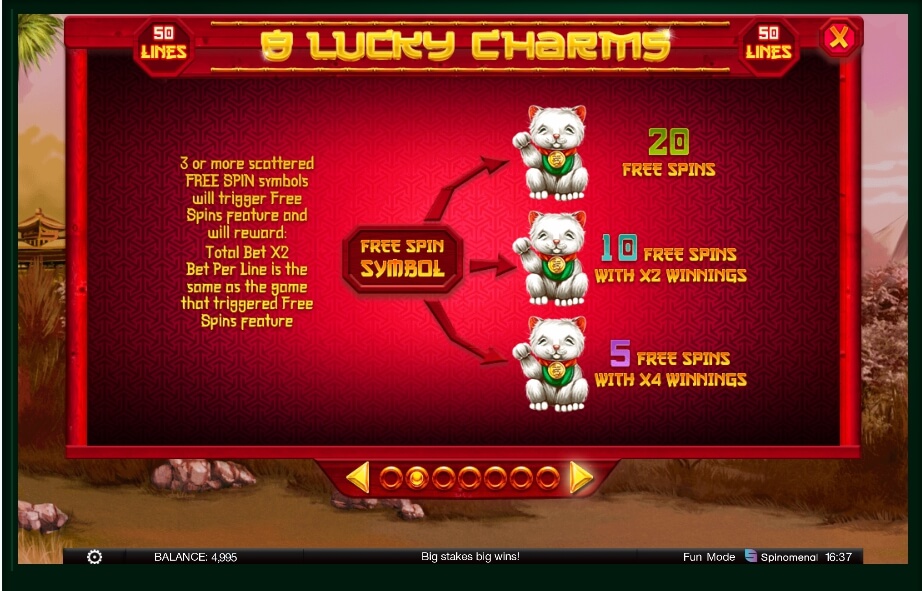 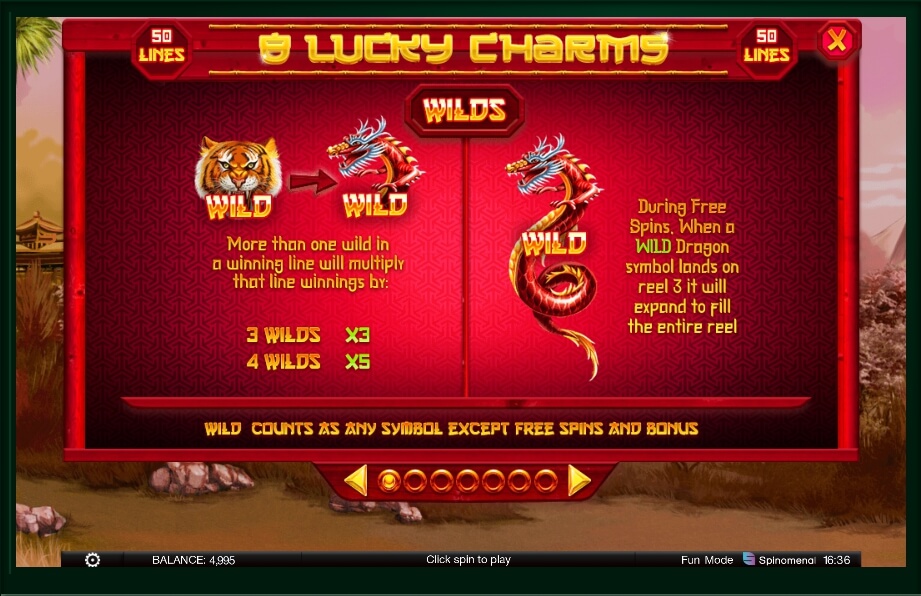 Among all the diversity of gaming applications, there is a fairly large segment of games related to the theme of China. The interest of players in this topic is explained by the remoteness of the country, the mass of legends and the vast history that everyone dreams of touching.

The incredible but very simple 8 Lucky Charms slot machine was developed by Spinomenal as another video emulator dedicated to the Chinese theme. This time, the developers focused their efforts on the quality design of the video slot, as well as giving it a unique style with the help of fauna, especially revered by the people of China. Such animals as a tiger, kittens and the fairy-tale creature of the dragon are found as usual attributes that bring rewards by the rules of ordinary symbols. But they are able to reward in a special way.

For example, Maneki Neko will present many free spins. Wild here is a picture of the dragon. And the image of the tiger immediately reveals special winning combinations and can bring the player multipliers of x2, x3, x4. The machine being viewed is decorated mainly in red and yellow colors. The game action is carried out on a red field, divided into 5 vertical drums.

At the very top of the game screen are placed hieroglyphs with the name of the machine, and the lower part of the interface is assigned to the buttons for control. When playing, the user will never get bored because of clockwork Chinese melodies and colorful animation, especially manifested by the presence of winning combinations on the game.

At moments of triumph, the lines on which a combination is formed begin to be highlighted together with numbers from 1 to 50, corresponding to their ordinal number. In addition to animals, when launching spins, there are also numerous card denominations, depicted similarly to hieroglyphs, and a couple of special elements responsible for activating prize actions.

For those who want to play at once on the highest limits, the bet max option is stored. The win window shows the current payout, if any, and the adjacent total bet area reflects the total bet size for all lines used. At the beginning of rounds, the user needs to choose either the auto-play or the spin option.

The latter alternative allows you to run backs manually, where after each round you need another spin to start the next one. Usual rotations here mean that each new symbol appears on the screen with some delay, but when the turbo mode is turned on, the process of starts is significantly accelerated, as the symbols appear at once in a set.