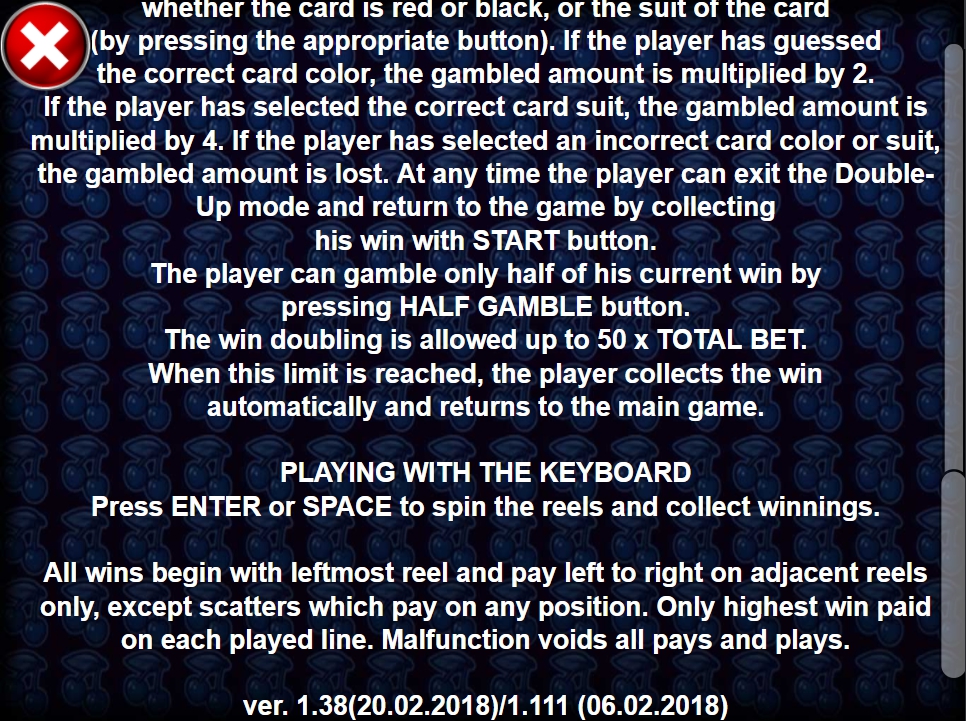 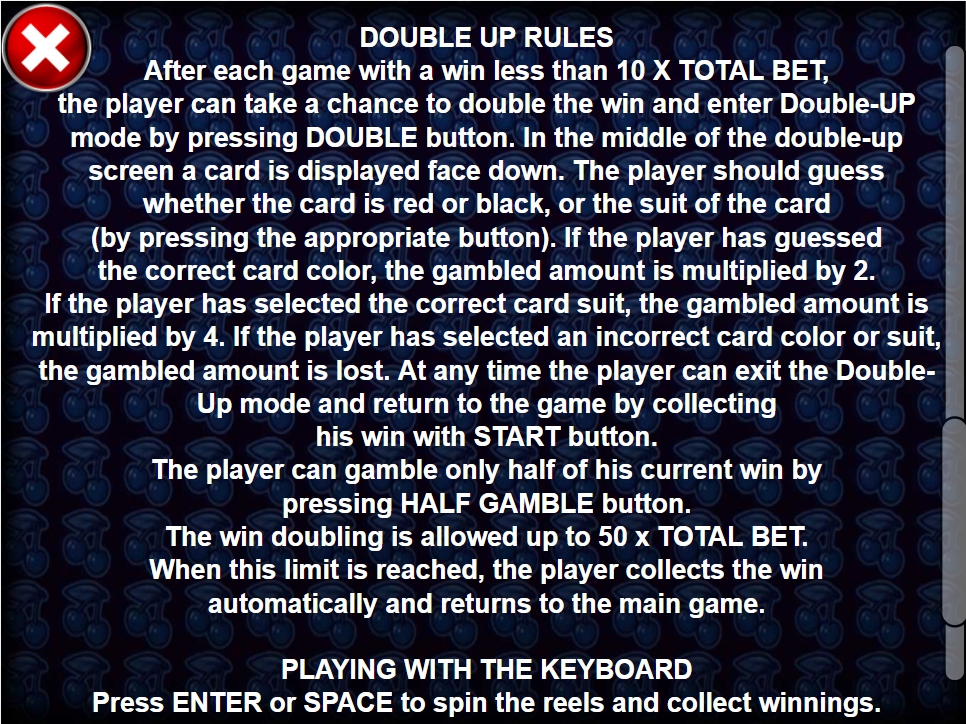 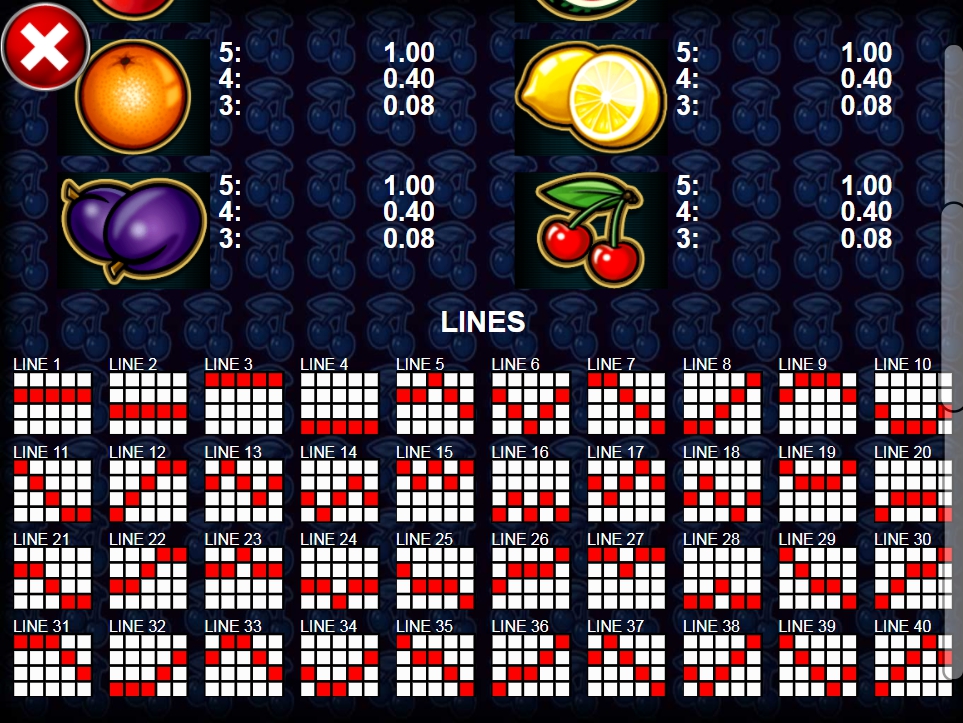 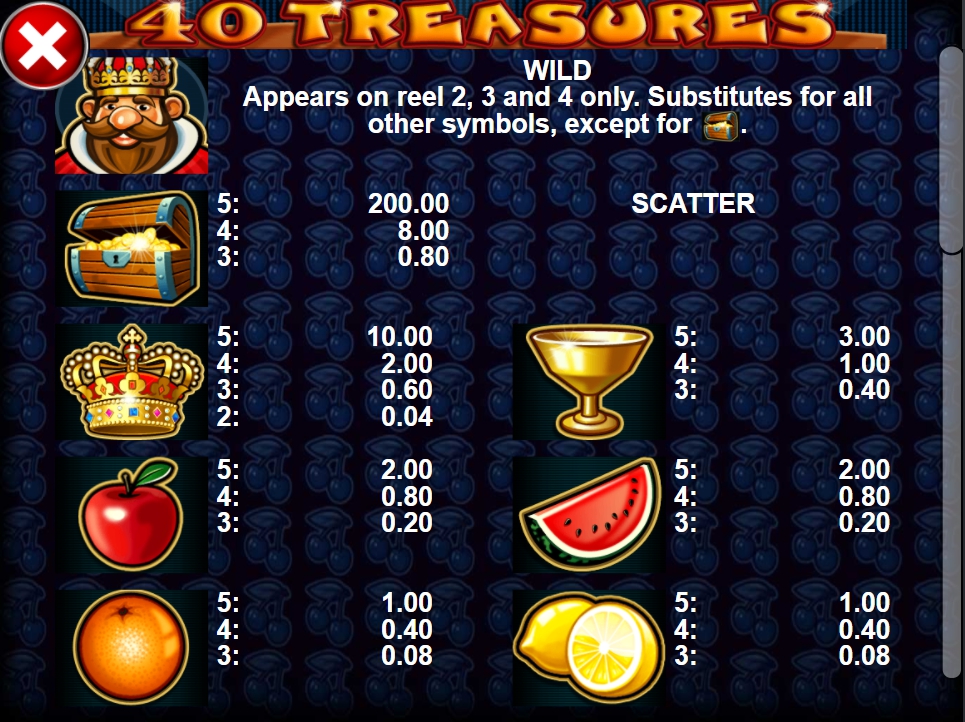 Gambling machines are considered to be the most fascinating entertainments for gamblers. So, one of the most famous companies for the development of video slots called Casino Technology produces quite diverse in their subjects and features automatic machines. One of the company’s famous slots is 40 Treasures, which combines a fruity story and treasure hunt.

Here, the user is invited to enjoy classical themes, as well as learn how to search for the most precious and exclusive treasures of the whole world. If the user succeeds, he will receive the most amazing treasure – the crown of the famous monarch!

The background of the game is depicted by various pictures of fruit, and on the reels there are seen only those symbols that refer to the fruit plot. Dark colors predominate in graphic design, making it more expressive and unique.

It should be noted that the game uses animations, which make the gameplay more interesting and believable. Also in the machine are used sound effects, giving the game more fun. So, every action of the player is emphasized by certain sounds.

To begin with, the user is encouraged to study the theoretical information, presented in the GAME MENU tab. In it, the player must decide on the appropriate game indicators. First of all, the user needs to fix the optimal bet using the buttons BET. In addition, the player should choose the appropriate number of game rows, which are set to a maximum of 40.

When all the theoretical information is user studied, he can proceed to the main game, returning to it by pressing the EXIT button. Next, the user must start the reels by using the START button. It is responsible for the manual scrolls, but the game also has an automatic launch feature, which is represented by the AUTOPLAY button.

The King here plays the role of a Wild and it substitutes for all other pictures except for the scatter. Note that the King appears only on reels 2, 3 and 4. The Gold Chest plays as a Scatter, and it can form scatter wins. For 5 Scatters anywhere on the reels you can win up to 40000 coins!

This game has a Double Up feature which you can choose to trigger each time you win less than x10 total bet. This will give you the chance to double up your wins. You will have to try and guess either the color or the suit of the card to be drawn.

If you make a wrong guess you will lose the gambled amount, if you guess you will either double or quadruple your winnings. If user clicks on Half Gamble he will gamble only half of his current win. This feature is allowed up to x50 total bet.