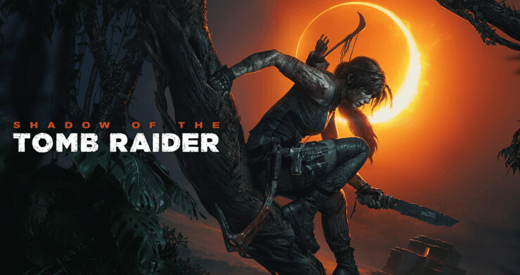 The big fans of Lara Croft are now invited to check out the third and last gaming creation in the Tomb Raider series. It all began when Tomb Raider was first released to the public back in 2013 and then inspired the gaming developers to create their own installment based on the original storyline. Being the tenth sequel, it was received by the public really well to the extent that the all-new Tomb Raider film reflected the gaming proceedings virtually to the letter. The Rise of the Tomb Raider was later released in 2015 having a lot more enhanced visual effects, although some especially strict critics made remarks regarding its plot.

Today, three years after all this had happened, the most recent adventure is going to be released on September 14 this year and we do anticipate that those who took part in its creation have done a good job all along. As soon as the first or, that is to say, the tenth gaming product was launched, the major part of critics could not avoid making remarks about the quality of this all-new release and we may say that the designers compromised on visual effects a lot. We can also admit that the anticipations regarding the next release are not so elevated and far-reaching, simply because there cannot be found too many positive reviews as of yet.

Tomb Raider series are aged over two decades. This is what makes this series one of the most long-lived of all, apart from such gaming products as Mario Bros and probably Castlevania among some others. The storyline behind Tomb Raider is altogether popular all over the globe, so there is no need to repeat the basic elements of the plot. It is rumored that in the course of this game’s creation, one of the designers accidentally enhanced the bust volume of the major female character, Lara Croft. When this game was first released in the mid-1990s, it became increasingly popular with male gamblers simply because the main heroine was intensely appealing and sexy. Such a unity of excellent gameplay and the sex appeal of the major character have turned this game into an absolute sensation.

Every gaming fan probably remembers their truly unforgettable experience while playing the authentic Tomb Raider game. Some of them might have found it in a second-hand store, while others took it from their mates who had already done with it. The game was released back in the mid-1990s, so much time has passed since then, but Tomb Raider remains a sensational game that was sometimes horrific to play. The scary elements could have come out of nothingness, but this was altogether a desirable effect for most gamblers. Some gamers do not even try to play any of the sequels, but we are pretty sure that they will never forget their memorable experience with the first one. At SlotsSpot, you may find the best gaming adventures to meet all tastes and preferences, so let your hunt for the old-world treasures be successful and rewarding!

A few sequels comprising of three animation movies and a bunch of slot games have followed the lead. The primary two movies featured several world-famous actors and actresses, while the most recent one, which was released to the public a bit earlier in 2018, featured Alicia Vikander in the main lead. She happened to be a winner of the Academy Award a few years previously for the best supporting role she played. Now it is just a matter of a couple of days before the all-new game will be launched. After that, the developers will most likely launch something entirely new. As long as the following games will bring considerable revenues, there will always be a reason to keep creating them. The latest movie had a budget of almost a hundred million dollars and proved to be a profitable venture, whose box office profits amounted to 275 million dollars and although this might not seem altogether stunning, it is quite sufficient to cover up the expenses and make the entire business justifiable.

It is already known for sure that the new game will be launched for stationary Windows-based computers, PlayStations 4 and Xbox One, while the scene is going to be set in the heart of the South-American jungles where Lara will encounter various dangers posed by the military entity – Trinity. Both the main heroine and the Trinity members are hunting for the same treasure, but the latter has big plans indeed – global domination! Anything inferior does not count. Their intentions lie within the aspirations to change the entire planet, which is more or less compliant with the idea of worldwide domination. During all these adventures, Lara is going to take part in the Mayan apocalypse and will be trying to change the situation for the better.

The latest installment as part of the reboot sequels will most likely result into another fascinating series, mainly because the on-going ones are all about the transformation of a survivor into a person who would seek to realize her own objectives and then into the one who has managed to master her skills and talents. It can be predicted that the following series are going to deal with even more fantastic challenges. It’s only a matter of time, so we all just have to wait for a while and see what comes next.