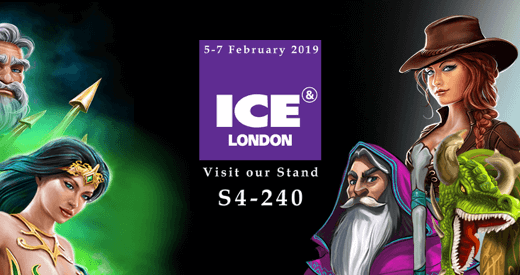 What else can boast a recognized game developer of, if not the quality and quantity of its outstanding models? Well, SYNOT has both. Remember the place and time (February 5-7 2019, stand S4-240, Excel London), and keep reading, as further you will be surprised!

Having received certificates in a number of highly reputable jurisdictions, including GLI, BMM, TSU or EZU, SYNOT has gained worldwide recognition among leading online gambling companies.

In addition, most of the developer`s projects immediately find their place among certificated European casinos and even outside the continent. What then to say about those works that are forever entrenched in the top ratings and the hearts of players?

Well, that’s not all, because the real surprises will begin during the most influential game show.

Many avid fans are wondering what to expect, and we have a consistent answer, because SYNOT Games is already preparing to present its ultimate portfolio, which will include not only the “classics of the genre”, but also updated versions of models, as well as sensational works of 2018, such as Dragons of Fortune, Double Hot and Mysterious Atlantis. The release of a crucial number of new products is also planned.

Furthermore, all of them will be offered for test not only online, but also in more “classic” versions of land-based gaming machines.

Moreover, the innovative Firebird system will be presented to the visitors, letting them almost dive into the event`s festive atmosphere. Can’t wait for so many new perks!