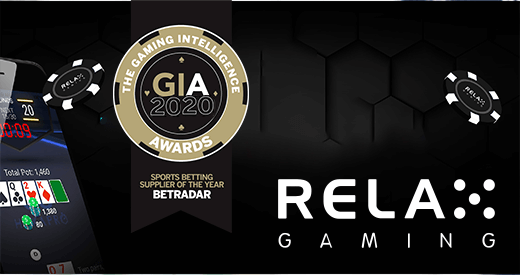 As one of the most innovative content providers and state-of-the-art aggregation platform, Relax Gaming has won yet another award in the world of excitement. This time it has got the honorary title of Poker Supplier of the Year at the Gaming Intelligence Awards 2020.

Last year, the Relax team surpassed itself. The success of the company was significantly increased, thereby reaching indicators above the ones normal for the average market, as well as stable growth in the sector. Isn`t it a real success?

Relax Gaming invented its personal new poker product, which is available to players exclusively through Kindred. The model was designed so that every fan of excitement could take a fresh look at the content available in the sector. Thus, the attractiveness of the sphere among users was expanded.

In 2019, the supplier launched a new platform in France, and 10 months later became one of the leaders in the field of poker.

Relax Gaming works tirelessly to promote the product, because all the development of the provider, including its revolutionary HexaPro platform, equipped with a number of functions that are necessary for any modern player.

HexaPro gained audience acceptance through its unique approach to the Jackpot SNG format, as well as modern graphics and the pre-game lottery. All this together created an incomparable experience for players.

The main goal of Relax Gaming was to revive the fading casino industry, which was successfully achieved. The company not only gave new life to the poker entertainment market, but also ensured the constant growth of its partner Kindred for several quarters in a row.

All this significantly expanded product range of the provider and strengthened its position in regulated markets.