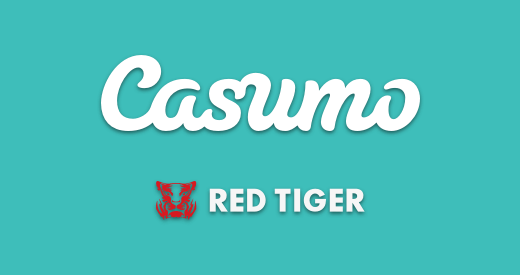 The world’s leading gambling and casino software operator, Red Tiger Gaming, launched its full range of slot machines along with Casumo. The latter company, in turn, is the first operator to have a recently issued MGA B2B license and start using it.

This cooperation will give Casumo players easy access not only to the world-rendered games launched by Red Tiger, but also to decent daily jackpots that are already available to be won in all markets in which the company is present, including Sweden, in which the manufacturer recently found its place.

The CEO of Red Tiger Gaming hastened to highlight the importance of new relationships and their full compliance with the company’s plans and strategies for further access to regulated markets and expanding their presence to existing ones.

He also expressed his joy at making a deal with Casumo, since the new contract and license are nothing but another important milestone in the development of Red Tiger Gaming, especially considering the daily jackpots for the players, adding a peculiar twist to each game.

It was also noted that Casumo has a great experience if we are talking about innovation and the search for new ways to interact with gamblers. Such a cooperation in the future should be fruitful.

Casumo also spoke about the deal, and so Andreas Vickman, project manager, noted the high-quality Red Tiger games, as well as innovative marketing tools and company bonuses, which can be considered an excellent addition and expansion of functionality for Casumo.

He also expressed his impatience to see new joint projects, because their idea is already being carried out within the walls of both companies, and soon revolutionary models will become available to the whole world.

After obtaining ISO 27001 accreditation and acquiring new licenses in Malta and Alderney, which is a great success for the Red Tiger, cooperation with Casumo appears another milestone in the development and expansion of the world-famous company.