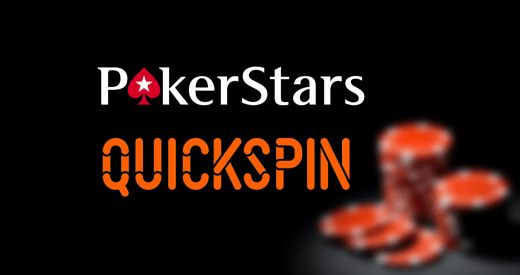 What else is Quickspin famous for, if not for its beautiful slots? Well, rejoice, friends! Now, wonderful content from one of the Playtech Group companies is provided in the regulated Italian market thanks to Pokerstars, one of the world’s leading brands.

All of Quickspin’s most memorable projects, including Sakura Fortune, Dragon Shine, Phoenix Sun, Wild Chase and Second Strike, are now available to local gamblers. Although, needless to say, in the nearest future, the list will be replenished with new memorable names!

Daniel Lindberg, CEO of Quickspin, claims that the cooperation appeared one of the most profitable in recent years, because a deal with such a giant as Pokerstars is already a kind of achievement.

Moreover, Quickspin does not even think about stopping and is already fully devoted to plans for the further development of friendship and partnership.

The head of the corporation also proves that for the Quickspin team, slot machines are a genuine passion that leads on their road to success. He also identified a specific mission of his company – the creation of games that are truly captivating. Definitely Quickspin is serious about conquering new and new peaks, not stopping at nothing.

2018 was truly fruitful for the Stockholm and Malta-based supplier. Just remember Eastern Emeralds with the highest multiplier being awarded with the title of “Game of the Year“.

Having started in 2011, Quickspin has successfully made its way to becoming the leading studio for developing real money games and social games, having been acquired by Playtech in 2016.

The company received licenses in several jurisdictions, and the content provided by Quickspin has repeatedly won awards, which helped the company to obtain agreements with many leading operators.