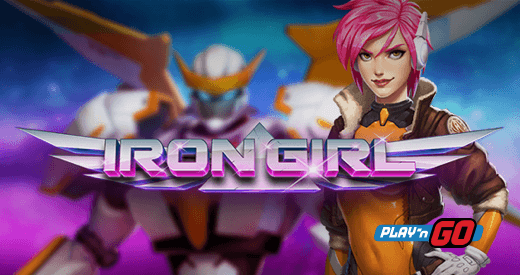 A renowned casino game provider Play’n GO has recently developed a brand-new addition to their fascinating collection of slot titles – Iron Girl. This is a space-inspired slot machine grounded on the spectacular adventures of the major female character. The game represents a five-reel video adventure that features the story of an Iron Girl, who is a chaser of criminals lurking all over the universe. She uses the Iron Weaponry in order to combat her enemies and hunt for criminals.

This video adventure marks a new stage in the career of Play’n GO developers featuring 3D-powered visual effects to make the icons better-looking and more animated. The game also offers a totally new gaming format that the company has never used in its previous creations. This is what makes it possible that this new slot is going to revolutionize the market in the short run.

The representative behind Play’n GO admitted that the 3D visuals are becoming increasingly widespread and popular in this kind of industry but they did not hurry to implement this technology into their slot products, because they waited for the kind of game that would be in harmony with such innovation and look stunning owing the use of 3D technology.

When the company’s designers were working on Iron Girl, they made a decision that they needed something that would turn this game into a legend so they added a new concept and more exciting features to the gameplay that is also packed with 3D-powered imaging. It is a highly entertaining slot product, while the visual effects add even greater touch to the experience of slot spinners, which is also of great importance for Play’n GO Company.

If the game really looks awesome and is easy to play, then the company might just as well expect it to turn into another sensation on the market.