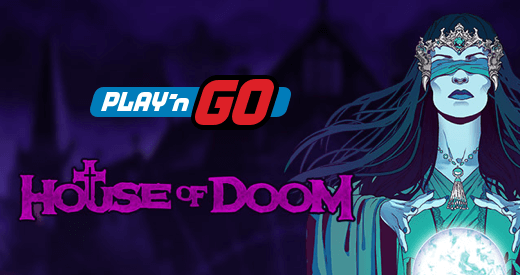 House Of Doom is On Offer

SlotsSpot is striving for making the latest gambling-related news readily available to its readers. We are happy to inform you that a reputable gaming producer Play’n GO has recently surpassed everyone’s expectations by inventing an authentic gambling-based product added with not only new features, but also a new musical composition for the delight of players. This recent invention is known as the House of Doom and represents a 5-reel game with a total of ten stable win lines. It has been entirely impacted by such genre in music as Heavy Metal.

In fact, the characteristic touch of Play’n GO invention has been added with a new perspective on the gameplay, which has taken the shape of a musical composition from a reputable award-nominated Heavy Metal Band – Candlemass. The Swedish singers have named their invention the House of Doom, which was exclusively composed for this very game and is suggested to act as the singers’ new musical release presented to the audience after short-term silence.

The new casino-driven invention was developed by the creative slot producer of Play’n GO – Martin Zettergren. Along with adding a new design concept to the range of features on offer, he also invested much time into listening to the song all over again in order to ensure that it is in harmony with the overall atmosphere of the game. One of the slot producers admitted that they all had much fun in the course of the new slot development.

Tamas Ujszaszi claims that the House of Doom development was wholly grounded on the musical genre as well as the specifically chosen song that was meant to provide an altogether satisfying experience to users. He also admits that they had lots of fun seeing how the producers enjoyed trying out their new casino-oriented product. In fact, this kind of project became the first ever blueprint in this category for the company’s slot producers, but they all seem to have enjoyed discovering the new grounds.

The company’s CEO Johan Tornqvist admits that it was a revolutionary idea. In fact, numerous producers have already released games that are grounded on diverse artists and musical bands, but none of them has yet composed a song designated specifically for the slot product. The game they have created is likely to produce incredible impact on slot spinners and music fans alike as well as those who might enjoy the shadowy and mysterious atmosphere of this slot.

The shadowy theme as well as the purposefully written rock composition really diversifies the slot collection of Play’n GO and the world of gambling at large, so it is likely to become a real sensation.