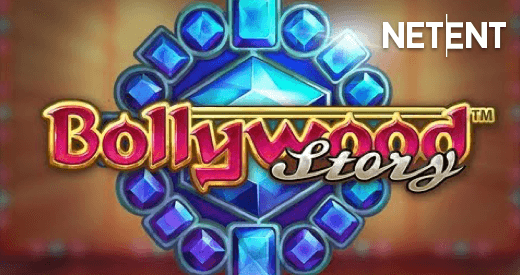 What could ever be more thrilling and exciting than an awe-inspiring story about Bollywood? The heroes of this long-familiar series are bright and vivid, while the storyline is filled with intriguing turns and twists and lots of dancing. It is no surprise that NetEnt has recently integrated all this into a brand-new Bollywood Story slot game that is going to revitalize the magic surrounding the long-lived movie series with the iconic characters and authentic atmosphere coming to life for the delight of casino users.

Bollywood Story represents a five-reel slot packed with only nine win lines, which nevertheless does not make the slot low-paying. As implied by the name, this slot product deals with the vintage-styled Bollywood love-story but in its own cartoon-inspired manner. This is exactly why there are so many long-familiar characters serving as the major icons across all five reels. As we spin the high-paying reels in order to make all these fascinating heroes spring to life, this game is going to add some more drive to the gameplay by granting plenty of bonus features to users.

Each and every spin of the reels will make the Floating Wild option accessible to players as long as the respective symbols emerge on the screen taking the form of the Flower Garland. Some of these Floating Wild icons are going to replace the rest of tokens but not the Scattered ones. Nonetheless, players can also activate the Free Spins mode where three or even more of the blue-colored Gemstone Scattered symbols will emerge on the screen. In the center of all this, you are going to be granted three to six Floating Wild icons that will add even greater wins to your possessions.

Just as expected by the gaming-loving public, NetEnt developers have implemented their own exclusive twist of the plot into the storyline of the game. Although the game itself was inspired by the bright and vivid Bollywood movie, the gameplay takes place in a mysterious and highly unconventional landscape filled with incomparable magic. Nonetheless, the opportunity to hit a thousand times bigger reward than your initial wager coupled with a few bonus features and the fascinating range of prizes will make the gaming process filled with enough brightness and vividness peculiar to the original movie.