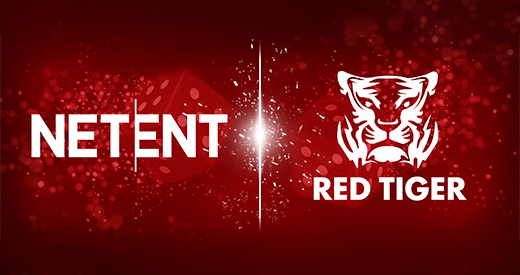 Recently in the world of the gaming industry, there was great news that the world-famous company NetEnt has signed an agreement to purchase a promising supplier of Red Tiger Gaming Limited slots. The initial acquisition cost exceeded £ 200 million. It is also expected that there will be additional costs of at least 23 million pounds. According to NetEnt representatives, the deal will be completed by 2020.

Red Tiger was founded in 2014. Among Red Tiger players, they are known for jackpot games. Companies operate on the Isle of Man, Malta and some other countries where the gaming industry is developed. In total, the company has more than 150 professional developers. The company makes high profits from sales of software products. By the end of 2019, net profit exceeds £ 18 million.

NetEnt continues to expand, making every effort to create a successful gaming future. Only in the past few years, the company has increased its scale several times, through the acquisition of small manufacturers. Referring to the preferences of the players, and using modern technology NetEnt has become one of the largest suppliers of software in the world. The acquisition of Red Tiger gives the company even more opportunities and guarantees a significant breakthrough among competitors.

In an interview, NetEnt CEO Teresa Hillman said that the deal was a huge breakthrough, as a result of which two innovative companies could join forces. A team of Red Tiger professionals will work together with world leaders and as a result, players will be able to see a completely new and unique product in the gambling market.