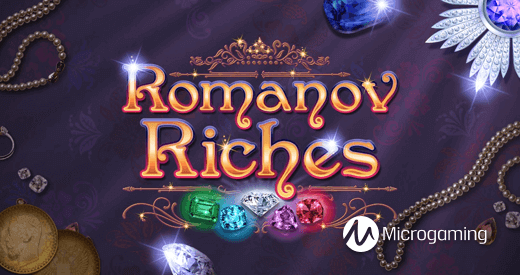 Romanov Riches isn’t just another game from the well-known developer. Because it is something that everyone was waiting for so long. This time, the player will travel through time, right to the Russian Romanov dynasty age.

Just like in all classic slots, the main objective for the gamer will be collecting gems on the same paying line in order to get interesting prizes. As always, the game contains five reels and fifteen paying lines.

It is the first slot that was officially released by a new group of developers. They have worked hard, just to make sure that it is going to see the world this autumn. They wanted to both pay their respect to the classic aspect of slots and deliver something new to this formula. That’s why main symbols of the project are gems. They should be combined in order to produce an even bigger outcome.

With every spin, the combination that the player is aiming to get will become more and more profitable. It is even possible to collect a specific selection of gems in order to produce some good bonuses, such as the respin feature.

This project is created not only for hardcore gamers – it is opened for all users of the net, for those who have only discovered slots and those who are interested in some investigation of the past ages. If you are ready for some classic adventure with gems and treasures – be sure to check out this new game.