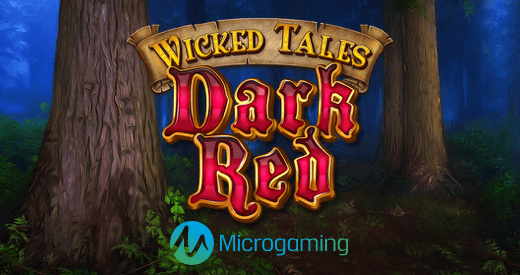 The already renowned developer of Playboy Gold and Halloween series of online games has now presented a brand-new slot invention and this time they have made sure they offer a classically designed tale with a totally new twist to make every gambler delighted.

This is a five-reel game packed with 25 win lines where the scene is set in the depth of the wild forests of Ravenmire. Here you will encounter various unexpected collisions of fantasy-inspired storylines. The slot has a bunch of completely new features such as the Wandering Reels, which represent the three reels that are supposed to spin all at once and are added with Jumbo Blocks, which will increase your chances of grabbing a prize many times.

If you arrive at three bonus icons during the elementary round, the Wolf’s Wheel Bonus will be automatically activated and the gameplay will become much more intense. In the process of playing the bonus round, players will get an opportunity to spin the wheel in order to grab some additional prizes together with multipliers and even a treasure chest, which can trigger the Forest of Fortunes feature where players will get hold of extra bonuses with ease.

During the Forest of Fortunes feature, gamblers will be able to choose from a range of leather-made pouches in order to get hold of extra cash rewards, which will also increase the powers of a multiplier every time the leather pouch shows up with a monetary prize. Immunity features such as an axe can also be gathered, which will assist gamblers to make the bonus round a bit longer by fighting against werewolves who will be trying to put an end to this bonus.

In case you arrive at any high-value icons in the course of wheel bonus feature, you will be able to enter the free spins game, where you will be granted a chance to use up to nine extra spins for free. The game has Wandering Reels and the scene is set in an empty cabin, which will make it possible to defend yourself from the werewolf on your way to even bigger prizes.

Every gambler will have lots of chances to win big and penetrate the world of magic together with Wicked Tales: Dark Red, which was launched on 26 September 2018.
The representative from Microgaming admits that the major characteristic of this game is the fact that it revitalizes the awe-inspiring Wandering Reels option together with the bonus wheel feature, which will allow you to enter bonus rounds and grab some extra spins for free. Tripe Edge Studios have performed incredibly well by producing a splendid game packed with fun features and all-new design peculiar to a thrilling classically styled fantasy tale.