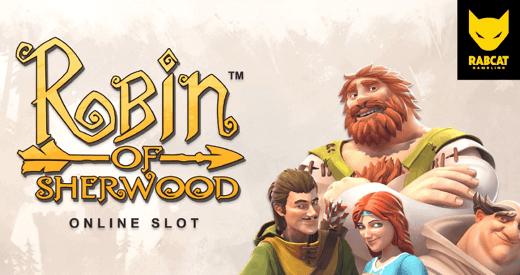 Robin of Sheerwood is not only a project that is based on a good old story, but also a perfect example of how slots should look in 2018. It was released not that long time ago, but has already become fan favorite. Therefore, it is important to say at least a couple of words on why it is so.

There are totally 243 paying lines in the game all over five reels. It is a slot about the well-known outlaw, called Robin Hood. When it comes to wild symbols, it is obvious that arrows are the thing that the player should look for. By collecting enough symbols, it will be possible to get free spins. There is also a multiplication of the player’s stake by 1000 for those who are going to deliver five arrows on the same line.

By the way, during the playthrough, you will be awaited by numerous mini-games that are represented for bonus purposes. Here you can also look for cards and collect them. The player will have to choose which target to shoot after triggering the gamble option that provides an opportunity for doubling the money won. One of them will double the outcome of the game. The gamble is limited to five rounds.

The Robin of Sheerwood game is an example of why people are interested in slots. By releasing such a beautiful game, developers have already made it classic. Where else can you feel a real arrow-shooting hero?