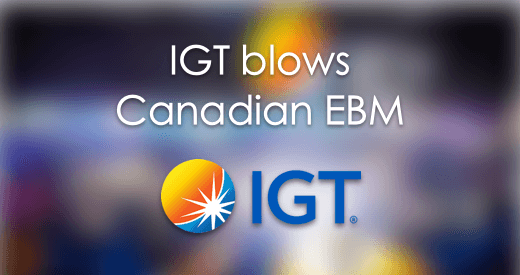 The middle of November became significant for the Canadian market, referring to entertainment in the field of bingo. Thus, International Game Technology has become the first representative of its kind, releasing electronic content for bingo on the Canadian market.

This way, The Ontario Lottery and Gaming Corporation appeared to be the first Canadian lottery to provide a number of electronic bingo by IGT. The offer includes 12 gaming halls by OLG.

Thus, players will be presented with such masterpieces from IGT as Bengal Eyes, Golden Rooster and Pharaoh’s Legacy, which is only a small part of the number of incomparable electronic versions of bingo games that Canadian gamblers will be offered in the 12 most developed gaming centers governed by OLG.

In turn, David Flinn, being the regional vice-president of IGT in Canada, considered it his duty to note that the provision of electronic bingo content in the Canadian market will lead to irresistible growth and development of both the company and its current and future customers.

He also added that the bingo set for the Canadian region perfectly complements the already existing portfolio, being based on the loudest model names. Thus, the most ultimate offers received their exclusive localized versions, aimed specifically at meeting the gambling needs of even the most demanding Canadian players.

After successful introduction into the market with the help of OLG, the company is already planning an impressive expansion throughout the country, including new regions of Canada. Look forward to!